A curious badger sniffing fresh bluebells, ponies trekking around Beachy Head and a curious mouse poking its head out from inside a half-eaten apple, in their own way they all encompass the great British countryside.

And these are the 12 glorious photographs picked from 42,000 entries to grace Countryfile’s annual calendar. The stunning pictures — chosen by veteran presenter John Craven, Cerys Matthews and Simon King — will now be voted on by the programme’s viewers to decide the winner. The favourite then becomes the cover of Countryfile’s 2020 calender, which is sold in aid of . 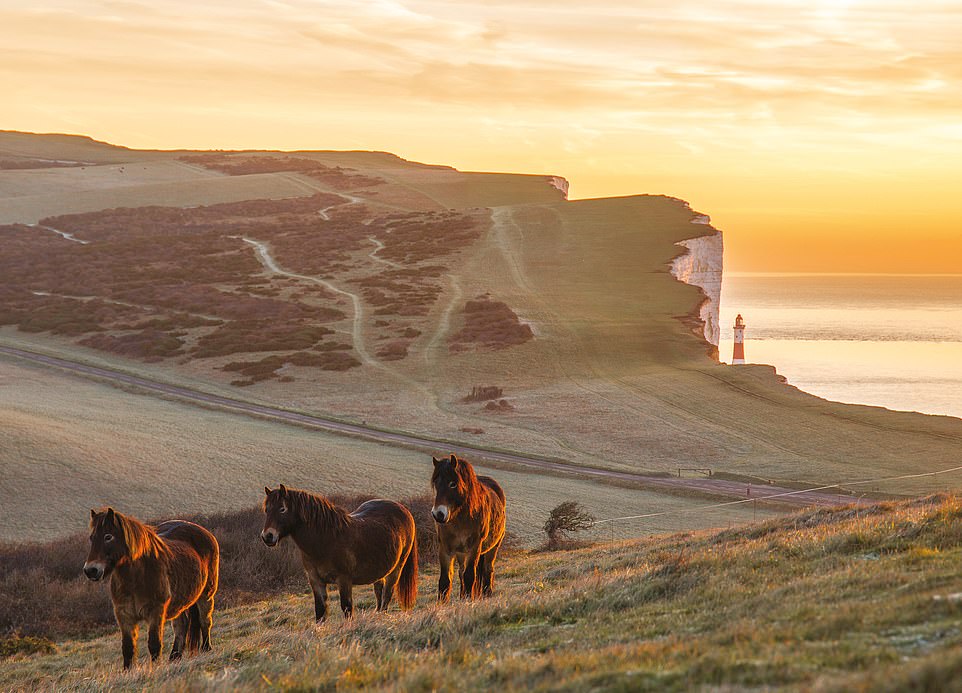 JANUARY: Ponies in the sunrise at Beachy Head by Ashley Hemsley. The theme for this year’s photographic competition was Beauty and the Beasts 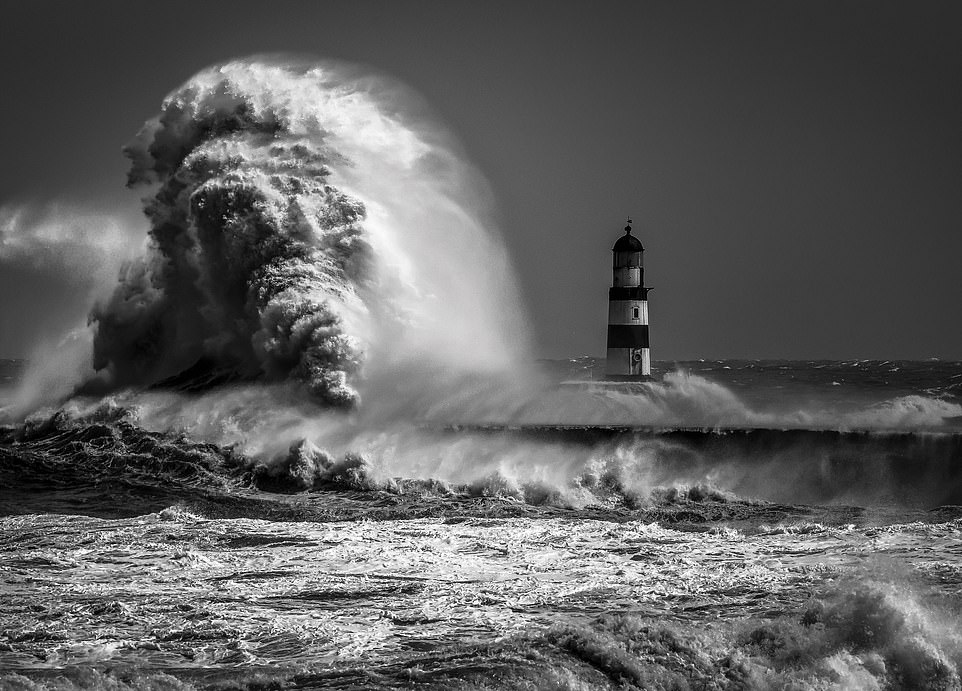 FEBRUARY: The Tide is High. Seaham Harbour in County Durham by Neil Rutherford. There were more than 42,000 entries which were whittled down to the final 12 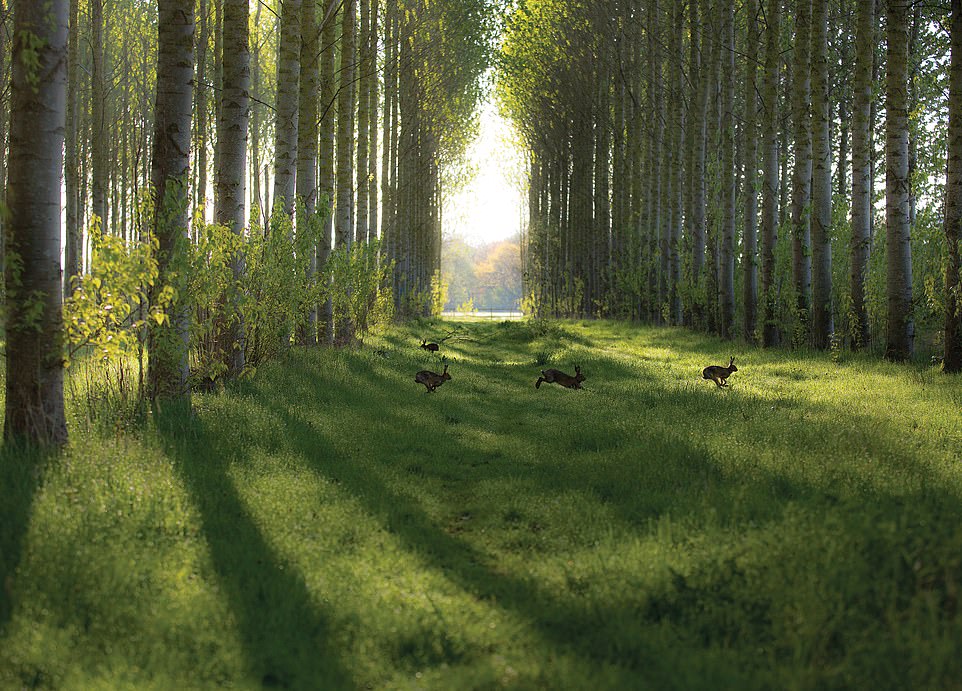 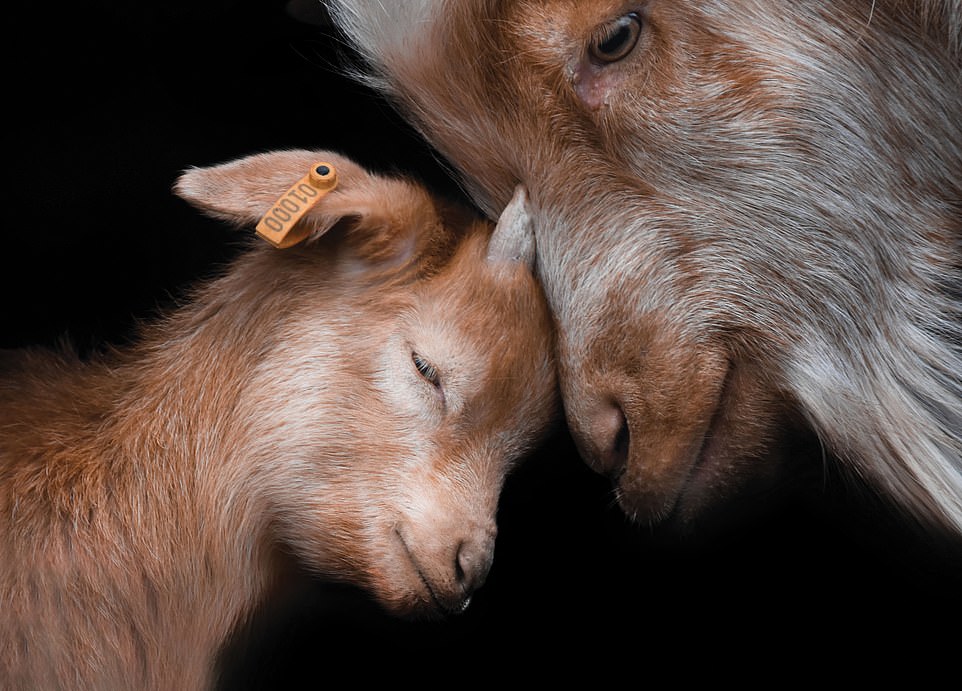 APRIL: Here’s looking at you, kid. A tender moment between a nanny goat and her youngster preserved for ever by Laura Ellis in Temple Newson, near Leeds 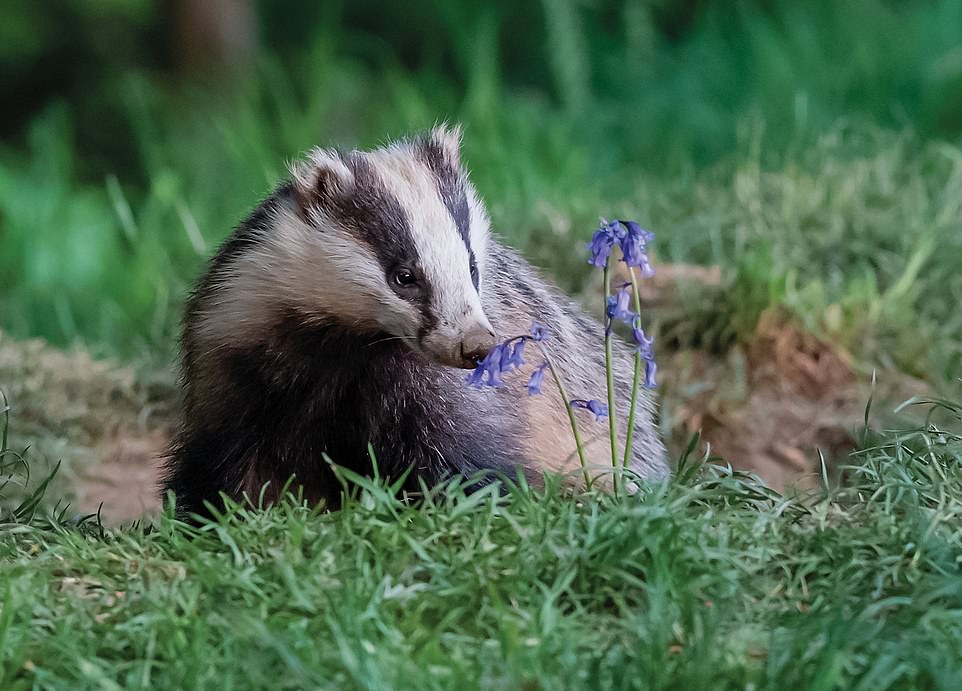 MAY: A badger pictured by Trevor Hupton sniffing a bluebell in Sheffield, South Yorkshire. The pictures were voted on by Countryfile’s audience 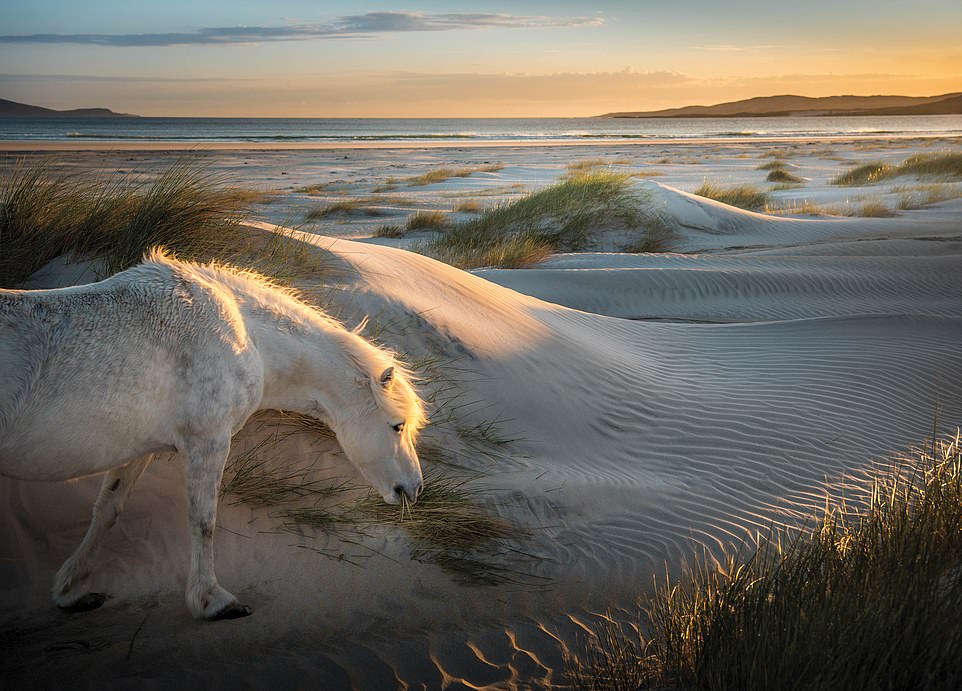 JUNE: A pony grazing on the sand dunes at Luskentyre, Isle of Harris, by David Brown. The calendar will be sold in aid of BBC Children in Need 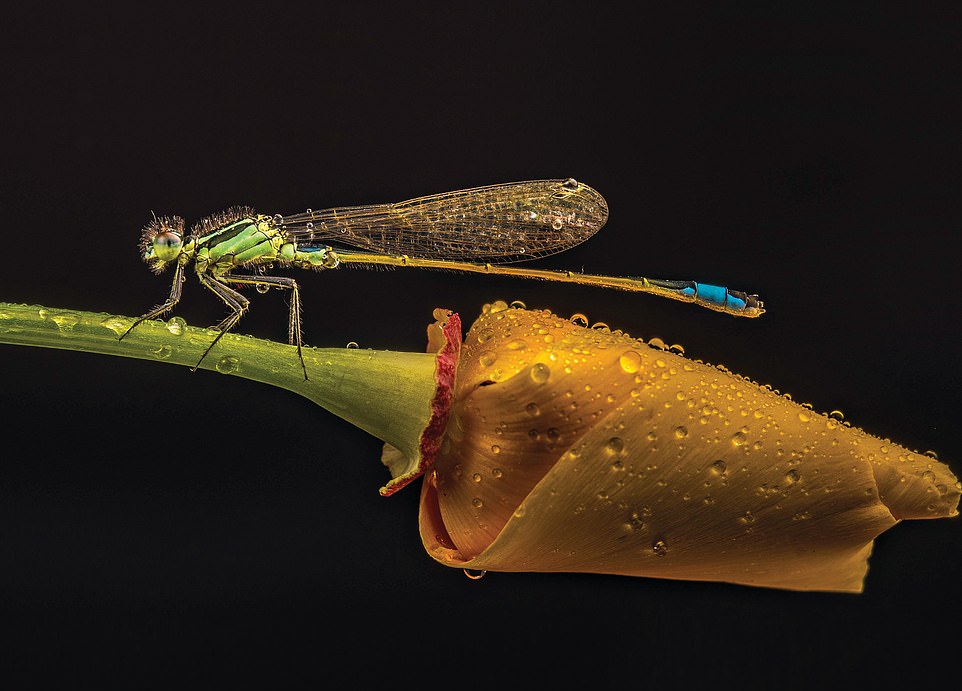 JULY: A damselfly is snapped by David Lain in the dew on a closed bloom in Bolton on Swale, North Yorkshire 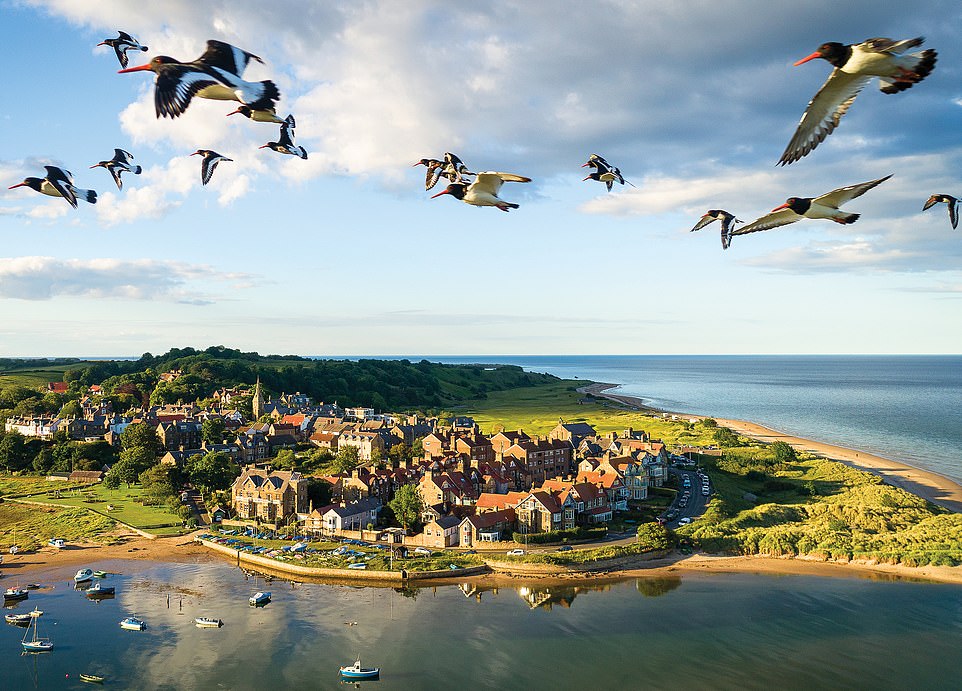 AUGUST: An almost surreal study of oyster catchers above Alnmouth, Northumberland, posing the question: How did photographer Richard Armstrong get so close? 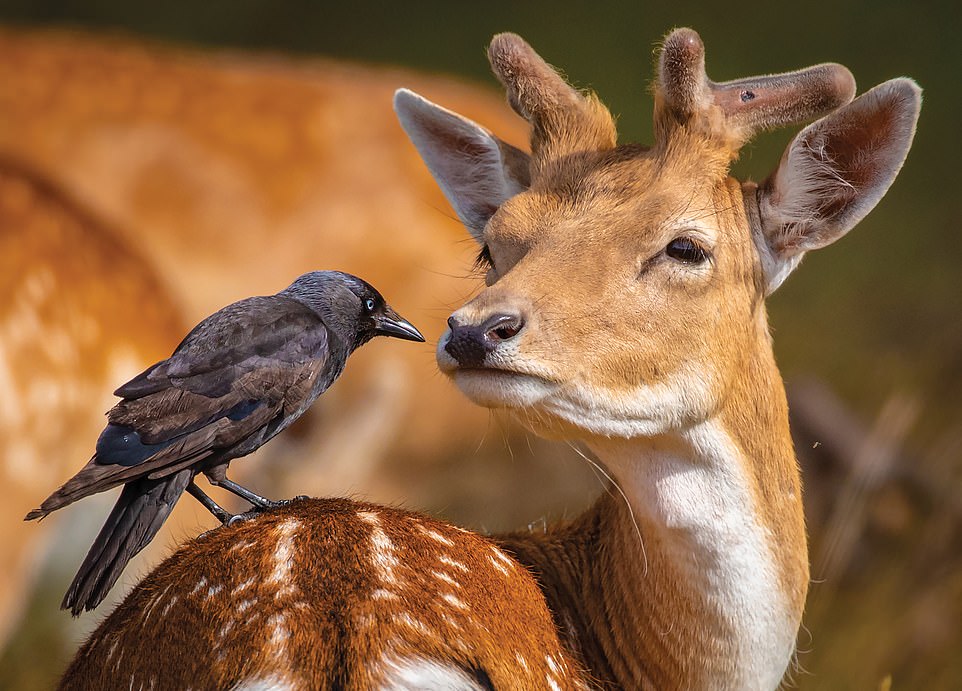 SEPTEMBER: When we’re dancing cheek to beak: A jackdaw and a deer getting close in Bushy Park, London, are put in the frame by Paul Abrahams 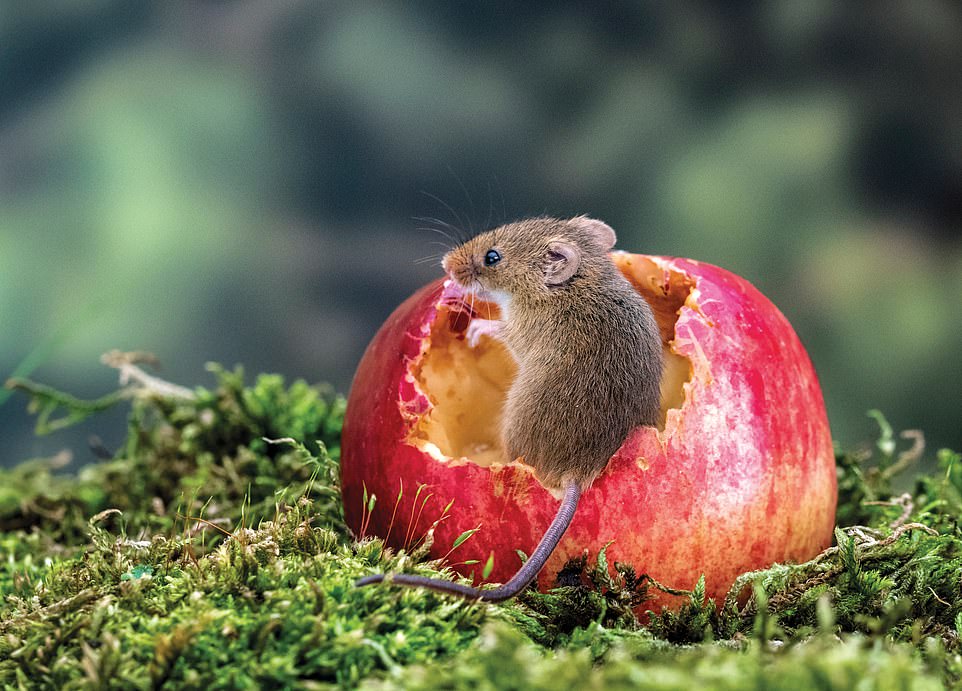 OCTOBER: A mouse spotted keeping the doctor at bay with his apple a day by Michelle Howell in Scarborough, North Yorkshire 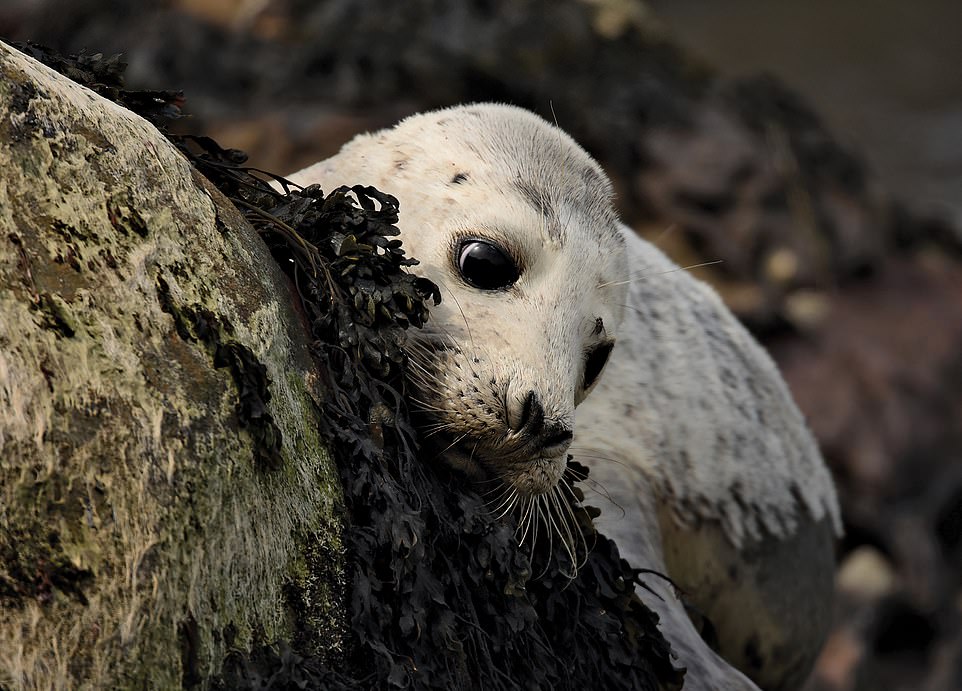 NOVEMBER: A rather mournful looking seal at Ravenscar on the Yorkshire coast, photographed by Mark R. Duffield 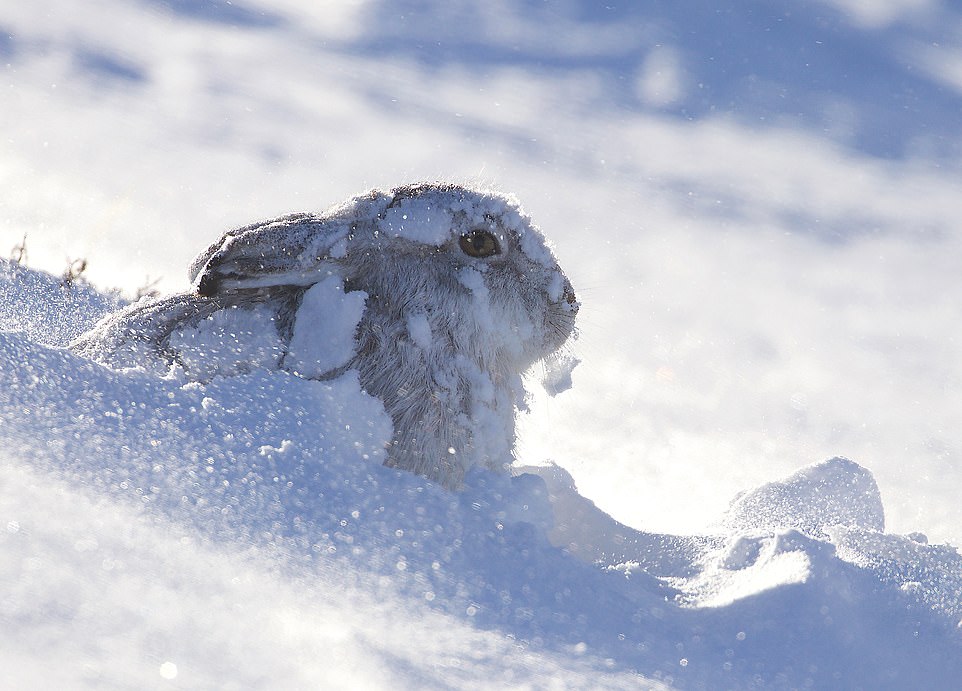 DECEMBER: A mountain hare emerging from the snow at Cairngorms National Park by Jane Deville