Mitch McConnell put the debate over gun legislation back in ‘s hands Tuesday when he said he’d be happy to bring any bill to the Senate floor the president said he would sign into law.

‘I said several weeks ago that if the president took a position on a bill so that we knew we would actually be making a law and not just having serial votes, I’d be happy to put it on the floor,’ McConnell told conservative talk show radio host Hugh Hewitt. ‘If the president is in favor of a number of things that he has discussed openly and publicly, and I know that if we pass it it’ll become law, I’ll put it on the floor.’

The Senate Republican Leader is laying his mark with the president ahead of Congress’ return to Washington D.C. next week after their August recess when gun legislation is expected to be a major topic of debate on Capitol Hill. 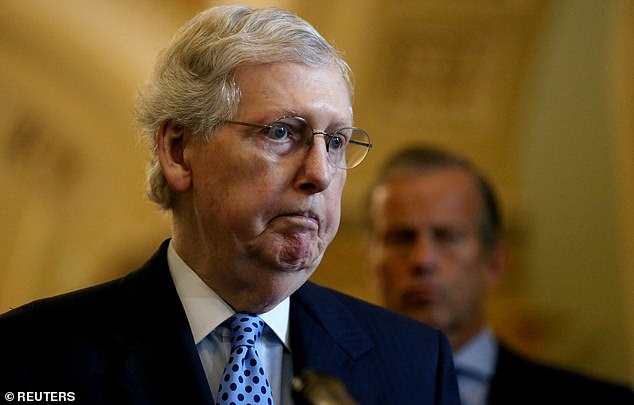 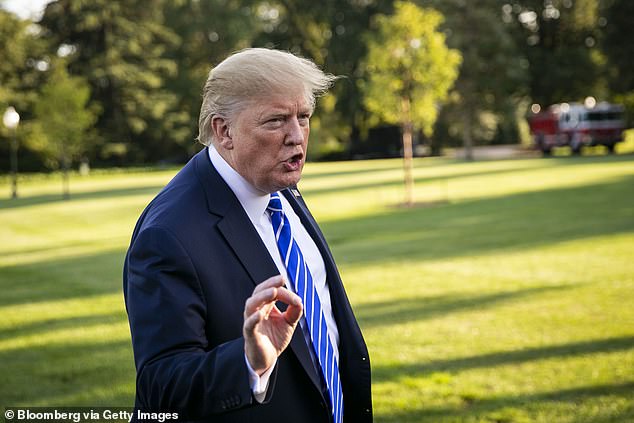 He said he expects to hear from the White House in the next week on what – if any legislation – it is prepared to support.

‘I expect to get an answer to that next week. If the President is in favor of a number of things that he has discussed openly and publicly, and I know that if we pass it it’ll become law, I’ll put it on the floor,’ McConnell said.

McConnell’s comments come after seven people were killed and 22 people were injured in a mass shooting in Odessa, Texas, on Sunday.

And, on Monday, Wal-Mart announced it will stop selling ammunition for assault rifles and handguns and will ban customers from openly carrying firearms inside across its 4,177 stores.

Earlier this month 22 people died in a mass shooting at a Wal-Mart in El Paso, Texas.

The White House has not said publicly what kind of legislation it is prepared to throw its weight behind.

Mike Pence’s Chief of Staff Marc Short on Monday told reporters traveling with the vice president in Ireland that the administration was in discussions with the Department of Justice about the potential bills.

He pointed to a draft proposal from Attorney General William Barr to allow the use of the death penalty in convictions for mass shootings – although that is not something Democrats are likely to support.

President Trump, meanwhile, has said background checks would not have stopped the mass shootings that have taken place and has framed it as a mental health issue.

But he walked back his talk after lobbying by the NRA and its president Wayne LaPierre. 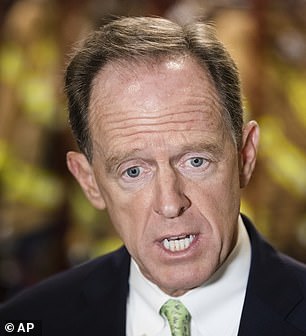 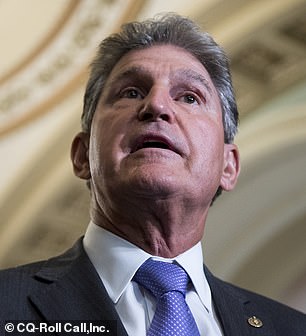 One legislative option is from Republican Senator Pat Toomey of Pennsylvania (left) and Democratic Senator Joe Manchin of West Virginia (right), who are pushing a measure to expand background checks for gun purchases 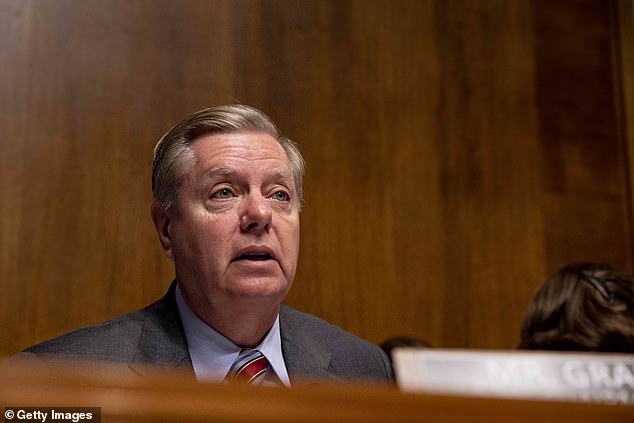 And Senator Lindsey Graham is pushing a ‘red flag law’ that would allow law enforcement, family members and others to ask a judge to confiscate firearms from people who are deemed to be dangerous.

In early August, LaPierre reportedly warned the president that an expansion of background checks would anger his supporters – the implication it could hurt him at the ballot box in next year’s election.

Trump, at the time, brushed off the talk, arguing he could sway Republicans to his side. But after an all-out effort by the guns-right group, the president appeared to change his thinking.

In mid-August he took a step back from that when speaking to reporters in New Jersey, where he had been spending time at his Trump National Golf Club Bedminister.

‘I’m not saying anything,’ he said when asked if he’d support universal background checks.

Trump also said he was ‘very, very concerned with the Second Amendment, more so than most presidents would be. People don’t realize we have very strong background checks right now.’

A majority of Republican senators are strong supporters of the second amendment and would be reluctant to vote on further gun restrictions – particularly headed into an election year.

Current U.S. law only requires background checks on guns sold through licensed dealers – and not for gun shows, private sales or fire arms sold online. Sales by authorized dealers account for 78 per cent of all gun sales in the United States.

Democrats have put the pressure on McConnell and the Senate to act, noting that the House passed universal background checks for gun purchases earlier this year.

But only eight Republicans voted with them on the measure and Trump, at the time, vowed to veto it although it never came up for a vote in the GOP-controlled Senate.

Democratic leaders even called on McConnell to recall senators to Washington in August to take up gun reform legislation, which he refused to do.

There are a few legislative options on the table. 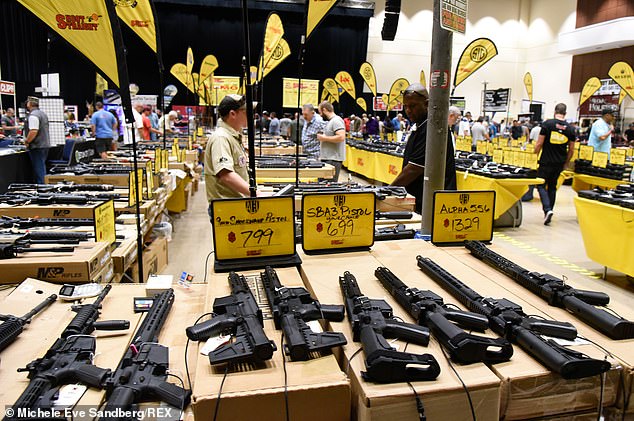 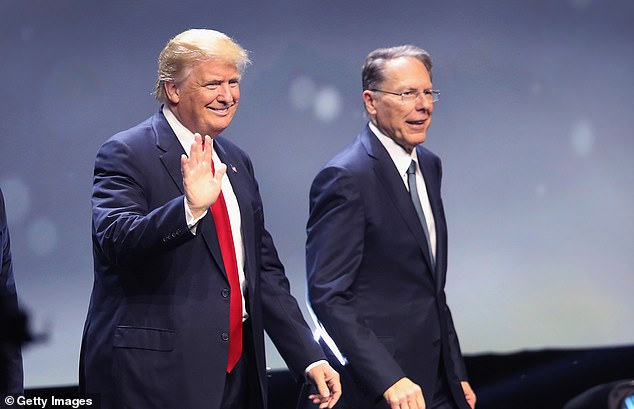 They first wrote the measure after the Sandy Hook Elementary School shooting in 2012 and are pushed it again after 31 people died in mass shootings in El Paso, Texas, and Dayton, Ohio, in early August.

But it has failed twice in the Senate already and, while Trump has spoken to the senators about their legislation, there is no guarantee he will give it his blessing.

Another possibility is a ‘red flag law’ – such as one being championed by Trump ally Senator Lindsey Graham – that would allow law enforcement, family members and others to ask a judge to confiscate firearms from people who are deemed to be dangerous.