introduced a $10 trillion plan to combat on Wednesday that promises a move to carbon-neutral electricity that creates millions of jobs in the process.

Harris’ plan promises an evolution to a totally ‘clean’ economy by 2045, making her plan one of the more expensive ones that’s been unveiled while pledging similar results of the Democratic contest.

She is the last of the 2020 Democratic presidential candidates polling in the double digits to introduce a climate change program, in a strategic move to release her agenda on the same day as ‘s seven-hour climate change forum. 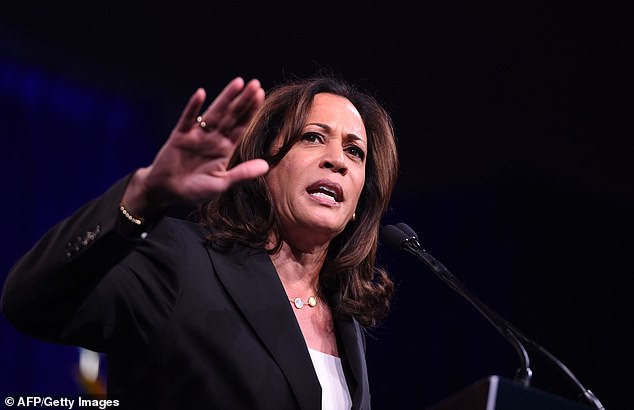 Kamala Harris’ 10-trillion plan to combat climate change, released on Wednesday, is hands down one of the most expensive of the Democratic field 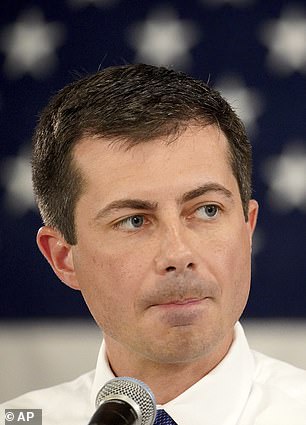 Elizabeth Warren claims to have a plan for everything, but she didn’t put a comprehensive climate change proposal forward until Tuesday evening, and she borrowed it from a drop-out candidate. Pete Buttigieg released a modest proposal Wednesday morning like the one Joe Biden is getting hit for from activists and his competitors

His calls for just $1.112 trillion in spending and does not reach net-zero emission until 2050.

Elizabeth Warren put a comprehensive plan out on Tuesday evening that would spend $3 trillion to reach a zero emissions standard for ‘light-duty passenger vehicles, medium-duty trucks, and all buses’ by 2030 with electricity meeting the standard by 2035.

All times for candidate appearances are in EDT:

She had in June released a $2 trillion plan specific to green manufacturing she says will create 1 million new jobs. However, her updated proposal sweetens the pot with a $1 trillion investment in clean energy that’s paid for through the curtailment of subsidies for the fossil fuel industry.

The candidate who claims to have ‘a plan’ for everything borrowed hers from Washington Gov. Jay Inslee, who dropped out of the contest last month after his single-issue campaign to stall global warming failed to attract widespread support.

Voters who say that climate change is a leading issue for them are backing Warren anyway, a poll taken on behalf of the Sierra Club shows.

Among those voters, 21 percent say Warren has their support. Joe Biden is rated first at 30 percent, and Bernie Sanders is in third at 20 percent.

Everyone else is in the single digits, including Harris. She’s lost six points of support since July, leaving her with seven percent support in that category of voters.

Frontrunner Biden put out a plan in mid-August that is similar in structure to the one Buttigieg released Wednesday in that it takes a less aggressive and less costly approach to the problem that several 2020 Democrats have named as the leading threat to the United States and an existential crisis,.

Biden’s plan calls for $1.7 trillion plan in spending and does not achieve clean energy or net-zero emissions until 2050. His plan does not call for quitting fossil fuels, although he says he’d end subsidies to the oil and gas industry, leading to attacks from his progressive rivals.

Knives were out for Biden on Wednesday morning ahead of CNN’s forum 10-candidate forum that begins at 5 pm EDT and does not end until midnight.

‘You’ll hear from quite a few candidates tonight, but only one of them, Bernie Sanders, recognizes that our climate crisis demands a bold, detailed Green New Deal,’ Sanders campaign manager Faiz Shakir said in a statement.

He added, ‘If you believe the scientists, and everyone on stage tonight claims that they do, then the burden is on each and every one of them to detail what their plan is to avert the impending climate catastrophe.’

In a slap directed at Biden, he said, ‘When it comes to banning fracking, achieving 100 percent renewable energy or taking Wall Street and the fossil fuel industry to task for their roles in creating this crisis — there is no middle ground.’

Sanders put forward an ambitious plan in August with a $16.3 trillion price tag that promises to create 20 million new jobs and end unemployment in America.

Billed as the ‘Green New Deal,’ the 2020 presidential candidate’s proposal capitalizes on the notoriety of Rep. Alexandria Ocasio Cortez’s climate change framework of the same name. His declares global warming a climate emergency.

The plan will pay for itself over 15 years and make the United States total reliant on renewable energy for electricity and transportation by 2030, an  boasts. It promises the Green New Deal will be far-reaching and present solutions for other major problems like illegal immigration. 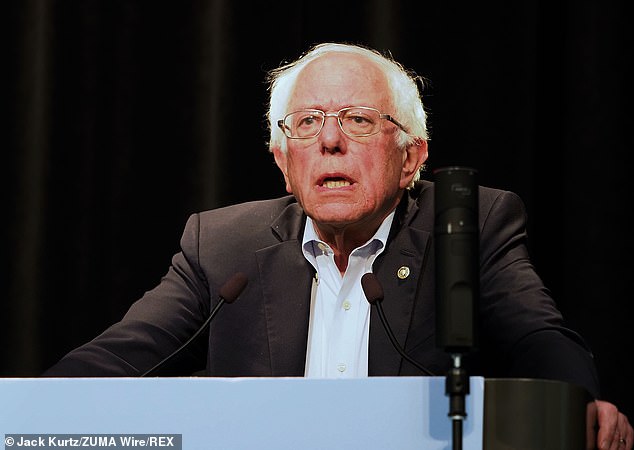 He focuses his proposal around an Obama-era plan to build high speed rail system across the entire nation.

‘We will move beyond oil toward an electric car. Concerns of cost and whether there will be access to a charging station have prevented many people from being able to choose this low-carbon option. We are going to change that,’ the proposal declares.

It insists, ‘When Bernie is president, he is going to fully transform our energy sector away from fossil fuels, ensuring no one is priced out of this transition.’

Sanders’ plan does more than just wean the U.S. off fossil fuels. He vows to prosecute oil companies and penalize them for the release of pollutants.

He said of the oil and gas industry in a tweet when he released the plan: ‘I welcome their hatred.’

Sanders said in a Wednesday afternoon tweet that he’d devote the resources to climate change that a national emergency deserves.

‘Trump’s still trying to waste billions of taxpayer dollars on a wall, using a phony “national emergency” to ignore Congress and the Constitution. Think of the urgent work we could be doing together, instead, if we treated climate change like the national emergency that it is,’ he stated.

Notre Dame to cover up murals of Columbus due to portrayal of Native Americans
Chuck and Nancy make nice with Trump for infrastructure meeting, don't discuss investigations
Tirion 'Tiri'​ Griffiths allergic to sun as light exposure can trigger painful blisters
Woman falls 80 FEET while attempting an extreme yoga pose over her balcony in Mexico and survives
Promising HS quarterback drafted by Northwestern is arrested over multiple sexual assaults
Prince Harry and Meghan Markle hire David and Victoria Beckham's highly-rated former Hollywood aide
Joe Biden comes up with a new nickname for President Trump calling him 'President Tweety'
Top vaccine scientist says coronavirus could only come from an animal through a 'freak of nature'