He’s been reluctant to talk about their relationship.

But Shawn Mendes, 21, was not at all shy about expressing his affection for girlfriend Camila Cabello, 22, on Wednesday.

From the passionate kissing to the cuddling, the lovebirds looked head over heels for each other during a PDA-packed exploration of Shawn’s hometown of Toronto. 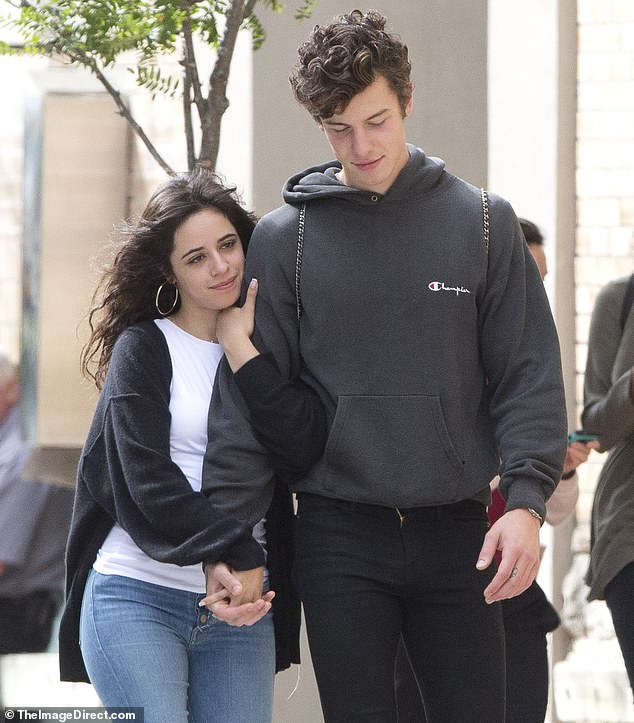 It’s love! Shawn Mendes was not shy about sharing his affection for girlfriend Camila Cabello during a very PDA-packed outing in Toronto on Wednesday

Camila held her boyfriend’s hand while snuggling close to him during their laid-back walk.

The songbird had the look of love on her face as she gazed adoringly at her beau while walking arm-in-arm with him.

At one point, the couple stopped from their stroll to share a very passionate kiss.

Shawn could not stop smiling while enjoying some quality one-on-one time with his Señorita collaborator. 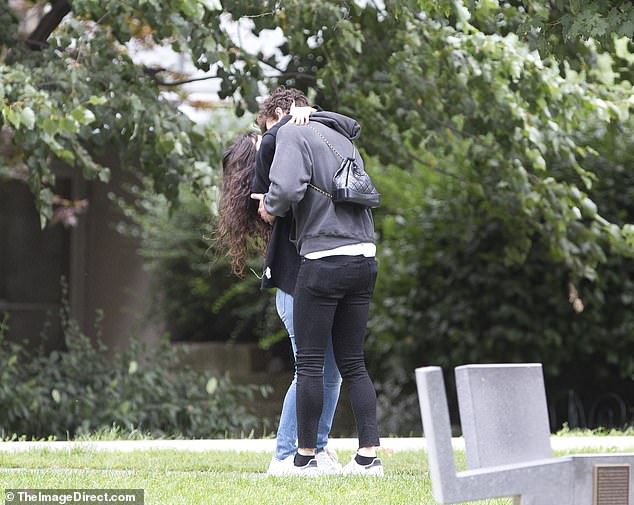 Sealed with a kiss! Cabello flung her arms around Mendes for a passionate smooch

The couple were casually dressed for the laid-back stroll as well.

Camila wore jeans, a white T-shirt, a black sweater, and wore her black hair down in loose, fresh waves.

She appeared makeup-free, with just large hoop earrings glamming up her look. 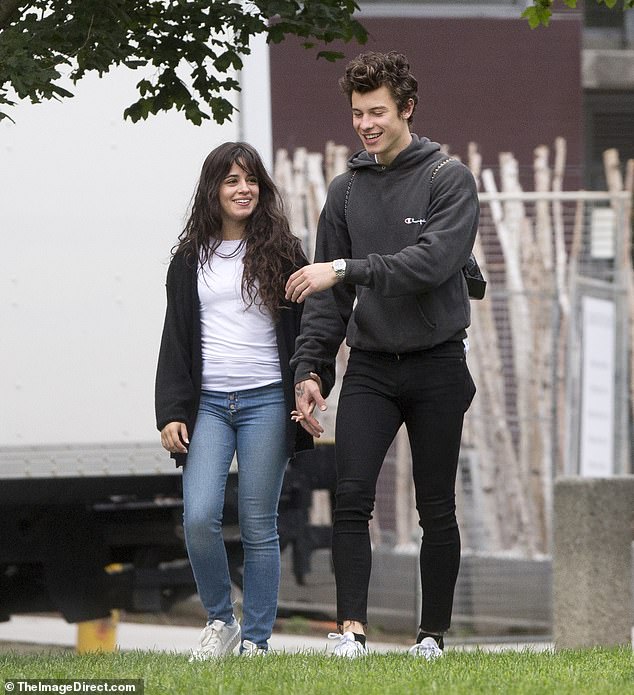 The look of love: The couple could not stop smiling during their relaxed, hand-held stroll

Ever the doting boyfriend, Shawn even carried Camila’s quilted backpack for her.

Camila and Shawn went public with their romance earlier this year, after releasing their new song Señorita.

The couple have been practically inseparable since then, and have been enjoying many PDA-packed outings together. 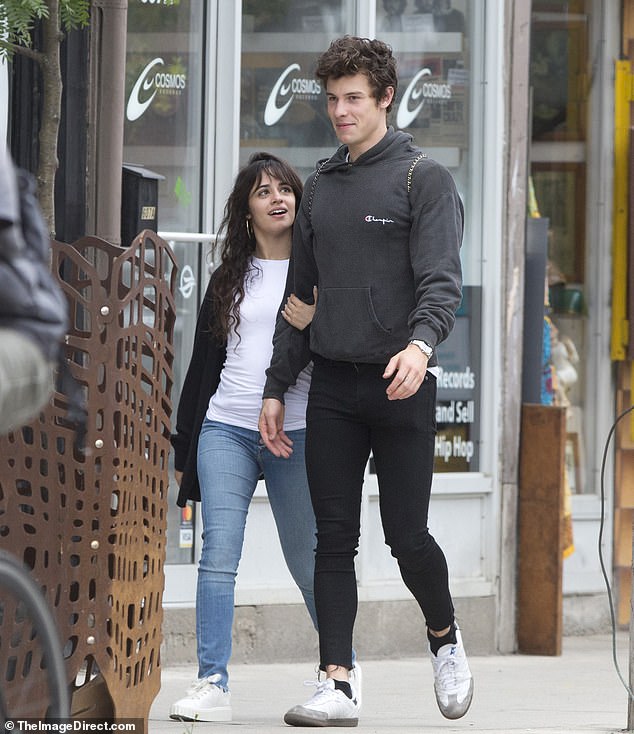 Chivalrous: Ever the doting boyfriend, Shawn even carried Camila’s quilted backpack for her

Though Shawn recently confirmed he was in a relationship, he was reluctant to discuss the specifics.

The fan asked in the video posted to Twitter: ‘You’ve said you’ve never been in love. Has that changed recently?’

After the crowd laughed, Mendes replied: ‘Honestly, I wanna say I wanna talk to you guys about this stuff, but it’s not just me in the relationship.

‘There’s another person involved and I can’t say things that I feel. It’s not just me deciding you know?’ 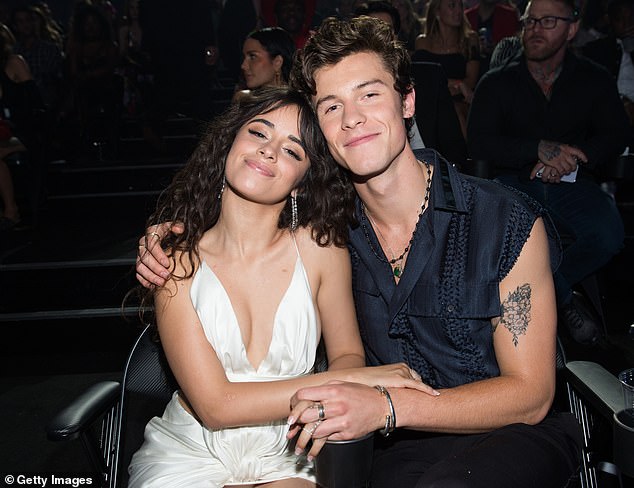 Together: The couple performed their new song Señorita at the MTV VMAs earlier this month