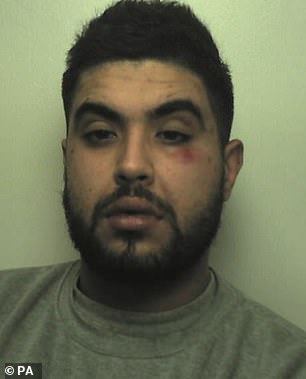 A drug-dealer whose car crushed a police officer into a fence, causing fractures to her leg and knee, has been jailed for 12 years and nine months.

Stafford Crown Court was told Pc Claire Bond feared for her life and those of runners taking part in a nearby 10-kilometre road race, as she was thrown to the ground by banned driver Gurajdeep Malhi’s rented BMW.

Malhi, 26, was jailed by the Recorder of Stafford, Judge Michael Chambers QC on Monday and was also handed a nine-year driving ban.

The court was told Malhi crashed into a garage and other vehicles and then tried to flee from a patrol car in Stafford last September, while on licence for committing a similar offence.

Prosecutor Stuart Clarkson said cocaine with a street value of more than £2,000 was found in the BMW after Malhi was picked up by his partner Lucy Bullmore, who drove dangerously in a Range Rover as he threw child seats at pursuing police vehicles.

Pc Bond, aged 47, was trapped against a fence, dragged along for around six feet, and then thrown to the ground, moments after she had attempted to grab the keys from Malhi’s BMW.

In a victim impact statement read to Stafford Crown Court, the mother-of-four, who is awaiting further surgery, thanked Pc Dave Mullins for pulling her to safety. 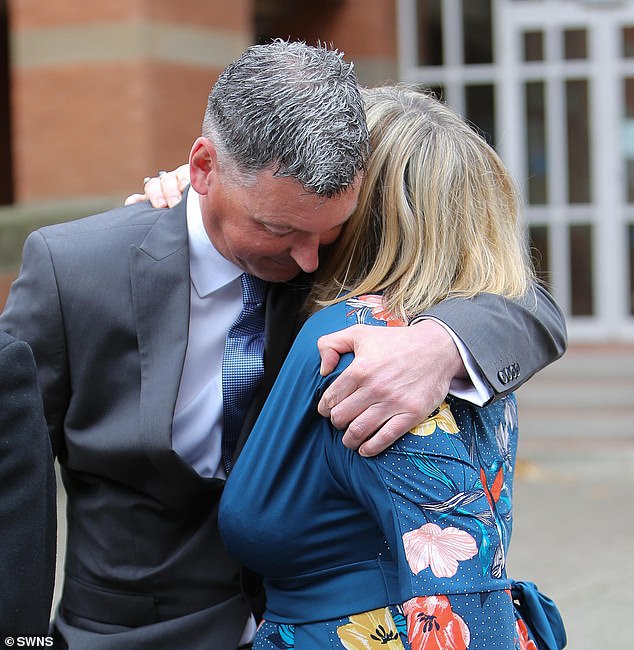 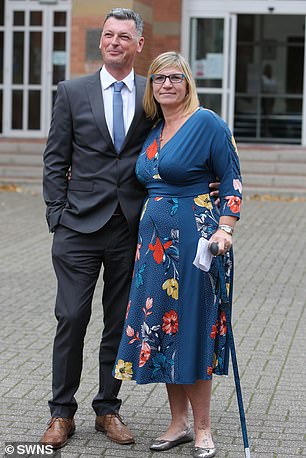 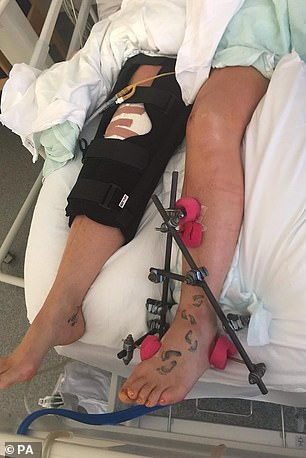 Pictured: Bond outside court with Pc Dave Mullins and, right, her injuries in the aftermath of the smash

After asking to read her statement from the witness box, the officer told the court: ‘I have been a police officer for nearly 18 years and never before have I met anyone with such disregard for another human being than I did on September 23.

‘I was carrying out my duty of protecting the public and all I wanted to do was to stop this man from driving as I felt he was going to kill someone if he carried on.

‘When he used his car to drag me along that fence, I was so scared and knew immediately I was in trouble. I asked for him to stop but he did not. I was trying so hard to think how I could stop this from getting any worse.

‘But me versus a car, there was only going to be one loser. When I landed on the floor I saw the car reverse lights come on and all I could think was: ‘I’m going to die.’ 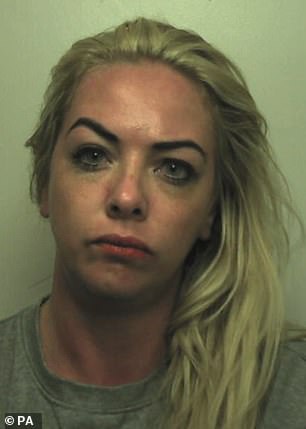 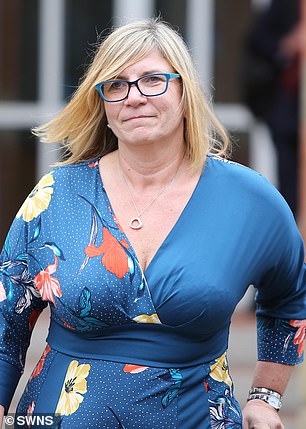 Bullmore (left), of Stafford, was jailed for two years for charges of conspiracy to supply cocaine and dangerous driving after Pc Bond (right, outside court) was struck down

‘I can remember screaming for Dave and the next thing I knew the car had left. I’ll be honest, I have never been through something so horrific in my life before.

‘When I looked down towards my legs I did not believe they were mine. They were like a wobbly bowl of jelly and I could not feel them.

‘The whole incident has left me not only physically scarred but also emotionally. My legs will never be the same again. I am currently unaware if I will be able walk correctly… let alone return to front-line duties.

‘I have not slept through the night since this has happened as my legs constantly cramp and I have nightmares about being run over and leaving my family prematurely, compounding feelings I’ve held since losing my dad in a road traffic collision some years ago.’ 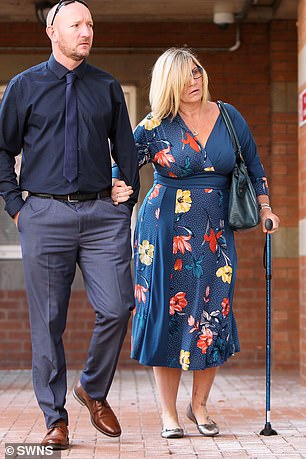 Looking up towards the dock, where Malhi appeared in a blue suit, white shirt and yellow tie, the officer added: ‘Now I have to bear the burden of the aftermath of your selfish decisions.’

But the officer added: ‘Better me than 20 runners with 20 families like mine. I believe it was luck that I did my job that day, otherwise you could be sitting through 20 statements just like mine.’

After outlining the impact on her family, Pc Bond said of Malhi: ‘His disregard for what I represent as a police officer and the laws of this country, has astounded me.’

Likening the manner of Malhi’s driving to him ‘swatting a fly off his car window’, the officer added: ‘I have now found out I’m to undergo further surgery.

‘I’m determined to return to work but also to walk unaided, look after my family and be as I was prior to the incident. But whether that is my focus rather than a reality remains to be seen. I’m trying everything that my physiotherapist has told me so far but only time will tell.’

Bullmore, 31, of Morton Road, Stafford, was jailed for two years for charges of conspiracy to supply cocaine and dangerous driving.

Passing sentence, Judge Chambers told the pair: ‘You were each involved together in dealing Class A drugs. Those offences provide the background to what occurred on September 23.’

The judge told Malhi: ‘It must have been obvious to you what consequences you had caused (to Pc Bond) and you continued to drive to avoid arrest.’

Good Lourdes! Artist is arrested for stripping NAKED at French Catholic pilgrimage site
Jack Shepherd was in a romantic relationship with glamorous TV journalist while on the run
TOM UTLEY: I only got a soup-stained tie from my dad
Shocking scans show how vaping left a 19-year-old's lungs filled with solidified oil
Ten ways to save the world in ten years
Why working from your bed during coronavirus self-isolation is bad for your health, expert reveals
Armed police serve Liverpool gym owner with fine as he REFUSES to bow to Covid closedown order
Donald Trump boasts he's leading in early voting