Carrie Symonds has welcomed a new face to Downing Street today after she and Boris Johnson took in a rescue dog.

The 15-week-old Jack Russell rescue dog – which the couple have named Dilyn – was abandoned by a Welsh farmer for having a misaligned jaw.

He was brought to Whitehall by an rescue charity today and was pictured with Miss Symonds, 31, in the garden behind the famous building.

Miss Symonds tweeted photos of herself with the dog, alongside the message: ‘Meet our gorgeous little rescue puppy, Dilyn #AdoptDontShop’

The name is said to mean ‘to follow’ in Wales, the country where the dog was found. 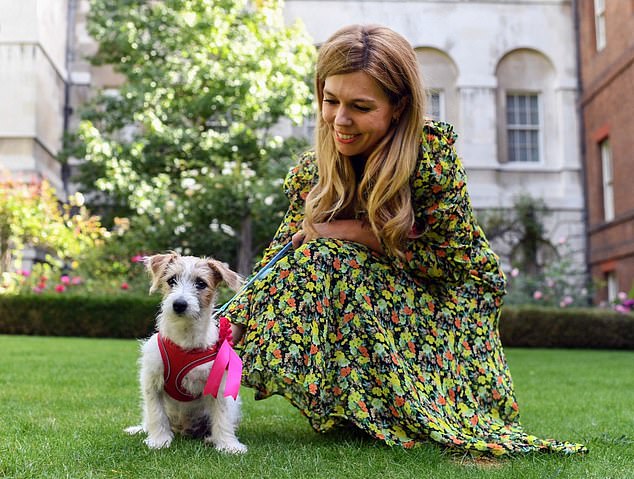 Carrie Symonds is pictured with Dilyn, a rescue dog she and Boris Johnson have adopted 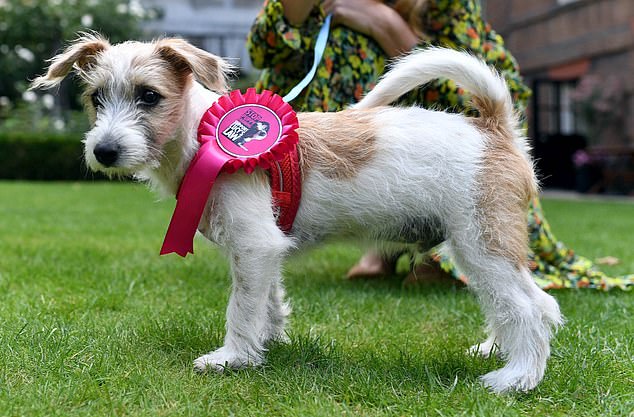 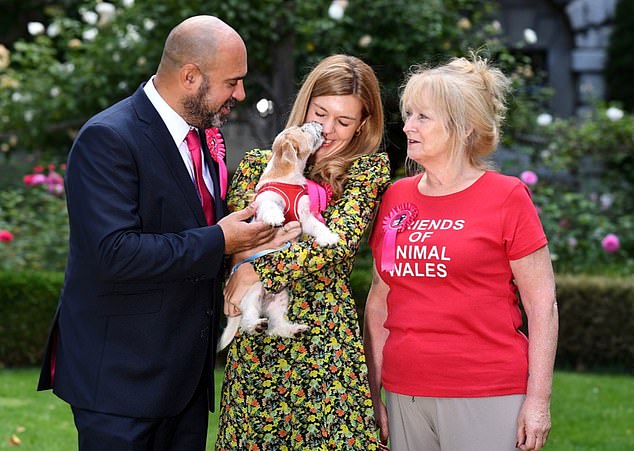 The dog, which was discarded by a breeder because of his crooked jaw, licked Miss Symonds face in pictures 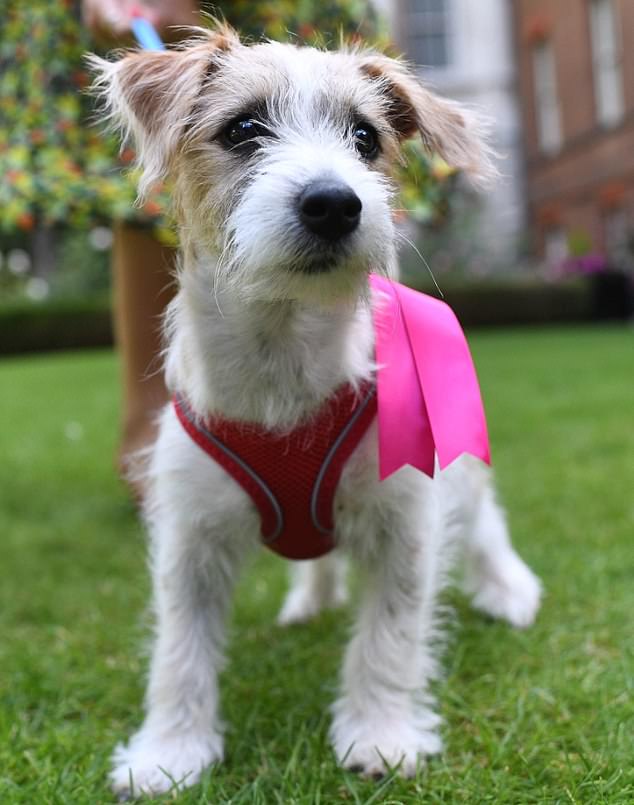 The little dog will live at Number 10, but will be owned by Mr Johnson and Miss Symonds

The dog was rescued by Eileen Jones, of Friends of Animals Wales, a small volunteer-run rescue shelter which specialises in rescuing and rehabilitating sick and discarded farm dogs.

What does Dilyn mean?

Dilyn is a Welsh word, a nod to the dog’s Welsh origin, which means ‘to follow’ or ‘pursue’.

It is also said to mean ‘loyal’ when used as a name in Ireland.

According to the website Urban Dictionary, the name is also used to refer to someone who is considerate or respectful.

Miss Symonds added: ‘Thanks to the wonderful Eileen from @FOAWales who rescued Dilyn after she got a tip off that he was to be dumped by a puppy dealer because he was born with a crooked jaw.

‘Eileen fixed his little jaw & saved his life. She is a hero.

‘And thanks to the amazing @marcthevet who introduced us to Eileen & has campaigned so tirelessly for #LucysLaw which will help put an end to all cruel third party puppy dealers.’

It will join Larry the cat, Downing Street’s other famous pet, at the Prime Minister’s official residence.

It is hoped the little dog is young enough to be trained to get along with Larry. 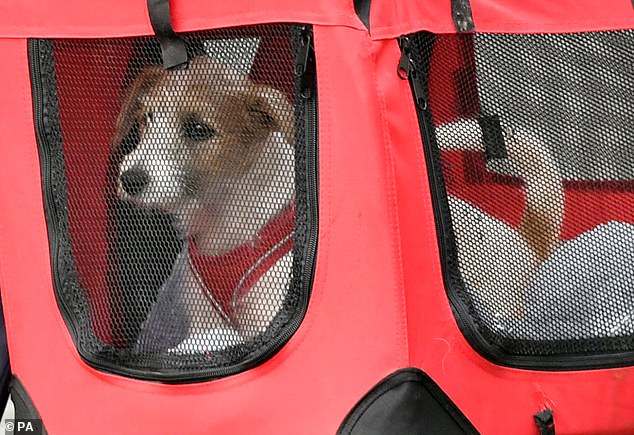 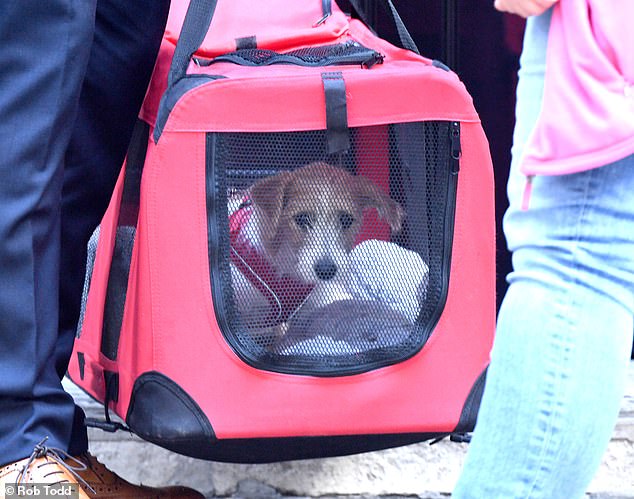 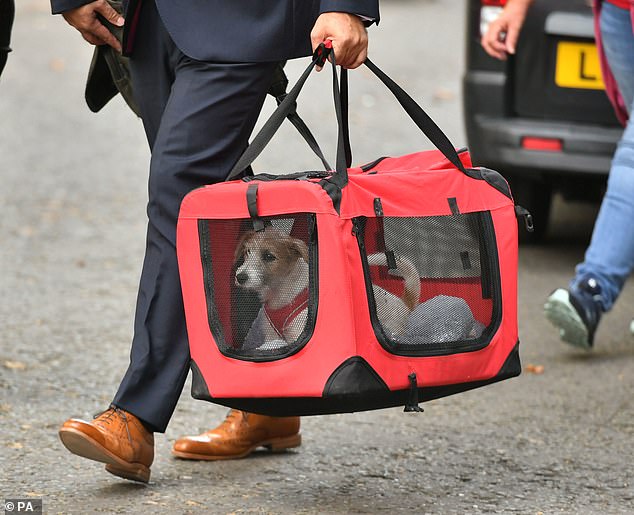 The dog will belong to Boris Johnson and Ms Symonds, rather than Downing Street

Unlike Larry, whose official title is the ‘chief mouser’, the puppy will belong to Mr Johnson and Miss Symonds, rather than the occupant of Downing Street.

Earlier this month, the PM polled No10 staff on whether to get a dog and received an overwhelming ‘yes’ from his team. A number of staff have also volunteered for dog-walking duties.

Mr Johnson and Miss Symonds are hoping to raise awareness for new strict anti-puppy farming legislation, known as Lucy’s Law, which comes into force next April.

The clampdown targets third-party puppy sellers who breed dogs often in terrible conditions in large agricultural sheds and then sell them to pet shops.

Lucy’s Law is named after a Cavalier King Charles Spaniel called Lucy, who was rescued from a puppy farm.

She died in 2016 after just three years enjoying freedom, succumbing to life-threatening ailments caused by her breeding. 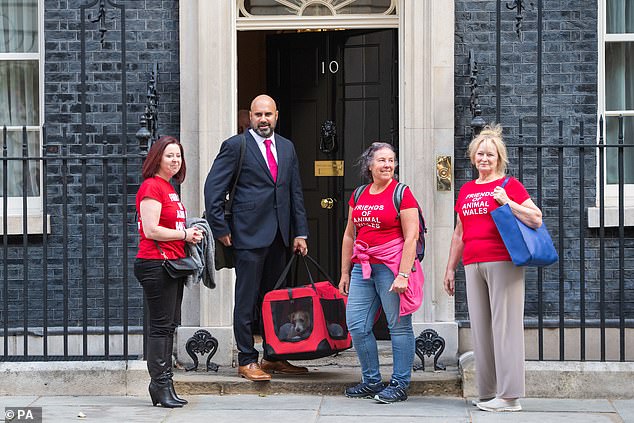 Eileen Jones (right), who runs Friends of Animals Wales, and her colleagues brought the dog to Downing Street this morning 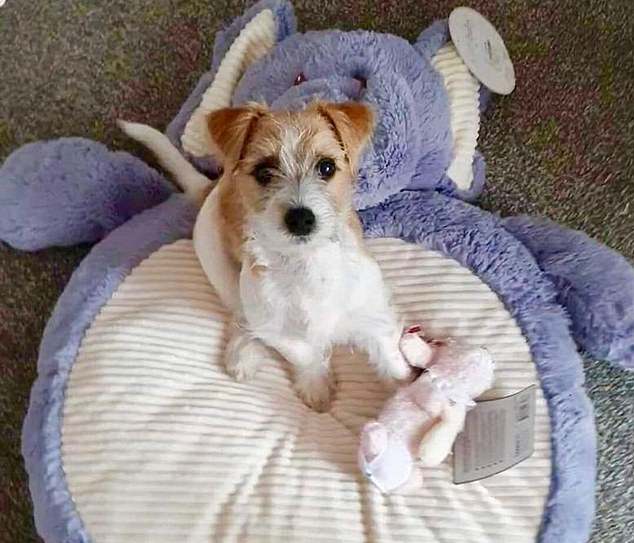 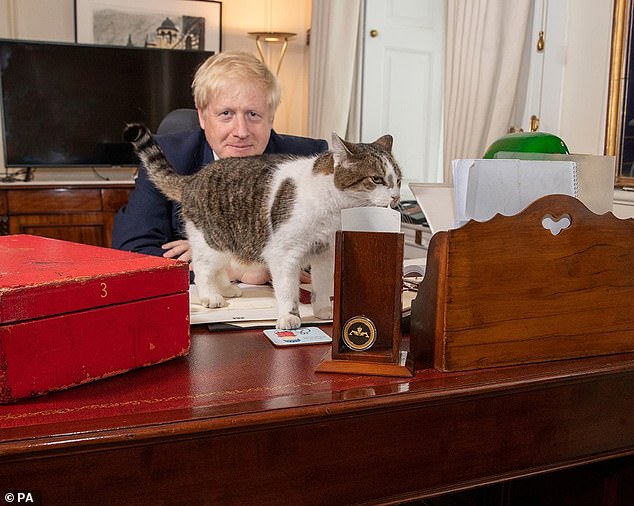 The Tory legislation was spearheaded by TV vet and PupAid founder Marc Abraham and backed by celebrities including comedian Ricky Gervais, Countdown’s Rachel Riley and Queen star Brian May.

From next year, it will be illegal to sell a puppy or kitten without seeing it interacting with its mother in the place where it was born, making all breeders accountable and giving the public complete transparency.

Last night, Mr Abraham said: ‘I’m absolutely delighted that the Prime Minister and Carrie have chosen to rescue a puppy, which will hugely help to highlight Lucy’s Law.

‘Eileen is an absolute hero who has racked up massive vets’ bills picking up these poorly puppies and breeding dogs. I hope this encourages others to adopt and donate to her work.’ 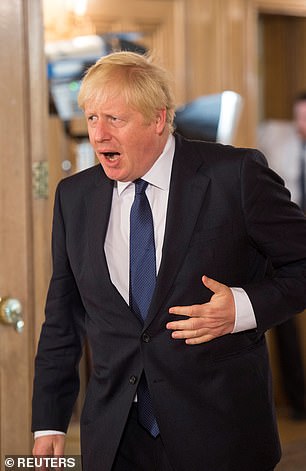 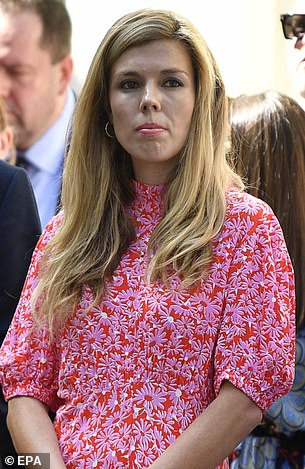 Mr Johnson and Ms Symonds are hoping to raise awareness for new strict anti-puppy farming legislation, known as Lucy’s Law, which comes into force next April