‘s Georgia Love is engaged to her boyfriend-of-three-years Lee Elliott.

The couple announced the happy news on Sunday on Instagram, with Georgia, 31, uploading a snap of herself flashing her diamond sparkler while cuddling up to her beau at the Hawkesbury River, NSW. 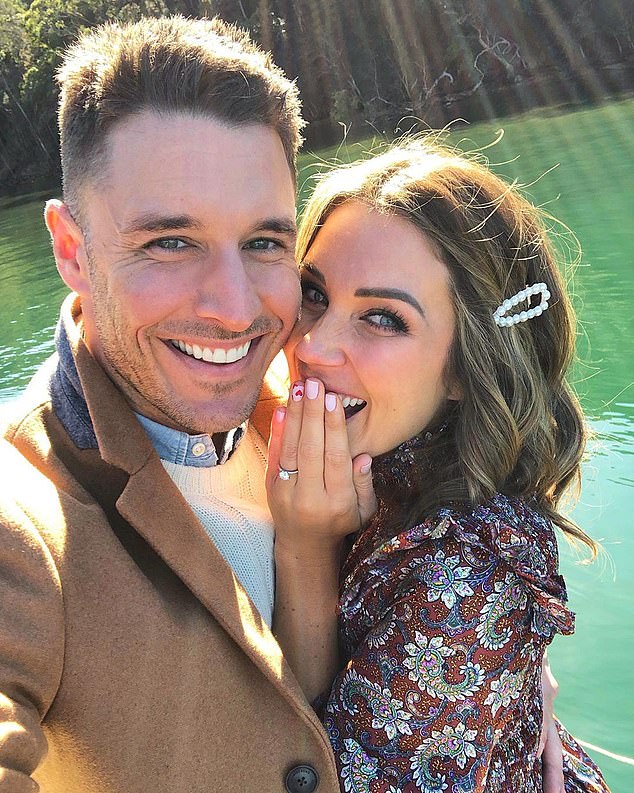 Lee shared a similar photo, his own captioned: ‘I liked it so I put a ring on it. #feyonce’.

In the photo, Georgia, wearing a boho paisley shirt, looks absolutely delighted as she holds the diamond ring to her face.

The sparkler is from Saphira Diamonds, based in Melbourne, who are known for unique, custom-designed pieces, hand-forged by expert craftsmen. 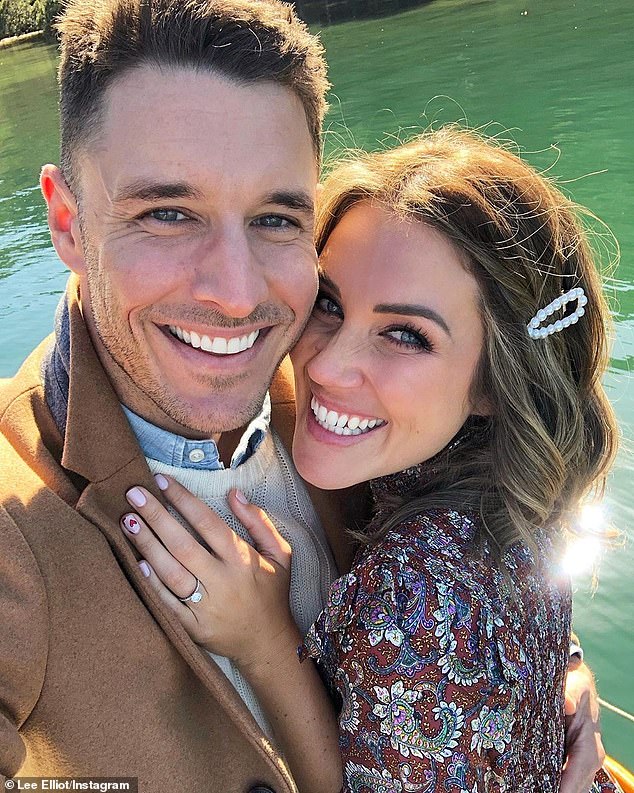 Lee shared a similar photo, his own captioned: ‘I liked it so I put a ring on it. #feyonce’

The engagement took place at Lilypad, Palm Beach, in Sydney’s Northern Beaches and costs between $2600-$3700 per weekend stay.

Described as a ‘scenic, full service, floating villa’ it is a luxury home sitting in the middle of a private beach.

Speculation that the pair were set to become engaged has been rife for weeks, and fired up over the weekend when Lee whipped his love away for a surprise 31st birthday vacation.