Labour activists have launched a bid to guarantee leads any interim anti-No Deal government by knocking rival Harriet Harman out of the race.

They have demanded that Ms Harman gives her party leader a clear run, despite fears that Mr Corbyn will never win backing from other parties to head the ‘unity’ administration.

The ultimatum, from her local Labour constituency party, came after leader Jo Swinson claimed Ms Harman could be the person to bring all the opposition parties together.

The challenge emerged amid reports of a possible deselection threat to Ms Harman from hard-Left activists infiltrating her South constituency.

Labour’s plan to force Boris Johnson out in a Commons confidence vote and replace him with Mr Corbyn suffered a blow last month when Lib Dems and Conservative rebels signalled they could not support a Corbyn-led administration. 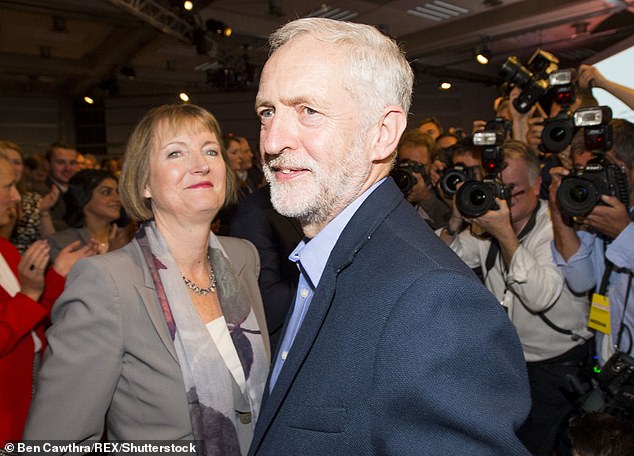 Labour activists have demanded that Ms Harman (left) gives her party leader a clear run, despite fears that Mr Corbyn (right) will never win backing from other parties to head the ‘unity’ administration

Ms Swinson also infuriated the Labour leader’s inner circle by saying she had spoken to Ms Harman and got her assurance that she was ready to ‘put public duty first’ by becoming interim PM.

In a letter seen by The Mail on Sunday, Ms Harman’s Camberwell and Peckham constituency party chairman, Isabella Niven, demanded answers from the former Cabinet Minister.

She wrote: ‘Jo Swinson alleges that you were part of these talks, and happy to take a leading role in any such temporary government which might be formed. Our Executive Committee has neither seen publicly nor received privately any reassurance from you that these reports are untrue.’

She wrote that ‘a number of local activists and residents’ wanted it clarified that under no circumstances ‘would you would seek to undermine our party by having such talks’.

Ms Niven added that it was the ‘clear constitutional right held by the Leader of the Opposition and the Shadow Cabinet to have the first attempt to form an administration if a government falls. 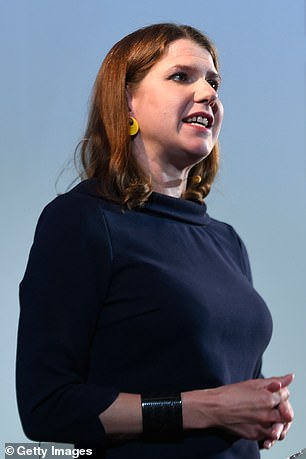 ‘Under the party’s rules, the leader of the Labour Party can be our only candidate to be Prime Minister, which is very clearly the basis on which the party membership voted for them.’

She urged Ms Harman ‘for our peace of mind’ to confirm that she had not participated in talks with rival opposition parties that ‘have excluded our democratically elected leader’.

The letter follows claims that the Camberwell and Peckham local party association has been infiltrated by Corbynistas intent on deselecting Ms Harman as a candidate despite her long service as the party’s former deputy and acting leader, government minister and MP since 1982.

The threat is said to lie behind her bid to succeed John Bercow as Speaker as, by convention, she would become a non-party political figure who would not be challenged at Election time in the seat from the main parties.

In a reply to Ms Niven, Ms Harman insisted she had not been ‘involved in any closed-door, cross-party talks’ between Labour and Tory MPs and the Liberal Democrat leadership.

‘I can confirm that I have not participated in any talks that have excluded our leader and would not do so,’ said the MP, adding that it was the Opposition Leader’s right ‘to have the first attempt to form an administration if the Government fails’. However, her reply makes no reference to the possibility that an alternative ‘unity PM’ would be needed if Mr Corbyn proved unacceptable to other parties.

Ms Harman could not be reached for comment yesterday.

The conflict emerged amid renewed suspicions among Labour frontbenchers that Mr Corbyn is preparing to anoint Shadow Business Secretary Rebecca Long-Bailey as his successor.

The Labour leader has sparked anger by insisting on holding a Shadow Cabinet meeting tomorrow in Ms Long-Bailey’s Salford constituency, even though it is a rock-solid Labour seat. 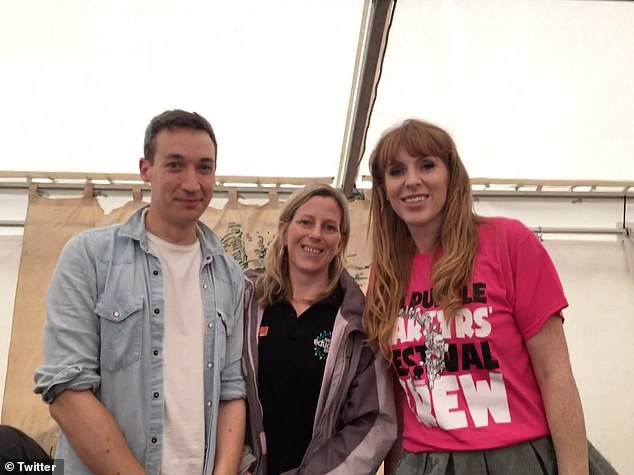 One party source complained: ‘Why are we going to Salford – Labour majority 19,000-plus – rather than going to a marginal seat that we need to win if Boris Johnson calls a snap Election?’

lJeremy Corbyn turned impressionist yesterday, by doing his own version of a stuttering, blustering Boris Johnson.

During a visit to Glasgow, the Labour leader mimicked the Prime Minister as he dismissed the yawning popularity gap between them.

‘It’s not all about personalities or individuals, or indeed what some of the media choose to say about me,’ said Mr Corbyn.

However, a new Deltapoll survey for The Mail on Sunday today shows the Labour leader trailing way behind the PM, with an approval rating of minus 45 compared to plus 6 for Boris.