A motorcyclist and a pedestrian have been killed in a collision in Battersea, south , the Metropolitan Police have said.

The 34-year-old woman died from her injuries after the crash in south west London at about 8pm last night.

The motorcyclist, 40, was rushed to hospital but also later died. 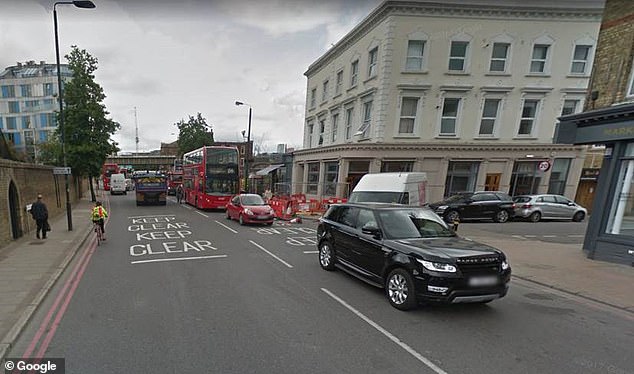 A police statement said: ‘At around 8.20pm on Friday, August 30, police were called to a seriously injured motorcyclist and pedestrian in Battersea Park Road, SW11.

‘The pedestrian – a 34-year-old woman – died as a result of her injuries.

‘The rider of the motorcycle – a 40-year-old man – was taken to hospital, where he died shortly after arrival.

‘Officers believe they know the identity of both the man and the woman. They are in the process of notifying next of kin.

‘Post-mortem examinations and formal identification will be arranged in due course.’

Anyone who witnessed the incident is asked to call officers at Merton traffic garage on 020 8543 5157.

Officers are also looking to hear from anyone who may have dashcam footage that would assist their investigation.

Shocked homeowner films snake regurgitating snake after finding it under rice drum in his kitchen
Gwyneth Paltrow is married! The star, 46, weds Brad Falchuk in Hamptons
Change UK writes to BBC over pulling Having I Got News For You
PAUL THOMAS on... Camera-shy Meghan
The Crown to END after series five with Harry and Meghan's recent scandals escaping dramatisation
'Inconspicuous' German shooting suspect kept racist...
Homes are almost totally under water as yet another storm batters Britain
Cyclist is left bloodied and bruised after smashing into wire booby trap