Candidates who made September Debate

Only 10 Democrats will be on stage at next month’s debate in Houston but the contenders who were culled – and some whose candidacies are on the border line – are already expressing concern about October’s event and the next round to come.

September’s debate will be one night only, putting top tier candidates Joe Biden, Elizabeth Warren, Kamala Harris and Bernie Sanders all on stage together for the first time along with Pete Buttigieg, Cory Booker, Amy Klobuchar, Beto O’Rourke, Julian Castro, and Andrew Yang.

But October’s debate could return to a two-night event as the candidates who missed the September cut off look ahead to the next stage.

Marianne Williamson is already pushing supporters to help her make the fourth debate – whose time, date and location hasn’t been announced.

‘While I didn’t make the 4 polls at 2% which would have gotten me into the 3rd DNC debate, I have until Oct. to make it into the 4th one. Please donate now to help us build the campaign and increase our exposure,’ Marianne Williamson tweeted to her supporters Wednesday.

For September and October’s debate, candidates need 130,000 donors plus 2 per cent in four pre-determined polls. The deadline to make September’s debate was Wednesday and half the candidates who were on stage in the first two gatherings in Miami and Detroit didn’t make the cut.

Williamson needs to hit 2 per cent in three more polls in order to do so. 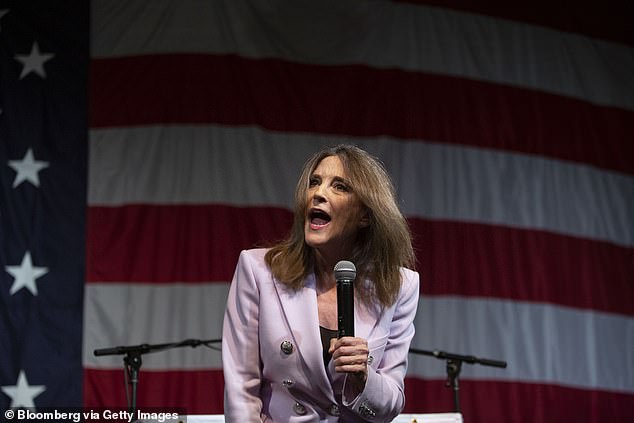 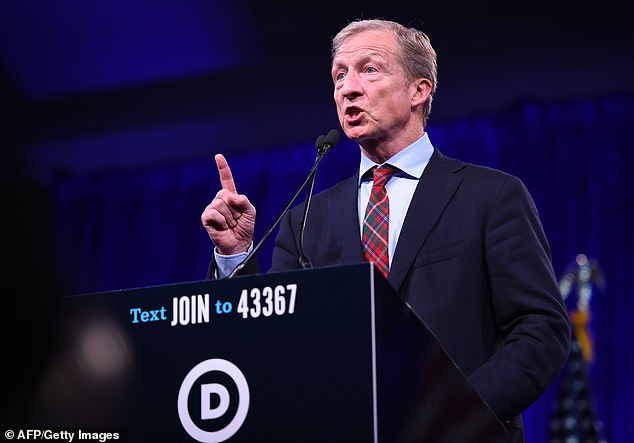 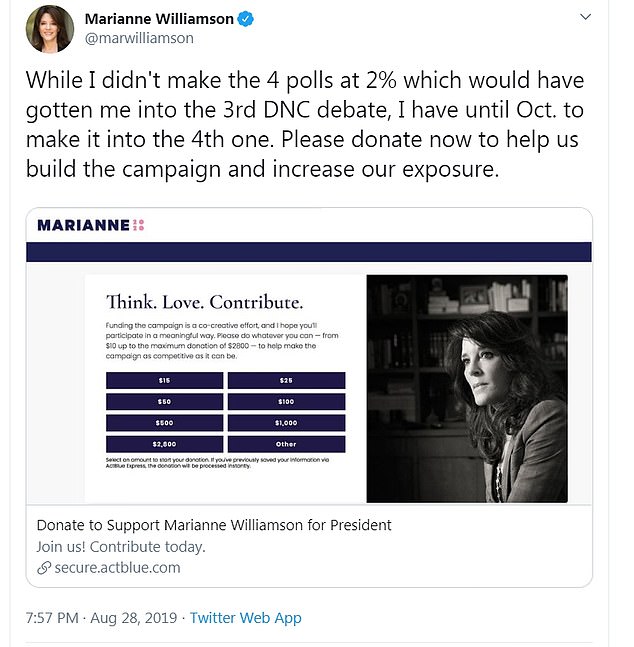 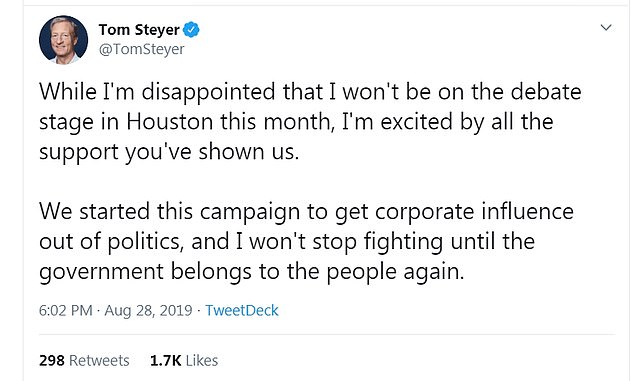 Billionaire businessman Tom Steyer was only one poll short of making September’s debate, which gives him a strong chance of making October’s.

Steyer spent millions on Facebook ads and on TV advertisements in the early voting states to try to make the September debate stage. He has yet to appear in any debate.

But his $16 million investment wasn’t enough to make the cut.

‘While I’m disappointed that I won’t be on the debate stage in Houston this month, I’m excited by all the support you’ve shown us,’ he wrote on Twitter Wednesday. ‘We started this campaign to get corporate influence out of politics, and I won’t stop fighting until the government belongs to the people again.’

Kirsten Gillibrand employed a similar strategy – spending heavily on ads to try and translate those dollars into donors and poll numbers – but failed to garner enough support in either category to make September’s stage.

She dropped out of the presidential race Wednesday evening after it was clear she would not be at the debate.

Her campaign admitted it put it all on the line to make the debate.

‘In the third quarter, the campaign ramped up spending and invested heavily in television in Iowa and New Hampshire, digital advertising, and added nearly 30 field staff in order to build a strong voter contact program,’ her campaign manager Jess Fassler said in a memo on the race.

Gillibrand bought more than a $1 million dollars in those two states ahead of the debates – only to see no polls conducted in them in time to qualify for next month’s debate.

Tulsi Gabbard was only two polls short of qualifying and has called on the Democratic National Committee to show greater transparency in the qualification process.

‘There’s a whole bunch of different polls that have come out. The DNC has only recognized some of them as being qualifying polls for the debate,’ she said Wednesday on Fox News.

‘The whole thing gets a little bit confusing. And you’ve got to jump way down into the weeds of the numbers and the statistics. But I think the bigger problem is that the whole process really lacks transparency,’ she added.

‘And when you see that lack of transparency, it creates, you know, a lack of faith and trust in the process.’ 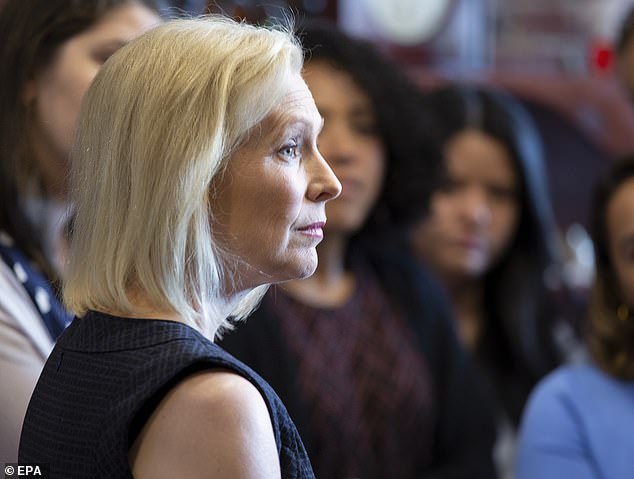 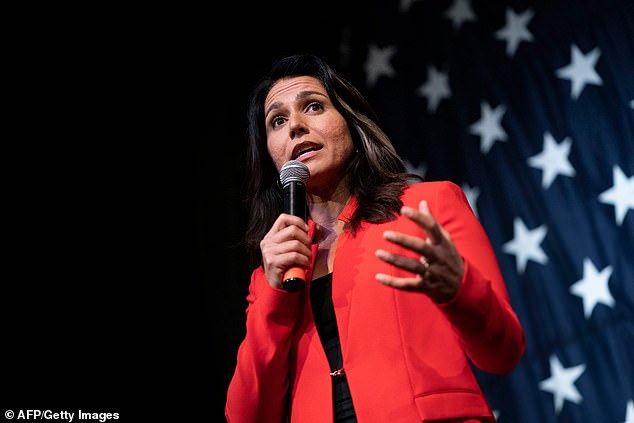 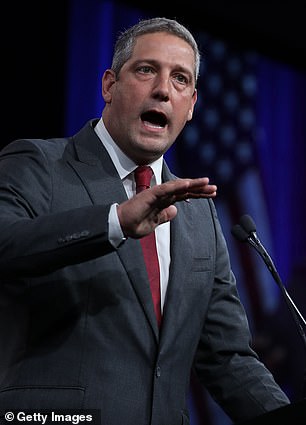 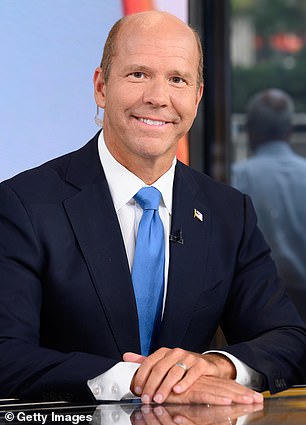 Tim Ryan, who was not close in either donors or polling to making the September debate stage, argued a campaign could survive without the national exposure a debate gives.

‘I think all these rules are out the window at this point. I think we have social media. You have viral moments. As I said, we’re working it on the ground. People are looking for a place to go,’ he said Thursday morning on MSNBC’s ‘Morning Joe.’

Both Ryan and John Delaney – who also failed to make the September debate despite making the first two – made it clear their candidacies will continue.

‘While I’m disappointed to have not qualified for the third debate, I remain committed to the campaign for one simple reason: someone has to be consistently telling the truth and in doing so, telling a better story about the future we can share together,’ Delaney said in a statement Thursday.

But some candidates who made September’s stage – which guarantees them a spot in October’s debate – are expressing concerning about the next round of debates on the horizon, where qualifications are expected to get tougher.

‘The first debate required 65,000 donors to be qualified. The second round required 130,000 donors. If they follow the same pattern, it’s highly likely that the next ones will require 260,000,’ Beto O’Rourke emailed supporters on Tuesday.

‘That means we might need another 60,000 donors to get on stage for the future debates. We don’t want to leave anything on the table,’ he added, urging people to donate to his struggling campaign.

O’Rourke’s campaign – which started with a bang – has gone to a whimper as his donations and poll numbers have sank.

Julian Castro also made the September debate but would likely be in a similar position for the next round.

Klobuchar, Booker and Yang could also be questions marks as the primary process continues.

But what could change that is a viral moment that could jump start their candidacies.

And the debates offer a good opportunity to make that happen. Harris saw her poll numbers and donations rise after she challenged Biden in the first debate on his position on a 1970s school busing program, arguing there was a little girl who benefited from it ‘and that girl was me.’ 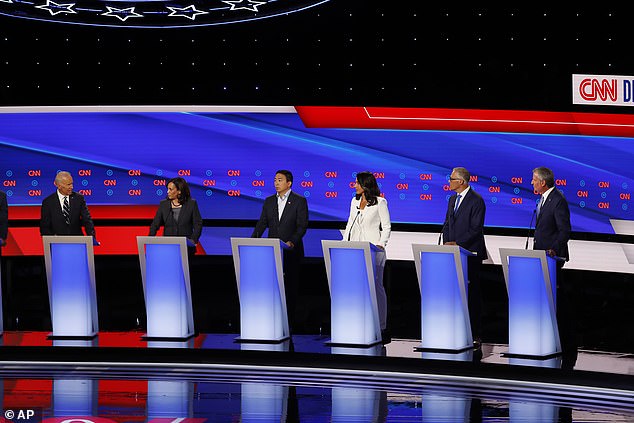 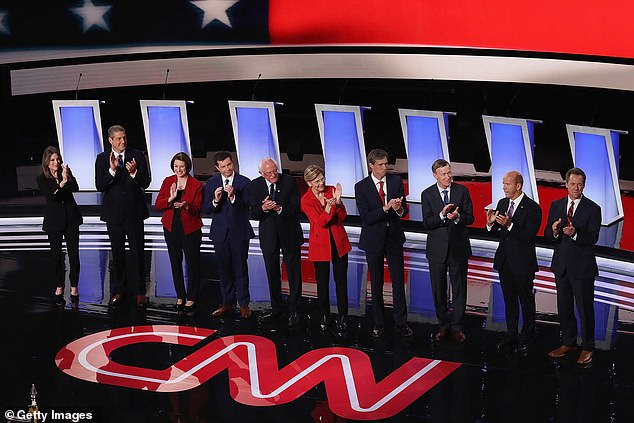 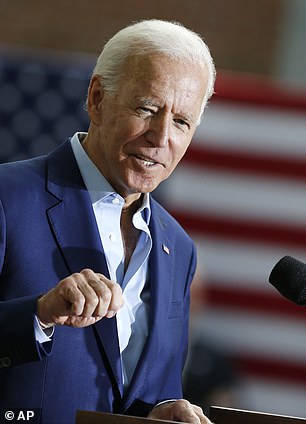 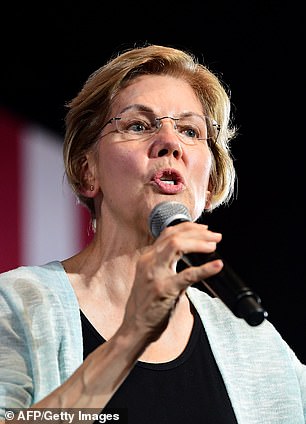 September’s debate will have a match-up yet unseen: Joe Biden and Elizabeth Warren going head to head

Before the stage for September’s gathering was finalized, Williamson’s campaign complained about the process the Democratic National Committee used to determine who made the cut.

The DNC – before the first primary debate back in June – outlined the methodology polls needed to use in order to be counted in the qualifications.

There were 17 polls that met that.

Williamson’s campaign complained that not all 17 approved outlets conducted polls during the qualification period for the third debate, which hurt her chances.

‘If the DNC had followed the process they announced in February and kept to the promised 17 qualifying polls, the lineup of the upcoming third debate might be very different,’ Williamson communications director Patricia Ewing said in a statement on Wednesday.

Williamson told on Tuesday that not being in the debate won’t slow down her campaign.

‘This love train is on a roll,’ she said.

Gabbard’s campaign also complained about the lack of qualifying polls for the third debate.

Craig Hughes, an adviser to Michael Bennet campaign, wrote to DNC Chairman Tom Perez on Wednesday to ask him to clarify the process on how qualifications were set and what they would be for the remaining debates.

‘To date, the DNC has not provided information on how or why its unprecedented debate qualification requirements were set nor what the criteria will be for the eight future debates,’ he wrote.

Other contenders who were not close to making the September stage were Steve Bullock and Bill de Blasio.

‘There is another bite at the apple in October,’ de Blasio said Tuesday on MSNBC. 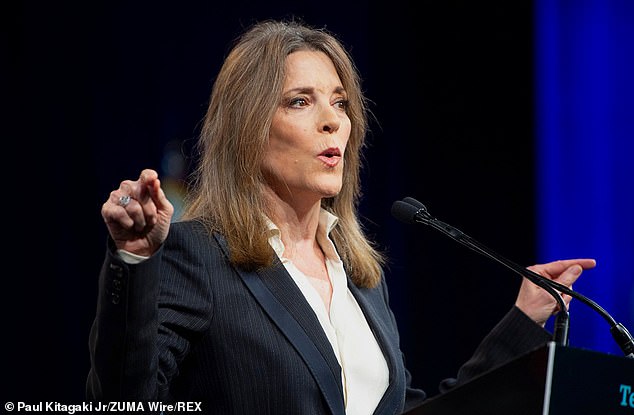 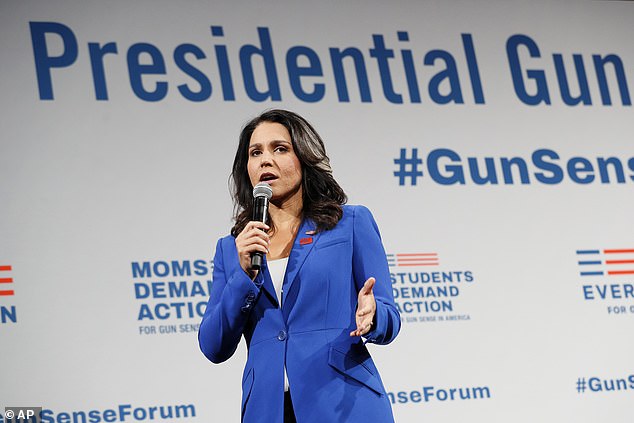 Biden said at a campaign event in South Carolina Wednesday he is looking forward to a smaller debate.

‘I’m looking forward to getting to the place — assuming I’m still around — that it gets down to a smaller number of people so we can have more of a discussion instead of one-minute assertions,’ he said.

He also down played his first head-to-head match up with Warren.

‘I’m just gonna be me. And she’ll be her. Let people make their judgments. I have great respect for her,’ he said.