Anti- campaigner Gina Miller has launched a legal challenge asking the courts to block ‘s planned suspension of Parliament for a month prior to Brexit.

Separately a group of 70 MPs and lawyers are seeking an emergency legal ruling in court in Scotland today or tomorrow where they will argue the prorogation is unlawful.

Yesterday in Balmoral the Queen fulfilled a constitutional obligation by approving Boris Johnson’s request to prorogue Parliament for a month, from a date between September 9 and 12 until his forthcoming Queen’s Speech on October 14.

The suspension is uncommonly long – recent prorogations prior to a new legislative session have lasted a little as three days – and leaves Remainers just a handful of days on either side of the break to try to halt No Deal. 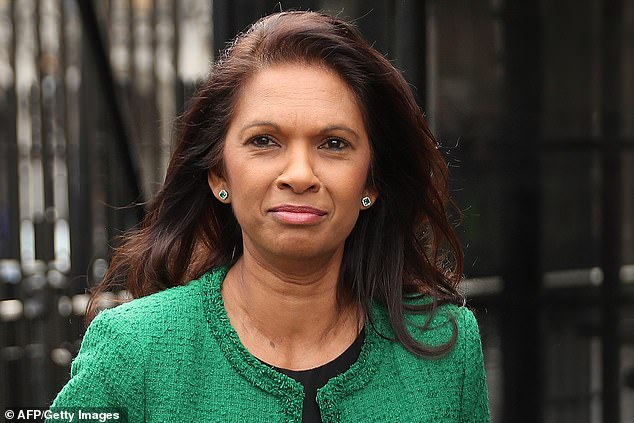 Leader of the House Jacob Rees-Mogg defended the move insisting only those opposing the will of the people as expressed in the 2016 referendum were risking a constitutional crisis.

But the Speaker, Opposition leaders, Tory rebels and lawyers howled in protest and what John Bercow called ‘an offence against the democratic process’ and ‘a constitutional outrage’, and demonstrations were held on the streets outside Parliament.

Gina Miller, who in 2017 successfully challenged the government over its authority to leave the EU without a vote in parliament, said she would seek an urgent judicial review before September 9.

In a statement Ms Miller said: ‘The basis of my approach to the courts is that it cannot be legitimate or a proper use of the prerogative power to prorogue Parliament when the intention and effect inherent in doing so is to frustrate Parliament and fetter it from exercising its sovereign right to fulfil its elective role and enact any law it sees fit.’ 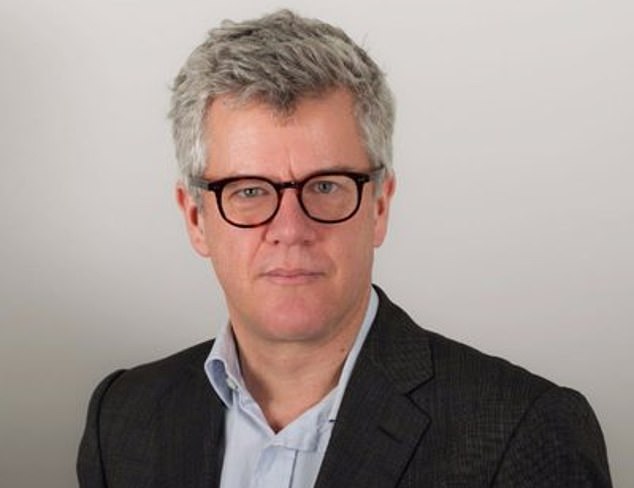 Jolyon Maugham, QC, founder of the Good Law Project, said there was a legal claim that it would be unlawful for Parliament to be prorogued

Speaking to BBC News, Ms Miller said the PM was ‘hijacking the Queen’s prerogative power’ and using it for ‘unscrupulous means’.

She added: ‘I think that is what so shocking about this, is that its a very cowardly way of using these powers and constitutional convention.

‘Our unwritten constitution is a bit like a gentleman’s agreement, and you have to say it’s not been used in that manner.’

Separately 70 Remainer politicians and lawyers are seeking an interim emergency ruling from the courts today that would prevent the Prime Minister proroguing Parliament, pending a full hearing on September 6.

They are the same lawyers who successfully forced the Government to accept Britain could unilaterally revoke article 50 to remain in the EU after taking the case up to the supreme court.

Those involved in the legal action include Lib Dem leader Jo Swinson, the SNP’s Joanna Cherry and Labour’s Lord Hain as well as Jolyon Maugham, QC, founder of the Good Law Project that is leading the case.

He said: ‘There is a claim it would be unlawful for Parliament to be prorogued…[and] in those circumstances for us to leave without a deal.

‘In extremis, if Parliament doesn’t have time to authorise by primary legislation no deal, the court may direct the Prime Minister to revoke the article 50 notification.’ 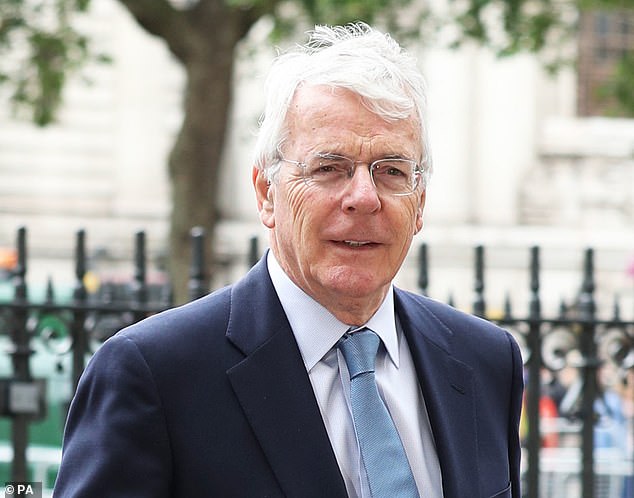 He said the court would ‘wrestle’ with the question of whether sufficient time remained in the existing session for PArliament to consider the matter.

The court of session in Scotland yesterday granted a hearing for an interim injunction or suspension of the prorogation.

The case is being heard in Scotland where courts sit through the summe,r although whether it will come to court today or tomorrow is yet to be confirmed.

The case hinges on whether the Government has allowed sufficient time for debate on a no deal Brexit, or is seeking to circumvent debate on it.

Constitutional expert Vernon Bognador, professor of politics at King’s College, London, told the the Government would argue Parliament has had three years to discuss it.

He said: ‘[The Commons] has passed a notification of withdrawal Act by a large majority of 382 votes and it has three times rejected the only deal available from the EU to implement Brexit,’ he said.

‘Therefore in logic the Government would say the only possibility left is a no deal Brexit unless the EU changes its mind and amends the deal in some way that Parliament would accept.’

He warned predicting the outcome of the case was difficult because ‘we are in totally uncharted waters.’

Former attorney general Dominic Grieve, an ardent Remainer, told the paper: ‘I don’t wish to say it’s hopeless but I’m not pinning my hopes on it at all. I think a court is going to be most reluctant to interfere in the royal prerogative on prorogation. We will find out in due course.’

Martin Howell, QC, chair of lawyers for Britain, said: ‘There is no established law that would allow this case to succeed so it would be reliant on the courts inventing new law.

‘It would be very dangerous for them to go down that road. It would suck them right into the political mainstream and could severely damage the judiciary.’

Meanwhile Sir John Major said he was seeking legal advice himself, saying: ‘I have no doubt that the Prime Minister’s motive in seeking prorogation is to bypass a sovereign Parliament that opposes his policy on Brexit.

‘As events unfold, I will continue to seek advice on the legality of this and other matters, but will be making no further comment for the time being.’

Former Supreme Court justice Lord Sumption told  that while it may be unconventional to prorogue parliament as the Brexit deadline looms, doing so is entirely legal.

‘I don’t think what the prime minister has said he is going to do is unlawful,’ he said.

‘It might be considered unconstitutional in as much as it might be argued to be contrary to a longstanding convention of the constitution.

‘But the question is whether what the prime minister has done is a legal or political disgrace. Is what he has announced the subject of legal rules or of historical convention? 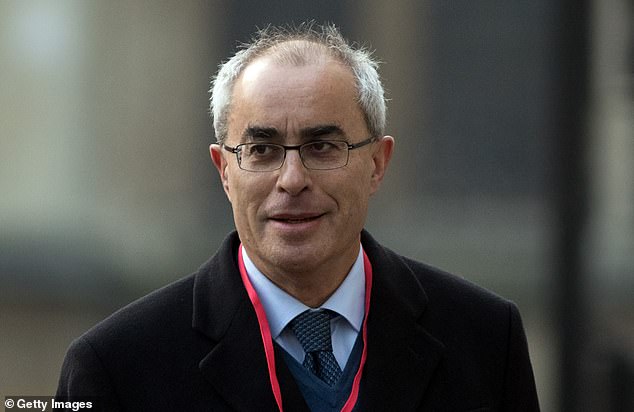 ‘The only objection is that the decision has been taken for questionable political motives. But that is not something the courts should rule on.’

But Lord Pannick QC, who represented Gina Miller in the Supreme Court, told the paper a legal review might succeed.

He wrote: ‘The courts would not entertain a challenge to a personal decision by the Queen, because she, the head of the UK’s constitutional structure, is immune from legal process.’

But he said what could be challenged ‘is the legality of the advice on prorogation given by the prime minister’.

He said the case might succeed if it could be shown the legal advice given to the Queen by the PM breached ‘a fundamental legal principle’.

He pointed to three pillars of a potential legal challenge: the PM has sought to prorogue parliament to avoid parliamentary sovereignty on an issue of constitutional importance; that Mr Johnson has attempted to stop parliament sitting on the brink of the Brexit deadline; and that he has tried to evade parliament because it has previously made clear its wish to prevent a no-deal Brexit.

Lord Pannick added: ‘If he were to advise the Queen to prorogue parliament in these circumstances, the courts would be likely to hear an urgent application and then declare his advice to be unlawful.’

Cejudo stuns long-reigning flyweight king Johnson at...
Bradley Lowery's £3million legacy: Charity set up in his name helps more than 30 ill children
Extinction Rebellion activists camp in trees due to be felled to make way for HS2 rail link
Lily Collins leads the glamour as she joins Nicholas Hoult at Tolkien's UK premiere
Shocking moment a handcuffed suspect pulls out a GUN out of his pants while in back of a patrol car
Party-loving student, 21, died after watching Eurovision with his mother
Maria Sharapova's Australian Open match is STOPPED as players choke on smoke-filled air
'Who are the fruitcakes and loonies now? Nigel Farage blasts Remainers REFUSING to use Brexit 50p