Teachers could be told to use ‘reasonable force’ when dealing with unruly pupils, leaked education papers reveal.

The documents advocated a new wave of free schools in the country for the benefit of excluded students.

Schools could also be given billions of pounds in new funding and more help to crack down on bad behaviour, according to the proposals leaked yesterday.

The proposals, contained in a briefing document marked ‘official-sensitive’ and dated August 22, would be subject to negotiation between No10 and the Treasury. 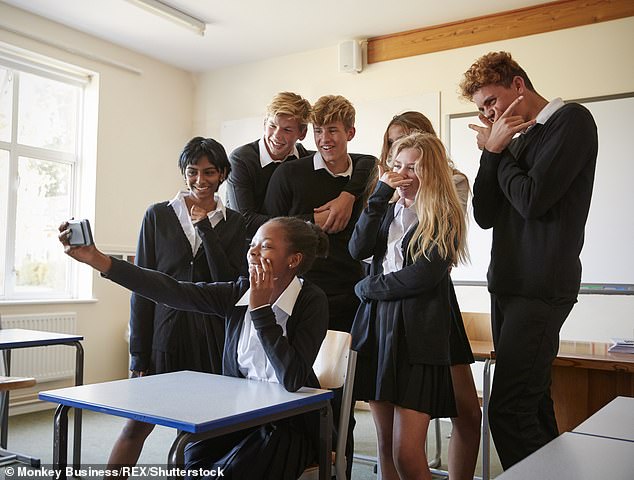 Schools could be given billions of pounds in new funding and more help to crack down on bad behaviour, according to proposals leaked yesterday (stock image)

But if they go ahead, the changes could prove popular with parents and teachers in the run-up to any possible autumn election.

The funding boost would mean an extra £2.8billion for primary and secondary schools, including £800million for children with special educational needs.

Mr Williamson also hopes to give an extra £800million to sixth form and further education colleges. Teachers would get a pay rise, with starting salaries up to £30,000 by 2022.

Headteachers would receive stronger official backing for a wide range of powers to promote good behaviour.

These include being able to ‘search and confiscate items from pupils (including mobile phones)’ as well as to ban mobiles and ‘suspend and expel pupils’.

Other proposals include backing for using ‘sanctions and rewards’ and ‘reasonable force’ as well as to ‘impose same-day detentions’.

The document states: ‘This Government backs headteachers to improve behaviour and will support them to create safe and disciplined school environments.’ 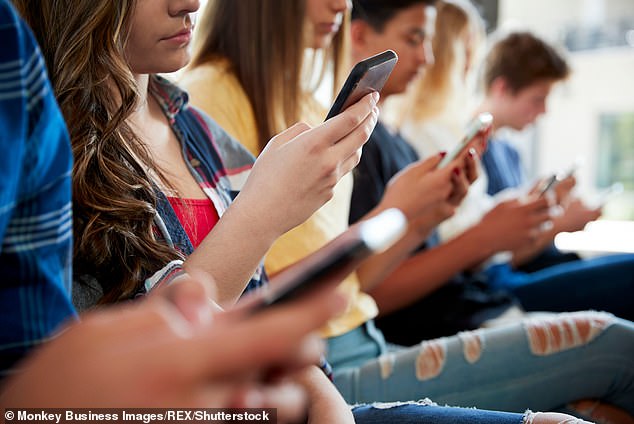 Headteachers would receive stronger official backing for a wide range of powers to promote good behaviour. These include being able to ‘search and confiscate items from pupils (including mobile phones)’ as well as to ban mobiles and ‘suspend and expel pupils’ (stock image)

The Department for Education expects the public to welcome ‘a harder narrative on discipline’ but admits there will be a backlash.

Left-wing campaigners believe exclusions and other disciplinary measures are cruel and can even lead to more children being groomed by gangs. It is understood the success of the super-strict Michaela free school in Wembley, north-west London, in GCSE results last week is likely to be used by ministers to promote the policies.

Meanwhile, four ‘behaviour tsars’ are to be named, including Charlie Taylor, chairman of the Youth Justice Board for England and Wales.

The paper, published in The Guardian, also suggests offering academy trusts £24,000 incentives to take over struggling schools and a fresh push to turn council-run schools into academies. A new wave of free schools is advocated, such as for excluded pupils, and the end of schools rated as ‘outstanding’ being able to avoid re-inspection for a decade.

It also voices concern over the rising number of teaching assistants. They are popular with parents and teachers, but previous analysis shows the posts have taken much of the extra money given to schools since the 1990s.

A DfE spokesman said: ‘We do not comment on leaks. We will announce further information in due course.’

The brand new queen of British sport is within the cash, however for Dina Asher-Smith it is all in r...
Friday's Sports in Brief
South Korean TV network boss quits over daughter's bad behaviour
Paris Jackson is supported by family as she performs with her band after hospitalisation
Tottenham vs Ajax - Champions League semi-final: LIVE score, lineups and updates from first leg
D-Day: Spitfires fly over white cliffs of Dover ahead of 75th anniversary
Harry and Meghan's son Archie looked adorable, from what you could see of him
Actor Mark Rylance reveals his grandfather could never forgive Japanese after cruelty in a POW camp