A third case of locally-transmitted dengue fever has been confirmed in Miami-Dade County, health officials revealed.

The first case of the life-threatening mosquito-borne disease was confirmed in March and the second earlier this month – but each of the three appear unrelated, so far, according to the

Local officials issued a high risk health alert on Friday warning residents to protect themselves by draining standing ground water where the bugs like to breed, wearing long sleeves when outdoors and spraying insect repellent.

The third case comes on the heels of a new report that found that the number of deadly dengue fever cases are rising in several countries – including the US – due to and urbanization. 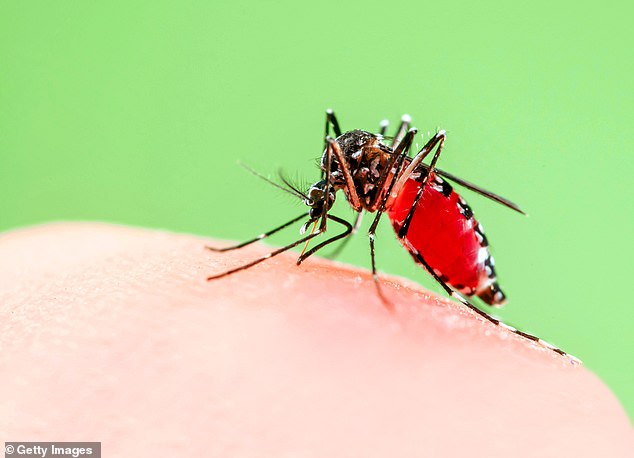 Previously, five cases of dengue fever had been confirmed in international travelers this year in Florida, reported the .

Dengue fever is caused by the Dengue virus, which is transmitted by infected Aedes aegypti mosquitoes.

Most people experience few to no symptoms but those who develop symptoms can suffer from muscle or joint pain, headache, a high fever, nausea and vomiting.

According to the World Health Organization, if the infection progresses to be ‘severe dengue,’ it can be life-threatening.

There is no treatment or vaccine for Dengue virus and most symptoms resolve after a week.

According to the Florida Department of Health, the Dengue virus was eliminated from the US decades ago.

However, a number of cases are reported each year, mainly by those who travel to dengue-endemic countries.

A released earlier this month by the Pan American Health Organization states that the number of dengue fever cases is rising in the Americas.

Between North, Central and South America, more than two million cases have been reported this year, resulting in 723 deaths.

Experts say the exact cause of the spike isn’t clear but attribute it to a mix of climate change and urbanization.

One study from London School of Hygiene and Tropical Medicine warmer and wetter weather coupled with human population shifts toward tropical areas as the global population rises will put greater numbers of people at risk for dengue fever.