Armed robbers pulled off a massive jewelry heist in broad daylight in Manhattan after holding employees at gunpoint, binding them with zip ties and making off with expensive items.

The official value of the items stolen has not be confirmed, but  reports that a victim says it is estimated around $4 million.

Authorities received reports of the robbery at the 28 West 47th Street location at 12.02pm.

According to the , the suspects entered the store pretending to be customers before drawing hand guns on four employees. 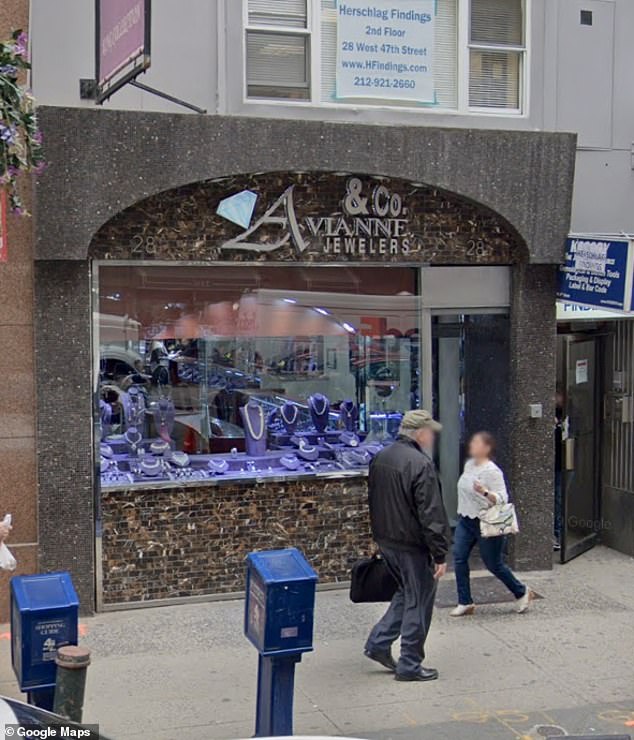 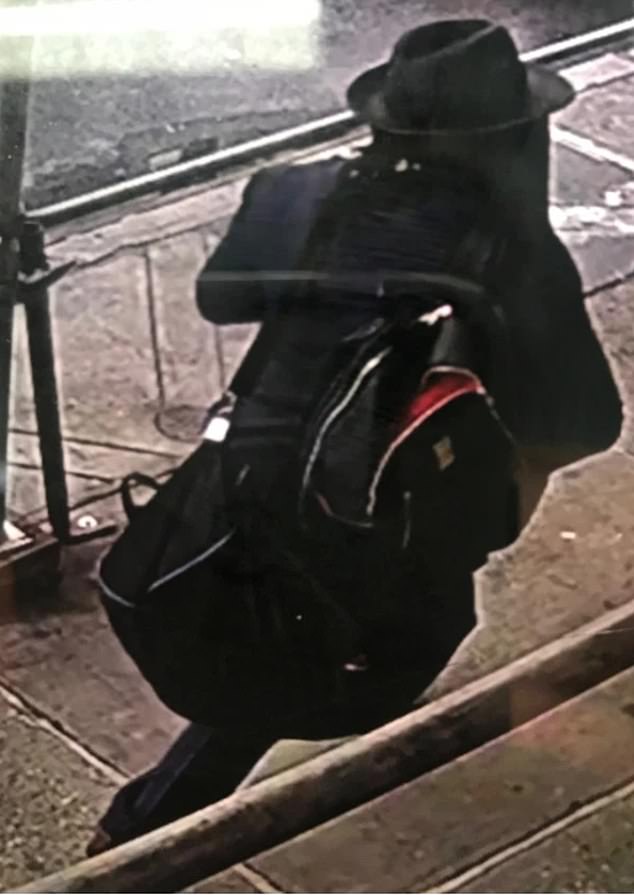 On August 25, three men pretending to be customers walked into the store and then held on site employees at gun point 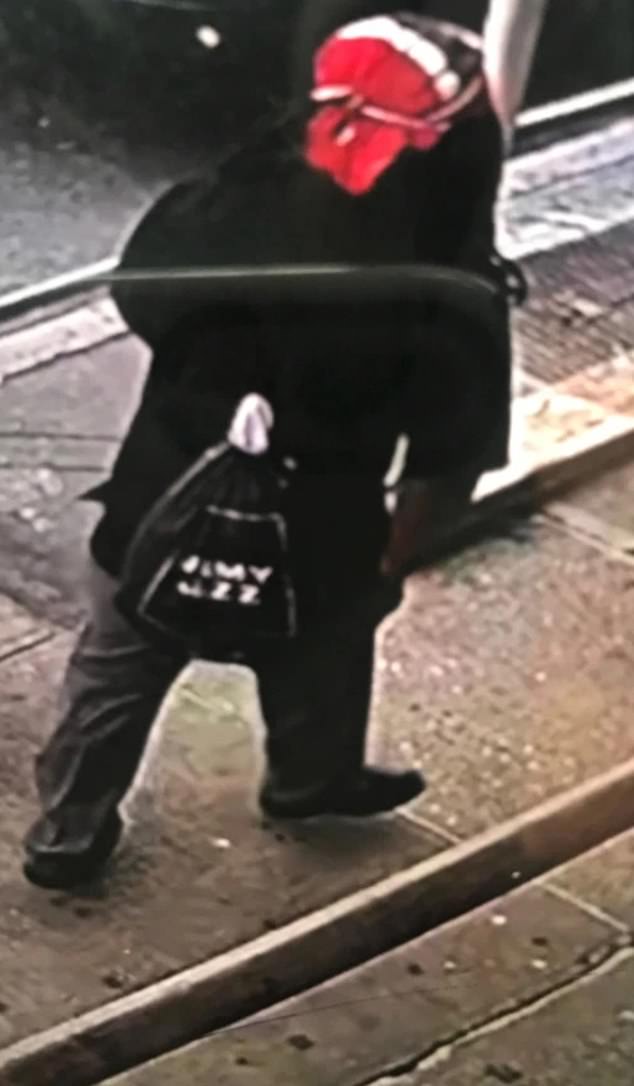 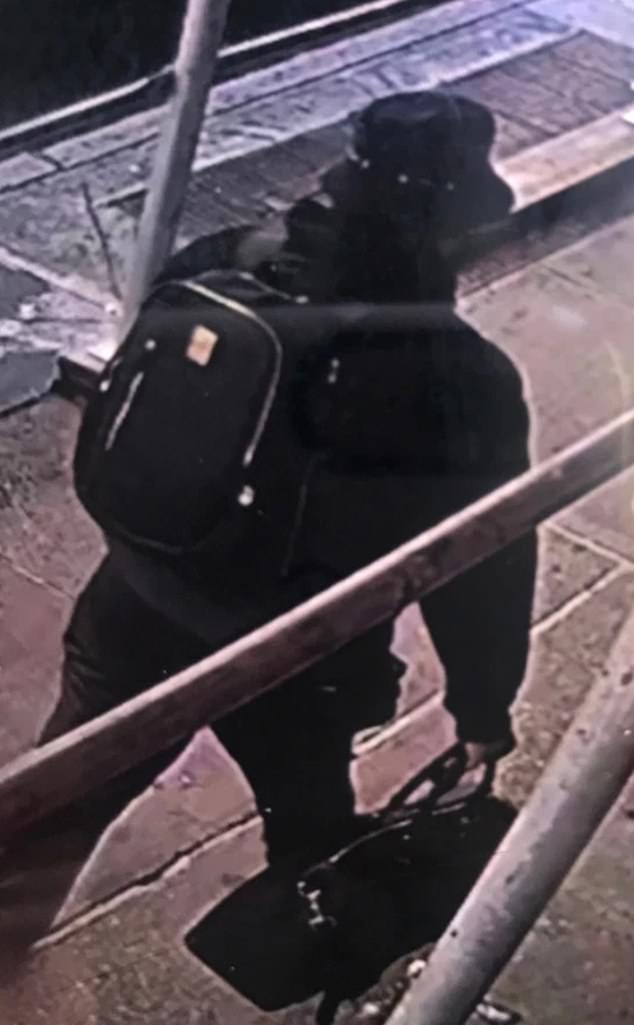 They allegedly stole display items, cleared on the store’s safe and escaped on foot while surveillance cameras captured the incident

The robbers proceeded to bind the employees with zip ties and set to work putting stolen items inside a duffel bag.

They allegedly cleared out the store’s safe and stole display items, The New York Post reports.

The men were able to make an escape before authorities arrived to the scene, possibly heading east on 47th Street, according to . 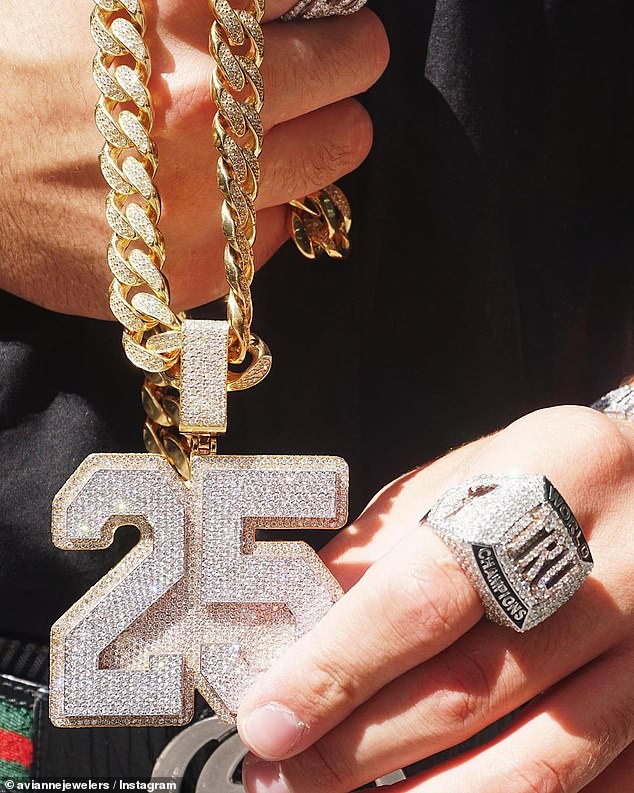 The value of the stolen items has not yet been confirmed, but NBC New York reports that an employee estimates the cost at around $4 million 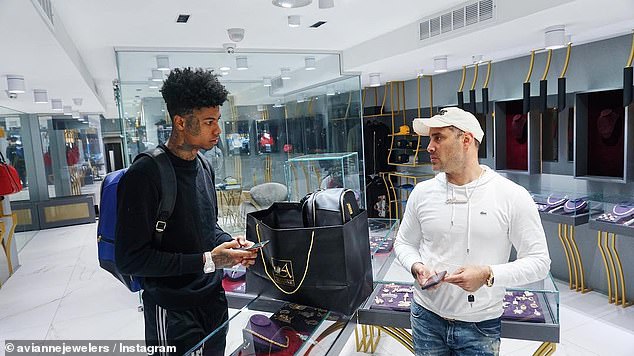 Avianne and Co. have a history of selling jewelry to celebrity clientele, including rappers like Migos and Blueface (left)

Some items Avianne and Co. describe themselves as ‘world renowned’ and sell pieces of jewelry costing over $9,000

In photos shared by The New York Post, surveillance footage captures the images of the alleged suspects.

No injuries were reported.

According to their , Avianne and Co. is a ‘world renowned as the largest single jewelry store in New York’s famed Diamond District.’

The store boosts celebrity clientele, including popular rappers like Migos, Blueface and having pieces featured in GQ.