Binky Felstead has found love again, a year after splitting from Josh ‘JP’ Patterson, the father of her two-year-old daughter India.

The ex-Made In Chelsea starlet, 29, has confirmed to  that she is in a serious relationship with businessman Max Fredrik Darnton, who she has been dating since January and with whom she is considering buying a house.

Binky, 29, and her new man, 30, met at trendy country hot spot Soho Farmhouse at the start of this year, during a chance encounter at the bar. 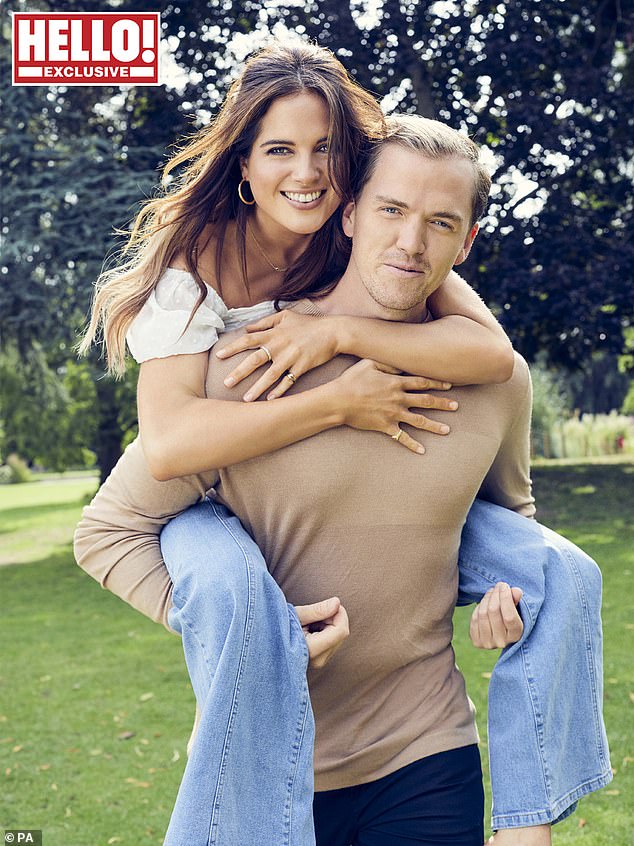 ‘I was so nervous about him not knowing that I had a child, so I wanted to get it out there before he asked me any more questions, just to see if he was going to run off or not.

‘But his reply was, “OK… And?” That was so nice and put me really at ease right away.’

She went on: ‘I just didn’t know [I would meet someone] so soon, and I didn’t know that this would be how I feel. He brings out the best in me. I’m incredibly lucky to have met him.’ 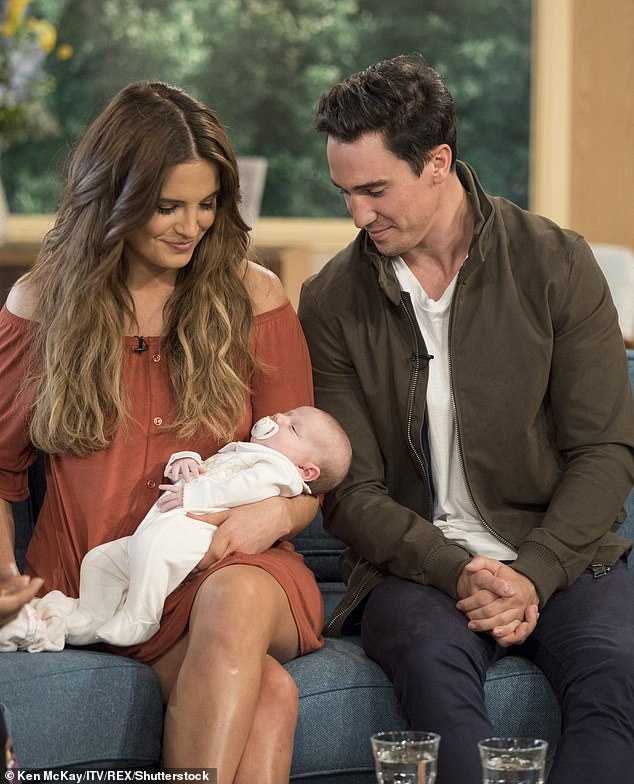 The couple are planning on buying a house together, of which she said: ‘Things are going so nicely, so we’ll be looking – together! – for a big house in London with a garden – for India, and so that Max can get a dog.’

Max is a managing director at a global executive search and consulting firm, and is keen to stay out of the celebrity spotlight, but added to the publication: ‘We’re both very different but equally as driven and ambitious. We find each other funny – not many other people do! – and it’s completely natural and chilled.

‘I feel very lucky to have met her. We really connect. I feel settled, and it feels normal. And India is amazing – I look at them both together and it’s really sweet. They have an incredible relationship.’ 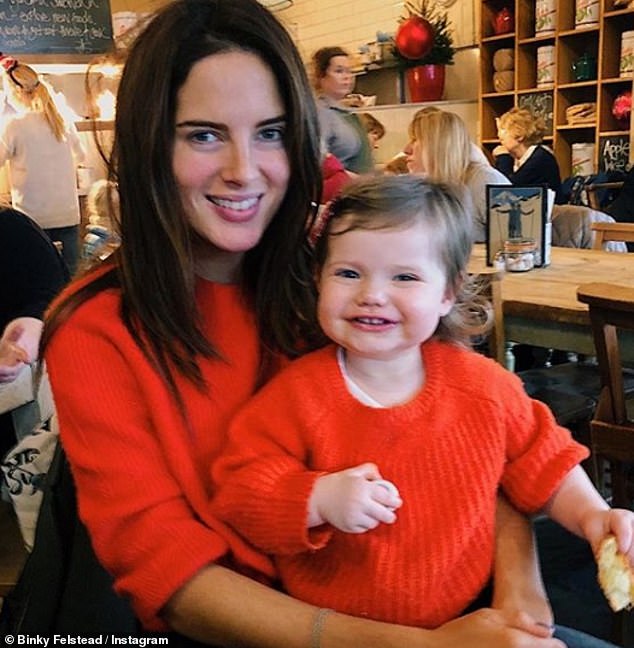 Adorable: ‘I feel very lucky to have met her. We really connect. I feel settled, and it feels normal. And India is amazing – I look at them both together and it’s really sweet. They have an incredible relationship,’ Max said of his love and her child 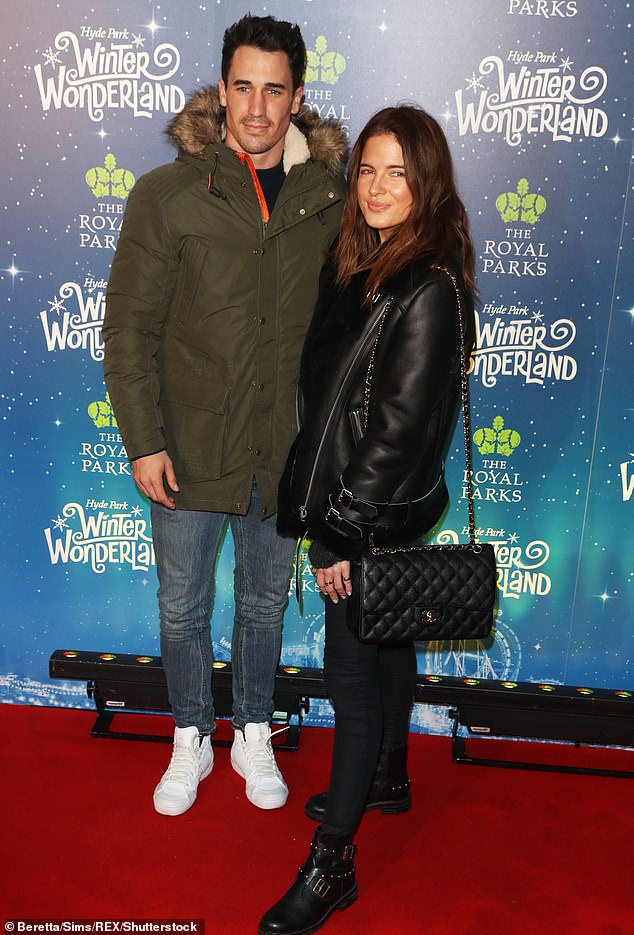 Not to be: Binky starred on Made In Chelsea from its first episode through to 2017, during which time she met fellow star JP [pictured after their split last Christmas]

Binky starred on Made In Chelsea from its first episode through to 2017, during which time she met fellow star JP.

Their relationship was on/off, but then she fell pregnant, with the pair giving love a shot once again and welcoming Indian in June 2017.

Both of them quit the show after India was born, making a brief one-off appearance during 2017’s Made In Chelsea: Ibiza. 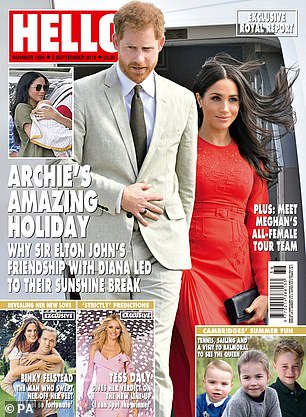 Out now: The full interview can be read in this week’s Hello!

Binky returned for Louise Thompson’s engagement party in 2018, but both she and JP have bid their farewells to the series.

They finally split for good in September 2018 and, in an exclusive chat with MailOnline after they parted ways, Binky insisted that there’s ‘no drama’ between the former-couple, and that everything’s ‘just fine’.

‘We’ve both been really amicable,’ she said. ‘Josh is still seeing India whenever he wants. This will absolutely not affect her. He still comes over and we put her to bed together. So actually, not much has really changed.’

Doting mum Binky – who runs a retreat for mothers called Mummy Tribe – has remained tight-lipped over her love life ever since splitting from JP.

Her courtship with Max had gone unnoticed by fans, sure to keep things low-key; but the pair were spotted enjoying a date night together at E&O restaurant in Chelsea last week.

Max is based between his company’s London and Hong Kong offices and focuses on ‘strategic recruiting for investment funds, family offices and private banks.’

His career has taken him to Singapore and the United Arab Emirates and he is an avid boxer and chess player.

The full interview can be read in this week’s Hello! – out now.