Tomi Lahren has launched her own athleisure wear line designed specifically to promote ‘freedom’ — with all the products featuring stars and camouflage patterns.

The conservative pundit, 27, decided to branch out from political commentary by teaming up with the brand Alexo Athletica, which is known for designing athletic leggings with a special pocket to hold one’s gun.

‘Some have told me I’m too “controversial” to have an athleisure line, that conservatives should just stick to politics and Trump cheerleading. My response? Watch me,’ Tomi wrote on Instagram Friday when revealing the new collection. 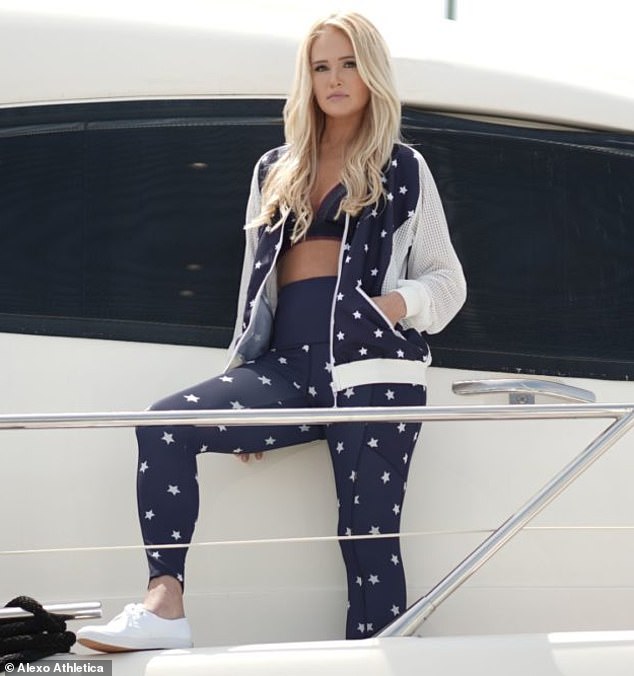 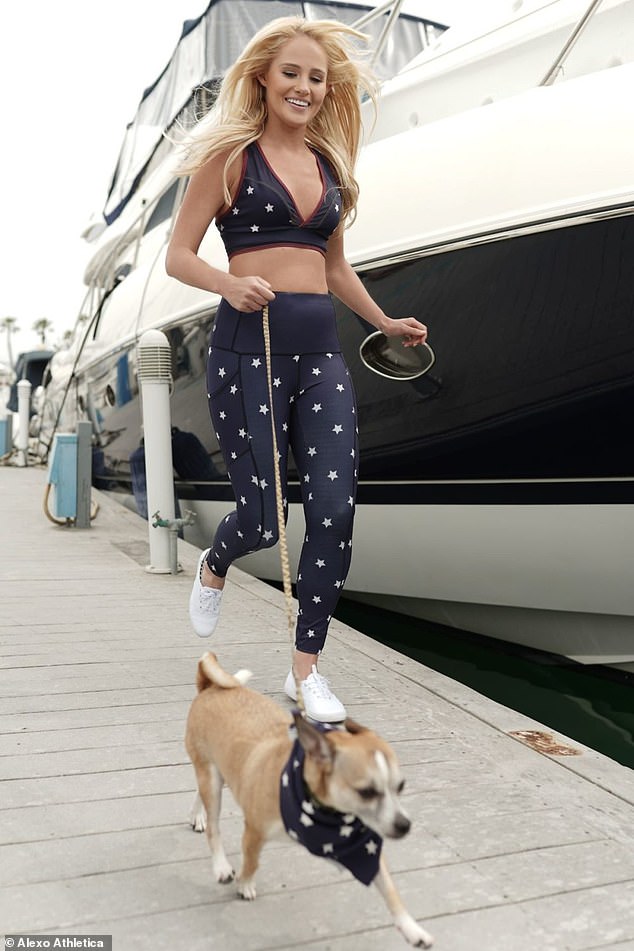 On the run: The collection includes leggings, sports bras, workout tops and jackets 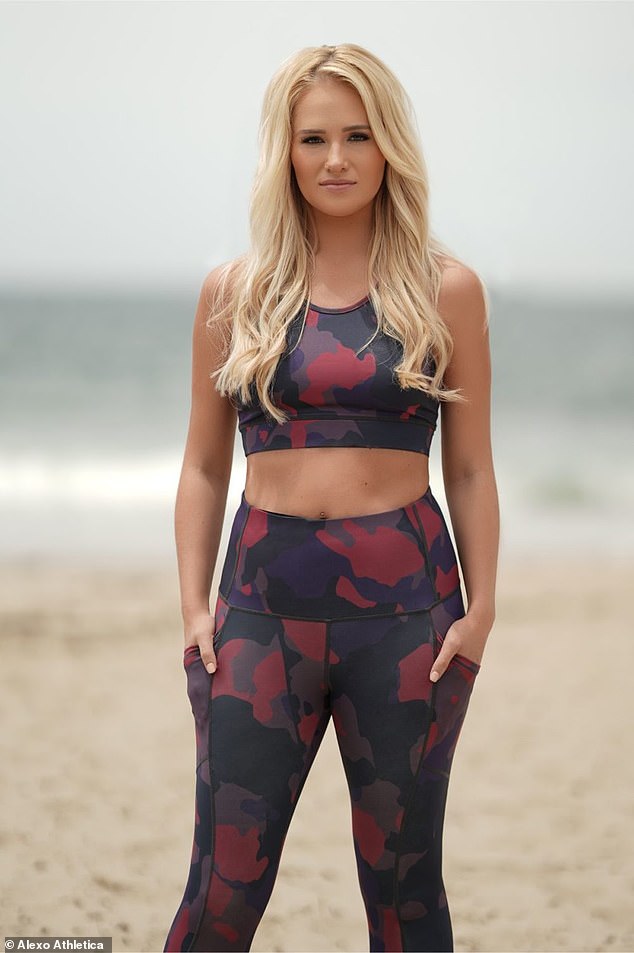 Target audience: ‘I think there are a lot of young girls out there that don’t really feel like they have a brand that represents their freedom,’ Tomi said

Really? When announcing the launch, Tomi wrote she was apparently told she was too controversial to launch her own athleisure brand

Her collection ranges in price from $37 to $89, with the leggings being the most expensive of the nine athleisure items.

Tomi’s leggings include ‘two side pockets great for holding your phone, keys and lipgloss and one waistband pocket to hold passports, ID’s or a small self-defense tool.’ 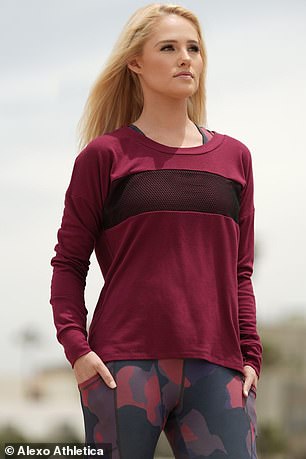 Is that true? Tomi hinted in a video that she thought athleisure wear was ‘taken over’ by a group of people, specifically the Democrats

In a video announcing the collection, Tomi explained why she wanted to branch into athleisure wear with ‘freedom’ as the theme.

She went on to politicize athleticwear, charging that it has been ‘taken over by a certain group of people’ — seemingly implying that liberals have a monopoly on athleisure.

‘I wanted my fans, my followers, my friends to have a line that they could wear and feel proud to be an American, feel proud of freedom, proud of the country that they live in,’ Tomi continued.

‘And that’s really what this line represents beyond just being a fun, sporty line.  I think it’s young people saying, “I want to be a part of something that’s bigger than myself.”

‘It’s not just a pair of leggings and a sports bra. This is bigger. This is saying that somebody like me has a place in this industry where as we might often be locked out of it.’ 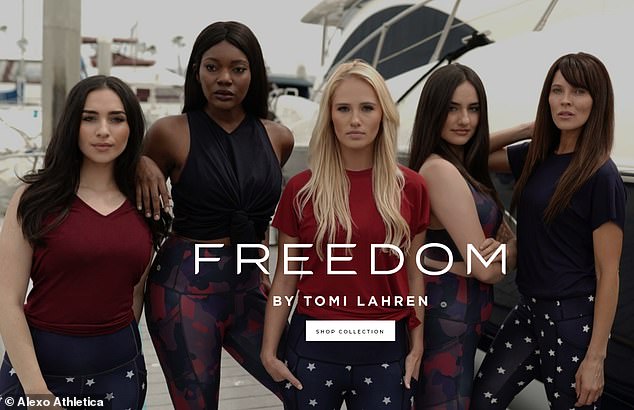 On sale: This collection ranges in price from $37 to $89, with the leggings being the most expensive of the nine athleisure wear items 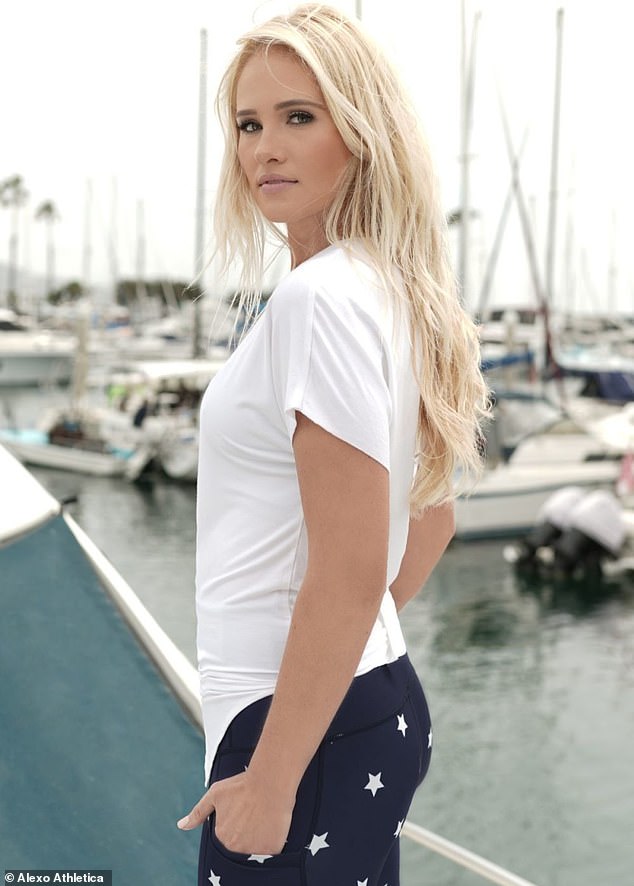 Her message: ‘It’s not just a pair of leggings and a sports bra,’ Tomi said. ‘This is bigger’ 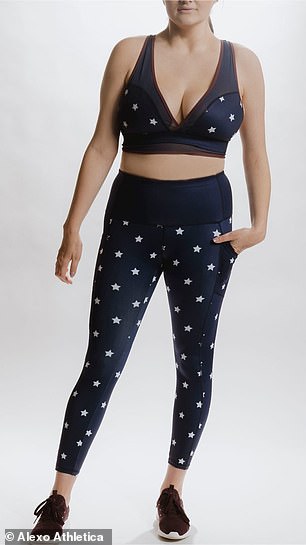 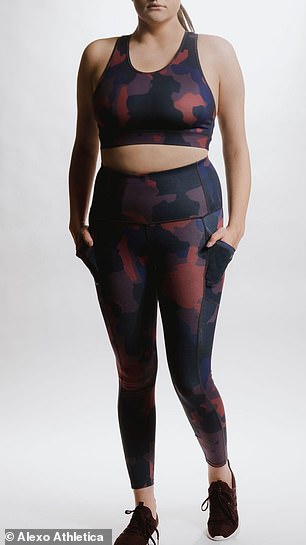 Partnering up: Tomi teamed up with Alexo Athletica, which notoriously released leggings fitted with gun holsters. The new Freedom leggings do not have a gun holster

Shiv: The leggings do have pockets, though the website explicitly states that they are ‘not designed to carry a firearm,’ but rather lipgloss, a phone, a key — or ‘a small self-defense tool’

Tomi has previously promoted Alexo Athletica when she shared a controversial picture of herself wearing the brand’s ‘carrywear’ leggings with a gun placed in the designed gun holster.

She decided to partner with the brand for the launch of her own collection, but ultimately opted to leave the gun holster off her own leggings.

The leggings do have pockets, though the website explicitly states that they are ‘not designed to carry a firearm,’ but rather lipgloss, a phone, a key — or ‘a small self-defense tool.’ 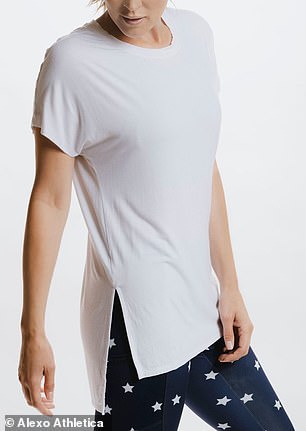 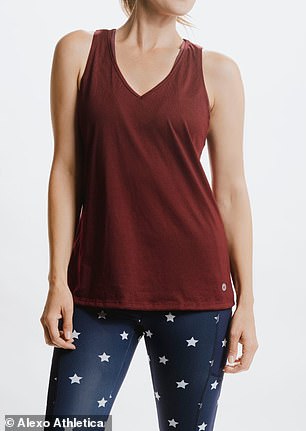 On shelves: Most of the products feature a camouflage or stars pattern besides the athletic tops in the collection 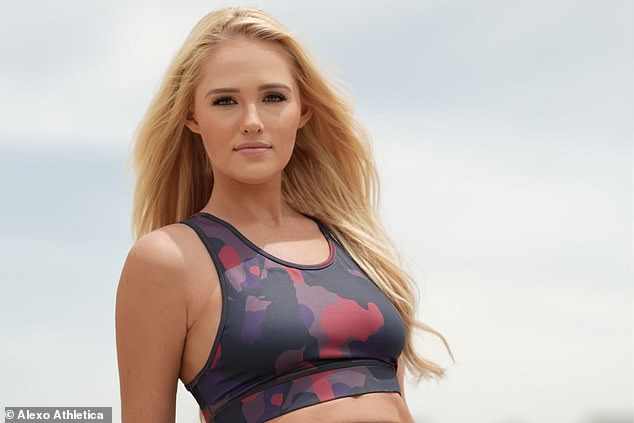 Her take: ‘I believe in the Second Amendment. I believe in freedom,’ Tomi said, but she ultimately decided not to include a gun holster in her leggings 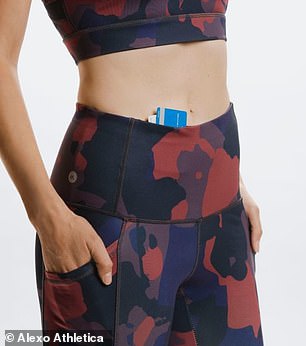 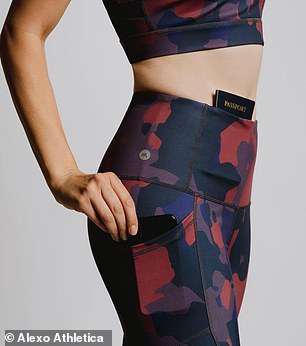 On the go: The leggings have pockets to carry smaller items, such as a phone or a passport

For patterns, Tomi said she chose camouflage because of her love for the United States military.

The star pattern was picked because she wanted to represent the American flag in the collection.

‘I think everyone knows how I feel about the American flag,’ she said. ‘So having that and being able to put that on leggings and a jacket and a sports bra, that is really important to me.

‘And I think that a lot of young people, they want to have something that says, “I’m proud to be an American. I believe in freedom. I love the United States military.” That’s what these patterns really represent.’

Tomi believes women could wear the new line working out, going to the airport or while running errands around town. 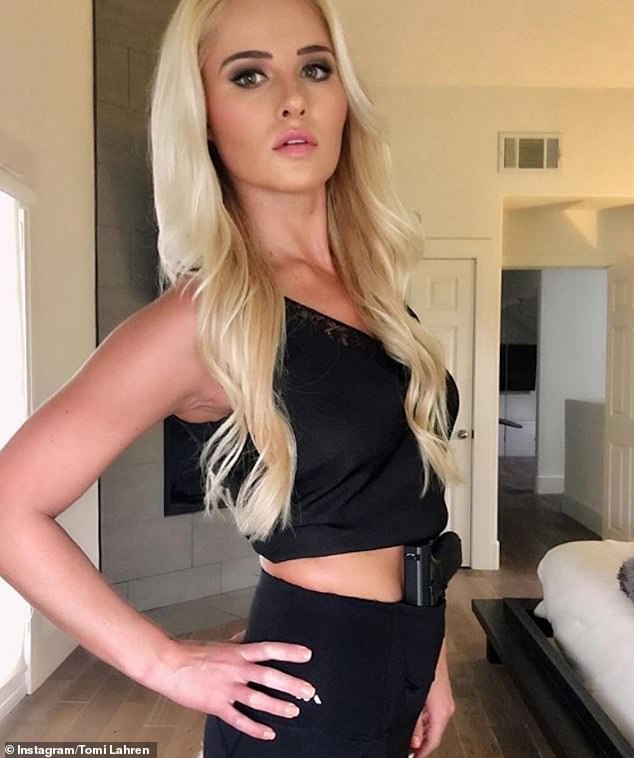 Throwback: Tomi first showed her loyalty to the Alexo Athletica brand in 2018 when posing in one of their leggings with a gun in the gun holster

Funny: People online critiqued the new collection, namely Tomi’s claims that it was ‘controversial’ for her to design leggings

Not into it: Not everyone was excited about the new collection

Backlash: Some people thought Tomi was a hypocrite for previously telling other people to stay in their own lane only to launch an athleisure wear collection

But the launch of the new line caught some backlash from people online who were unimpressed by how Tomi advertised the products on her Instagram.

‘”Some have told me I’m too ‘controversial’ to have an athleisure line,”‘ reporter Hunter Schwarz shared on Twitter, mockingly pulling out that line from Tomi’s caption.

Another person wrote: ‘No one has ever told anyone that.’

Other commenters thought the backdrop for the campaign images diminished the message Tomi was attempting to portray with her Freedom line.

‘Nothing says “down with the liberal elites” like selling leisure suits from a yacht,’ a commenter wrote.

Quite a few critics also pointed out that branching out into athleisure constitutes Tomi not staying in her lane — something that she has criticized others for doing on several occasions.

Previously, Tomi has hinted other people, specifically athletes, should stay in their own lanes instead of approaching political topics. This point brought up by multiple critics of the new collection.

‘You should be able to do what you want,’ one commenter wrote. ‘But in fairness, it’s somewhat hypocritical of you to branch out because you have told other to stay in their lane numerous times (specifically, athletes).’

Karlie Kloss and fiance Joshua Kushner treat themselves to something sweet in New York City
What's in store for the global economy in 2019?
Man hits 18-stone wild boar with car in Forest of Dean Gloucestershire causing £5000 damage
Longtime Coachella employee falls more than 60FT to his death while helping to set up festival stage
Jeff Bezos is still living with ex-wife Mackenzie, who made a $1B profit off stock in just two weeks
£100 million super-yacht once owned by Low Taek Jho to become this summer's Mediterranean party
Staff at Jeffrey Epstein's 'pedophile island' say he has a secret safe
Shocking moment woman refuses to get off Delta flight after boarding without a ticket or ID