A woman has been arrested on suspicion of child neglect after a 10-year-old boy was found dead in a caravan in Birmingham this morning.

Emergency services attended the scene in Acocks Green at around 7.30am and rushed the child to hospital but he was pronounced dead shortly after arrival.

West Midlands Police were called to the address this morning following reports a child had been found unconscious in a caravan parked in the driveway. 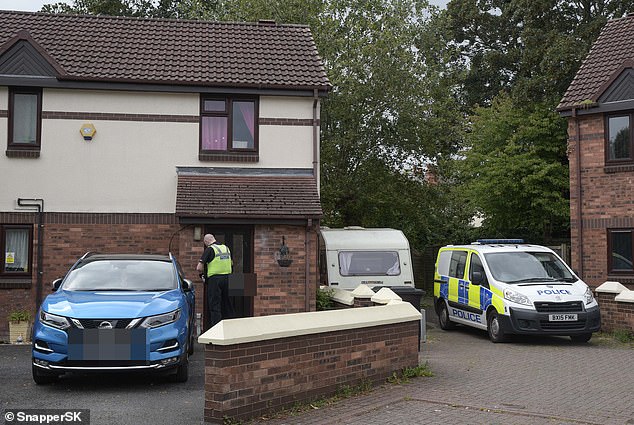 A 10-year-old boy was found dead ‘in a caravan’ next to a property in Acocks Green, Birmingham, this morning. Pictured are police officers at the scene 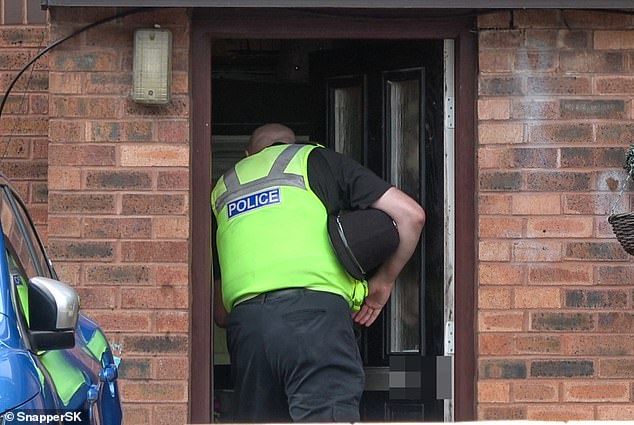 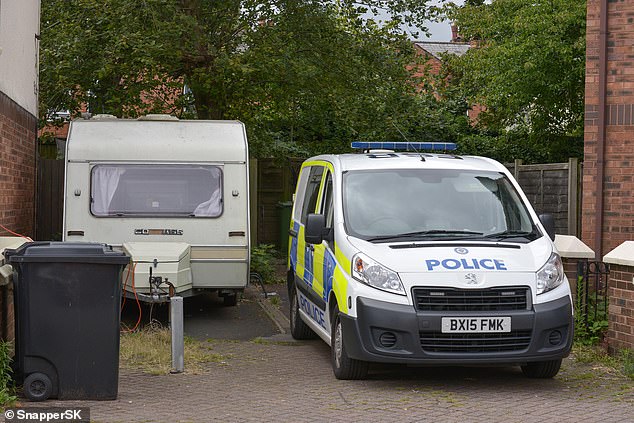 Officers were called to the property at around 7.30am and, according to neighbours, found the child inside the caravan

Officers were seen  going into the property today, but neighbours said the family were not at home.

A resident, who did not want to be named, told The Sun: ‘I saw police and ambulance at the house going in the caravan on the driveway and someone said a young boy was found dead inside.

‘From what I know, the parents weren’t at home and only arrived about lunch time and were met by the police at the property.’

A force spokesperson said: ‘Police and ambulance were called to an address in Blossomville Way, Acocks Green at around 7.30am this morning following reports that a child had been found unconscious at the address.

‘The 10-year-old boy was taken to hospital where he was sadly pronounced dead.

‘The death is currently being treated as unexplained and a post-mortem will take place in due course.’

A West Midlands Ambulance Service spokesman added: ‘We were called to reports of a medical emergency at a property on Blossomville Way at 7.19am this morning.

‘Two ambulances, a paramedic officer and the Midlands Air Ambulance Critical Care Car were sent to the scene.

On arrival we discovered one patient, a boy, who was in a critical condition. He received specialist trauma care at the scene before being transported to Heartlands Hospital.

‘Sadly, it later became apparent at hospital that nothing could be done to save him and he was confirmed deceased.’

Dave Bautista: Guardians of the Galaxy 3 'on hold indefinitely'
'Member of MS-13' is arrested for 'raping girl, 11'
Delta Goodrem's mystery man is revealed as comedian Rick Glassman
UN Khashoggi report piles pressure on Saudi crown prince
Dating app founder reveals how to achieve the perfect profile photo
JAN MOIR: In his hotly-anticipated TV interview, David Cameron was a rescue pup... rescuing himself
Prince Harry and Meghan Markle will KEEP their HRH titles but have 'agreed NOT to use them'
Coronavirus UK: Obesity, gender and race death risks examined