Conservative Party chairman James Cleverly has been involved in a minor road traffic collision on the M11 on Friday.

An angry motorist claims the Tory MP was ‘on his mobile phone’ as the cars collided in Essex.

Motorist Asim Khan said on Twitter: ‘This guy James Cleverly is a dishonest and a liar of a person. He is not to be trusted. He hit my car on M11 while speeding and using his phone. 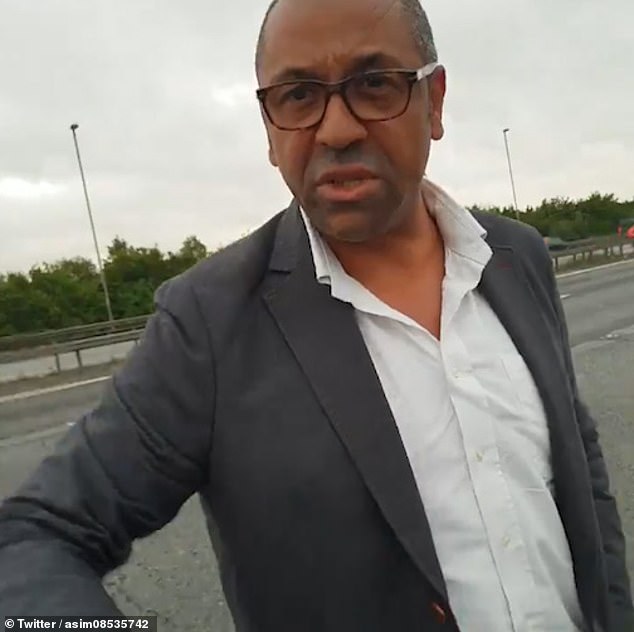 Tory Party Chairman James Cleverly, pictured on Friday on the hard shoulder of the M11 was involved in a road traffic collision with a fellow motorist 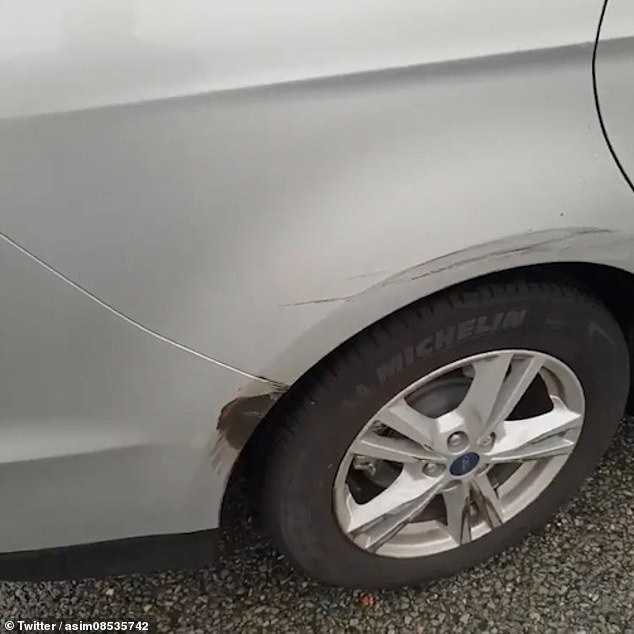 The motorist Asim Khan, claimed Mr Cleverly scraped the side of his car while talking on the phone 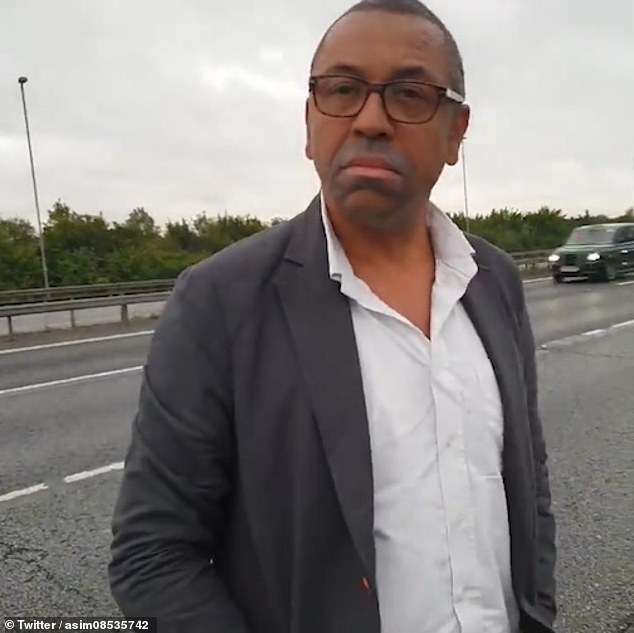 A Conservative Party spokesman confirmed Mr Cleverly was involved in a minor collision on Friday, although sources close to the MP denied he was speeding or using his phone

‘At the scene he admitted it was his fault. He damaged my new car. When I contacted him he said he is not accepting liability.

A spokesman for the Conservative Party said: ‘James was involved in a minor accident with another car on Friday. The matter is now being dealt with by his insurance company.’

A source close to Mr Cleverly denied he was speeding, or was using his mobile phone at the time of the incident, or accepted liability.