The man accused of murdering PC Andrew Harper faces trial in January in front of a High Court judge.

The Thames Valley Police officer, 28, was killed last Thursday evening near the village of Sulhamstead in Berkshire while investigating a burglary.

The newlywed died from multiple injuries after being dragged under a vehicle.

Jed Foster appeared at Reading Crown Court by video-link from Woodhill prison in Milton Keynes on Wednesday charged with Pc Harper’s murder and the theft of a quad bike from Paul Wallis.

Pc Harper’s family looked on from seats in the jury box as Foster sat emotionless at a desk listening to proceedings. 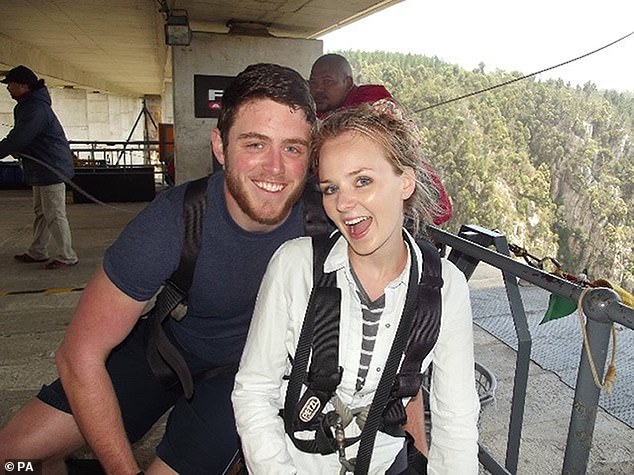 PC Andrew Harper (pictured with his wife Lissie) was killed last Thursday evening near the village of Sulhamstead in Berkshire while investigating a burglary.

He is yet to enter pleas to the charges, but on Tuesday his lawyer Rob Jacques said Foster ‘denies any involvement in the horrific murder of Pc Harper’.

Judge Paul Dugdale said on Wednesday: ‘I understand the issue is identity as far as Mr Foster is concerned.’

Foster, 20, whose friends and family members filled the public gallery, spoke to confirm his name, date of birth and that his nationality during the hearing, which lasted around 30 minutes.

The judge set a trial date for January 20 for the case, which is expected to last around three weeks. 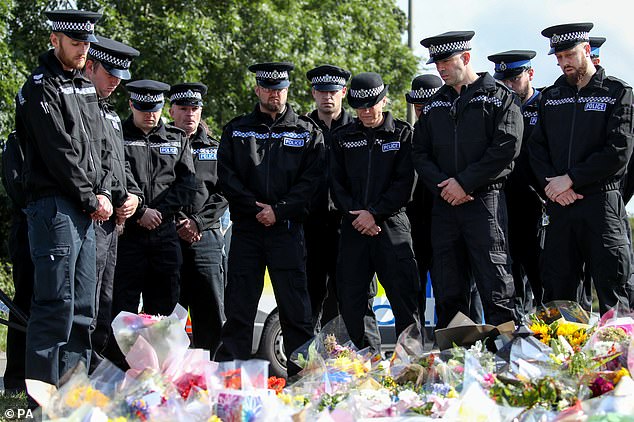 Police officers gathered to pay their respects at the scene in Sulhamstead, Berkshire, yesterday following the death last week

‘It will be a High Court judge case and will be tried at Reading Crown Court,’ he said.

Foster was one of 10 men and boys aged between 13 and 30 from a nearby caravan park arrested after the death.

Only he has been charged, while the remaining nine suspects have been bailed until September 13.

Foster is next expected to appear in court on November 20 for a case management hearing. 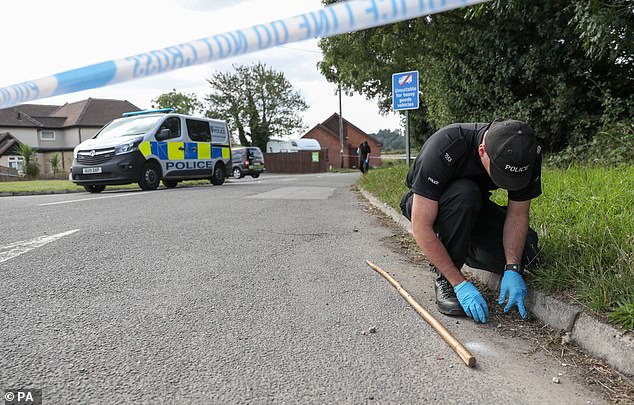 Spanish government under pressure over Saudi defense deals
Hormone kit that lets men BREASTFEED could be available in as little as five years
'Nobody wins, everybody loses, it needs to be fixed': GMB weatherman Alex Beresford
BAFTAs TV 2019: Holly Willoughby celebrates with sister Kelly as they BOTH pick up an award
Woman who was 'dreading' her wedding day reveals how she lost five stone to fit into her dream dress
Huge 28ft anaconda KILLS a crocodile in dramatic fight to the death deep in the Amazon
Coronavirus UK: McDonald's 'to reopen in May' as traffic grows
A FIFTH of Britons would consider deliberately getting coronavirus for 'immunity certificate'