A Serbian model who has worked for some of the top fashion houses in the world was left unable to walk after she smashed into a tree and suffered multiple pelvic fractures while using a zip-line at a garden party thrown by a billionaire equity manager.

Simona Andrejićc, 25, and a fellow young models were invited to the soiree at Chinh Chu’s home in Westchester, New York, on July 17.

The festivities took a tragic turn when Andrejićc went on the zip-line and crashed into a tree at top-speed.

The model, who has walked the runways of Gucci, Dolce & Gabbana, Dior and Calvin Klein and appeared on the cover of Elle Serbia multiple times, was injured so severely that she is now confined to a wheelchair.

This week reports emerged that Andrejićc has filed a multi-million dollar lawsuit against Chu, a 53-year-old former managing director of Blackstone who now runs CC Capital.

‘Simona has devastating injuries,’ Andrejićc’s attorney, Salvatore Strazzullo, told Page Six. ‘She cannot work and is in substantial pain. She should be fairly compensated within the law.’

Serbian-born model Simona Andrejićc, 25, was left unable to walk after she zip-lined into a tree during a party at billionaire financier Chinh Chu’s mansion in Westchester, New York, last month. Andrejićc is now suing Chu over the incident 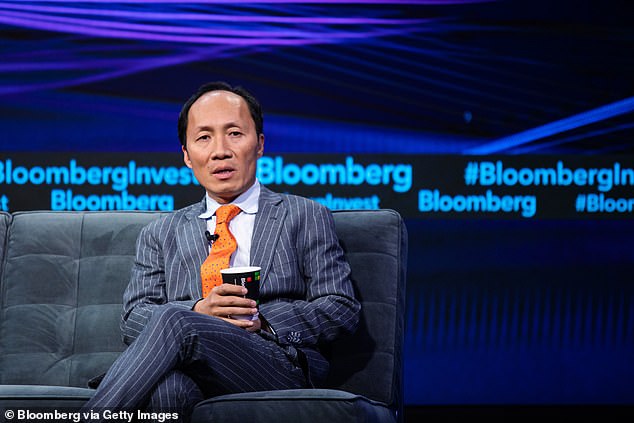 Chinh Chu a former managing director at the Blackstone Group who now runs CC Capital, invited a group of young models to his estate in Westchester for a party on July 17 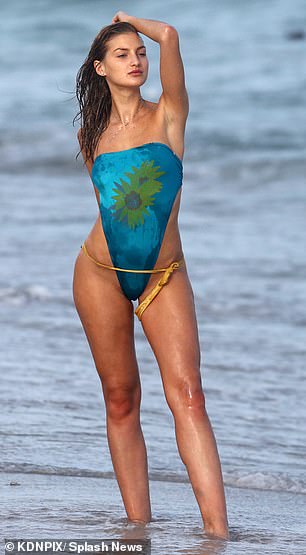 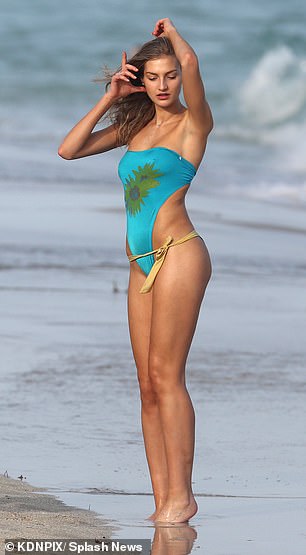 Andrejićc claims she will no longer be able to model now that she is confined to a wheelchair. The 25-year-old walked the runways of Gucci, Dolce & Gabbana, Dior and Calvin Klein and appeared on the cover of Elle Serbia multiple times

After the horror crash Andrejićc was left clinging to a wooden platform 50 feet in the air in agonizing pain for two hours before emergency crews arrived to rescue her, a witness said.

She was transported to a local hospital before being airlifted to Yale New Haven Hospital, where she was treated for multiple pelvic fractures and lacerations in her arm that required stitches.

As Andrejićc recovered from the brutal injuries, Chu allegedly promised he would ‘take care of things’ for her, offering to let her use his Rolls Royce to get to the doctor, paying her medical bills and putting her up in a hotel.

However, sources say he offered a measly settlement of only a few thousand dollars every month for a year, which those who know the financier say is ‘pocket change’ for him.

When the model declined his offer, one of Chu’s aide’s allegedly threatened to stop covering her medical and lodging expenses.

Andrejićc voluntarily moved out of the hotel but has not been able to return to her walk-up in New York City because she is in a wheelchair.

Chu, a divorced father of two who is now said to be dating a Russian model, his attorney and his publicist have all declined to comment on the lawsuit. 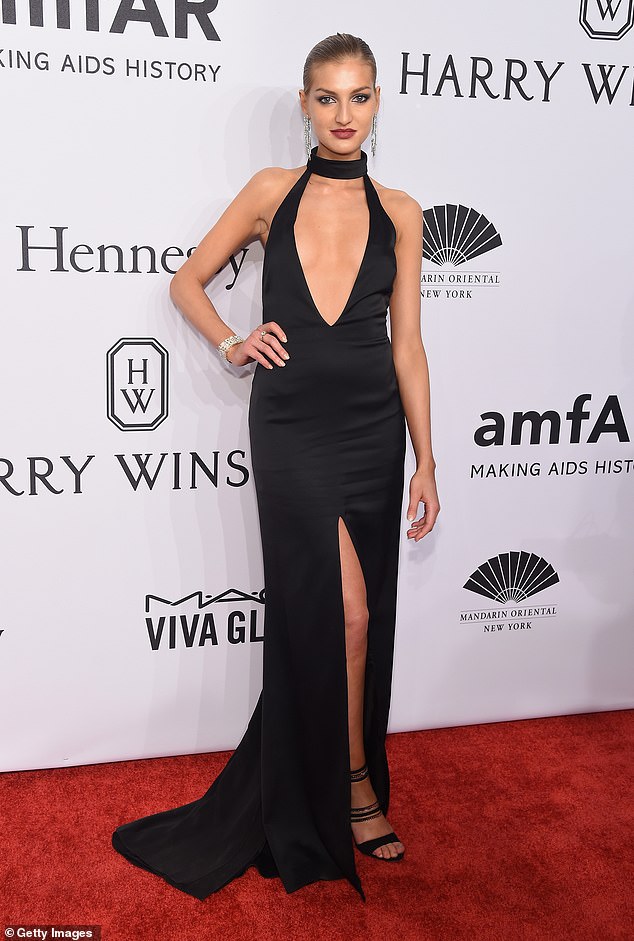 Andrejićc has hired power attorney Salvatore Strazzullo, who told Page Six, ‘Simona has devastating injuries. She cannot work and is in substantial pain. She should be fairly compensated within the law.’ 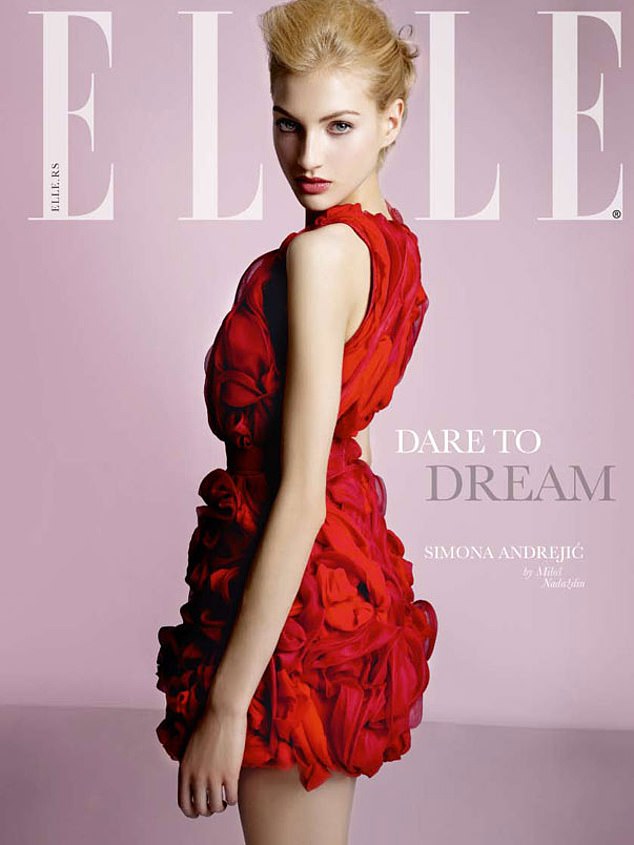 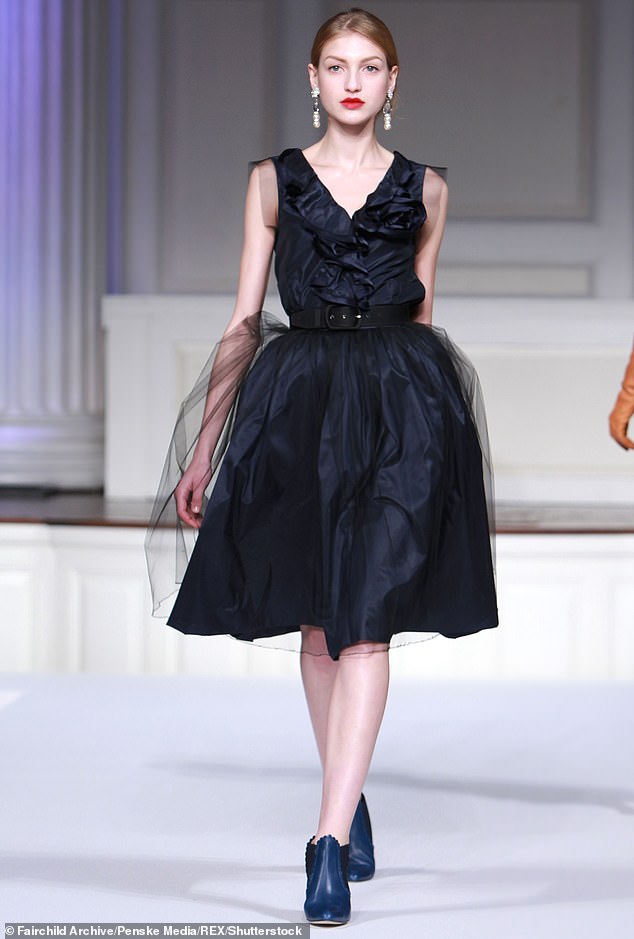 Chu was born in Vietnam and fled the country with his family when he was eight years old in 1975.

He went on to become a top dealmaker at Blackstone Group, the world’s biggest manager of alternative investments, where he worked on some of the companies biggest and most successful leveraged buyouts.

In 2007, Chu bought up the final three units of Trump World Tower in New York City from Donald Trump for $33.7million.

Chu bought the property in affluent Westchester County, where Andrejićc’s accident took place, for $5million in 2012.

His ex-wife, Ha Phuong, is a prominent Vietnamese actress and singer who rose to fame when her song Hoa Cau Vuon Trau was played during halftime at the 1994 World Cup. 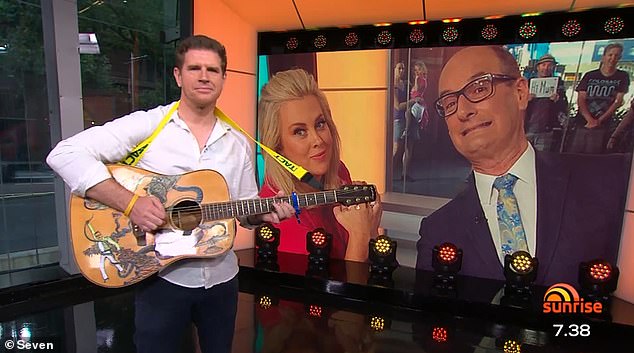 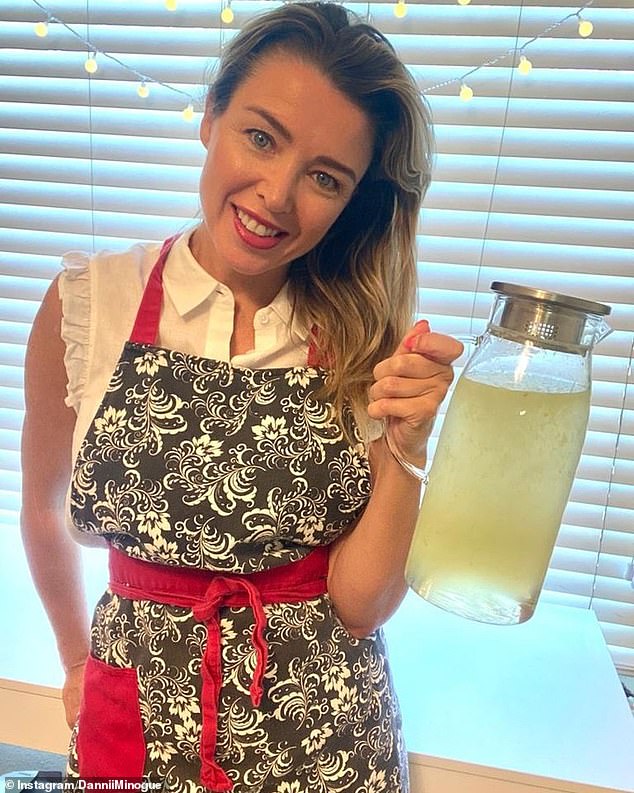 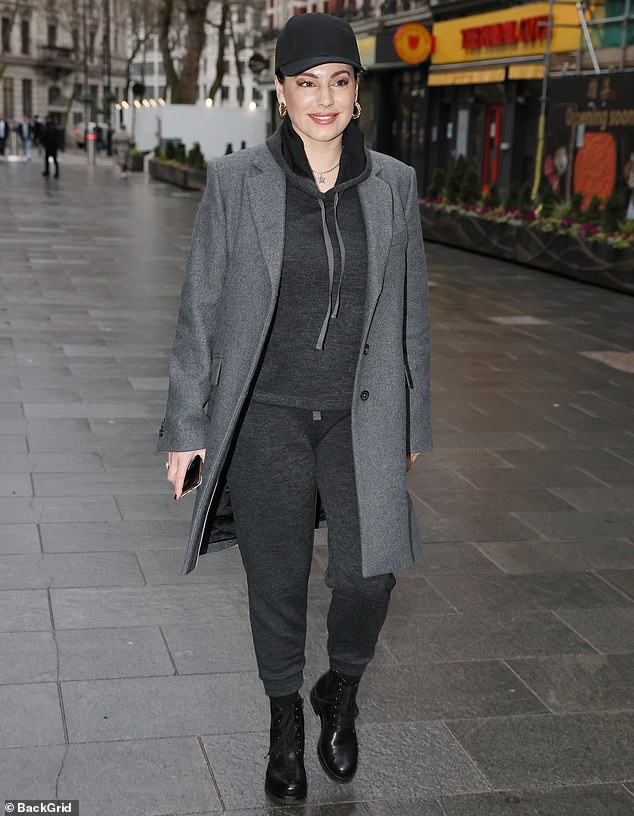 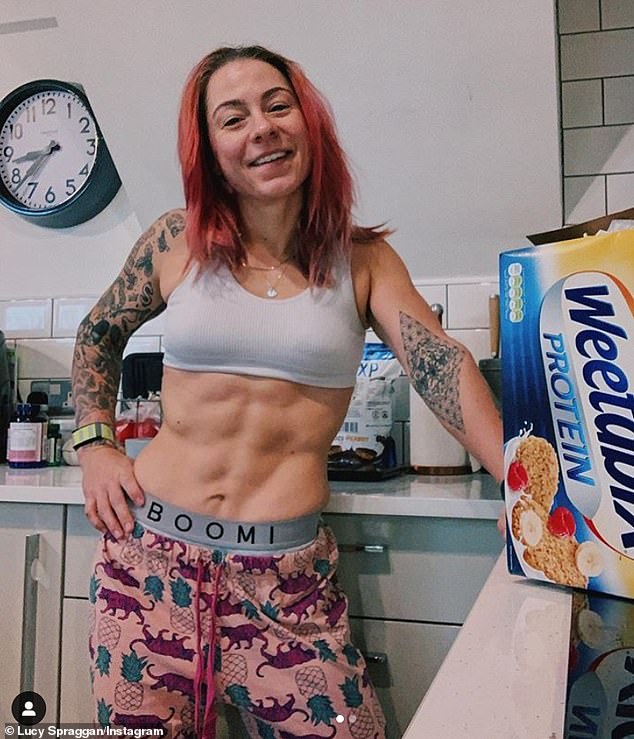 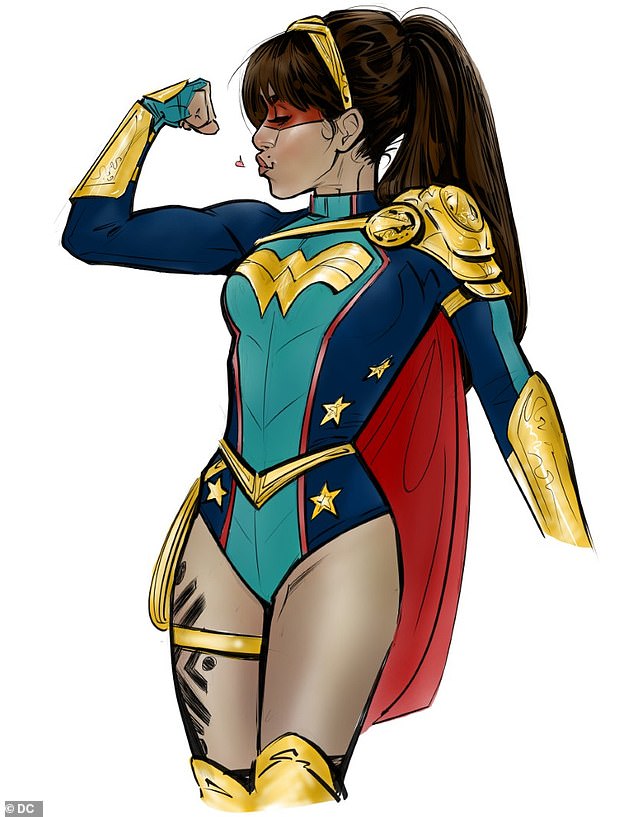 Wonder Girl series with Latina lead in pipeline at CW 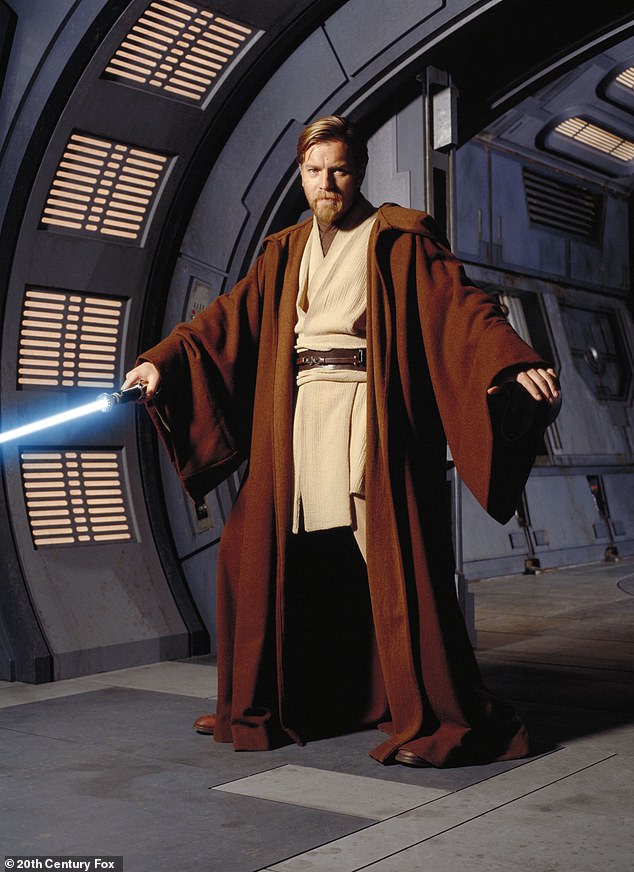 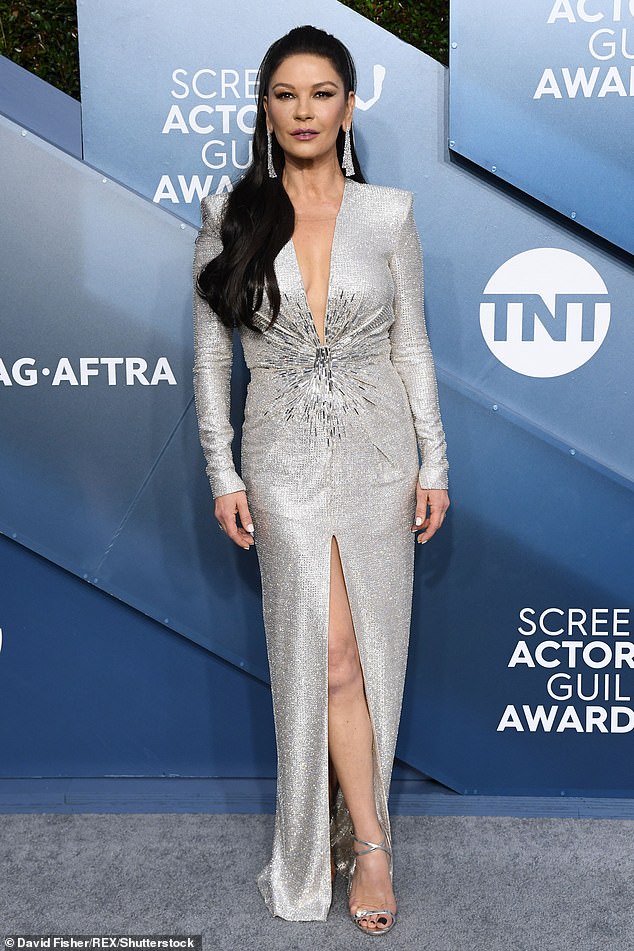 Catherine Zeta-Jones, 51 reveals what on earth she cuts out of his diet to stay slender 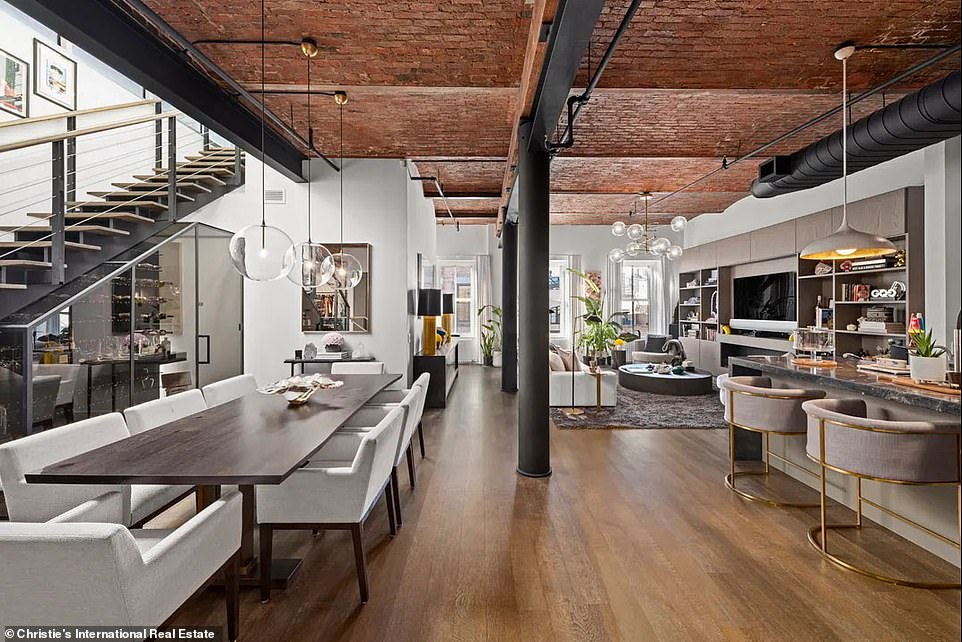