Disneyland granted one woman’s wish to enjoy a day at the happiest place on Earth by honoring her free admission ticket that she won back in 1985.

Tamia Richardson of has been a fan of Disney since she was a little girl.

Richardson, a teacher and school counselor in Alberta, first visited the park in 1985 when she was 14 years old and was left utterly enchanted.

Little did she know it was the 30th birthday of the park located in Anaheim, and she won a special free admission voucher handed out to every 30th guest. 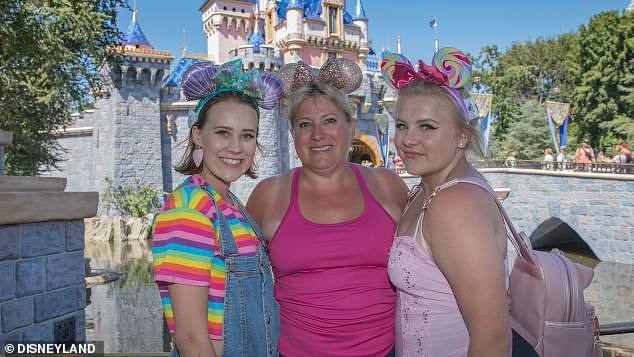 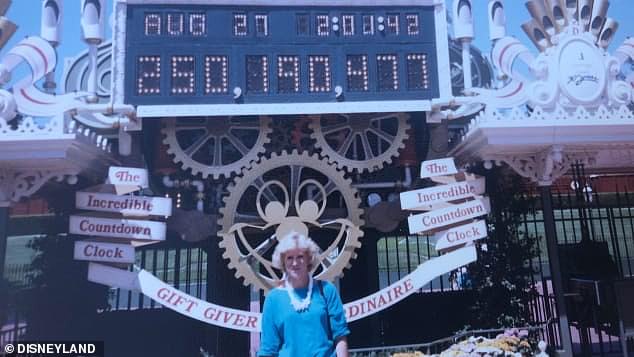 ‘As part of the 30th Anniversary, Disneyland featured the Gift Giver Extraordinaire, which gave out prizes to every 30th guest,’ a Disney spokesperson said to 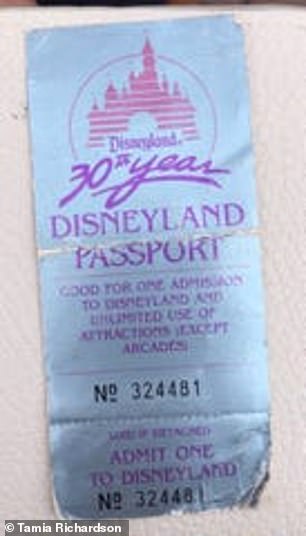 She forgot about the free admission ticket, then worth $16.50, (above) for decades but recently found it in an old box of keepsakes and decided to use it

‘Tamia won a pass to use for a return visit. She kept the pass for 30 years and used it today for admission.’

Richardson held on to that free ticket, then worth $16.50, for decades.

The old ticket says ’30th year Disneyland Passport. Good for one admission to Disneyland and unlimited use of attractions.’

There was no expiration date on the vintage ticket.

She finally decided to redeem it 34 years later on August 17 after she found the forlorn ticket in an old box of mementos from her past.

‘I was a little nervous because it was an old ticket,’ she said to the . ‘I was crossing my fingers.’

She headed to the park with her two teenage daughters, aged 15 and 17, and the park gladly observed her pass without charging her a dime.

At the turnstile the Disneyland employee called the manager to confirm the old pass was valid and she was let in without issue. 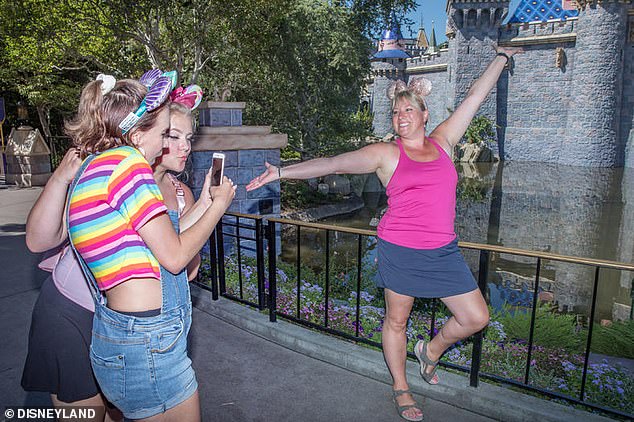 ‘I was a little nervous because it was an old ticket. I was crossing my fingers,’ Richardson said. The park not only accepted the ticket, they exchanged it for a new daily pass that included access to Disneyland and California Adventure Park, which is worth $199 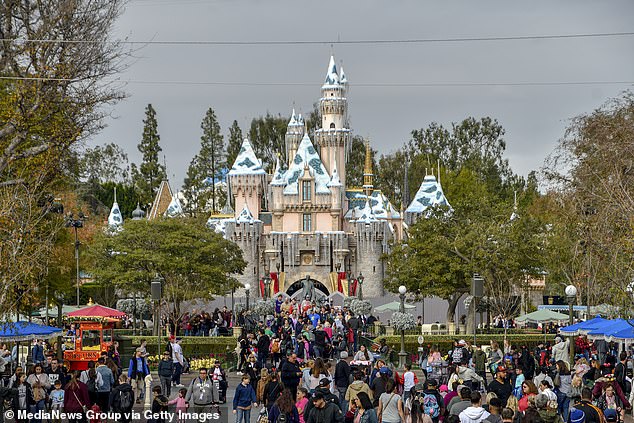 In the 30th anniversary spectacular at the park back in 1985, Disneyland gave out a free ticket to every 30th visitor, and the 3millionth customer won the grand prize of a Cadillac DeVille sedan

Not only did they accept the ticket, the park exchanged it for a new daily pass that included access to Disneyland and California Adventure Park.

Today a basic single day admission ticket at the park costs a whopping $149, an 800% increase over the 1985 price. A pass to visit both parks in one day costs a staggering $199 during peak summer months.

Tamia gleefully explored the magical park wearing Mickey Mouse ears and posing in front of the Magic Kingdom castle with her daughters.

She says that she’s returned to the park several times in the past, but forgot about the old promotional ticket she won when she was 14, until she rediscovered it in an old box of keepsakes.

Adam Schiff points out irony that Michael Flynn who once chanted 'lock her up' gets no jail time
Top Trump official calls bankers, will convene "Plunge...
Latin American TV star and star chef are told to REMOVE Puerto Rican flag painted on new restaurant
X-rays ravaged Thomas Edison's assistant's hands and killed him
Did Prince Andrew nearly come to blows with Queen's aide?
High-fiving cheerleader is wiped out by tumbling fans as railing at a volleyball match collapses
Meth addict mom wanted murder for giving birth to stillborn baby that had toxic levels of the drugs
Friends fear Autumn Phillips could take daughters Savannah and Isla to live in Canada