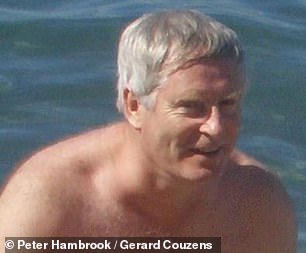 A British pensioner spent nine months in a ‘hellish’ Portuguese prison and feared he might die there after three kilos of heroin were planted in his luggage.

Last May, computer consultant Peter Hambrook, 68, from Richmond, south-west , was on a stopover from Mozambique to Amsterdam when a team from Portugal’s national anti drug-trafficking unit swooped on him as he collected his bag from the airport carousel.

Inside the canvas lining, they discovered enough of the class A drug to make 38,400 doses.

Days earlier, the father-of-one had been asked by a former colleague to go to Amsterdam for a £500-a-day contract.

But after arriving, he was informed he would need to travel onwards to Mozambique and buy gifts, including straw hats and African carvings, for an associate in Amsterdam.

In Mozambique, a colleague known only as ‘Jack’ lent him a case to carry the gifts – and it was a decision that would change Peter’s life forever.

Peter was hauled into custody and accused by authorities of knowingly smuggling heroin and being paid up to £10,000 for doing so. 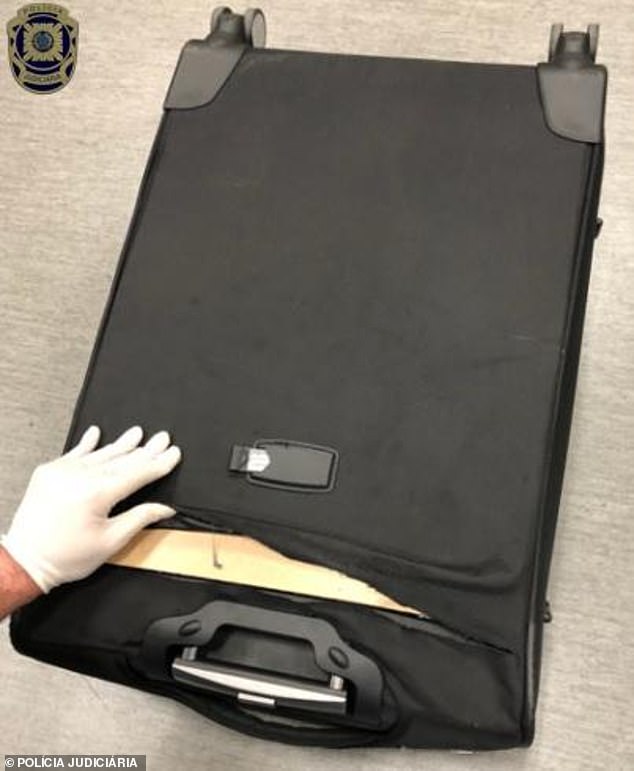 The case given to Peter Hambrook, which contained three kilos of heroin in the lining 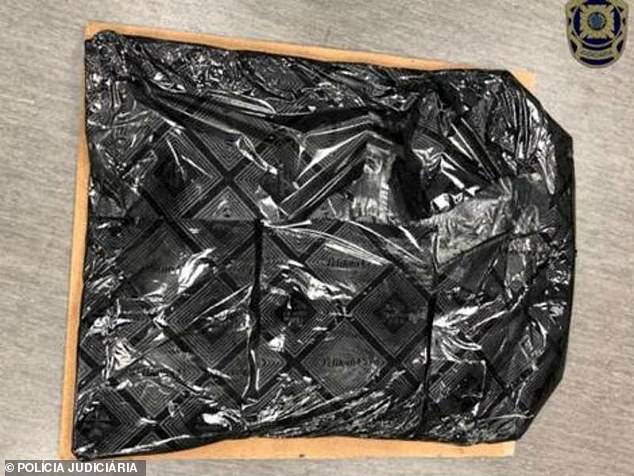 For his part, Peter, who is now writing a book about his fight for innocence, said he ‘had no idea’ the drugs were contained within his luggage.

After being formally charged, he was transferred to EP Lisboa, a high-security prison containing some of Portugal’s most dangerous criminals, including murderers, rapists and paedophiles.

He says four days went by before he could call his wife, Jean and 17-year-old daughter Lucy, to tell them of his plight.

Speaking to , Peter said: ‘It was hell. It’s the worst thing I’ve ever experienced – I never thought that I’d get out.’

Conditions inside the prison were ‘awful’, with open toilets in the cells, no air conditioning or heating and ‘appalling’ food. 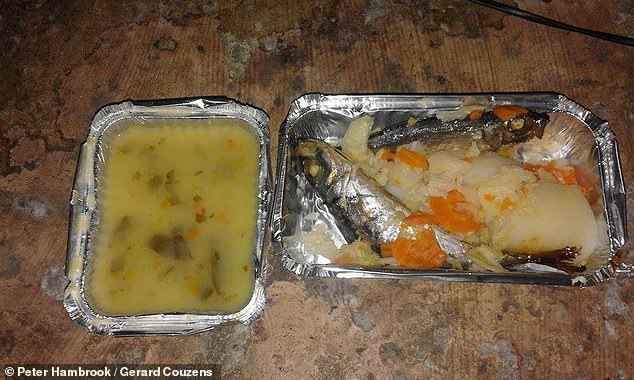 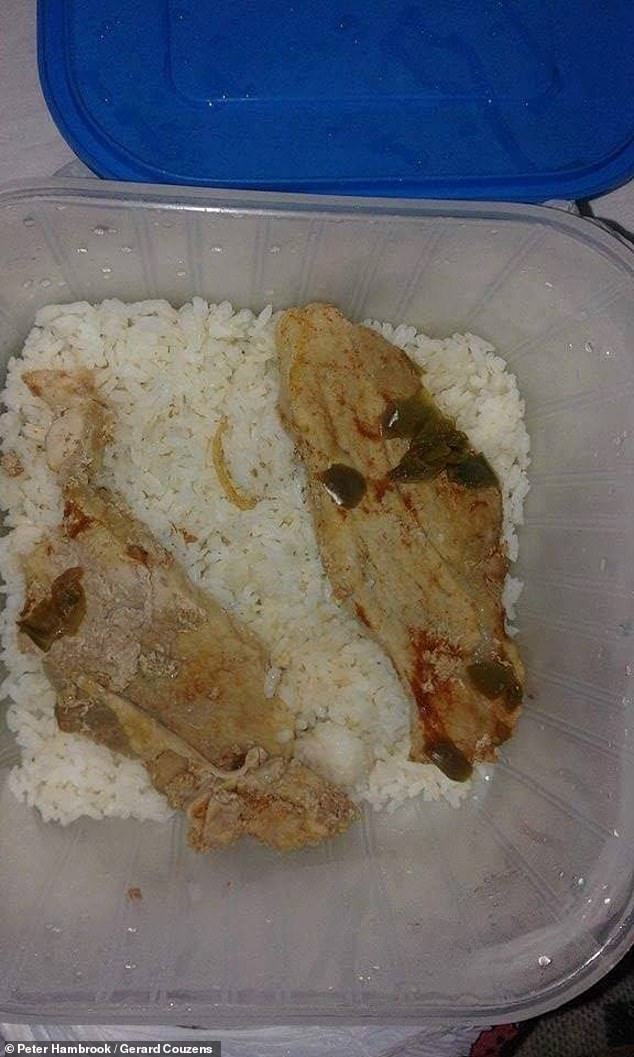 Peter Hambrook said of his time at EP Lisboa: ‘It’s the worst thing I’ve ever experienced’

He said he barely left his cell for fear of being targeted by other prisoners and lost 20 kilos during his time in captivity.

Speaking about his experience, he said: ‘Last year the UN came and closed a downstairs wing where there were rats running around to be closed.

‘They had a riot in another wing earlier this year.

‘We would have to go through a bit of the basement to get out to the patio area and the place heaved with the smell of sewers and you’d have to hold your breath to go through. 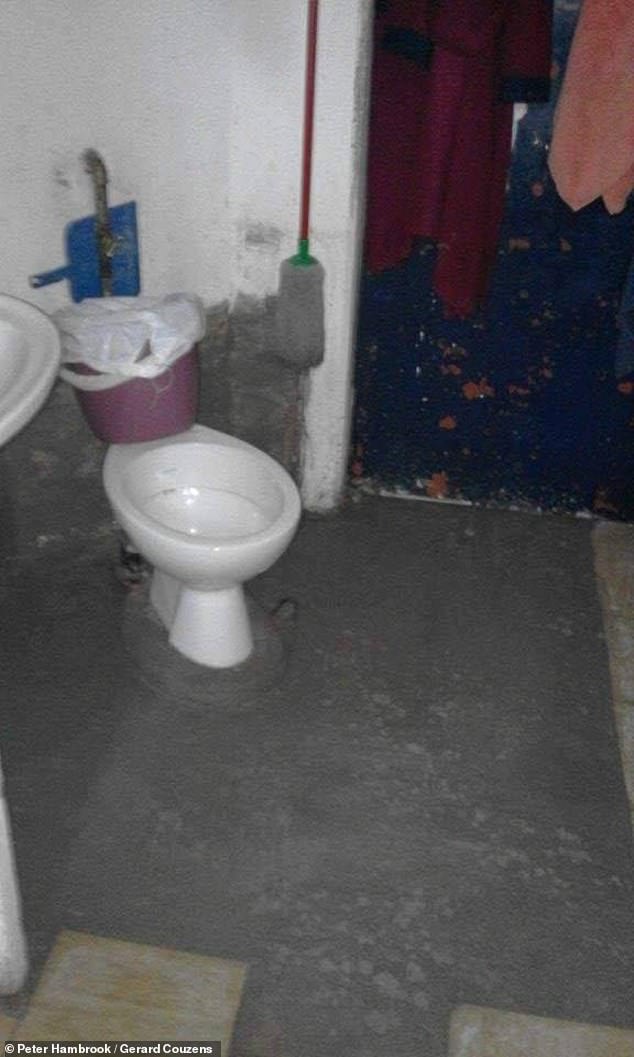 ‘There were around 11 strikes by the prison guards while I was there and some lasted up to 12 days at a time.

‘Breakfast was a couple of rolls and some brown stuff that was supposed to be coffee but I think was chicory.

‘One day you got butter with the rolls and another day jam but never both.

‘Lunch was so appalling I asked for vegetarian food immediately. I remember seeing a piece of skin served up as meat and there was still hair from the pig sitting on it.

‘There’s a limit to how much you can damage a vegetable. 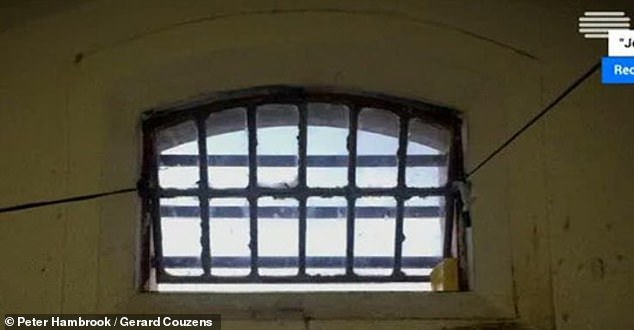 There was no air conditioning or heating, while many of the windows in the cells had gaps

‘There was an open toilet in the cells, although most inmates put up a curtain so there was a degree of modesty and two beds with probably about two only feet between each.

‘There’s no air conditioning and no heating but the big problem is the windows in the cells invariably had glass missing and the gaps were blocked up with things like cardboard.

‘During the time I was in the prison there were 12 deaths and only four were natural causes.’

Peter however remained hopeful that he would be acquitted, given that he was never paid any money, there were no phone messages linking him to smuggling the drugs or fingerprints.

‘The judge that acquitted me said I was the first person in 23 years he had come across accused of drug trafficking who had been found not guilty,’ said Peter.

‘There is justice in Portugal – but it moves excruciatingly slowly.’

Freed Peter Hambrook, who was finally acquitted after drug runners planted three kilos of heroin into his case, said yesterday fellow prisoner Roger Clarke could have been tricked into trafficking drugs by ruthless criminals just like he was.

Retired cook Roger Clarke 72, insists he and wife Sue, 71, are innocent and were just doing a favour for friends who wanted Christmas gifts taken back from the Caribbean to London.

The pair were arrested on December 4 last year in Lisbon after police boarded the MC Marco Polo during the second-to-last stop of their 33-day, £3,000-a-head transatlantic cruise and discovered nine kilos of cocaine valued at £1million inside four suitcases in their cabin. 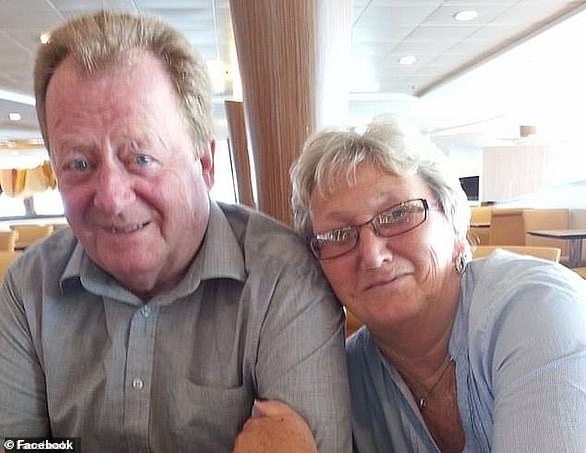 Peter and Roger spent two months in the same prison wing at EP Lisboa, which the  accountant-turned-IT consultant described as the ‘worst’ jail in Europe.

Peter said of Roger: ‘That jail is not a good place to be if you’re not in good health and Roger isn’t. I do have concerns about his wellbeing.’

He added: ‘I think he was a bit shellshocked. He said to me that he knew the people who had given him the cases. They were supposedly meant to contain Christmas presents and he was doing them a favour taking them.

‘He said he had met them before during a wedding in St Lucia. I think they were meant for people back in Britain.

Sue, a retired secretary from Northampton, is being held on remand at nearby Tires Women’s Prison.

The pair have been charged with drugs trafficking and are awaiting trial.

Both have served jail time in Norway after after being convicted of smuggling cannabis.