Yolanda Hadid turned heads when she stepped out with a mystery man on Tuesday.

And now the 55-year-old model mom is making things Instagram official with her new guy.

The ex of David Foster and Mohamed Hadid slyly revealed her beau’s name, Joseph Jingoli, in a loved up Instagram tribute Wednesday. 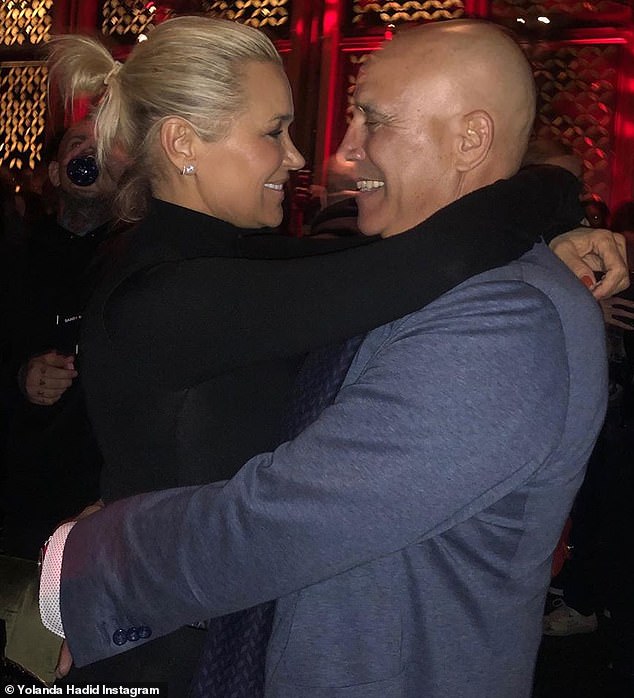 New love: Yolanda Hadid revealed the identity of her new boyfriend Joseph Jingoli via her Instagram on Wednesday

The star – who is the mother of models Gigi, Bella, and Anwar – seemed to be announcing her new relationship as she shared several snapshots of the pair.

One showed the pair in casual clothes, taking a walk through NYC. In another the duo looked utterly besotted, with Yolanda wrapping her arms around Joseph while they stared into each other’s eyes.

The last photo showed the pair riding horses together, one of Yolanda’s favorite hobbies.

Sending a romantic message, she added the lyrics to Rascal Flatts’ Bless The Broken Road in her caption.

‘This much I know is true, that god blessed the broken road that lead me straight to you….’ 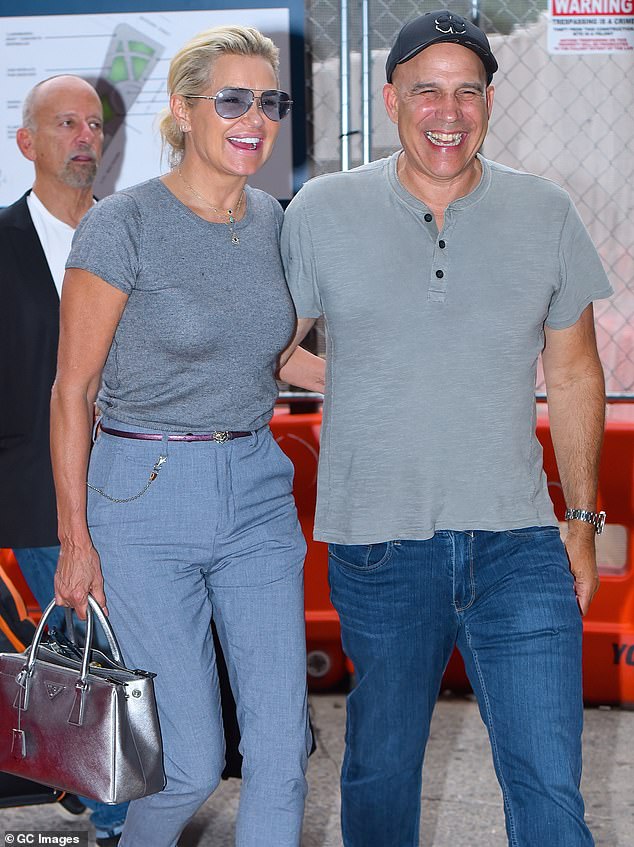 Smitten: Yesterday Yolanda and Joseph were seen walking around NYC together 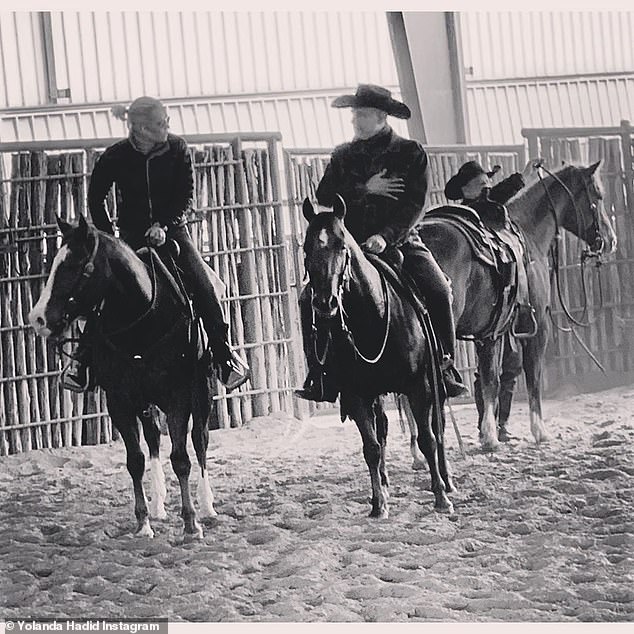 Yee haw! The last photo showed the pair riding horses together, one of Yolanda’s favorite hobbies

While Yolanda seemed to tag him with her nickname for him, her new beau’s full name is Joseph Jingoli Jr.

Jingoli is the CEO of Joseph Jingoli & Son, Inc., which is responsible for a number of major construction projects across the Northeast.

According to , Jingoli is an investor and CEO in several companies, in addition to being the president of The Farm Team, an organization which helps young adults in addiction recovery.’

It seems like things are getting quite serious for the pair, who have been dating for about three months after being set up by mutual friends. 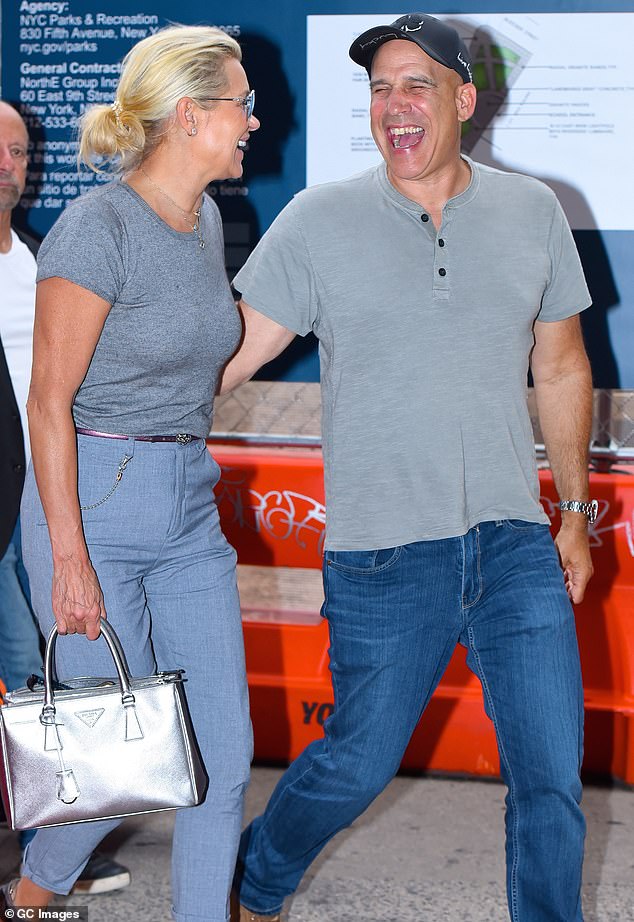 The start of something: It seems like things are getting quite serious for the pair, who have been dating for about three months after being set up by mutual friends

‘They have met each other’s kids and everyone loves Joseph,’ the E! News insider revealed.

Yolanda is said to be smitten with Joseph’s ambitious but ‘down to earth’ vibe.

‘She wants normalcy in her life and Joseph is very stable and humble,’ the source said. ‘Yolanda spends a lot of time with Joseph on her farm in Pennsylvania, but they have recently been out in NYC for business and to visit their kids.’

Though her relationship may come as a surprise, Yolanda has been sending signals there’s a new man in her life. 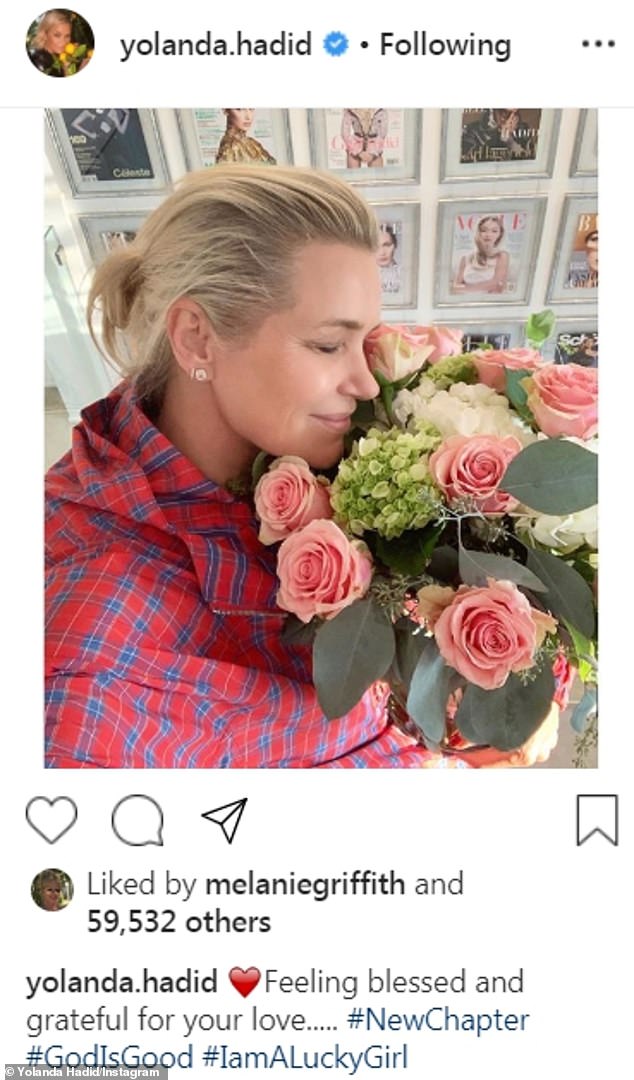 ‘Feeling blessed and grateful for your love!’ It was a month after Yolanda Insta-storied a snap gushing  about her ‘new chapter’ over a beautiful bouquet 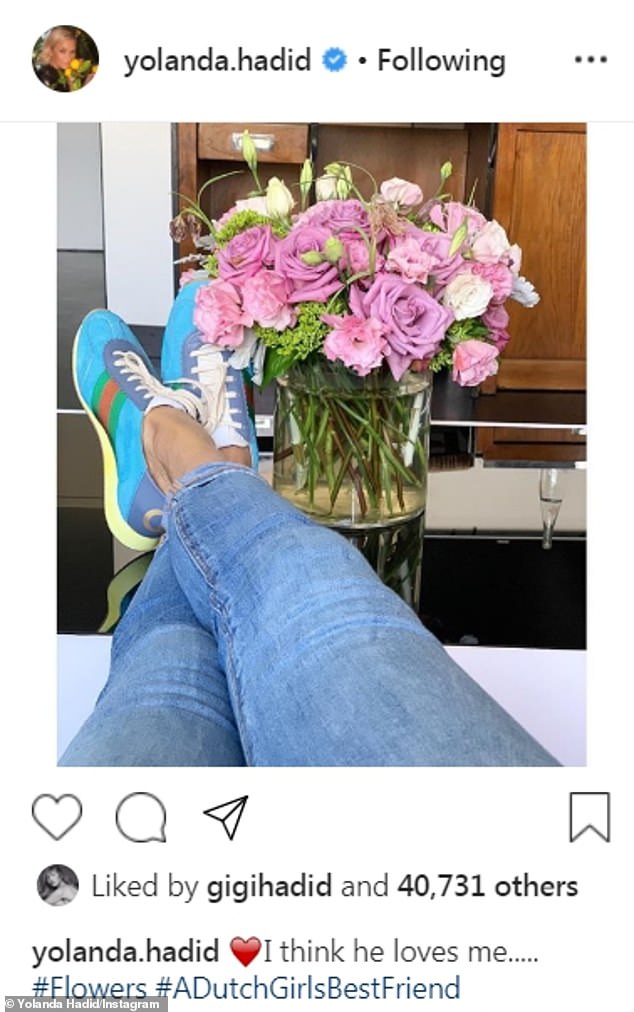 The twice-divorced mother-of-three first teased her new relationship on April 6 when she posted another bouquet snap captioned: ‘I think he loves me!’

A month ago Yolanda shared photo of a beautiful bouquet along with the caption: ‘Feeling blessed and grateful for your love.

She rounded out the post with the optimistic tags: ”#NewChapter #GodIsGood #IamALuckyGirl.’

Hadid seemed to hint she was seeing someone new when she posted another photo of a bouquet which she captioned back in April, when she wrote: ‘I think he loves me!’ 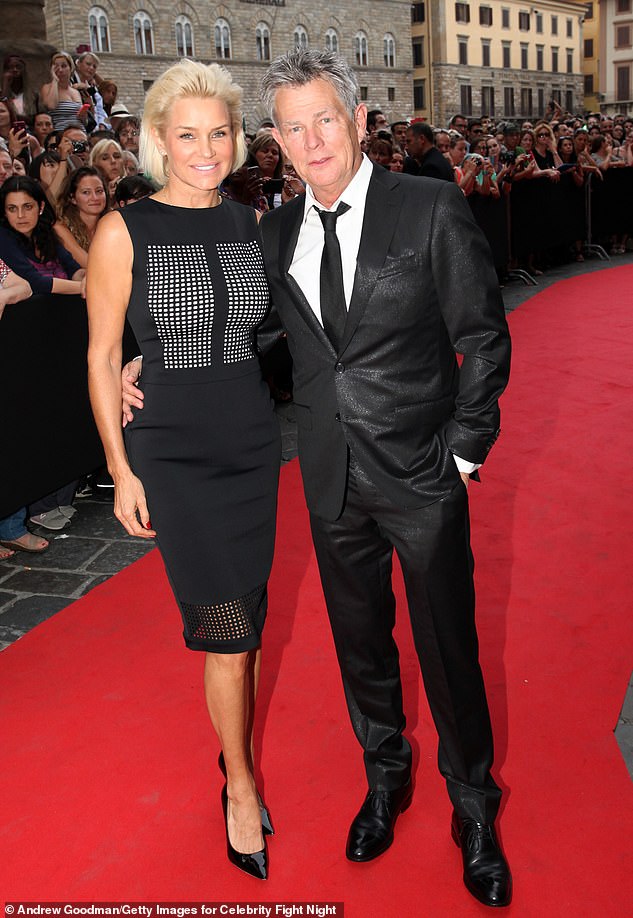 Nine years together: It was Hadid’s first public romance since finalizing her divorce from 16-time Grammy-winning producer David Foster (R) in 2017 following a four-year marriage (pictured in 2014)

Yolanda’s relationship with Joseph is her time publicly dating since she divorced singer-songwriter David Foster in 2017.

David, 69, just tied the knot for the fifth time in June when he walked 35-year-old Katharine McPhee down the aisle.

Foster, a father of five, first met McPhee in 2006 when she competed on Fox’s American Idol.

Her first marriage was to real estate millionaire Mohamed Hadid. They were together from 1994 to 2000 and had three children during their time together. 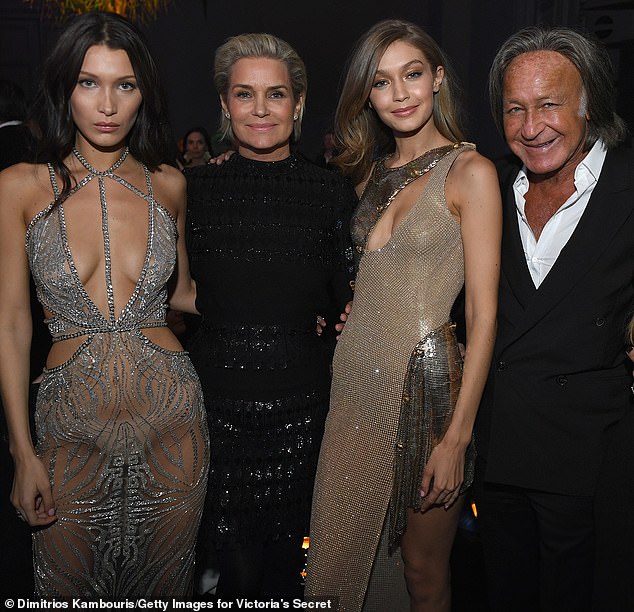