Typhoon fighter jets have been scrambled twice in one day in response to Russian ‘Bear’ bombers, one of which was ‘approaching British airspace’.

The Ministry of Defence said the jets scrambled from two locations on Thursday in two separate incidents of Russian bombers approaching the international airspace of Nato countries. 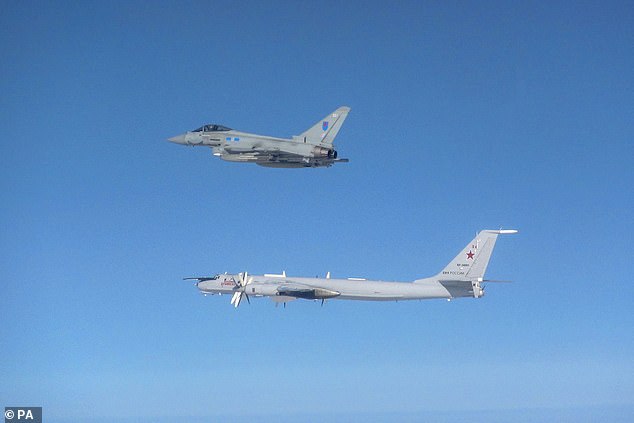 It said: ‘Our fighters escorted them from the UK’s area of interest and ensured that they did not enter either UK sovereign airspace. The intercept and monitoring was completed in international airspace throughout and conducted in a safe and professional manner.’ 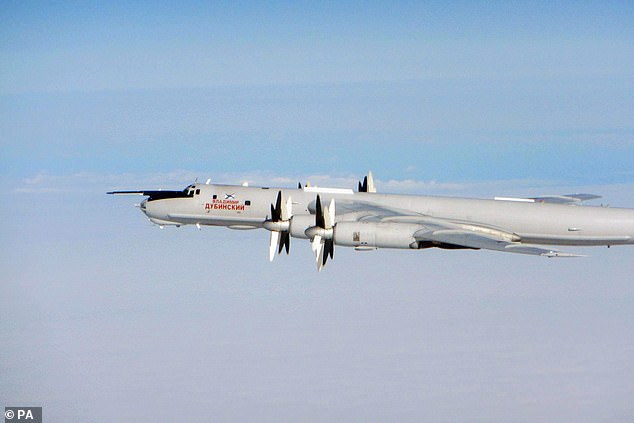 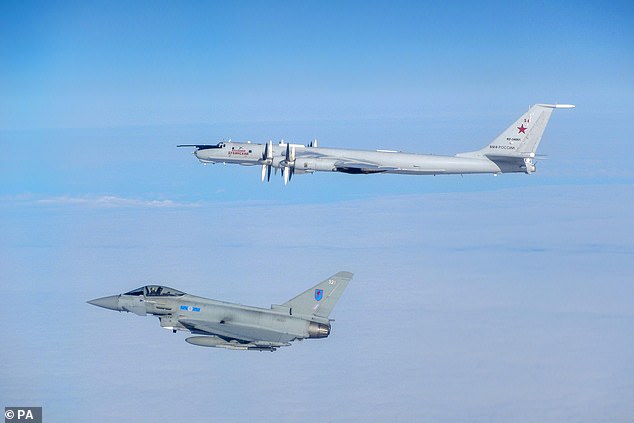 The lead UK pilot said: ‘Protecting Nato and UK airspace is what the RAF is here for’

The lead RAF pilot of the Typhoons that intercepted the Russian aircraft said: ‘Protecting Nato and UK airspace is what the RAF is here for, so today’s mission gave us the opportunity to demonstrate that we will always police our area of interest and also how well trained the Typhoon force is for dealing with events like this.’

A Typhoon pilot on duty when the scramble was called said: ‘We were scrambled to intercept a Russian TU-142 Fs aircraft, routing west close to Estonian airspace.

‘We then handed over the escort to our Finnish and Swedish partners, as the aircraft continued west. We were then tasked to re-intercept and escort the TU-142 Fs ‘Bear’, which has since been joined by two SU-30 ‘Flanker’.

‘These Russian aircraft transiting the Baltic region were not on a recognised flight plan or communicating with air traffic control. The intercept was uneventful and conducted in a professional manner throughout.’

There has been a recent spate of such incidents near the Baltic states.

‘The threats to the international rules-based system are on many fronts. The RAF is well equipped to stand sentry alongside our allies on the UK’s and Europe’s borders. I am grateful they are there 24/7 to uphold the UK’s commitment to our security.’