He is one of Australia’s best known television personalities.

But it appears Grant Denyer has risked his reputation by admitting to swiping seven items from a hotel room he stayed in on Wednesday night.

On Thursday’s radio show, the 41-year-old told his co-hosts that he packed several items in his suitcase before checking out of his room. 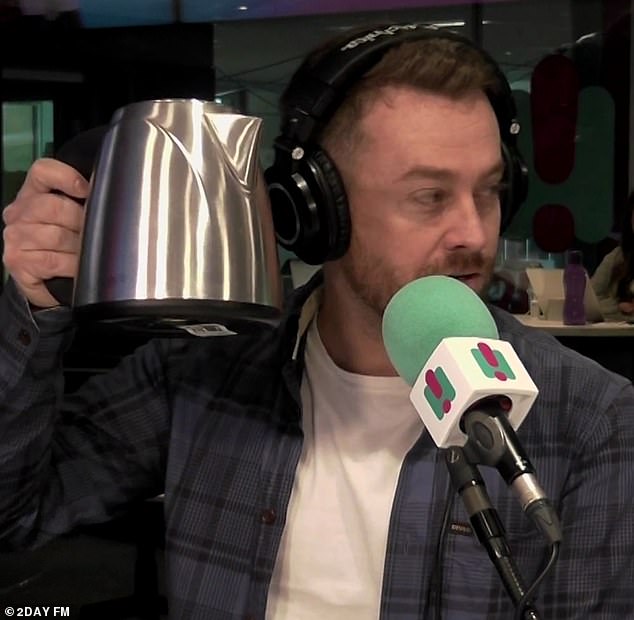 What did he take? Grant Denyer (pictured) admitted he stole several items from a hotel room during his radio segment

‘How hard is it to flock stuff from a hotel room? I’m normally a law abiding citizen but you know what I’m going to give it a go,’ he explained.

‘So I have brought with me many items from the hotel, ready to find out what I managed to steal from the hotel I stayed in last night?’ he asked.

Reaching for one item, Grant pulled out a pair of slippers and revealed: ‘I flocked the slippers, these are high grade slippers.’ 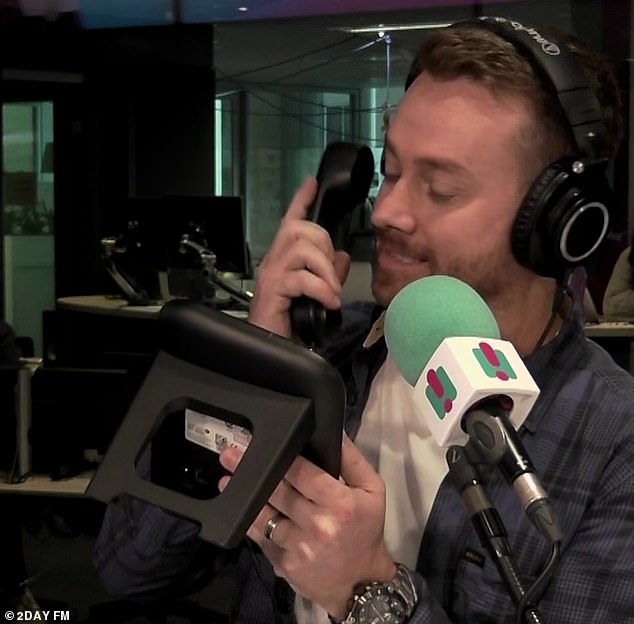 Truth: Grant told his 2Day FM co-hosts Ash and Ed he packed the items in his suitcase before checking out (pictured with the Telephone he stole)

Grant said he also managed to steal a few more unexpected items from his hotel room.

‘I managed to steal the alarm clock,’ he said. ‘Anyone want a tea or a coffee because I [also] got the kettle.’ 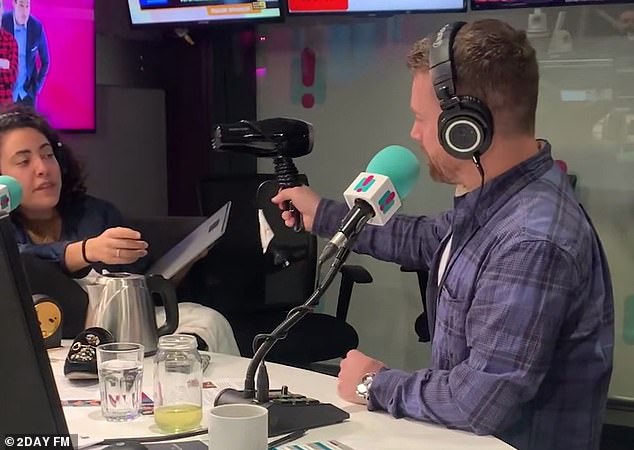 ‘Your going to the gym a lot so I thought I’d bring you some scales,’ he continued as he handed the item over to co-host Ash London.

But he didn’t end there, also managing to take the hairdryer and the telephone from his suite.

‘I snuck it out in my suitcase just to show you how easy it is but once obviously the cleaners go to the room today I’m going straight to jail guys but it was so worth it,’ he ended. 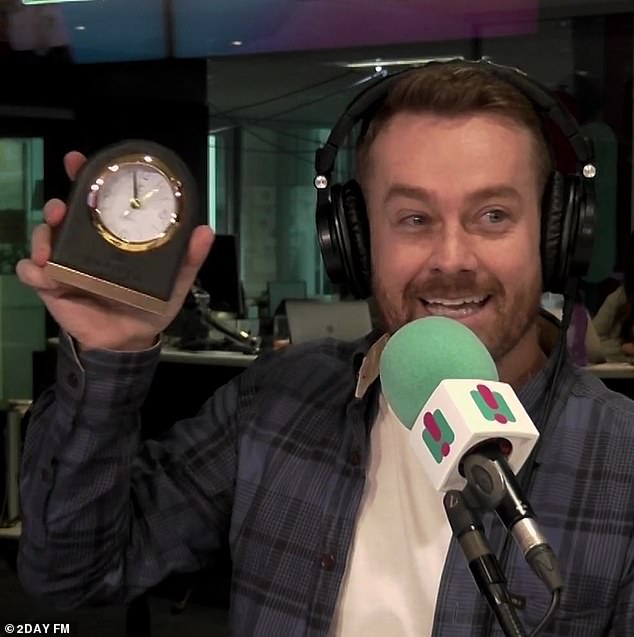 Grant said: ‘Once obviously the cleaners go to the room today I’m going straight to jail guys but it was so worth it’