Remainers are bracing to fend off a bid by to make them choose between No Deal and anointing him Prime Minister.

Labour has been frantically manoeuvring as tensions rise in Westminster with the October 31 deadline looming.

The country is staring down the barrel of a constitutional crisis next month with Tory rebels threatening to back a no-confidence motion in order to stop forcing No Deal.

Senior Conservatives including Dominic Grieve have been pushing the idea of installing a respected veteran, possibly Labour’s Margaret Beckett, as a ‘unity PM’ to oversee a solution to the Brexit standoff.

However, there are growing concerns that Mr Corbyn intends to use the crisis to try to force his way into power.

The Labour frontbench this week ruled out supporting a unity government, while shadow chancellor John McDonnell said his plan was to send Jeremy Corbyn to see the Queen and demand to be made PM.

If they stick to the stance, it could mean Remainers being faced with a stark choice in the run-up to Halloween of whether to endorse Mr Corbyn as premier, or accept the UK crashing out of the bloc without a deal. 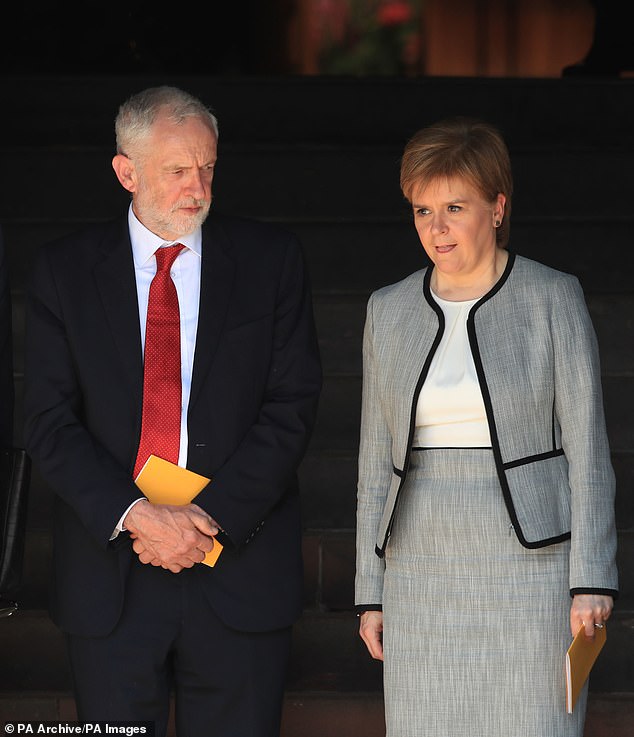 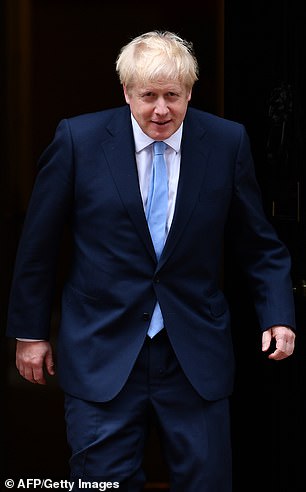 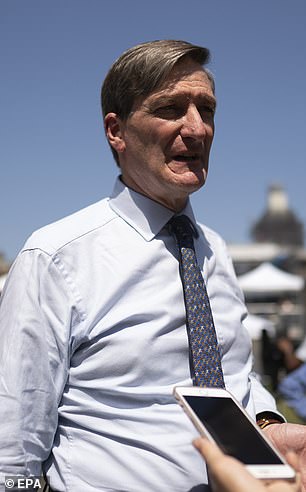 Senior Conservatives including Dominic Grieve (right in Westminster last month) have been pushing the idea of replacing Boris Johnson (left at No10 yesterday) with respected veteran, possibly Labour’s Margaret Beckett, as a ‘unity PM’ to oversee a solution to the Brexit standoff

There is a 14-day window after a no confidence vote for a new PM to be identified, and the Queen is unlikely to ask anyone else to form a government unless it is clear they can command a majority in Parliament.

Otherwise an election is triggered, with many convinced Mr Johnson will simply dissolve the Commons and set the date for after October 31 – stripping MPs of the ability to control the process.

In more signs that Labour is gearing up to try and string together a workable majority, Mr McDonnell made a pitch to the SNP earlier this week by suggesting the party would not block a second independence referendum.

An arrangement with Nicola Sturgeon could add 35 to Labour’s tally of 247, while Plaid, Green MP Caroline Lucas and other independents could push numbers towards 300.

One obstacle is that the Lib Dems’ 13 MPs are hostile to the idea of making Mr Corbyn PM, but along with Tory rebels they too could face a choice between that and No Deal.

Excluding the SNP and Speakers, 320 MPs are needed to have a working Commons majority. However, the bar in a confidence vote could be lower if any anti-No Deal Tories abstain.

One independent MP with close links to Remainers on both sides told MailOnline the Labour leadership did seem to be trying to force them into a choice between No Deal and ‘making Jeremy Corbyn PM for a while to sort things out’.

However, they insisted the tactic would not succeed as Mr Corbyn was not widely supported even on his own benches.

The MP also suggested the risk of the Labour leader becoming PM was one of the reasons why Remainers would focus on trying to pass a law forcing Mr Johnson to seek a Brexit extension, rather than voting no confidence to eject him from power. 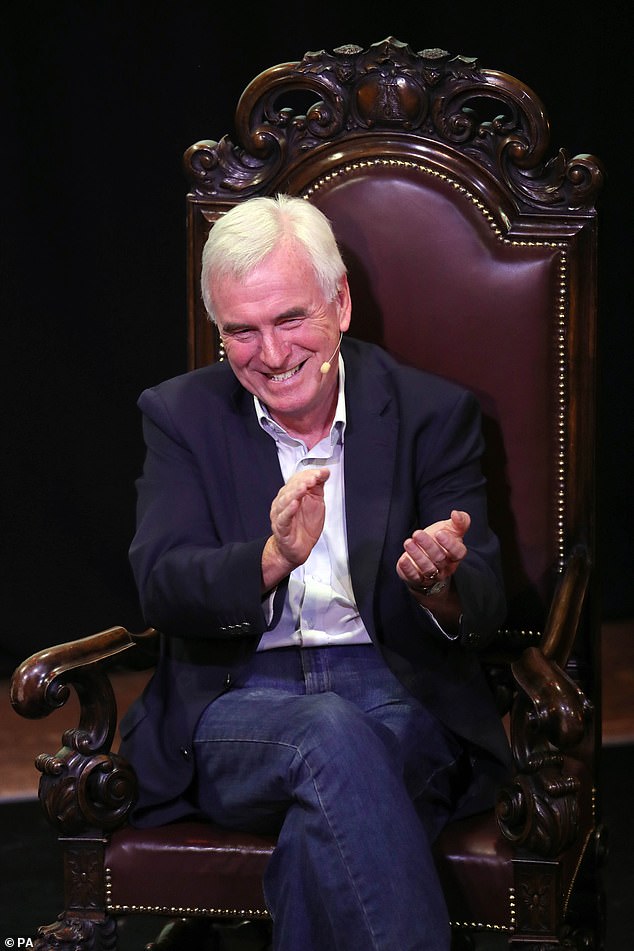 ‘The government of national unity would be great, because I would rather have a bunch of grown ups running the country than not,’ they said.

‘But once you have pushed the button on a vote of no confidence in HM government you cannot close the lid again.’

‘Unless you can then be absolutely sure you can win a confidence vote in that new government of national unity, tick tock, 14 days goes and you think ‘Oh sh** you’ve dissolved parliament”.

‘Then you really are in the deep do-do because the executive has untrammeled control for the key period.’

The MP said even if the Labour front bench staged the confidence vote on the basis that a ‘unity PM’ would be installed, Mr Corbyn might then not be able to resist the temptation to make a grab for power.

‘It is a much simpler option to find a piece of legislation and get people to vote for that.’