A Missouri man has been charged with the murder of his neighbor, who police claim was left to die after the suspect stomped him to death.

The Waynesville Police department arrived at the home of Shawn Raines on Fleetwood Drive at around 1.30pm on Monday after a bondsman failed to get a hold of him to revoke his bond.

Raines was found dead on the living room floor after authorities were forced to barge into the home,  reports.

Neighbors informed police that Raines had been barbecuing with 26-year-old Anthony Olden the night before at his home next door. 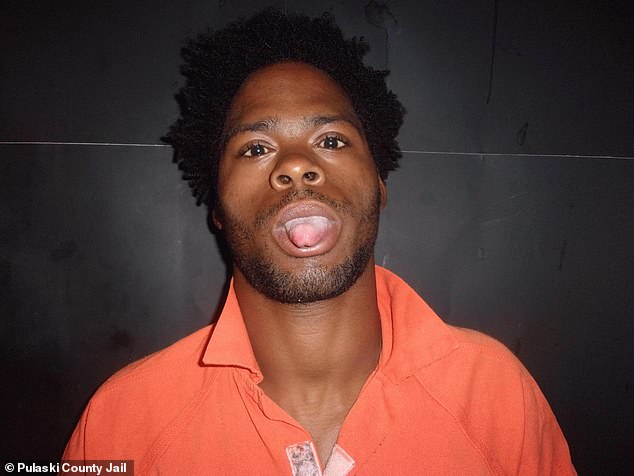 Anthony Olden, 26, told the Waynesville Police department that Shawn Raines headbutted him, prompting him to knock Shawn Raines out and stomp on his head with work boots

Olden told authorities that he and Raines had gotten into an argument on Sunday evening. He said that he knocked Raines out after headbutting him.

Police say that the suspect then pounced on his neighbor and proceeded to hit him in the face at least three times before stomping on his head with the heel of his work boot. Olden is said to have stomped on the man three times.

Olden is said to have left the cowboy-style work boots at Raines’ home that night before leaving the victim on the floor, shaking. Raines was likely suffering a seizure, according to police.

Olden is said to have returned at 7am the next morning to retrieve his work boots. When asked why he didn’t alert authorities, Olden failed to provide a reason.

Blood splatter analysis found that the details in Olden’s interview could be corroborated, court documents state.

Olden was charged with second degree murder and is being held at the Pulaski County Jail on a $1million cash only bond.