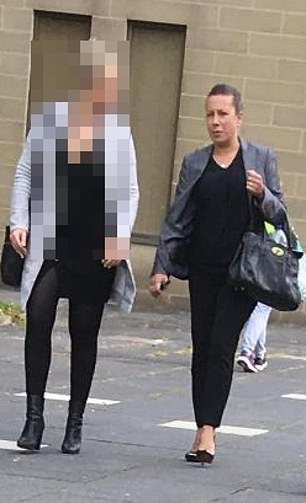 A police officer has been cleared of a drink-driving charge after she was found drunk in the back of her husband’s car because she was upset that their dog had died.

Natalie Hope had drunk around three-quarters of a bottle of gin and had purchased four cans of lager, when she was found slumped in her husband’s grey Skoda.

The 37-year-old was found a mile-and-a-half away from her home in West Yorkshire at around 9.20pm on April 4.

Kirklees Magistrates’ Court heard yesterday how Mrs Hope – whose husband is also a police officer – was three times over the drink-drive limit.

Mrs Hope, who lives in Linthwaite, West Yorkshire, pleaded not guilty to being drunk in charge of a motor vehicle.

After a trial at the Huddersfield court she was found not guilty when magistrates said they believed she did not intend to drive the vehicle.

Prosecutor James Holding said the defendant had been diagnosed with post-traumatic stress disorder, depression, and anxiety after she underwent some harrowing experiences in her 16 years as a police family liaison officer, supporting bereaved families. 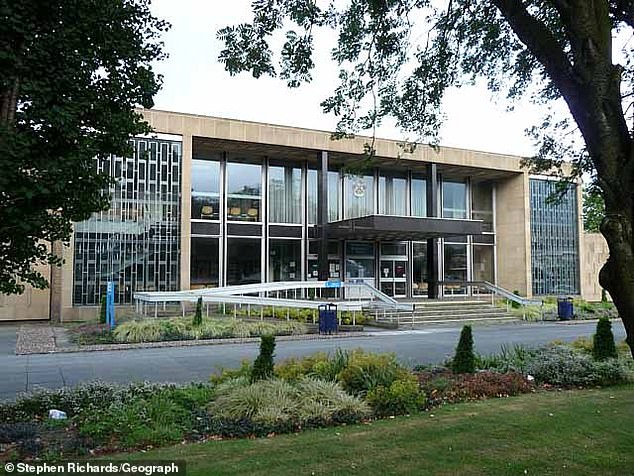 The court heard the Greater Manchester Police officer had also been upset over the sudden death of her dog.

Giving evidence, her husband, Detective Constable Anthony Hope, said his wife had left their home at around 5.45pm following a visit from an estate agent.

The court heard she took her husband’s car and drove to Aldi in Slaithwaite where she bought a bottle of gin and four cans of lager.

DC Hope said he received a call from a work colleague at GMP saying the defendant ‘sounded really confused and upset’, causing him to panic.

He got into her car and began driving around, although he admitted: ‘I didn’t have a clue where she was.’

DC Hope returned home, where he found West Yorkshire Police officers waiting. They had received a concern for welfare notice by their GMP colleagues and Mrs Hope was located.

Peter Gilmour, mitigating, said: ‘Police found her unconscious with her shoes off and a dog lead under the accelerator pedal.’

Addressing the bench, Mr Gilmour said: ‘Mrs Hope says she would never have driven the car in that state of intoxication. We say you have no reason to disbelieve them.’

Chairman of the bench, Sally Clamp, told the defendant: ‘Your evidence and your husband’s were credible and you were compelling witnesses.

‘You have satisfied us on the balance of probabilities that there was no likelihood that you would have driven the car.

‘You are therefore acquitted of this charge.’

Kashima Antlers beat Persepolis 2-0 in 1st leg of ACL...
Celebrity skincare expert reveals how she preps the Victoria's Secret models for the show
Sean 'Diddy' Combs sets up dance party for his girls as family prepares to celebrate Christmas
Chelsea 1-1 Frankfurt (4-3 pens): Hazard pen sends Blues to final
Ten migrants jump off rescue boat into the sea and attempt to SWIM to Lampedusa
So much for a ceasefire: Syrians suffer horrific burns in border town explosion
Lib Dem leader Ed Davey says UK must prepare to bring British citizens and diplomats back from Wuhan
We reveal the deadly risks that could cost the ultimate price