A 30-year-old Somali refugee who has racked up 18 convictions including drugs, firearms and theft offences could face deportation – but lawyers argue this is against his human rights.

The refugee, identified only as MS, faces the threat of deportation after two previous judgements allowing him to stay in Britain were overturned by the Court of Appeal.

But his lawyers say he cannot be sent back to Mogadishu, Somalia, because as a member of the minority Ashraf clan he faces the threat of violence there. 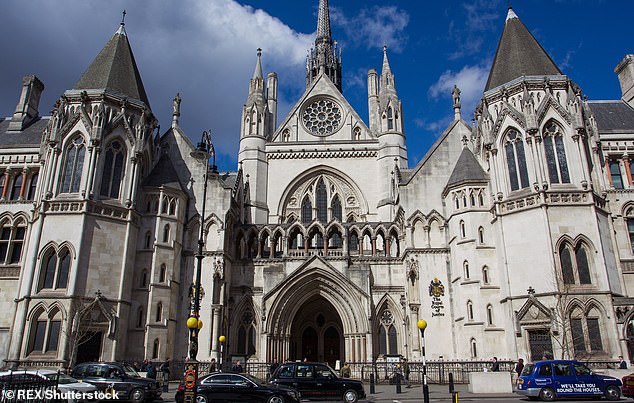 The refugee, identified only as MS, faces the threat of deportation after two previous judgements allowing him to stay in Britain were overturned by the court of appeal. Pictured, The Royal Courts of Justice which houses the Court of Appeal of England and Wales 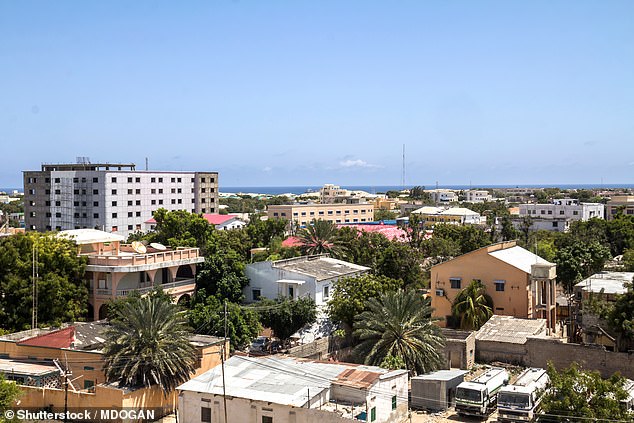 The 30-year-old asylum seeker’s lawyers are arguing he cannot be sent back to Mogadishu (pictured), the capital city of Somalia, because he faces the threat of violence there

How can asylum seekers use Article 3 of the Human Rights Act to stop deportation?

Article 3 prevents the UK from deporting or extraditing people to another country where they would face a real risk of being tortured or subjected to inhuman or degrading treatment.

This also applies when there is a real risk of torture evidence being admitted in court proceedings against the person who is being threatened with deportation or extradition.

Torture means any act by which severe pain and suffering, whether physical or mental, is intentionally inflicted on someone for the purposes of obtaining information, for punishment or intimidation.

– Treatment is considered inhuman when it causes intense physical or mental suffering.

– Treatment or punishment is degrading if it humiliates and debases a person beyond that which is usual from punishment.

Deporting him would be against Article 3 of the Human Rights Act, which says ‘no one shall be subjected to torture or to inhuman or degrading treatment or punishment,’ his lawyers claim.

Despite MS presenting a serious threat to public safety he could still be allowed to remain in the UK, according to officials.

His case will now be returned to the immigration tribunal in the latest instalment of a five-year legal battle.

MS has been convicted 18 times for 25 offences committed between January 2006 and September 2015.

There were also another seven miscellaneous offences.

If deported to Somalia he could be the target of attacks which means UK courts have to consider whether his deportation would be in breach of his human right not to be ‘subjected to inhuman or degrading treatment’.

He arrived in Britain with his mother and six siblings in 2002 aged just 13.

His mother applied for his asylum as her dependent but this was refused.

The family had travelled to the UK to escape the ongoing civil war in Somalia.

The conflict began in 1991 after the military regime of President President Siad Barre was overthrown. 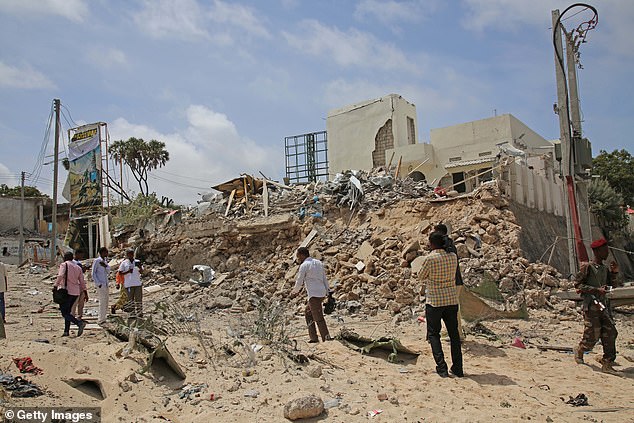 Pictured, last July a double car bomb destroyed a security check-point before a gun battle in Mogadishu. The asylum seeker is battling to stay in the UK rather than being sent to the war-torn city 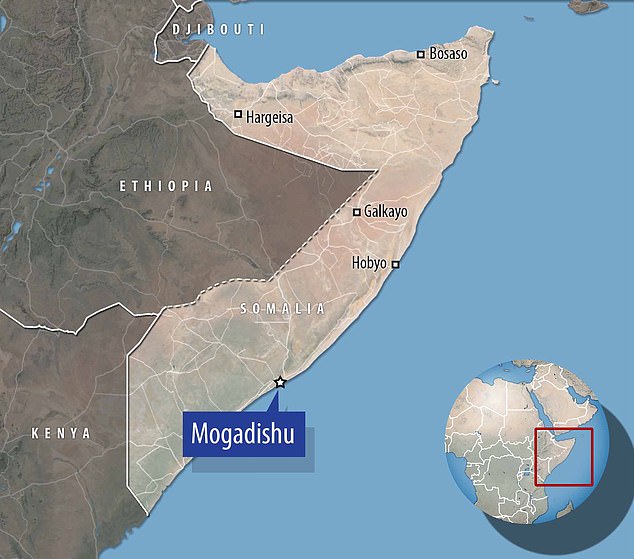 The asylum seeker, who came to the UK aged 13 in 2002, cannot be sent back to Mogadishu (pictured) in eastern Somalia because he is part of the minority Ashraf clan, his lawyers say

In 2011 the family, except MS who had a criminal record by this time, were granted exceptional asylum. In 2012 he was also granted asylum.

The Home Office then took back this refugee status three years later.

MS has been tagged, ordered to pay a victim surcharge and had his driving licence endorsed by the courts.