ABC television network has confirmed it’s investigating actress Afton Williamson’s sexual harassment and racial discrimination claims after The Rookie co-star went public with her accusations on Sunday and announced she was quitting the show.

The 34-year-old actress from Toledo, Ohio, shared a lengthy post on her Instagram account informing fans she won’t be returning for season two of the network drama.

‘I owe it to you my amazing fans to share the Truth,’ Williamson’s post read. ‘Throughout the filming of the pilot, I experienced Racial Discrimination/Racially Charged inappropriate comments from the hair department and bullying from Executive Producers.’

ABC entertainment president Karey Burke told reporters on Monday that she first heard about Williamson’s allegations at the end of June and that an investigation has already been launched, confirming details revealed in a Sunday ABC Studios statement. 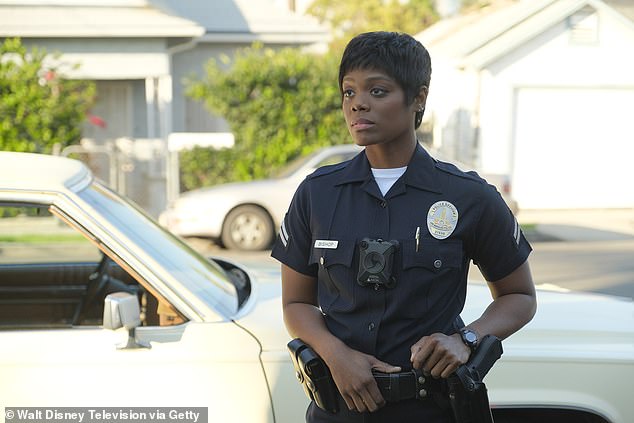 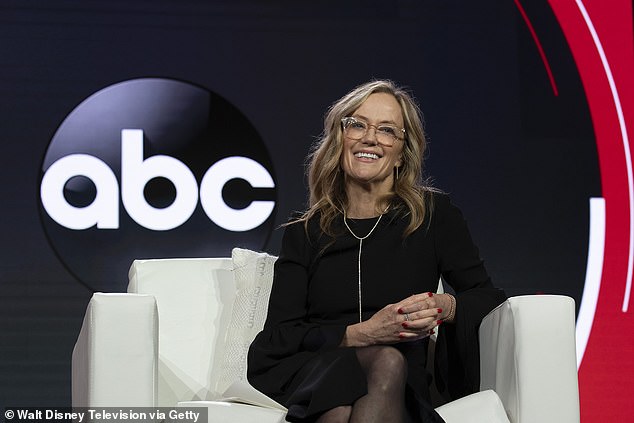 ‘I am frustrated, I don’t have a lot of answers; I wish I had more,’ Burke said during a Television Critics Association executive session on Monday, according to . ‘As soon as we learn more, we will make determination based on what’s found. 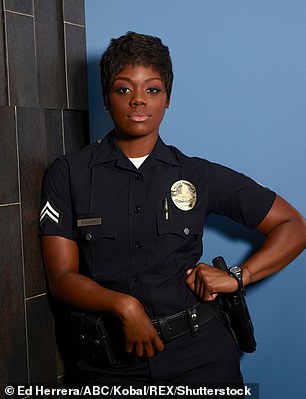 Entertainment One, which produces The Rookie in conjunction with ABC Studios, quickly announced on Sunday that it was launching its own independent investigation into Williamson’s claims.

ABC Studios said eOne made the network aware of the allegations in late June.

‘We take claims of this nature very seriously,’ an eOne spokesperson told Deadline. ‘We have initiated an independent investigation which is ongoing and as such, it would not be appropriate to comment at this time.’

In her Instagram post, Williamson said the hair department’s inappropriate comments and bullying from executive producers she endured while filming season one of the show were compounded with sexual harassment she received from a ‘recurring guest star.’

She claimed the abuse escalated into sexual assault during the show’s wrap party, after which the head of the show’s hair department was fired. 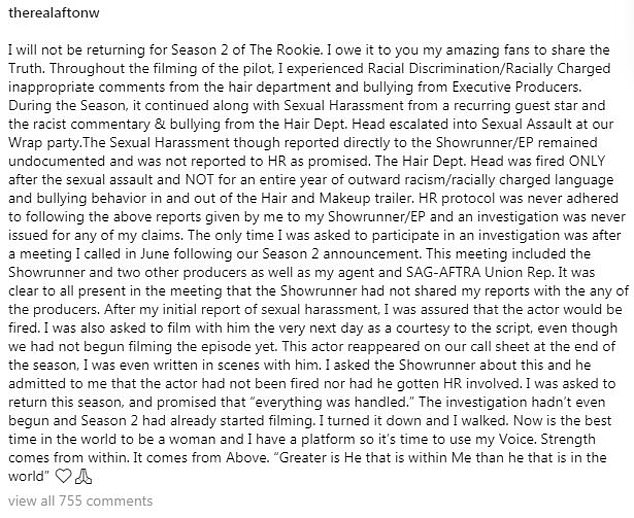 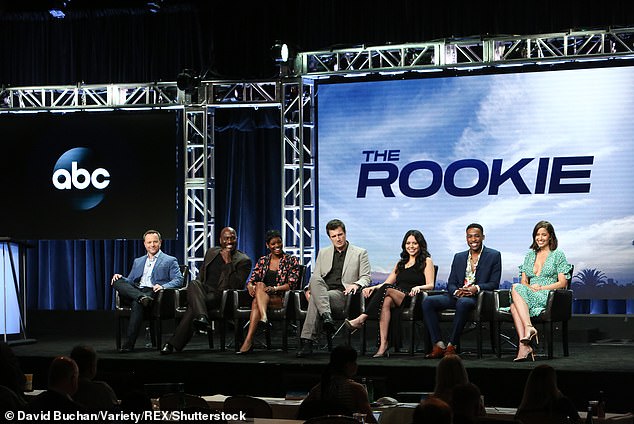 ‘The Sexual Harassment though reported directly to the Showrunner/EP remained undocumented and was not reported to HR as promised,’ Williamson said. ‘The Hair Dept. Head was fired ONLY after the sexual assault and NOT for an entire year of outward racism/racially charged language and bullying behavior in and out of the Hair and Makeup trailer.

‘After my initial report of sexual harassment,’ Williamson added, ‘I was assured that the actor would be fired. I was also asked to film with him the very next day as a courtesy to the script, even though we had not begun filming the episode yet.

She continued: ‘This actor reappeared on our call sheet at the end of the season, I was even written in scenes with him. I asked the Showrunner about this and he admitted to me that the actor had not been fired nor had he gotten HR involved. I was asked to return this season, and promised that “everything was handled.” The investigation hadn’t even begun and Season 2 had already started filming. I turned it down and I walked.’

The Rookie was a hit with audiences and was renewed for a second season.

Deadly combination of crash site and limo company which has had four vehicles taken out of service
Journalist Jamal Khashoggi ‘was butchered while STILL ALIVE', horrific audio of his murder reveals’
Pete Davidson reveals he's 'looking for a roommate' as he talks painful Ariana Grande split
American grandmother kidnapped in Uganda speaks out for the first time since rescue
Indian woman, 74, is thought to be the world's oldest mother after giving birth to twins through IVF
Prince Harry and Meghan Markle share an unseen picture of Archie
Yuri Milner who met Prince Harry at Google Camp
U.S. Naval fast-attack nuclear submarine USS Toledo smashes through thick ice in the Arctic Ocean