It’s one of the summer’s most talked-about new movies, and one nail art enthusiast was able to take her obsession with The Lion King to the next level with an impressive 3D manicure.

Viral Russian salon chain Nail Sunny showed off the dramatic mani in a video on its Instagram feed, which shows the laborious process behind one customer’s detailed The Lion King-inspired look, complete with giant Simba attachment.

The manicure references the newly-released reboot’s opening scene, which sees Simba being introduced to the other animals shortly after his birth, when he is taken to the peak of Pride Rock and held up by the monkey Rafiki. 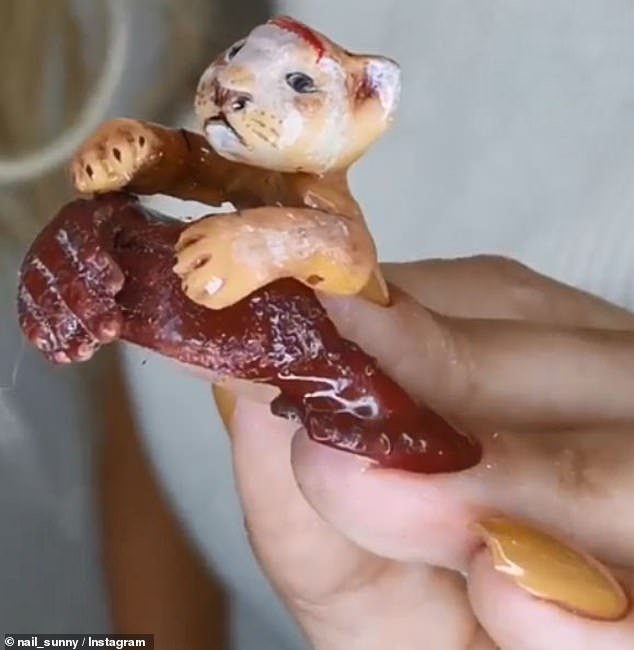 Impressive: A Russian nail salon went above and beyond to create a manicure inspired by The Lion King with this three dimensional replica of Simba 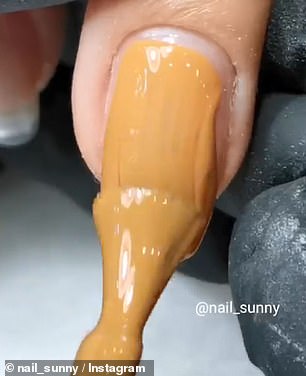 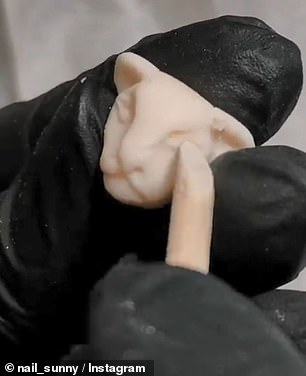 Process: The two minute viral video showed how the technician created the miniature lion head, right, which would be attached to a caramel-colored base coat

Nail Sunny shared the video on their Instagram page to their 2.2 million fans. So far, it has been viewed over 375,000 times.

From start to finish, the manicurist copies the story of Simba – from conception to completion –  starting at the Circle of Life moment when Rafiki reveals him to the inhabitants of the jungle.

An impressively-detailed baby Simba is even included on the nail. The patient technician was even able to mimic the fur on Simba’s paws and Rafiki’s hands – not to mention whiskers.

Amazingly, the person modeling the manicure seems able to tap away on their iPhone despite the drastic, and likely somewhat heavy, nail art.

The makeover, though incredibly drastic, is relatively tame compared to some of the Russian salon’s other design. 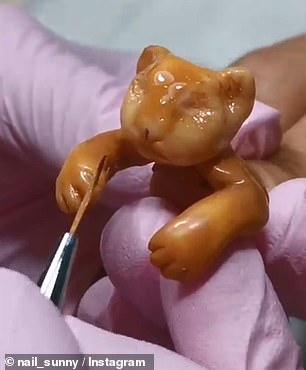 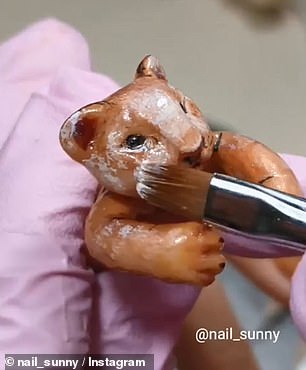 Circle of life: The replica of Simba went down a treat with the salon’s 2.2 million followers on Instagram 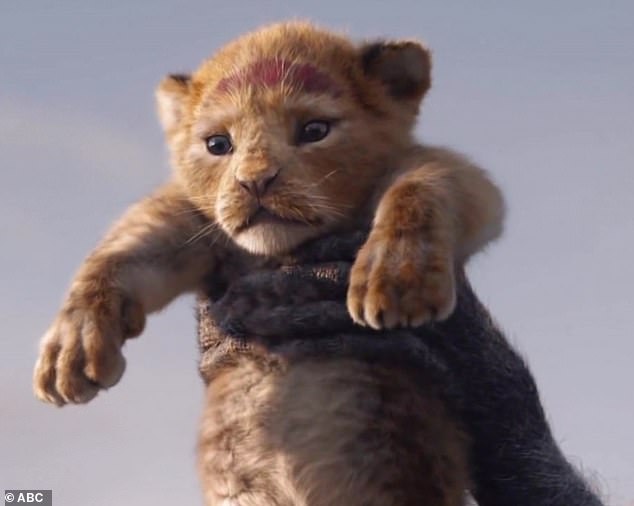 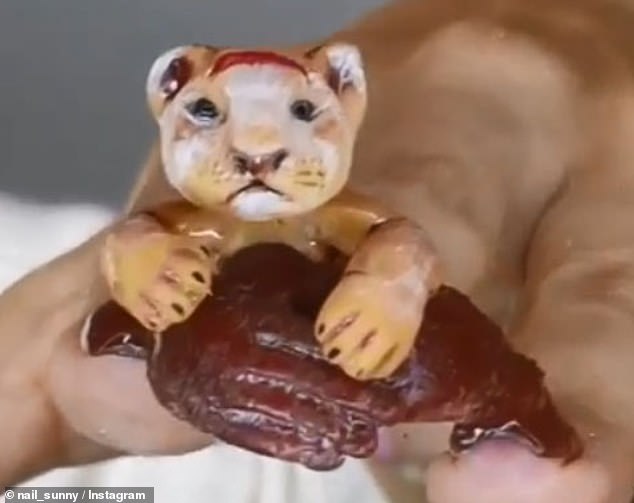 Likeness: The manicure was inspired by the iconic moment when a young Simba is held up by Rafiki 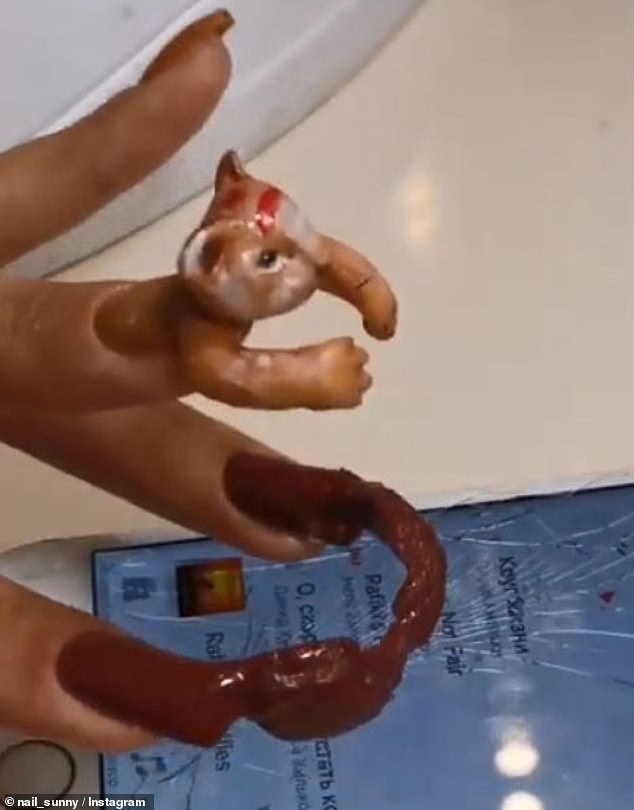 Tap tap: The wearer was, surprisingly, able to use her phone despite having the large Simba model on her nail

Previous designs that made international headlines include a vagina-inspired manicure and another style that showed a woman giving birth, complete with miniature umbilical cord.

Evidently knowing how to attract attention, for New Year’s Eve they created a manicure that featured alcohol-filled nails with functioning champagne flutes on the other.

When news broke of Bradley Cooper and Irina Shayk’s marriage split, the salon created a tongue-in-cheek look which involved the two stars heads – along with that of Cooper’s A Star Is Born co-star and rumored crush, Lady Gaga.

Nail Sunny, which recently opened its first American location in Beverly Hills, services over 1,100 customers a day across the globe.

It was founded in Russia in 2013, and has locations in Moscow, St. Petersburg and Armenia. 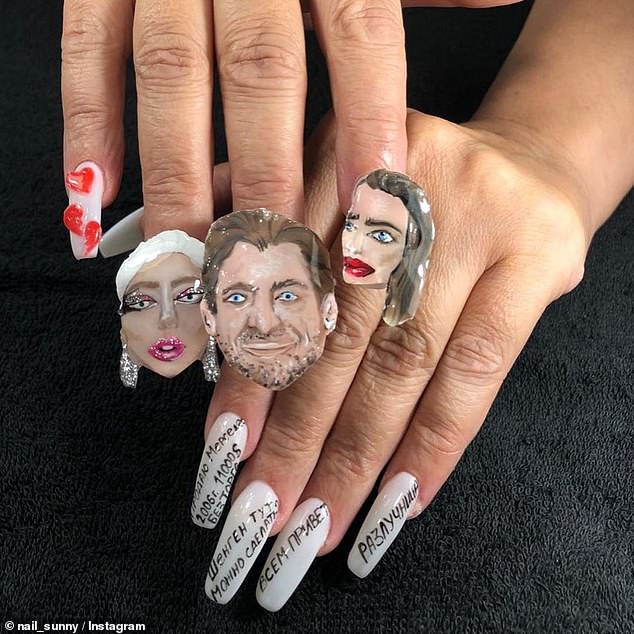 Nail it! Spice up your own manicure with these colorful products

By Charlie Lankston for DailyMail.com 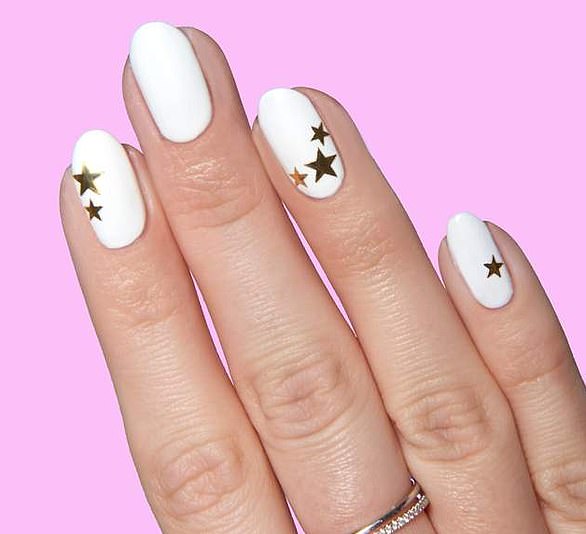 Stick it: LA-based nail brand Olive & June sell all kinds of cute nail stickers, but our favorites are definitely these simple stars () which come in an array of colors and sizes and can be places on any nail polish

Bright lights: If you’re looking for some snazzy colors to spice up your polish collection, look no further than the newly-launched OPI Neon Collection (), which comes complete with an array of colorful shade that can be used solo, or to create a fun pattern or design 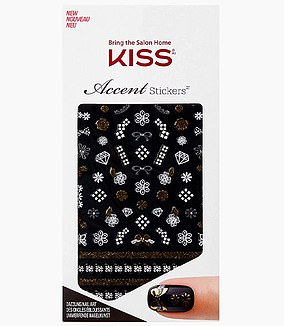 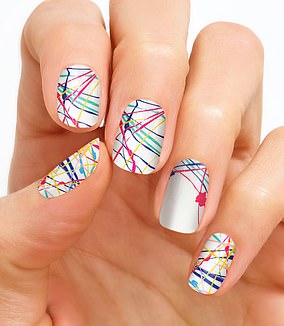 Stick it: The Kiss Accent Stickers (left, ) allow you to easily add an exciting touch to any nail, while the Color Street Mind Over Splatter Nail Polish Strips (right, ) will provide a cute design, without any need for polish

Aretha Franklin useless: Queen of Soul dies aged 76 after most cancers battle
World's first laboratory-grown STEAK tastes 70% like real meat'
Fraternity accused over pledge's hazing death say he was a 'party animal' who abused drink and drugs
States where it pays to be rich - and where doesn't: How much wealthy pay taxes versus poor people
Chris Watts had sex with wife Shanann before murder and forced his daughters to drive with her body
The moment a hero cop takes down terror suspect in Christchurch
Doorbell camera captures snake flicking out its tongue and slithering past to reach a bird's nest
Ivanka Trump spends Christmas away from Donald in Paris