It’s often said that neighbours should be there for one another.

But the latest season of The Block has reportedly wreaked havoc on residents in the suburb of St Kilda after renovations began on a former backpackers hostel shortly before the Sunday’s premiere.

According to , the filming of the show is creating litter and traffic for locals around the Oslo Hotel on Grey Street. 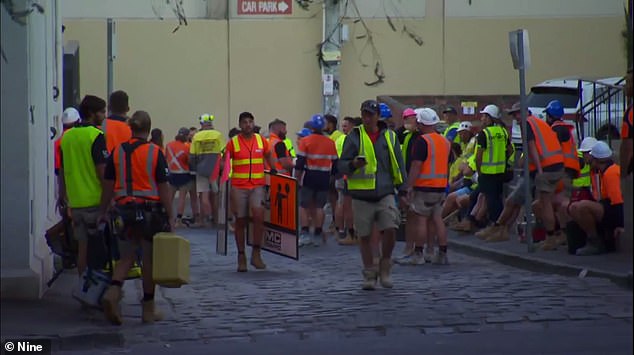 Nuisance neighbours? The latest season of The Block has wreaked havoc on its locals in the Melbourne suburb of St Kilda after renovations began. Pictured are crew members on the set

‘Between the noise, mess, cars and crew, it looked like a war zone,’ an alleged on set spy reportedly revealed.

‘Neighbours are furious – they’re late to work due to vehicles and supplies just being dumped in driveways,’ the alleged source went on to claim.

Daily Mail Australia has reached out to Channel Nine for comment 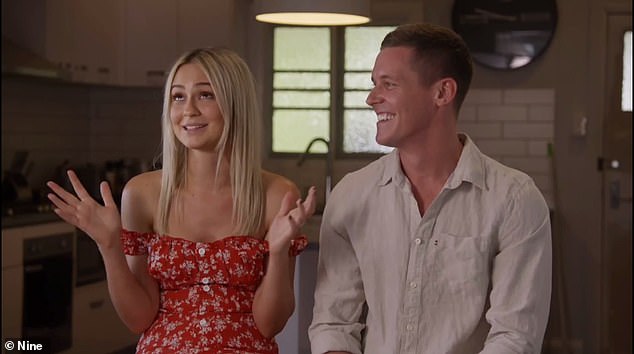 ‘It looked like a war zone!’ The filming is reportedly creating litter and traffic for neighbours of the Oslo Hotel on Grey Street. Pictured are contestants Luke, 30, and Tess, 28

Sunday night’s episode revealed dozens of tradies and set crew had descended on the residential street to overhaul the derelict hostel.

While The Block’s latest fixer-upper looks chaotic from the street, it’s not much better inside.

The couples discovered they’d be bunking together inside of the building, after being left speechless by the state of the ‘putrid’ former backpacker hostel. 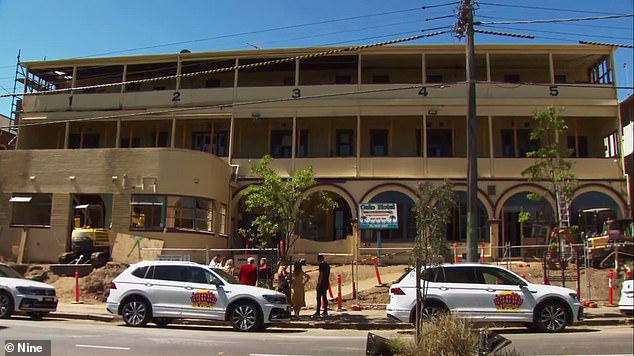 Issues? ‘Neighbours are furious – they’re late to work due to vehicles and supplies just being dumped in driveways,’ an on set spy reportedly said. Pictured: Oslo Hotel on Grey St, St Kilda

Rather than residing in separate living quarters in the spacious property, they’re set to share dorm rooms while filming the show for the next couple of months.

Tess Cattana, was stunned to find a rodent in her bed.

While getting ready to tuck in, the 28-year-old noticed a dead rat on her pillow, but she didn’t let the deceased animal deter her.

‘That is the most rancid thing I have ever seen… but I was brave enough to touch it,’ said the blonde, while disposing of it with her bare hands.

The Block’s second episode will air on Monday at 7.30pm on Channel Nine. 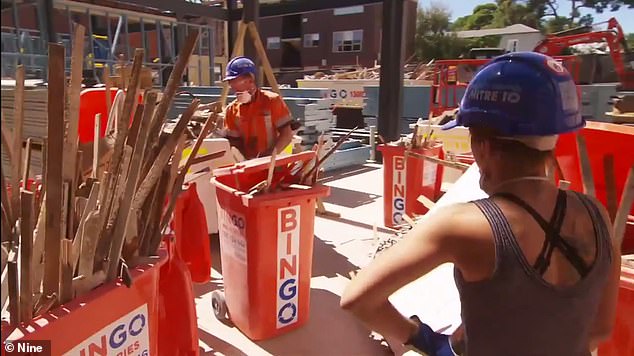 Taking out the trash! An on set spy alleged that rubbish was on the street, while crew were completely swarming the residential area

Jess Glynne pulls out of Isle of Wight performance the day after Spice Girls show
Ben Affleck is a doting dad as he holds hands with son Samuel, 7, after taking him to swim class
Gigi Hadid's new love Tyler Cameron joins her at grandmother's funeral in Netherlands
Curtis Pritchard EXCLUSIVE: Star was 'nervous' to ask Maura Higgins to be his girlfriend
Love Island's Belle Hassan flashes her bra in a plunging blazer and cycling shorts
Justin Timberlake is planning some 'alone time' with Jessica Biel months after his PDA scandal
Fifi Box shares her HILARIOUS dessert disaster as she tries to recreate a tart she tried in France
Amanda Holden puts on a very leggy display in a pink patterned minidress