An ‘aggressive’ killer who murdered his pregnant daughter’s husband is being hunted by police after escaping from a hospital’s psychiatric ward.

Peter Atkins, 66, who has paranoid schizophrenia, was sentenced to an indefinite hospital order under the mental health act in 2001 after murdering his son-in-law, Stephen Provoost, 32.

He was allowed out of Kneesworth House Hospital in Bassingbourn, Cambridgeshire, as part of his allocated ‘free time’ but failed to return. 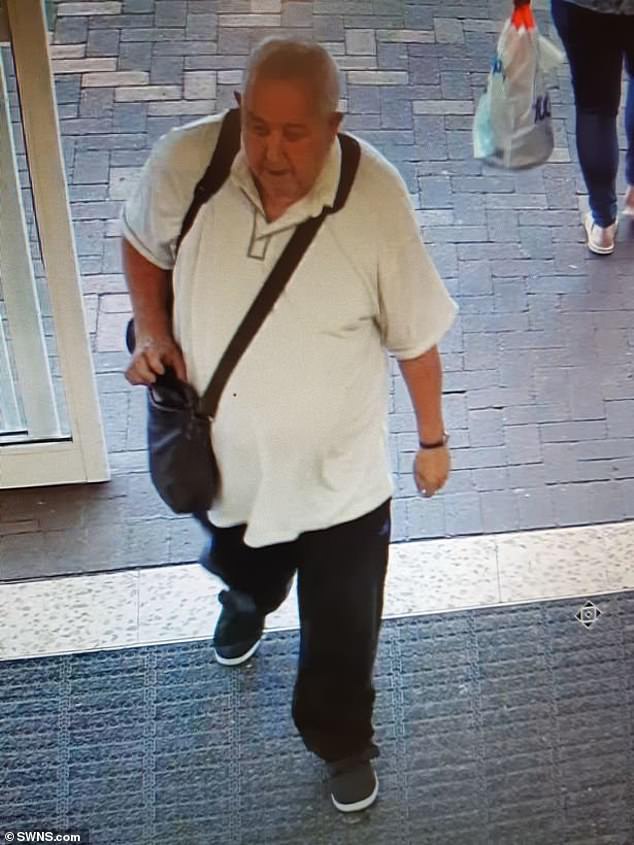 An ‘aggressive’ killer who murdered his pregnant daughter’s husband is being hunted by police after escaping from a hospital’s psychiatric ward. Peter Atkins, 66, was last seen on CCTV entering a shop in Bassingbourn on Thursday

But after visiting a local shop on Thursday, Atkins didn’t return to the hospital and now police have put out an appeal urging the public not to approach the killer.

He was last seen withdrawing cash before getting on a bus to Royston town centre where he was captured on CCTV entering a Morrison’s supermarket with a trolley.

Atkins was jailed after the attack, and hospital staff say he may become aggressive as he is not taking his regular medication.

Police say he should not be approached under any circumstances, and anyone who sees Atkins should call 999 immediately. 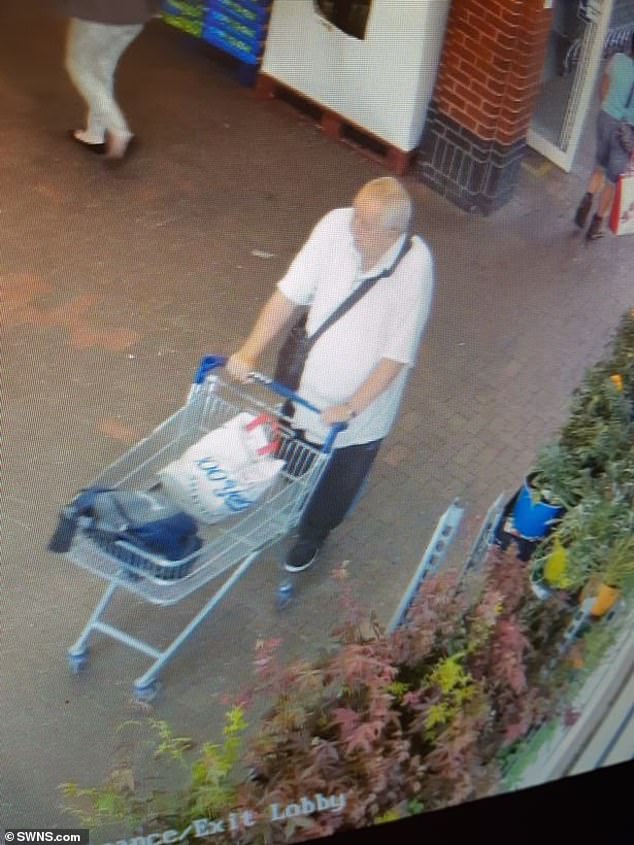 Police have warned that he may become dangerous as he isn’t taking his medication and should not be approached under any circumstances. (Pictured) Peter on CCTV in the shop

He is described as a white man of a stocky build, with short grey hair wearing black trainers, blue jeans and a white or black t-shirt.

Detective Inspector Dave Savill said: ‘For Peter to not return from free time is out of character.

‘We know he was seen withdrawing cash at Royston Tesco at 2.10pm and then travelled to Royston town centre by bus, getting off outside Morrison’s supermarket in Baldock Street.

‘Peter is on twice-daily medication for paranoid schizophrenia and may become aggressive or irritable without his treatment.

‘It is very important for anyone who believes they may have seen Peter to contact us as a matter of urgency.’

UAE frees British student Matthew Hedges from prison
Britons 'will continue to hand over £200million in aid to Bangladesh'
Meghan spotted smiling as her baby appears to get active
More than half bras sold by Selfridges are 34DD or bigger up from 34B just 11 years ago
JANE FRYER asks if crumpled, unstatesmanlike Boris is feeling the strain during his bid to be PM
California gunman shoots four dead at college Halloween party
Ex-Tory candidate jailed after claiming to have paid 'crackheads' £100 to 'beat up' Yvette Cooper
Manchester United stars have been told to wash their OWN kit ahead of a return to training on May 18