wants to sue the United States for failing to protect its citizens after this weekend’s mass shooting in El Paso, , which left 20 people dead, including seven Mexican nationals.

Mexico Foreign Minister Marcelo Ebrard called the shooting “an act of terrorism” against Mexicans and urged the US government to establish a “clear and convincing position against hate crimes.”

Seven Mexicans were killed and another seven of the country’s citizens were among the dozens wounded, Mexican officials said Sunday. 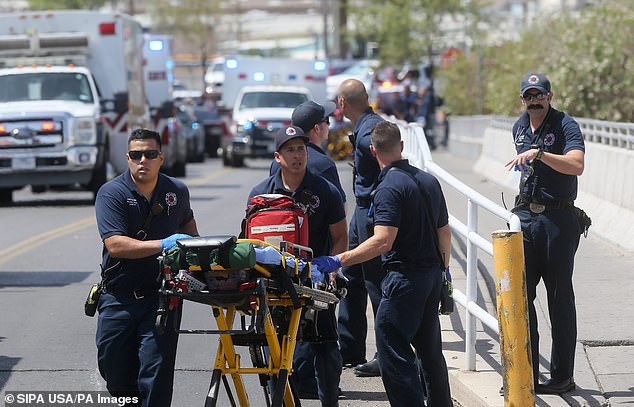 The mass shooting on Saturday at a Walmart at the Cielo Vista Mall also left 26 people injured, including 7 who were also Mexican citizens 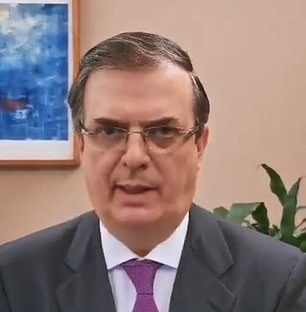 Mexico Foreign Minister Marcelo Ebrard in a video posted on Twitter Sunday vowed to take legal action against the US for failing to protect the lives of its citizens in a mass shooting in El Paso Texas a day earlier that left 20 people dead, including seven Mexican nationals

Other victims may have also been of Mexican descent, while one man who had traveled to El Paso from Mexico to buy school supplies for his daughter was among those severely wounded.

“Mexico is outraged,” Ebrard said in a video posted on Twitter, calling the shooting an “act of barbarism.”

Ebrard used the video to threaten legal action against the US after the mass shooting on Saturday at a  at the Cielo Vista Mall. In addition to the dead, 26 people were also wounded.

Ebrard said Mexico condemned the shooting and called it an “act of barbarism.”

El Paso sits on the border across from the Mexican city of Juarez. Both U.S. and Mexican citizens travel frequently between both sides for business, pleasure and tourism.

Authorities are investigating a hate-filled, anti-immigrant manifesto that was posted online just minutes before the mass shooting. 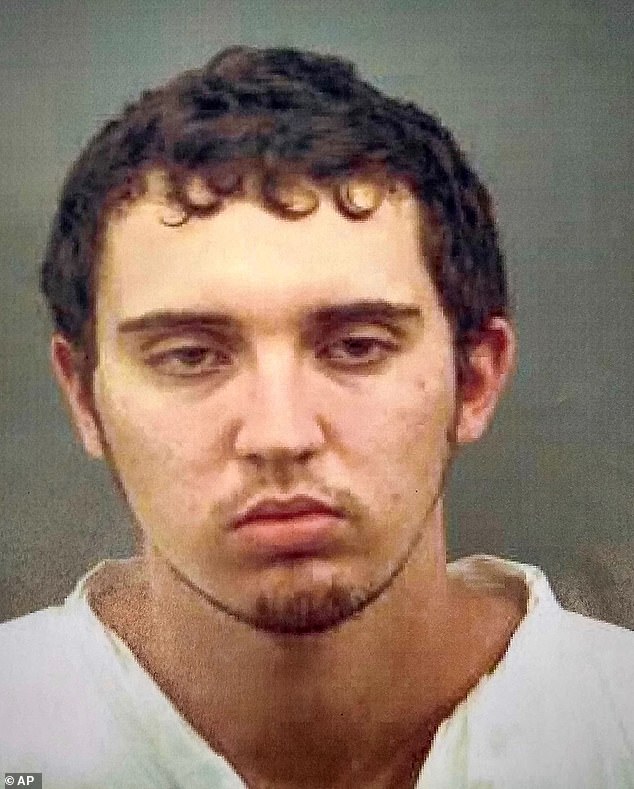 A suspect, 21-year-old Patrick Crusius (above), is facing possible hate crime charges, in addition to capital murder charges, according to sources

The manifesto also offered a plan for carving up America into territories by race, and warned that whites are being replaced by foreigners.

A suspect, 21-year-old Patrick Crusius, is facing possible hate crime charges, in addition to capital murder charges, according to sources.

Trump administration withholds 100K Kavanaugh pages
Was Meghan Markle photographed picking up after her dog?
Woman arrested for 39th time since 2011 after she 'stole an ambulance and led cops on a chase'
Alabama girl, 9, committed suicide after classmates taunted her for having white friend, family says
Trump faces new claims on 'Apprentice' but ex-executive says he does NOT believe Trump used n-word
Dramatic video shows Ohio fireman rescue flag from home of Vietnam veteran destroyed by a fire
Driver regrets brake checking a lorry when the truck rear-ends their car and shatters the windscreen
Prince Harry overwhelmed with guilt at being away from UK