An explosion at a remote Russian military base in Siberia has set off fires and injured at least four people.

The blast happened in an ammunition depot at the base, which is six miles from the closed military town of Achinsk in the Krasnoyarsk region of Siberia.

Emergency services evacuated residents within 12 miles of the blast site ‘to ensure the security of the population of the settlements located near the depots.’ 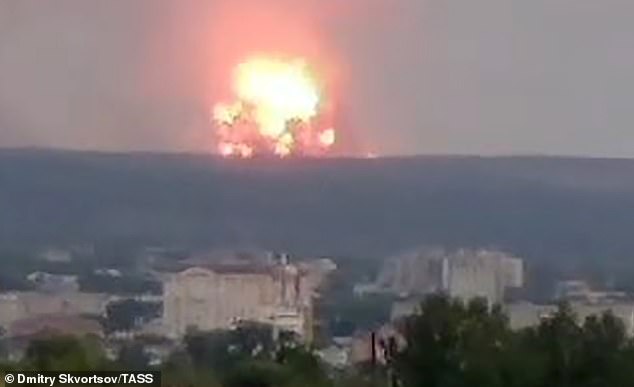 The blast (pictured) was at an ammunition dump at the base, which is six miles from Achinsk, a closed military town in the Krasnoyarsk region of Siberia 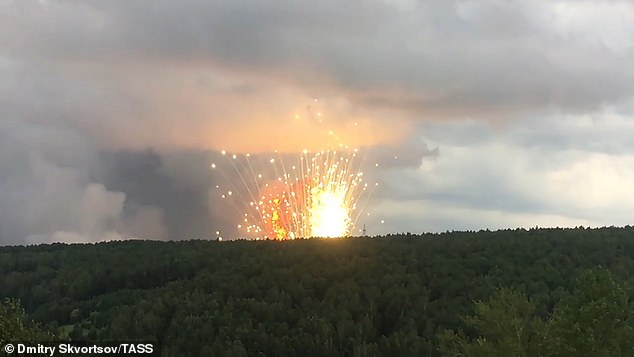 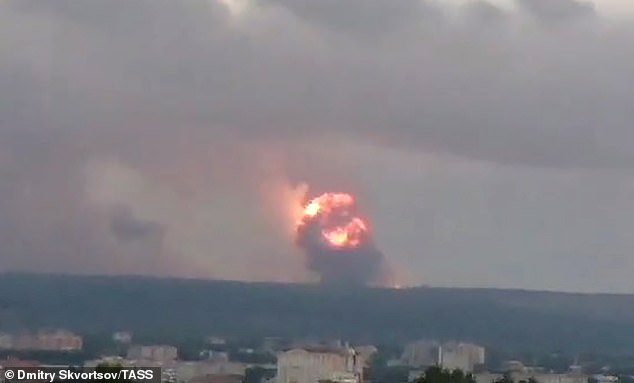 Authorities said residents do not face an immediate threat but asked people to stay away from the military base.

The state-run TASS news agency quoted an anonymous source saying the depot held up to 40,000 artillery shells for tank guns.

Ammunition depot explosions are not unusual in Russia.

After the most recent incident in May 2019, a fire raged for almost a week before water drops from military aircraft and helicopters helped put out the blaze.

Love Island Australia's Grant Crapp flaunts his washboard abs in another shirtless selfie
City banker is 'caught on CCTV kissing high-class escort before murder'
Meghan could be having her royal baby at the Lindo wing, after all, just like William and Kate
Two brothers take epic 'Rude Trip' around Britain
BBC boss intervenes in Naga Munchetty 'racism' row and overturns ruling against her Trump comments
Sculptor who inherited 1,500-acre estate and stately home told to share with NINE siblings
Chinese People's Liberation Army in Hong Kong: Soldiers clean up streets after latest protests
Son, 27, who viciously bullied his parents is jailed for three years