An insurance firm has been called out after suggesting cabin crew should help passengers with their luggage.

‘The international insurance firm released their list of travel tips and their number one suggestion for avoiding back pain when travelling is….ASK CABIN CREW TO LIFT HEAVY BAGGAGE!’ the post read with the graphic from AXA.

But flight attendants were furious that the insurance firm would disregard their health and safety in favour of passengers.

‘As the largest crew community on social media, why don’t we tell them what we, the cabin crew, think of their advice and also make sure we avoid AXA travel insurance and other services!

‘Time to take our business elsewhere.

‘Guess who travels a lot AXA? Cabin crew, and we will make sure to avoid giving our travel insurance business to a company that takes no regard for our health and safety!’ 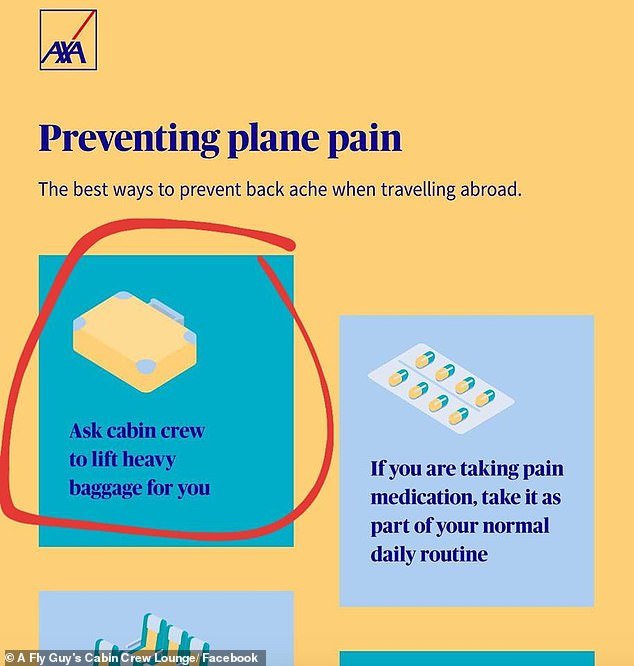 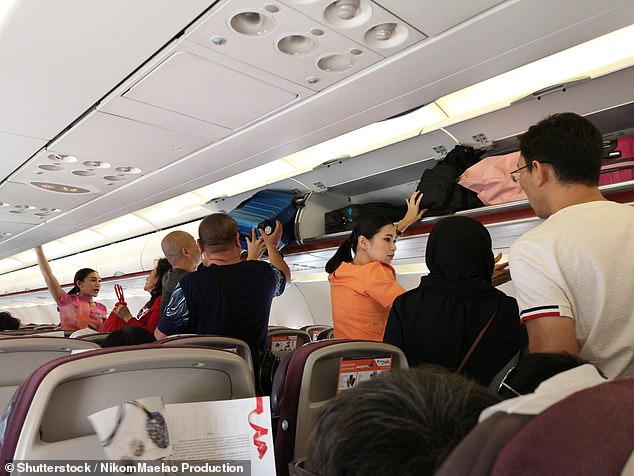 Crew members as well as passengers were all in agreement that flight attendants should not lift baggage.

‘I have a medical condition and still wouldn’t ask a flight attendant to lift my bag.. You pack it, you LIFT IT! That’s my motto,’ one person wrote.

‘Hey AXA, I am not insured by your company and my company either, if I broke my back carrying your clients’ heavy luggage. So why would I?? We’re not mere helpers inflight. We’re safety professionals. We’re just there to assist the passengers,’ a cabin crew member commented.

‘As a traveller myself and suffer back pain, I never ask crew to lift my bag into the overhead compartment because i make sure i check-in my luggage. Its not their job..your bag, your responsibility,’ another passenger wrote.

‘I often travel with heavy bags but never ever would I ask some staff member to lift it for me,’ someone else wrote. 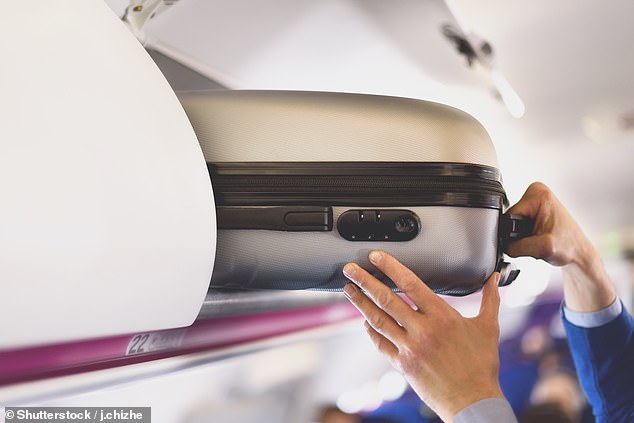 AXA immediately apologised for their post and corrected the ‘big mistake’ following the outrage.

‘We apologise to those of you who, rightly, challenged an article we issued yesterday about cabin crew and heavy baggage. We have amended this in light of your feedback.’

The post now reads: ‘Only pack what you can lift’.