A group of politicians, journalists and officials crammed into a sweaty bar on the banks of the Thames last week to bid farewell to Salma Shah, Sajid Javid’s director of communications. In a funny and moving speech, the Chancellor told how the pair would use their Asian heritage to get themselves out of tricky situations in meetings.

‘If Salma wanted to communicate something privately she’d suddenly start whispering to me in Punjabi,’ he revealed. She responded by noting what their mutual success signified about the slow but steady evolution of British race relations.

But as they celebrated, and his army of social-media supporters were preparing to strike. First was Clive Lewis. ‘Genuine congratulations James,’ the Labour frontbencher tweeted to the newly appointed chairman James Cleverly. ‘I’m just sorry you & the other black members of the cabinet had to sell your souls & self-respect to get there.’

He was quickly followed by Kerry-Anne Mendoza, editor of Corbynite website The Canary. ‘Someone from a minority group who chooses to serve in a far-Right Government is no longer a person of colour. They’re a turncoat of colour,’ she raged. 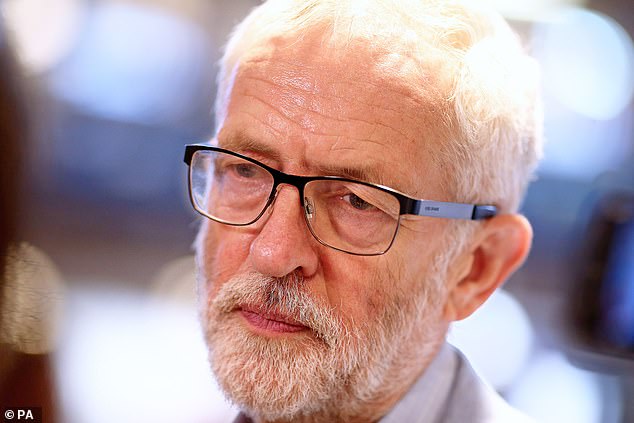 Dan Hodges: ‘What do we call it when black and Asian Britons are targeted and abused solely because of their race? We call it racism. Today, Corbyn is the leader of the most dangerous, divisive and racially prejudiced organisation in the UK’

Next came Ash Sarkar, from Corbyn cheerleader Novara Media. ‘The ascendance of Priti Patel and Sajid Javid to positions of power is only a sign of progress if you see tokenism (in which people of colour must assimilate to oppressive ideologies in return for representation) itself as progressive,’ she tweeted.

I’m told the Department of Health is going the extra mile in its No Deal preparations. NHS contractors have received a planning note advising them, ‘in the event of shortage concerns, please contact Dominic Fear at NHS England’. As one Ministerial wag observes: ‘I thought Project Fear was meant to be a thing of the past.’

What do we call it when black and Asian Britons are targeted and abused solely because of their race? We call it racism. And today, Corbyn is the leader of the most dangerous, divisive and racially prejudiced organisation in the UK.

His party’s racism is now a daily occurrence. Last Friday, Labour MP Afzal Khan was forced to apologise after admitting he had shared an anti-Semitic conspiracy post on social media. On Tuesday, the Labour Lord Mayor of Liverpool, Peter Brennan, stepped down after admitting he had circulated a video comparing black people to monkeys. On Wednesday, it emerged that Corbyn had attended a rally in which the state of Israel was compared to the Nazis, and marched behind a banner claiming Gaza was a concentration camp.

On Thursday, the Community Security Trust (CST), a charity set up to protect British Jews, produced its half-yearly report on anti-Semitic incidents. It found that they were at the highest level ever recorded. The charity said: ‘It is hard to precisely disaggregate the impact of the continuing Labour anti-Semitism controversy upon CST’s statistics. But it clearly has an important bearing.’

It does. But Labour continues to get away with it. This is partly because its long-dead heritage as principled anti-racist outriders continues to cloud perceptions; partly because Labour MPs are too spineless to hold themselves to even the most basic standards they demand of others; and partly because, like their forebears in the National Front, British National Party and English Defence League, Labour terrorises and intimidates people.

Could relief be at hand for Britain’s hard-pressed gambling industry? I understand the bookies have been cheered by the decision to hand Taunton MP Rebecca Pow the racing and gambling brief at the DCMS.

Pow, 58, who has Taunton racecourse in her constituency, is said to be a keen fan of the sport. The course’s managing director Bob Young told this week’s Racing Post: ‘Our local MP is invited with their family to the Christmas meeting every year. As long as she has been an MP, she has been every year to our Christmas meeting and presented a prize. She is very pro-racing.’

The gambling sector has been left reeling after Theresa May ordered a crackdown on fixed-odds betting terminals, slashing the maximum stake from £100 to £2. Perhaps Rebecca is about to come riding to the rescue?

When I contacted the Tory Party about the attacks on the ethnic Cabinet Ministers, none of them wanted to talk on the record. And who can blame them? As a Conservative source said: ‘Labour think if you’re black or Asian and a Tory then you’re a race traitor. That’s why they’ve used Sajid and Priti and James’s appointment as bait, letting the far-Left lunatics bombard them with hideous messages and death threats.’

But someone has to take the bait now and start calling out Labour for what it is. If you draw the obvious comparison between Labour and the other overtly racist organisations that have disfigured British politics, you get three responses.

The first is that throughout the 1970s and 80s, the NF and the BNP brought genuine fear and terror to entire communities. Which is true. But that is precisely what Labour is doing in 2019.

Last week, I was speaking to a senior member of the Jewish community. ‘Everyone has had the conversation,’ the person explained. ‘We’ve all discussed whether we should make plans to leave [the country] if Corbyn wins. Obviously we’re not all going to do it. But we’ve all had a discussion about it. The suitcase under the bed conversations are back.’ 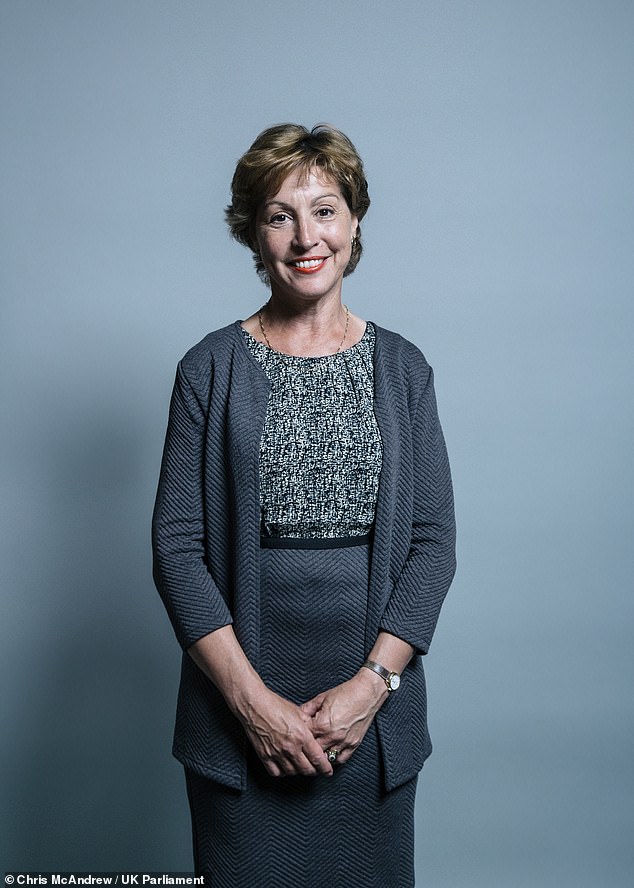 Horseracing and gambling will fall under the portfolio of Taunton MP Rebecca Pow, 58

A second response is that while those far-Right organisations have actively promoted violence – including murder – no supporters of Corbyn have ever done the same.

But they have. In 2015, shortly after Corbyn was elected leader of the Labour Party, former Ku Klux Klan Grand Wizard David Duke praised him, saying: ‘It’s a really good kind of evolutionary thing, isn’t it, when people are beginning to recognise Zionist power and ultimately the Jewish establishment power in Britain and in the Western world.’

And in March, terrorist group Hamas issued a statement, saying: ‘We have received with great respect and appreciation the solidarity message sent by the British Labour Party Leader, Jeremy Corbyn, to the participants in the mass rally… in Central London.’

Is the net closing in on Shallowthroat? I’m told that as part of the transition from Theresa May to Boris Johnson, a senior May aide warned the new team they believed a single ministerial adviser was responsible for the majority of negative briefing targeting the Government.

A former Downing Street aide explained: ‘We gave them the nickname Shallowthroat after the Watergate source. We think they were behind more than 50 per cent of the leaks from Cabinet and other departments.

‘Theresa was told time and again to get them removed, but she never did.’

I understand the identity of the errant special adviser is known to Team Johnson, and that he – or she – is now on borrowed time.

Which is why Jewish Labour MPs can no longer walk around their own party conference alone.

A third argument is that while unfortunate and a little unsavoury, the rise of Labour racism is insignificant given the perceived rise of the far-Right in post-Brexit referendum Britain. It is people such as former EDL leader Tommy Robinson, not Corbyn, who pose the real threat.

Yes, Robinson is indeed a dangerous, racist thug. But he is never going to be our next Prime Minister. Corbyn, for all his current travails, still could be.

Labour in charge of our police. In charge of our security services. With direct influence over our judiciary, our schools, our foreign policy, our military. This is the risk that Labour poses.

Not that we will have dangerous racists roaming the streets of Britain, but we will also have them roaming the corridors of Downing Street, the Foreign Office and the Treasury.