Playboy has abandoned Hugh Hefner’s legacy and hired a team of millennials to transform it into a woke publication with a focus on social consciousness — while still continuing to fill its pages with naked women.

For the first time in the magazine’s history, no one in the Hefner family is involved with the publication, which relaunched earlier this year as an ad-free quarterly under the editorial leadership of a gay man and two women who are all under the age of 32.

Playboy is trying to enter a new era, according to a profile, and the angle of the magazine has shifted dramatically as a result, with the cover of the new summer issue featuring three nude activists posing underwater instead of models. 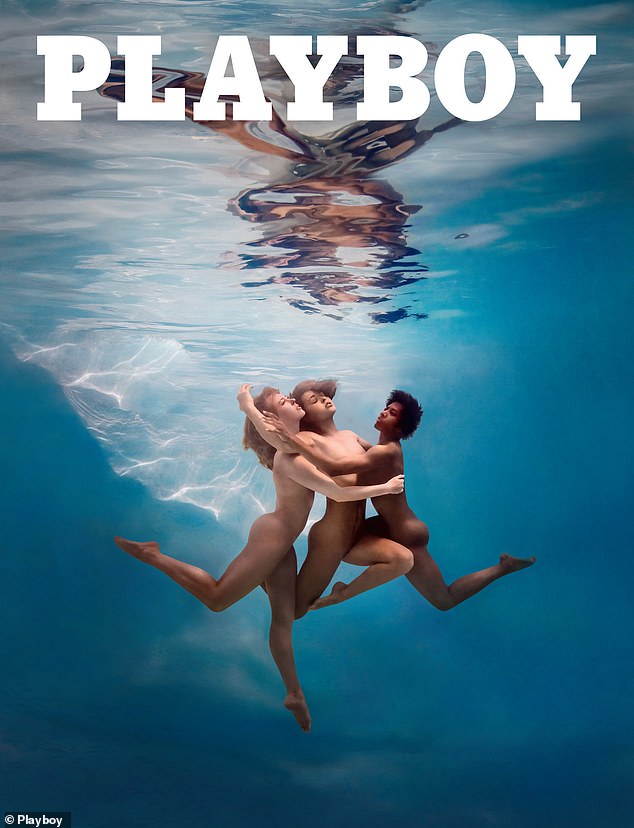 New look: Playboy has hired a team of millennials to transform it into a socially conscious publication as it struggles to find its voice in the modern era 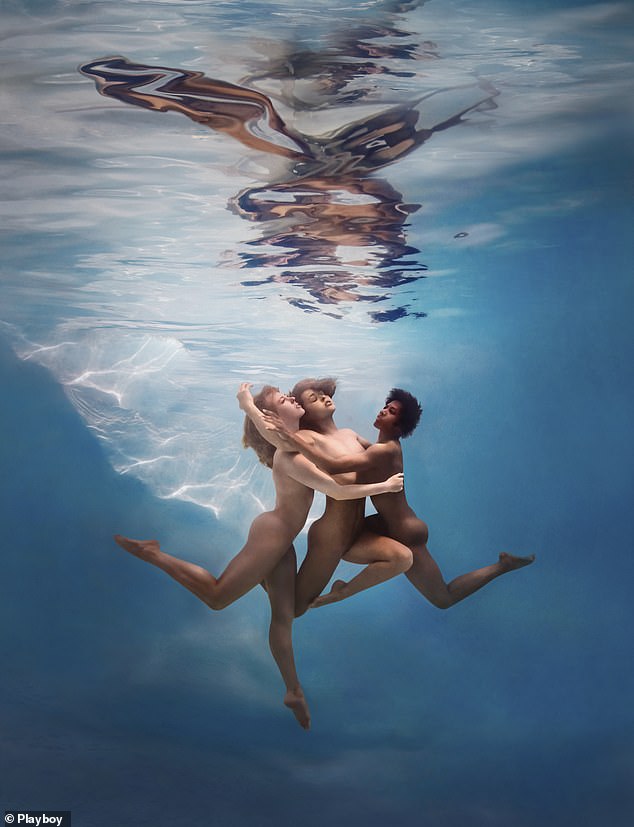 Woke enough? The cover of the new summer issue features three activists posing underwater instead of models, but the women are still nude

And that’s not all that has changed when it comes to the cover shoot, which no longer focuses on sex, but rather on ‘sexual fluidity’.

Singh edits Playboy along with Erica Loewy, the publication’s 26-year-old creative director, and Anna Wilson, 29, who is in charge of photography and multimedia.

With its quiet relaunch going relatively unnoticed, Playboy’s hip-new millennial vision and focus on inclusivity has certainly taken more than a few people by surprise.

Ed Freeman, the photographer behind the summer issue’s underwater cover, told The Times he was shocked when Playboy hired him for the shoot and even asked himself: ‘Do they know I’m gay?’

While struggling to find its voice following Hefner’s death in 2017, the magazine has now reinvented itself with a feminist tilt — even though its chief executive Ben Kohn is still a straight white male and three-quarters its readers are men. 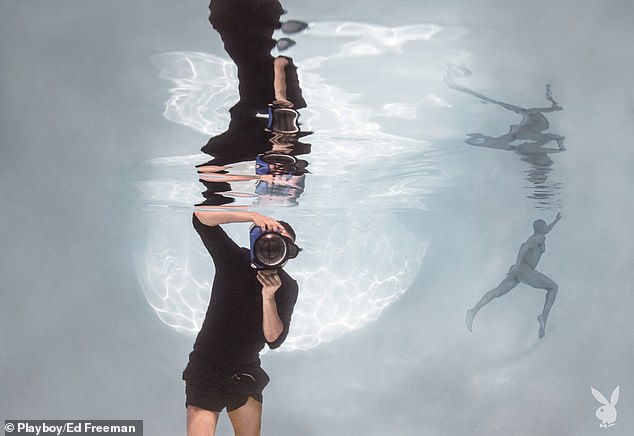 Surprised: Ed Freeman (pictured), the photographer behind the issue’s latest cover, admitted he shocked when Playboy hired him for the shoot and wondered if they knew he is gay 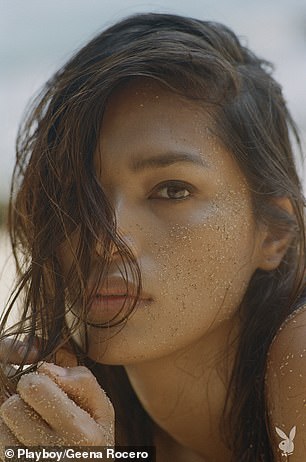 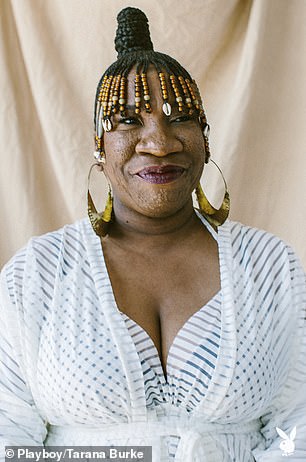 Inclusivity: Transgender model and advocate Geena Rocero (left) appears in the new issue along with Tarana Burke (right), the activist who founded the #MeToo movement

The publication tried banning nudity in 2015, only to bring it back a few years later with the tagline ‘Naked is normal.’

The new Playboy claims to have moved away from the male gaze, but no matter how tasteful it may be, it is still relying on nudity.

‘Consensual objectification is the idea of someone feeling good about themselves and wanting someone to look at them. Art means, O.K., we can hang this on a wall. And if it’s both, for us, that’s the major win.’

It seems that in the eyes of staffers, the sophisticated nude centerfolds are meant to enhance the beauty of the magazine, which is now made of ‘thick-stock, matte-paper,’ instead of pandering to the male gaze. 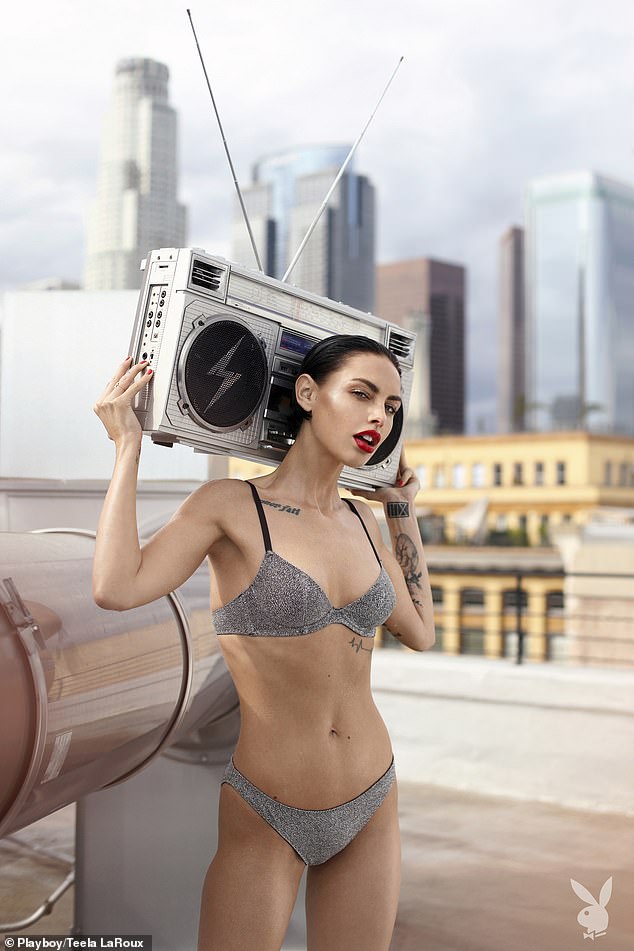 Tasteful spread: Teela LaRoux models a gray bra and matching underwear as the ‘July Playmate.’ Playmates are ‘paid freelancers’ and no longer appear on the cover

Playmates — the women who appear in nude centerfolds — no longer appear on the cover of the publication, and they are often photographed by women with on-set intimacy coordinators to monitor the shoot.

The magazine has also changed up its lingo, giving its models more politically correct titles.

Playboy bunnies have been dubbed ‘brand ambassadors, while playmates are to be called the ‘September Playmate’ instead of ‘Miss September.’

Playmates are also ‘paid as freelancers,’ and the company told The Times that it is working on providing them with health care benefits as many of the models continue to represent Playboy at public events.

According to the profile, staffers at the inclusive new Playboy use terms like ‘intersectionality,’ ‘sex positivity,’ and ‘privileging’ to describe their editorial vision. 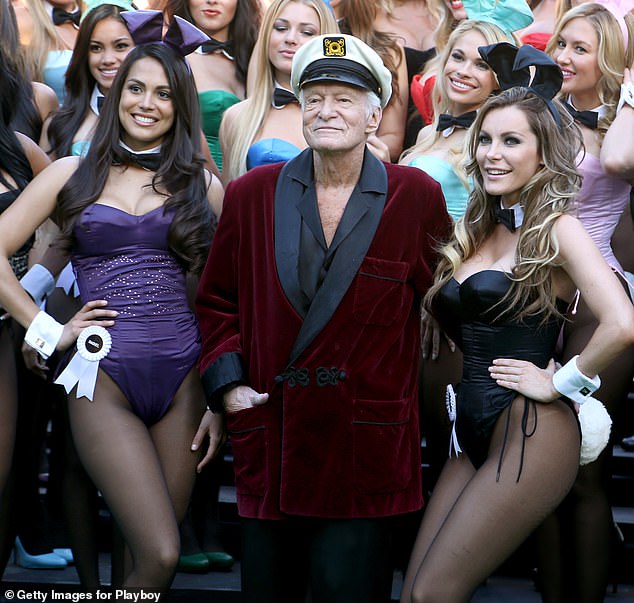 Throwback: While struggling to find its voice following Hugh Hefner’s death in 2017, the magazine has now reinvented itself with a feminist tilt. Hefner is pictured in 2014 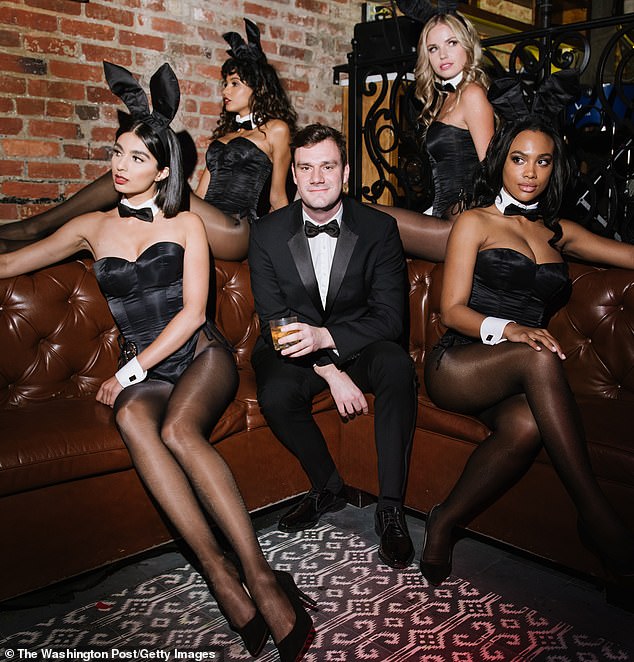 Gone: For the first time in the magazine’s history, no one in the Hefner family is involved with the publication. Hefner’s son Cooper (pictured) stepped down as chief creative officer in April

Instead of having a staff writer to speak with Burke, Playboy enlisted Dream Hampton, the filmmaker behind ‘Surviving R. Kelly,’ the documentary that led to multiple charges against the singer.

Despite the changes, the debate over whether or not Playboy is even worth saving is still being had nearly two years after Hefner’s death,

Even before the #MeToo movement, critics insisted Hefner was a sexual predator whose legacy should be left behind, while others argued he was an advocate for sexual liberation and free speech. 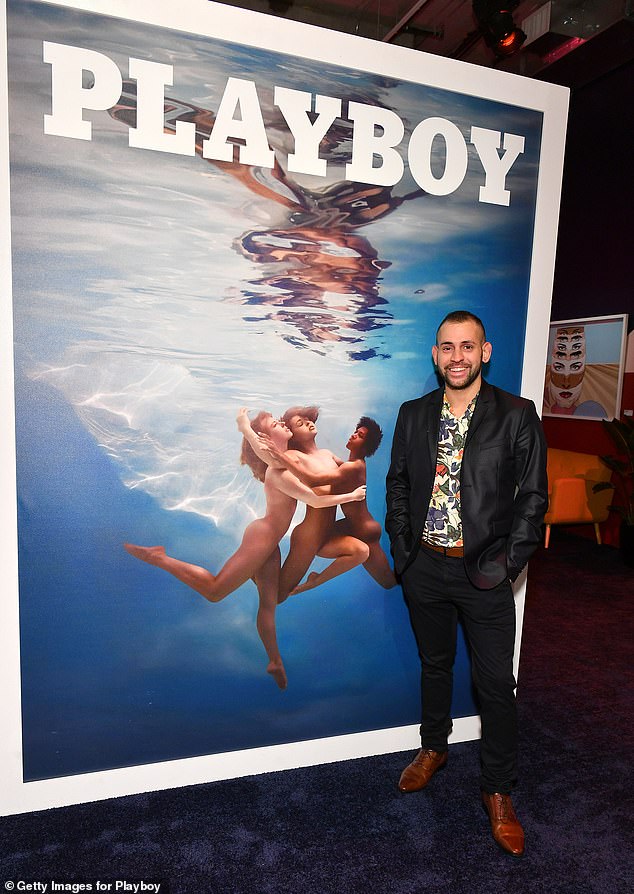 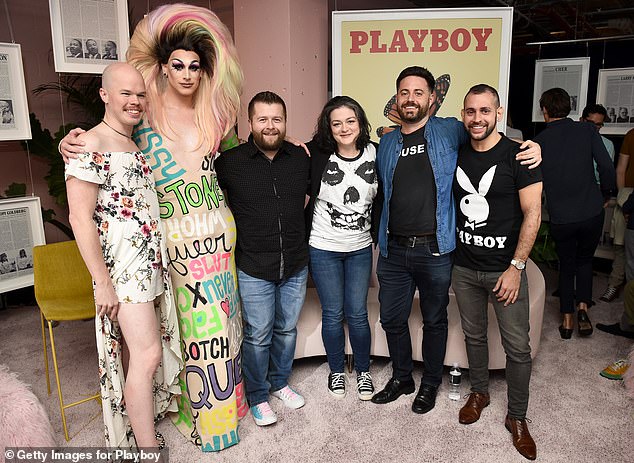 When asked if it was possible to reinvent the brand, Joanna Coles, former editor-in-chief of Cosmopolitan, made it clear that she thinks we should all say good riddance to Playboy.

‘Through today’s lens, Hugh Hefner is grotesque and his women victims,’ she said. ‘They should lay it to rest with Hugh’s smoking jacket.’

Meanwhile, Carrie Pitzulo, a historian at Colorado State University and the author of ‘Bachelors and Bunnies: The Sexual Politics of Playboy’ agreed that the magazine does objectify women and privileges straight white men but noted it wasn’t all bad.

Rachel Webber, Playboy’s chief marketing officer, who barely makes the millennial cutoff at age 37, told The Times at the company’s goal is to reach an audience that is 50 per cent female.

‘We talk a lot about what’s the Playboy gaze and how we need to diversify that,’ she said. ‘It’s a little like being in a gender studies class.’