The Duke and have revealed the celebrities who will compete in a charity regatta next week.

William, 36, and Kate, 37, will go head-to-head against stars including adventurer Bear Grylls, comedian John Bishop and Olympic champion rower Helen Glover, in the inaugural King’s Cup race around Cowes, on the Isle of Wight, on August 9.

Each high-profile sailor will skipper a yacht that represents a charitable cause supported by the Duke and Duchess of Cambridge. 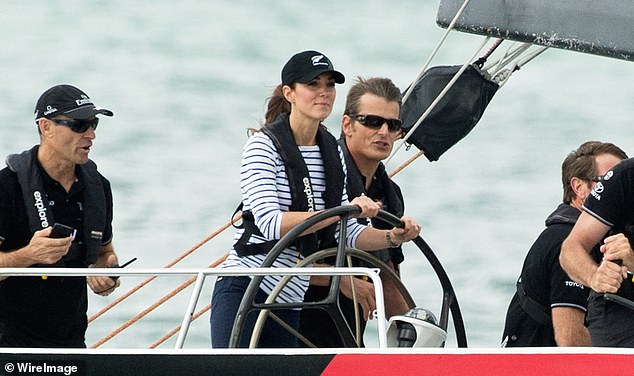 The Duke and Duchess of Cambridge have revealed the celebrities who will compete in a charity regatta next week. Pictured, Kate sailing a yacht in Auckland in April 2014

Invest in a timeless classic: The breton tee

She’s done it again! As the Duchess of Cambridge stepped out for day’s sailing in New Zealand, she was channelling some seriously nautical vibes.

Sporting her signature mix of designer and high street brands, Kate looked perfectly at ease on the waves dressed in classic J Brand jeans, a ME+EM Breton top, Stuart Weitzman wedges and accenting the look with a pair of Ray Ban sunglasses.

When it comes to season-savvy wardrobe staples, a classic Breton top is the ultimate investment. The super versatile style is guaranteed to look chic whenever and wherever you are, from off-duty days to smart cocktail parties and it will never, and we mean NEVER, go out of fashion.

Don’t believe us? Just check out the plethora of stylish celebs who have pledged their allegiance to this timeless classic: Kate Moss, Sienna Miller, Gwen Stefani, Blake Lively, Alexa Chung, the list goes on.

Luckily, there are a whole host of beautiful Bretons out there, so shop our top four alternatives below to find your perfect fit.

William, 36, and Kate, 37, will go head-to-head against stars including adventurer Bear Grylls and comedian John Bishop. They announced the line-up on Instagram today, pictured

Details of the celebrities and the causes they are supporting were shared on the Kensington Royal Instagram account today.

Grylls will skipper a yacht for wildlife conservation organisation Tusk. 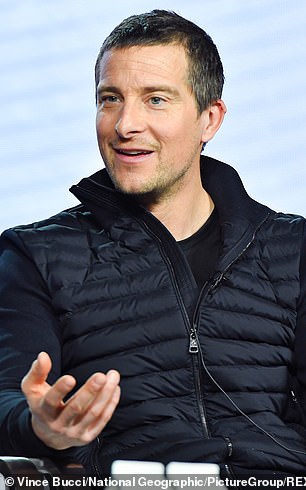 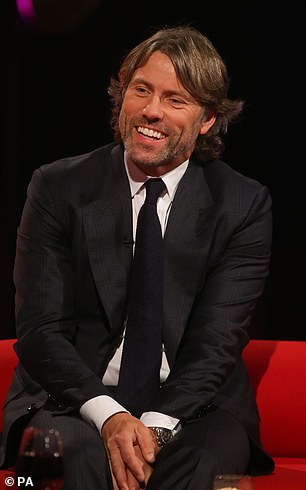 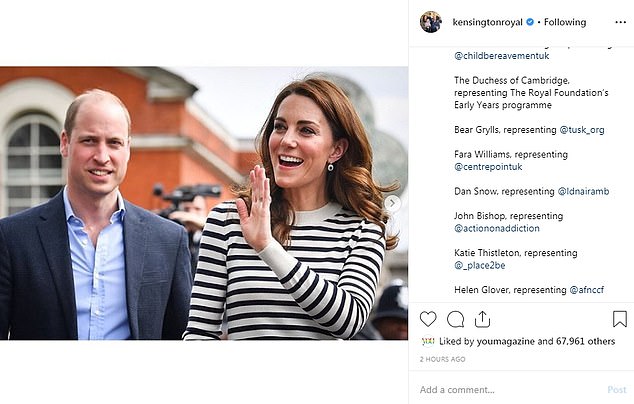 Details of the celebrities and the causes they are supporting were shared on the Kensington Royal Instagram account today, pictured. The race takes place next Friday

Bishop will compete for Action on Addiction, BBC presenter Katie Thistleton for Place2Be, and Glover for the Anna Freud National Centre for Children and Families.

The winning team will be awarded the King’s Cup, a trophy first presented by King George V at Cowes’ Royal Yacht Squadron in 1920.

William and Kate hope the King’s Cup regatta will become an annual event, bringing greater awareness to the benefits of sport, while also raising support and funds for their causes.

The event will also give the couple the chance to renew their sporting rivalry. 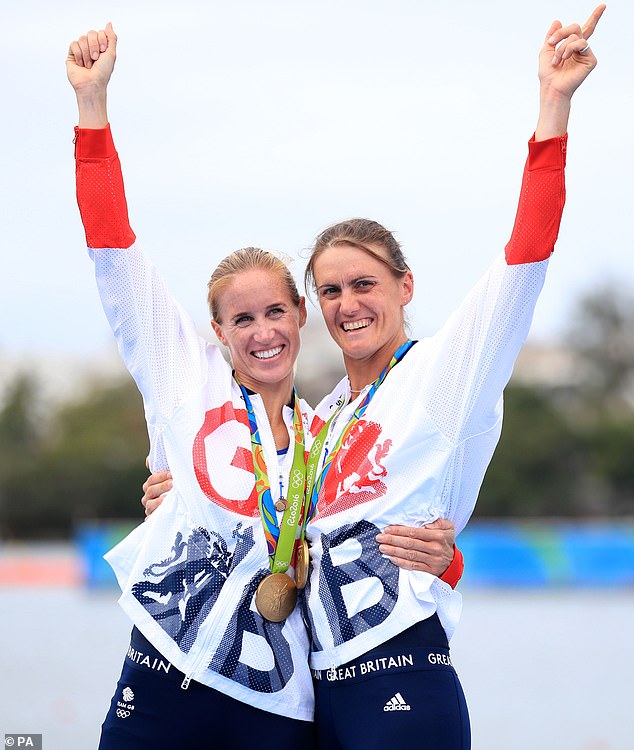 Olympic gold medal rower Helen Glover (left with Heather Stanning) will race for the Anna Freud National Centre for Children and Families. Her experience might give her a head’s up

The duke trounced his wife when they competed in a dragon boat race in Canada in 2011, but Kate got her revenge three years later when she won a sailing event in Auckland during their tour of New Zealand.

William took the honours again during a visit to the German city of Heidelberg in 2017, when he was victorious in a riverboat race against his wife.

Members of the public can watch the race from the SailGP Race Village along the Cowes foreshore, which is free to access and will include an 800-seater grandstand.

Footage from the race will play on screens across the town and there will be a number of family-friendly activities and exhibits to promote sailing around the event, including initiatives and programmes for children and young people.

Trump supporter confronts Facebook staff about conservative discrimination but is asked to leave
Lionel Richie's son Milo 'is arrested at Heathrow for claiming he had a bomb in his bag'
The perils of plastic: Americans racked up $870billion in credit card debt by the end of 2018
Mother of two is mauled to death by her two pit bulls
Used Nest cameras had bug that let their previous owners snoop on new owners
The ancient Turkish farming community brought down by challenges of early urban life
Guns have killed 10% more young Americans each year for the last five
Princess Martha Louise's bisexual shaman boyfriend under fire for 'flirting' with girl