The package holiday firms announced that its parent company was going into administration last night.

But, as late as Wednesday evening, Late Rooms tweeted: ‘It’s never too late for a cheeky weekend up in Manchester.’ 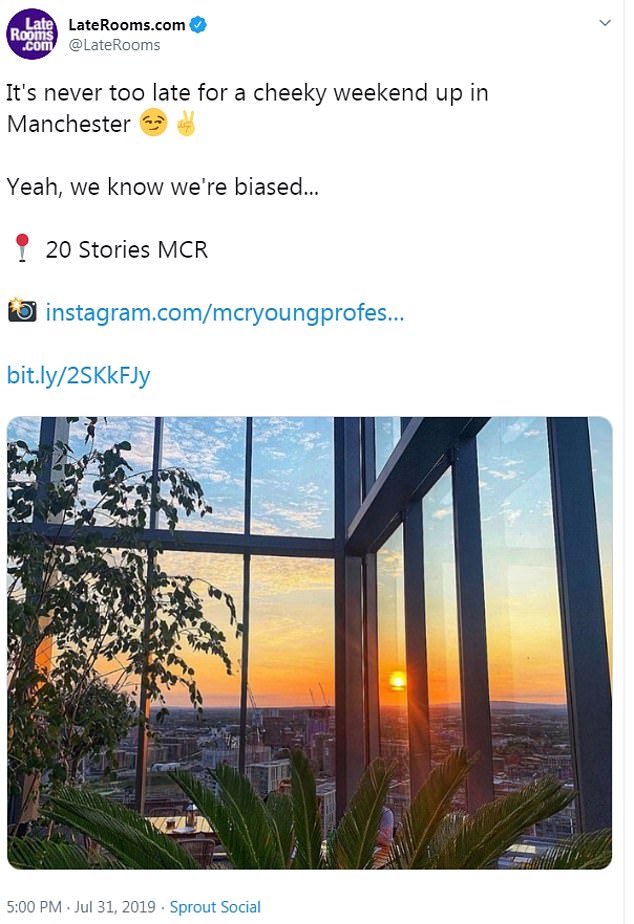 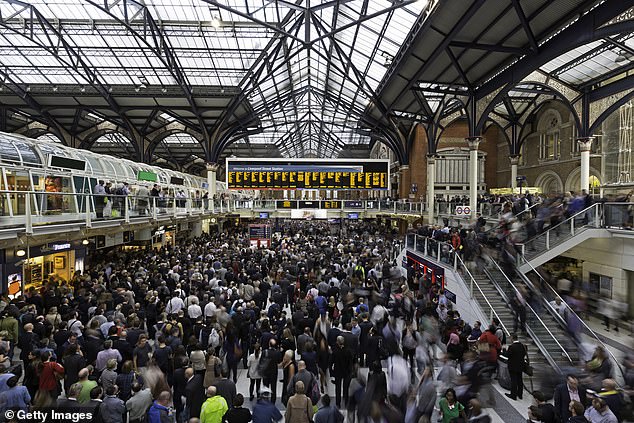 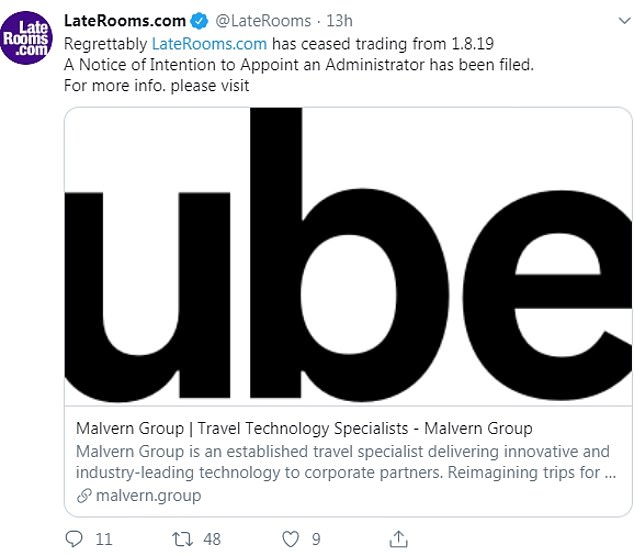 Have you been affected?

Holidaymakers have been left furious at both companies encouraging bookings so late, as they fear losing out despite assurances.

What should I do if I’ve booked with Super Break or Late Rooms?

Anybody who has booked a package holiday with either Late Rooms or Super Break should have their bookings protected by the Association of British Travel Agents (Abta).

Package holidays are defined as breaks booked either entirely or in part through the same website or travel agent.

Cash spent on this type of break is protected under the Package Travel and Linked Travel Arrangements Regulations 2018.

Consumers are advised by Which.com to check whether or not the company through which they booked is registered with the Air Travel Organisers’ Licensing (ATOL) scheme.

If the site or travel agent is registered with the programme, this means your money is protected.

Those who wish to find out more can visit the Abta website by clicking .

Parent company, Malvern Group, said it is appointing administrators, after running out of cash before securing a sale.

The company says package holiday bookings are protected by the travel association Abta.

But it also confirmed that vouchers and tickets for the Incredible North Iceland Charter, entertainment or attractions are no longer valid.

It is the latest in a string of holiday disasters this summer, with BA pilots and airport ground crew threatening to strike.

Sterling has also crashed to new depths in recent days – as of last night it was 1.09 euros to the pound.

LateRooms’s will not be taking any further calls, a statement on Malvern Group’s website said.

However, the company has said it will be able to guarantee bookings.

The firm’s other site, Super Break, collapsed less than 24 hours after it announced a partnership with budget chain easyHotel. 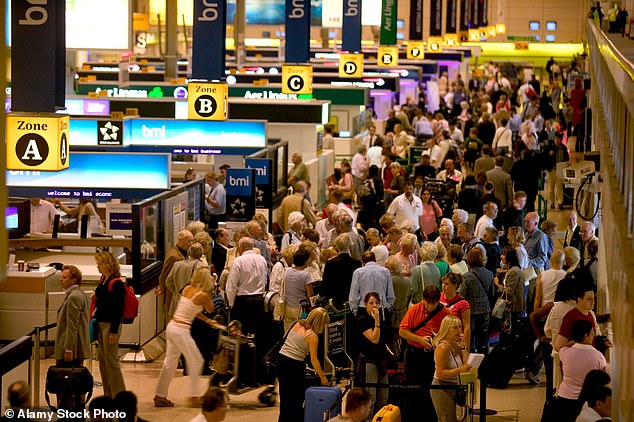 British Airways pilots will go on summer holiday-wrecking strike because offered £20,000 pay rise ‘is not enough’

By Joel Adams for MailOnline

British Airways pilots are set to go on a summer holiday-wrecking strike because the £20,000 pay increase they’ve been offered is ‘not enough’.

Four thousand plane captains could walk out in mid-August after the Court of Appeal rejected BA’s application for an injunction to prevent strike action.

The British Airline Pilots’ Association (Balpa) rejected an above-inflation pay deal worth 11.5 per cent over three years, reported, even though it has been accepted by unions representing other BA staff.

BA captains are paid an average of £167,000, including a flying allowance, which means the offered 11.5 per cent increase would be worth more than £20,000 over three years for senior pilots. 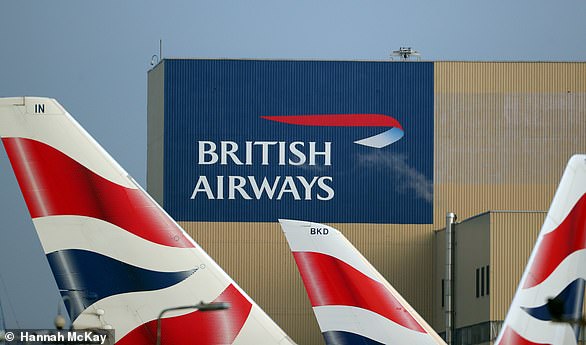 Grounded: BA flights could be stuck on the tarmac if 4,000 pilots walk out later this month

Up to 145,000 passengers a day could be affected if there is no breakthrough in talks being held at Acas, in a move which could cost the company £40million a day.

The pilots, who took a pay cut when the company faced financial difficulties in recent years, say they are looking for a larger share of the profits now the company is in better financial shape. BA made almost £2 billion last year.

One captain told The Times that there was huge support for the strike, saying that staff felt mistreated after agreeing to significant pay cuts during the recession several years ago.

He accused the airline of ‘snipping away’ at perks such as the quality of hotels during layovers. ‘It used to be five-star, it’s now four-star, some I would think might even struggle to achieve that,’ he said.

‘The problem with lower-standard hotels is they tend to be noisier and that becomes an issue when getting enough sleep to do your job.’

He added: ‘We’re working a lot harder than when I joined more than 25 years ago. 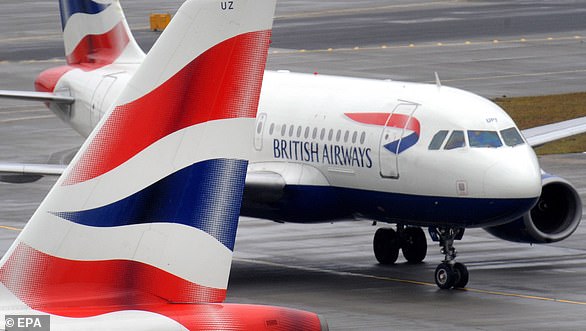 British Airways pilots are set to go on a summer holiday-wrecking strike because the £20,000 pay increase they’ve been offered is ‘not enough’

‘We took a big pay cut a few years ago when the company was in financial trouble and . . . I think the feeling is when we made the big sacrifice when times are hard, we’d like to share in the profits when times are good.’

A spokeswoman for Balpa told MailOnline she could not confirm when strike action would take place, that the union must give two weeks’ notice of any walk-out, and that talks with Acas were continuing.

She said the union would not be in a position to confirm if or when the walk-out would begin ‘until talks are concluded’.

The strike is by pilots based at Heathrow and Gatwick but will affect flights from all British airports including Manchester, Glasgow and Belfast.

Only BA Cityflyer flights from London City will be unaffected.

Balpa is also balloting for industrial action on Ryanair, which might also begin this month.

BA applied to the High Court for an injunction to block the strike. It argued that Balpa’s ballots did not comply with trade union law.

The case was thrown out last week and that decision was upheld by the Court of Appeal yesterday.

A British Airways spokeswoman told MailOnline: ‘We are disappointed that the pilots’ union, BALPA, has chosen to threaten the holidays of thousands of our customers this summer with unprecedented strike action.

We are very sorry for the disruption BALPA’s strike action could cause our customers. While no strike dates have yet been issued by BALPA, and they are required to give us 14 days’ notice of any intention to call strike action, we ask our customers to review their contact details by visiting ba.com, or by contacting their travel agent.

‘We continue to pursue every avenue to find a solution to avoid industrial action and protect our customers’ travel plans.

‘Our proposed pay deal of 11.5 per cent over three years is fair, and by contrast to BALPA, has been accepted by the members of the Unite and GMB trade unions, which represent nearly 90 per cent of all British Airways colleagues.’

'I'm cool with Pep': Burnley keeper Joe Hart respected Guardiola's honesty despite Man City axe
University suspends dean for tweeting critical of Kavanaugh accuser Julie Swetnick
'Lazarus' the cockatoo rises from the dead after being rescued from Queensland's 'hailnado'
Twitter roasts Melania Trump for wearing ONE black leather glove at the State of the Union
Woman gets locked out of her car by her dog
Iran will restart uranium enrichment programme in 60 days unless nuclear pact is honoured
Donald Trump said it's 'looking' like Iran is responsible for the drone attack on Saudi Arabian oil
Kate Middleton visits baby sensory class in 24-hour UK tour