A man in western tried to jump out of a window at a church and ended up dangling like a piñata while a cop beat him with a broom stick.

A cellphone video posted on social media Tuesday shows the moment a police officer in Tonalá, Jalisco, hangs on to the carjacker’s left leg.

A crowd quickly gathers outside and urges another law enforcement agent to beat him with a stick.

The suspect, whose name wasn’t confirmed by the police and the state prosecutor’s office in the state of Jalisco, allegedly drove off in a Ford Ranger pickup truck while a five-year-old girl slept in the back seat. 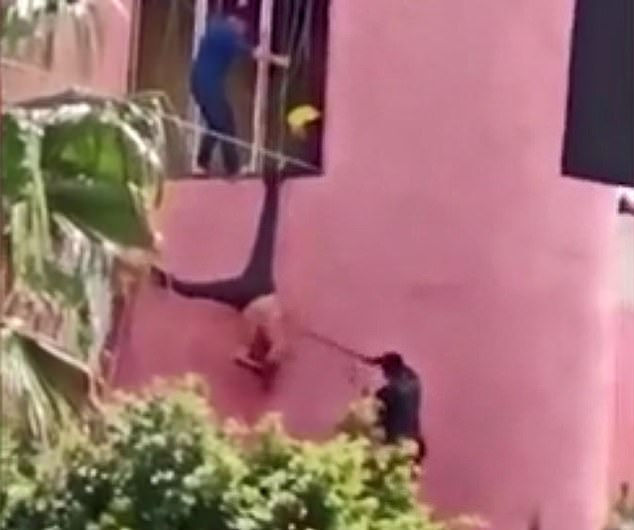 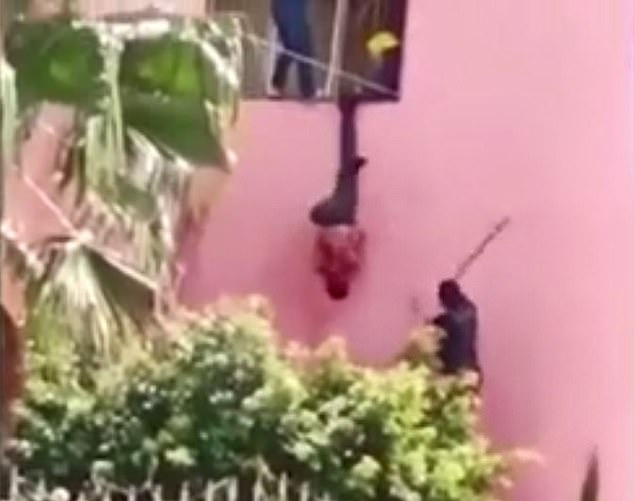 On Tuesday afternoon, residents in Jalisco, Mexico, recorded the moment he hung like a piñata from a window while a rope was tied to his leg

According to Mexican outlet , the child’s distraught parents immediately alerted the police who quickly managed to locate the truck.

The man led the cops on high-speed pursuit and later jumped out of the truck after he was cornered at an intersection before seeking refuge at a local church.

Once inside the house of worship, the suspect made his way to the top floor and threatened to leap out of a window.

The responding cops managed to tie a rope around the man’s right leg to avoid further injuries.

A person appears in the video attempting to grab the suspect’s other leg as the cop continuously hit him with the stick.

Police eventually placed the man under arrest. The child was unharmed.

DailyMail reached out to the Jalisco state prosecutor’s office for comment. 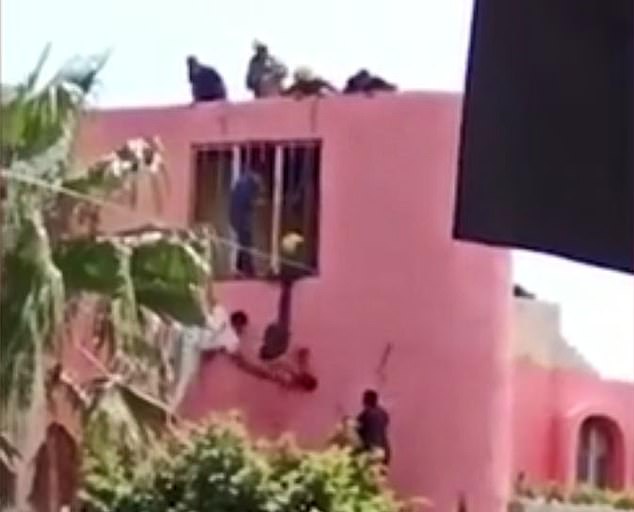 An unknown man attempts to grab the alleged thief of a pickup truck while he hung by a leg from a window at a church in Tonalá, a city in the western Mexico state of Jalisco