A student asked the internet to help him remove his ex-girlfriend from his favourite holiday snap – and the hilarious responses went above and beyond his request.

Callum Tait, from Liverpool, took to  to ask his followers if anyone was able to edit his ex-girlfriend out of a photograph of the pair overlooking the Grand Canyon.

Alongside the original photograph, Callum said: ‘Anyone any good with photoshop? Got this picture of me at the Grand Canyon but it’s with me ex and I just want me in it’.

His request was quickly granted by dozens of Photoshop savvy users – but the edits didn’t stop there.

Replies to the Tweet, which has been liked more than 19,000 times, included versions of the scenic snap featuring King Kong, the Millennium Falcon and the Avengers.

Others took Callum out of the shot and placed him atop a roof in Gotham with Batman, and in an art gallery lazily viewing the original photograph. 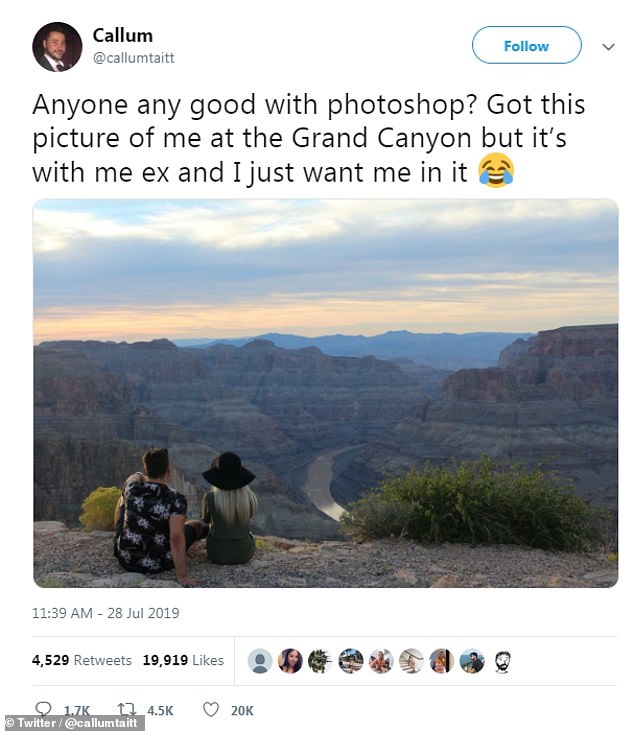 Help! Callum, from Liverpool, took to Twitter to ask his followers if anyone was able to edit his ex-girlfriend out of a photograph of the pair at the Grand Canyon 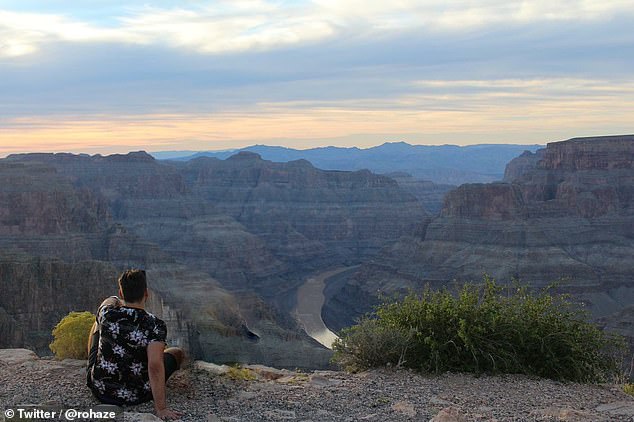 Phew! His request was quickly granted by dozens of Photoshop savvy users who expertly removed her from the shot 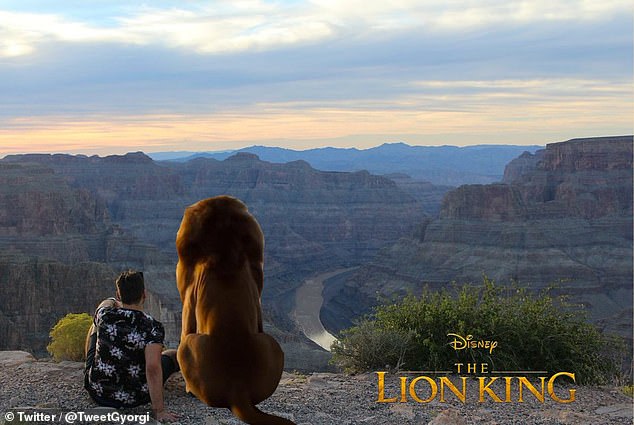 Movie magic: The edits didn’t stop there, with one user merging the photograph with a scene from Disney film The Lion King 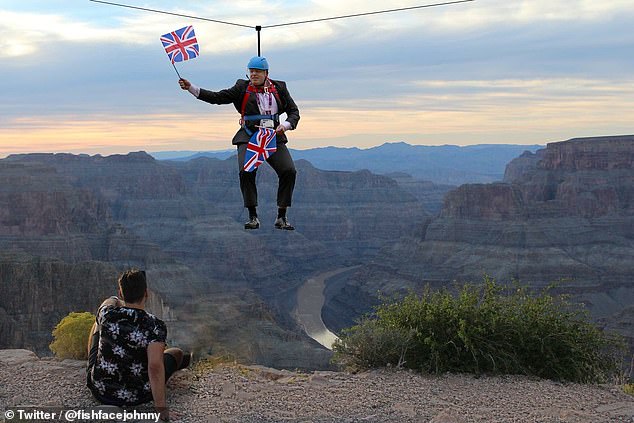 Mind your head! Another pictured Prime Minister Boris Johnson as he flew overhead on a zip wire 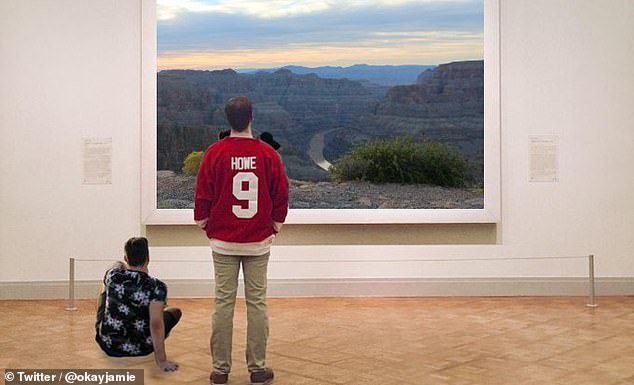 Artsy: One user removed Callum from the photo completely, and instead placed him at an art gallery gazing up at the original shot 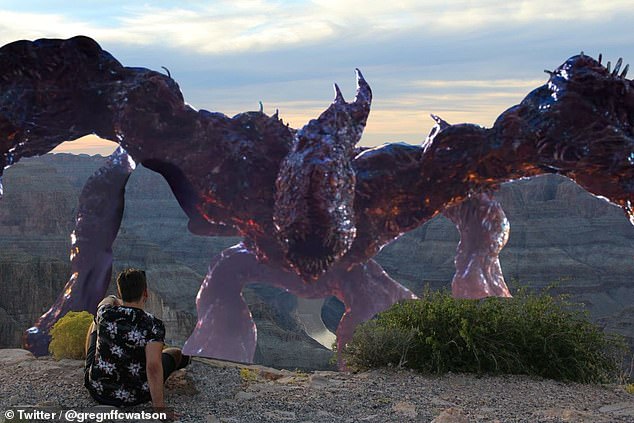 Scary! Another placed a terrifying monster in the middle of the Grand Canyon National Park 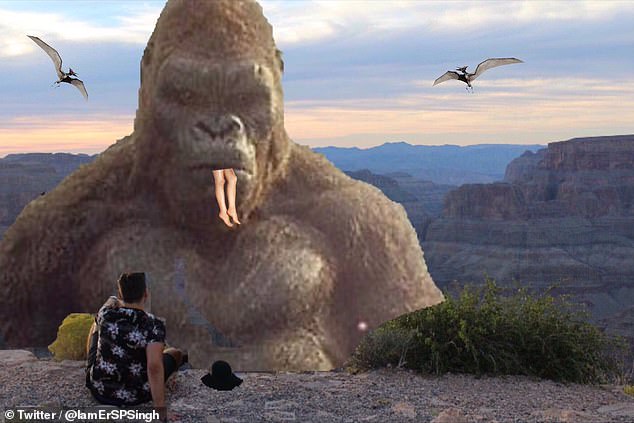 Watch out! Another Photoshop savvy user placed King Kong ahead of Callum – and it appeared his girlfriend had met an unfortunate fate 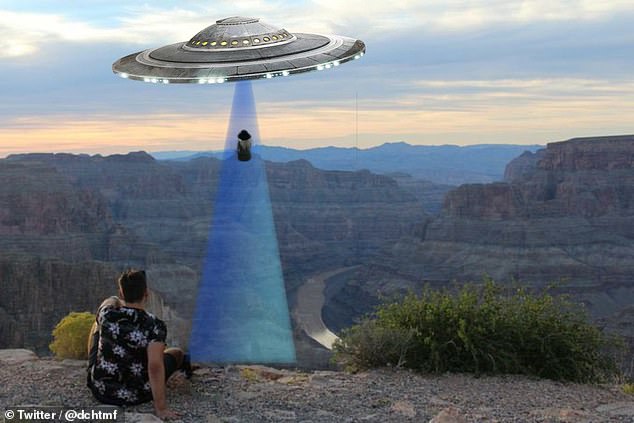 Beam me up: Someone else decided to edit a UFO in the distance, with Callum’s ex-girlfriend seen being beamed up into the spaceship 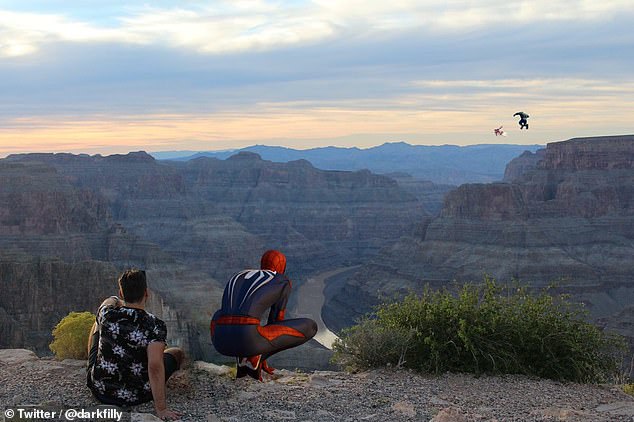 Assemble! Callum was also spotted hanging out with Spider-Man, with Iron Man and the Hulk in the far distance 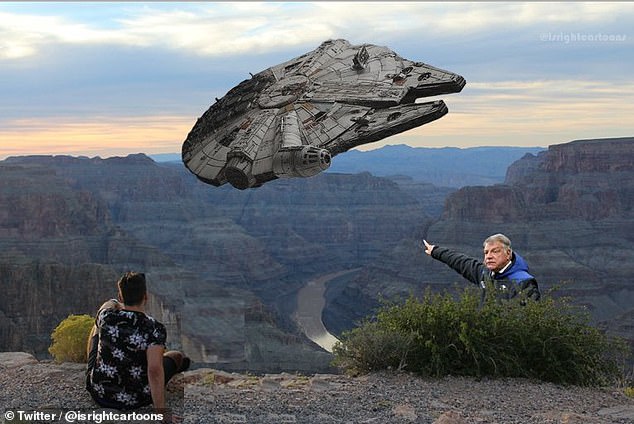 Do you see that? In another edit, Sam Allardyce points out the Millennium Falcon as it soars past 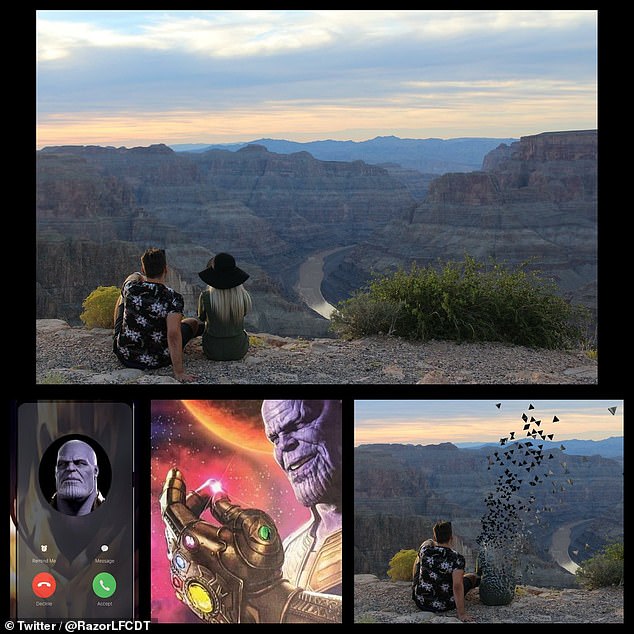 Casual: Here, Callum watches the photograph of himself at the Grand Canyon on a television 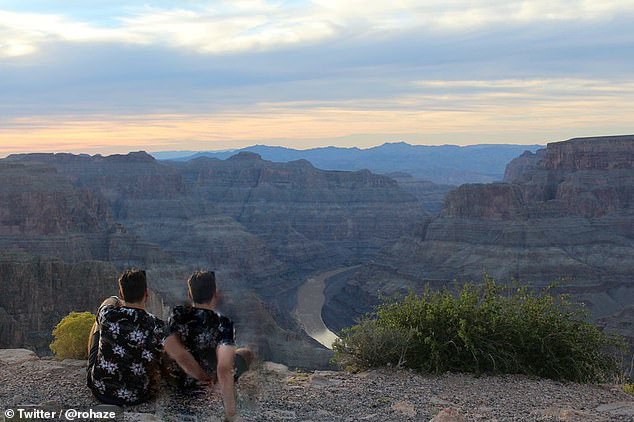 Double trouble: Another user decided to picture Callum instead with his arm around himself 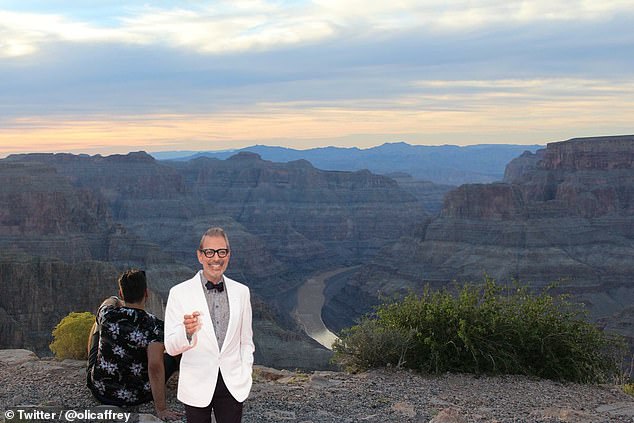 Dapper: Jeff Goldblum even made an appearance in a very smart white jacket and bow tie 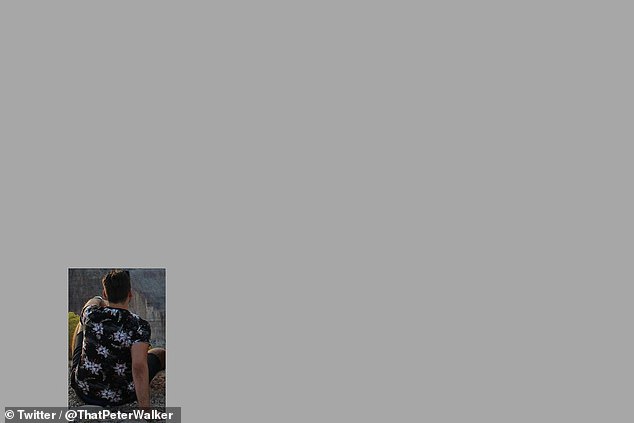 Misunderstood: Another seemed to misunderstand the request, and cropped the student out 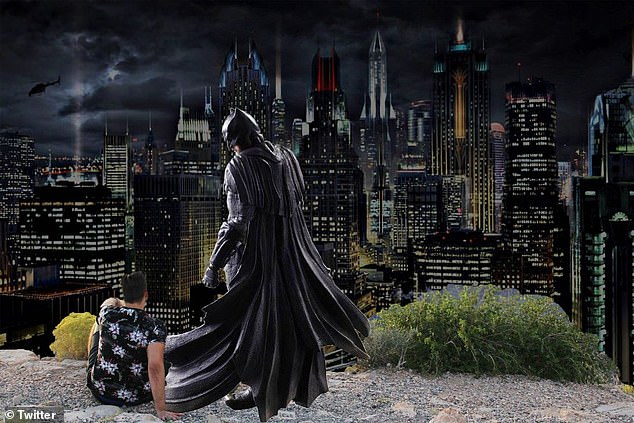 Dark Knight: In one edit, Callum appeared on a rooftop in Gotham with Batman himself