A woman who offered to pay for her sister’s abortion was shocked when her brother-in-law turned down the offer – and asked for the money instead.

Taking to Reddit last night, the American woman said she is ‘bewildered’ by their claim that she should be willing to provide for their family if she was willing to pay for the abortion.

The majority of users agreed with the poster, branding the sister and brother-in-law ‘selfish’. 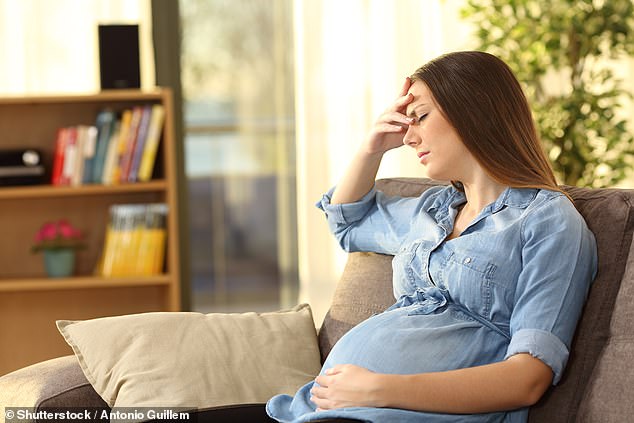 Explaining the situation, the woman said her sister and brother-in-law already have two children, two and four, and already struggle to support themselves financially.

The sister was left distraught when she discovered she was pregnant, prompting the poster to offer to help cover the costs of an abortion.

However when she returned to finalize the details, her sister and brother-in-law decided they wanted the money instead.

The woman continued: ‘She [my sister] told me how she thought about what I said and she wanted to “accept my offer”. 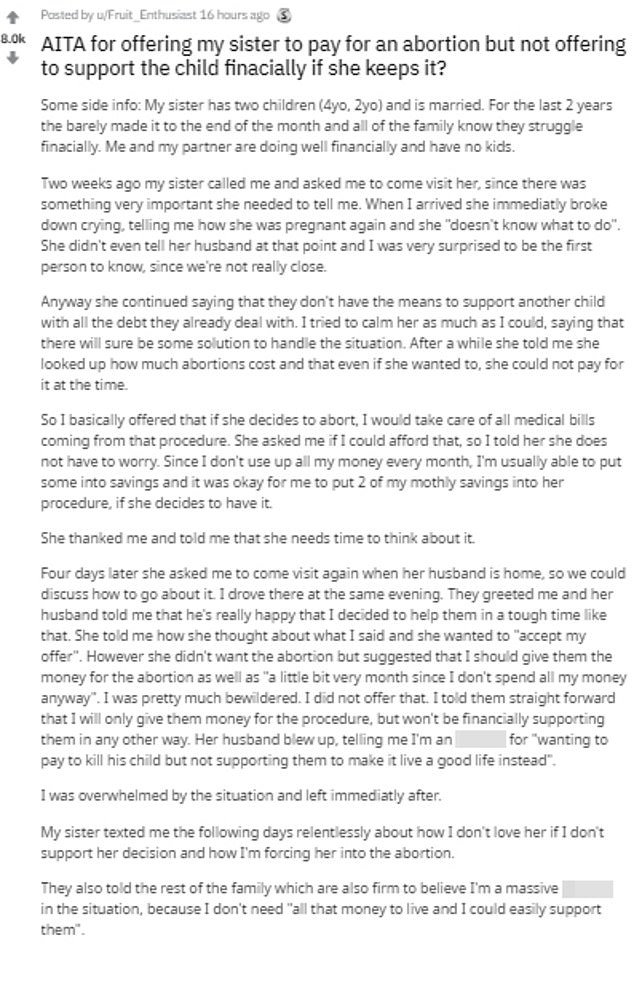 Explaining the situation, the woman said her sister and brother-in-law already have two children, two and four, and already struggle to support themselves financially. She outlined the complex issue in a lengthy Reddit post last night (seen above)

‘However she didn’t want the abortion but suggested that I should give them the money for the abortion as well as “a little bit very month since I don’t spend all my money anyway”.

‘I was pretty much bewildered. I did not offer that. I told them straight forward that I will only give them money for the procedure, but won’t be financially supporting them in any other way.

‘Her husband blew up, telling me I’m an a*****e for “wanting to pay to kill his child but not supporting them to make it live a good life instead”.’

As well as many upvotes, the story received over 1,500 responses, may on the woman’s side

She continued: ‘My sister texted me the following days relentlessly about how I don’t love her if I don’t support her decision and how I’m forcing her into the abortion.

‘They also told the rest of the family which are also firm to believe I’m a massive a*****e in the situation, because I don’t need “all that money to live and I could easily support them”.’

Most people backed the poster, with a hand full branding her sister and her sister’s husband ‘selfish’.

One person said: ‘You offered a one time cost, not a lifelong allowance for not-your-kid.

‘I can understand her ‘selfishness’ due to the stress of her situation, but she is being selfish, and her husband too.’

Another said: ‘I genuinely don’t know how her husband isn’t embarrassed. It’s one thing to hound a blood relative for money, but to turn on the SIL (sister-in-law) and demand a child support payment from her because she doesn’t have kids to support is ridiculous.’ 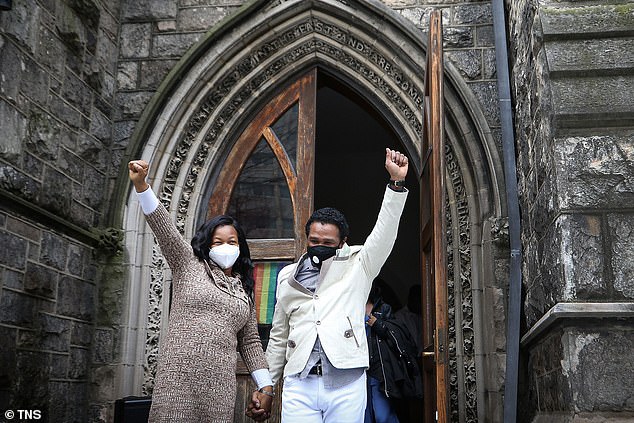 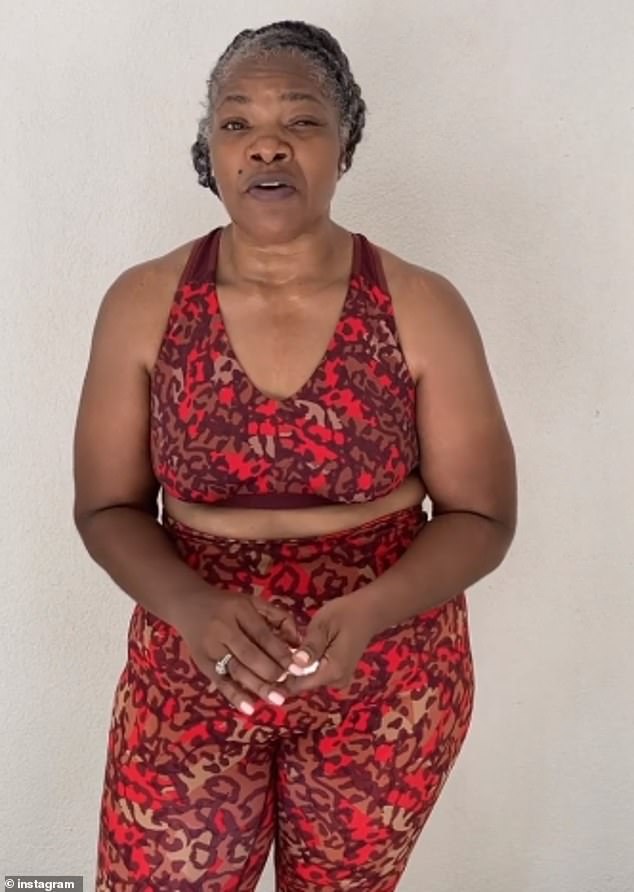 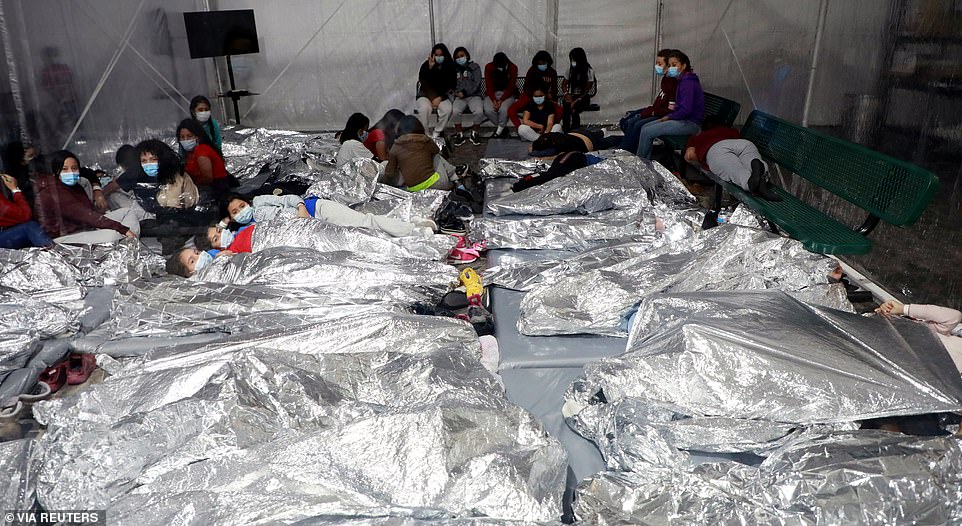 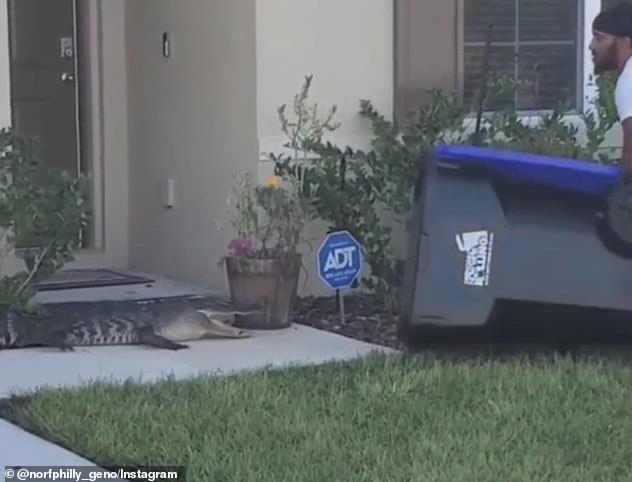 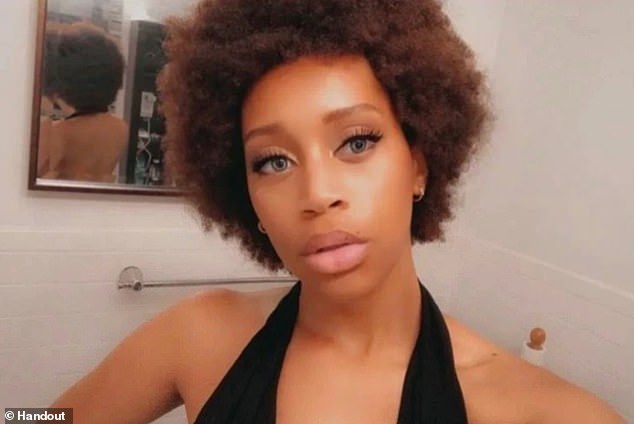 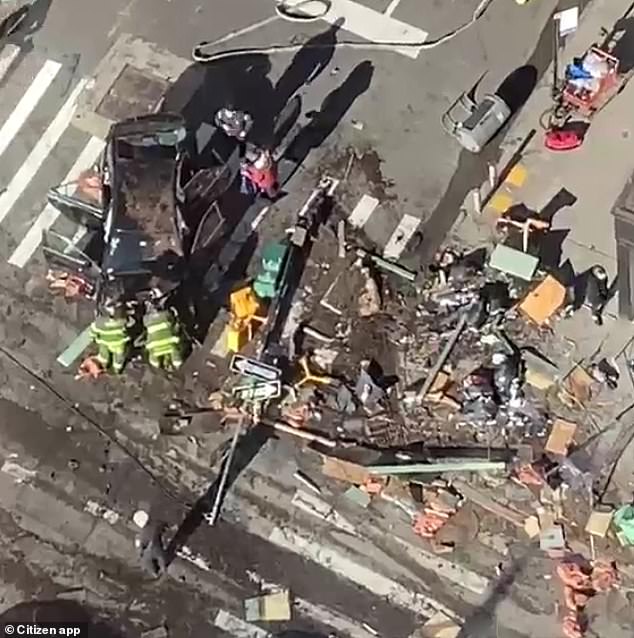 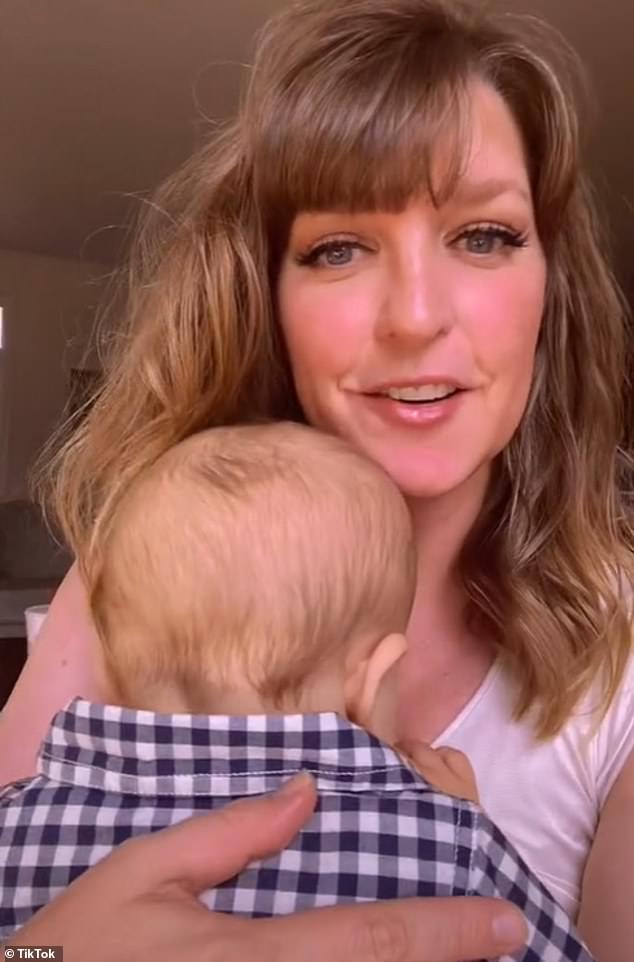