They are two of the most in-demand models in the world, known for their stunning looks and killer physiques.

And Bella and Gig Hadid sizzled in tiny bikinis as they continued to soak up the sun in Mykonos on Tuesday.

The supermodel sisters slipped into scanty swimwear as they made a stylish arrival to the beach, before frolicking in the water on jetskis.

Supermodel sisters: Bella and Gig Hadid sizzled in tiny bikinis as they continued to soak up the sun in Mykonos on Tuesday

Vogue coverstar Bella, 22, paraded her incredible frame in a tiny leopard print string bikini as she walked up the golden sands.

The string top, adorned with gold chains, accentuated her cleavage, and also drew the eye to her enviably honed midriff.

A pair of thong bikini bottoms revealed her pert derriere and her endless bronzed legs. 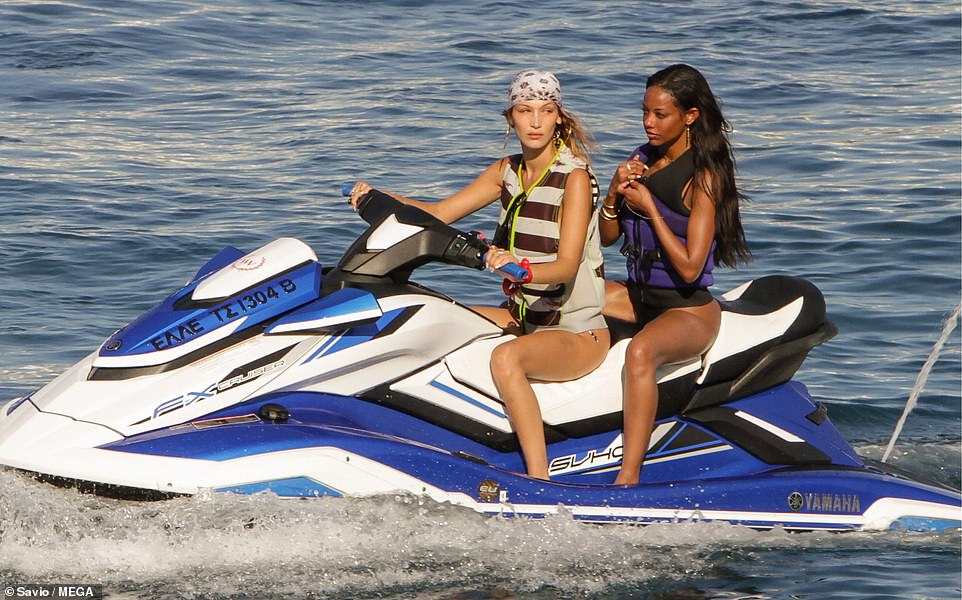 Making a splash: Bella looked serene as she zipped through the waves on a jetski with a pal 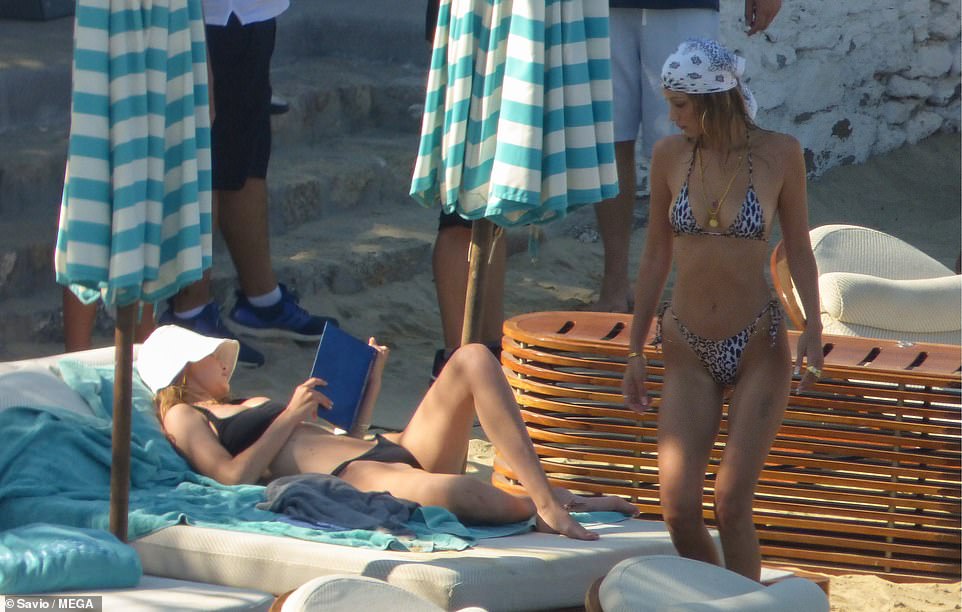 Chat: The sisters were enjoying a chat as they relaxed on the sunloungers during the day

The star covered her newly-blonde tresses with a patterned headscarf and wore shimmering gold hoop earrings.

Gigi, 24, revealed her own lithe frame in a simple, yet revealing black bikini, which teased her perky cleavage.

Showcasing her impressive abs, the beauty also accentuated her lithe legs with a pair of high-rise bikini bottoms. 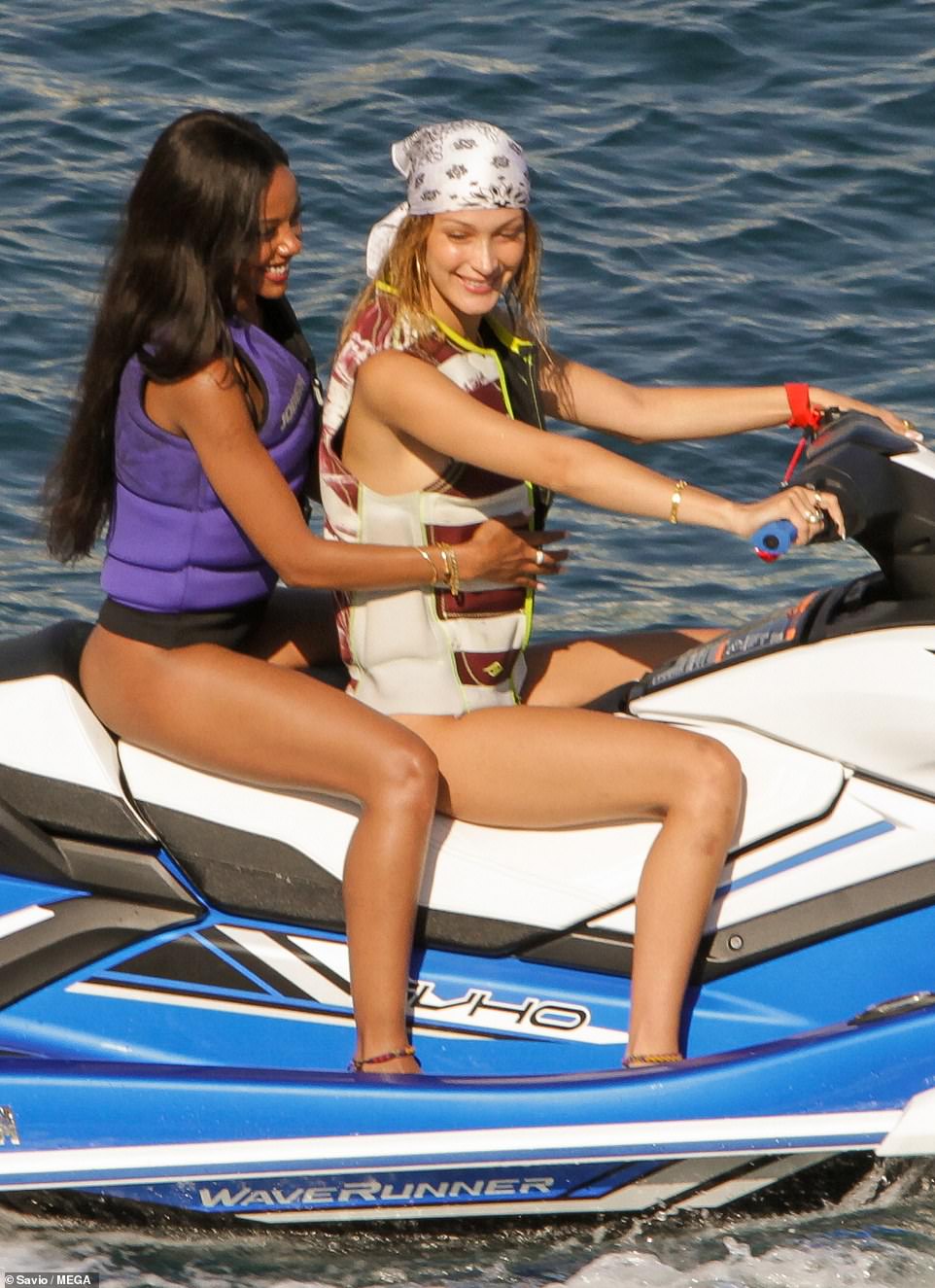 Sunkissed: Bella cracked a relaxed smile as she enjoyed the scenic views at sea

Her caramel tresses were worn in loose waves while a radiant dusting of make-up enhanced her pretty features.

The supermodel sisters have jetted to Greece for their elder sister, Alana Hadid’s 34th birthday.

Meanwhile, the Hadid family getaway comes a week after reports that Bella ‘on the rocks’ with her long-term boyfriend, The Weeknd (real name Abel Tesfaye). 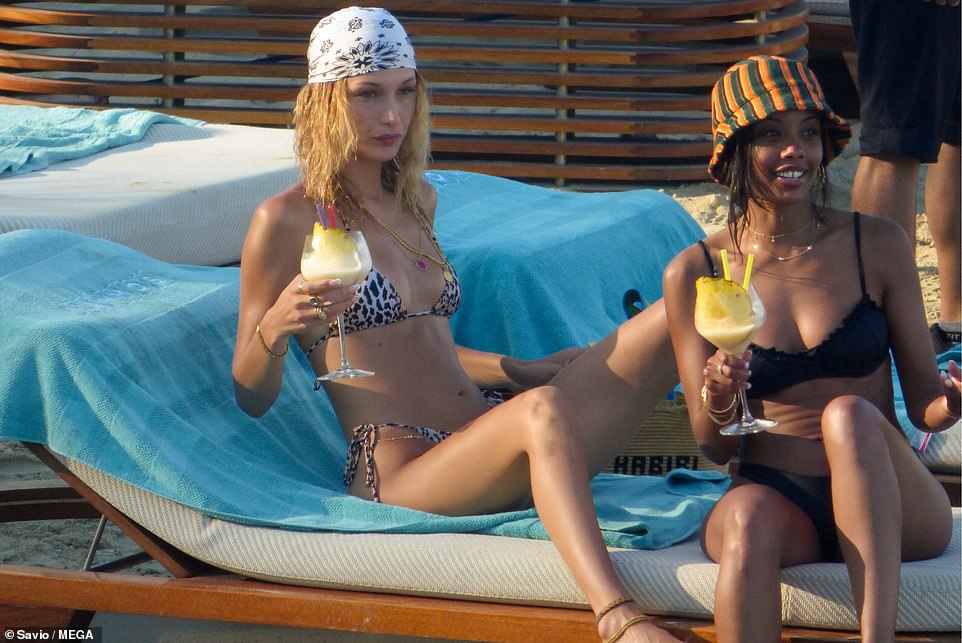 Cocktail o’clock: Bella and her glam pal sipped on some pina coladas at the beach 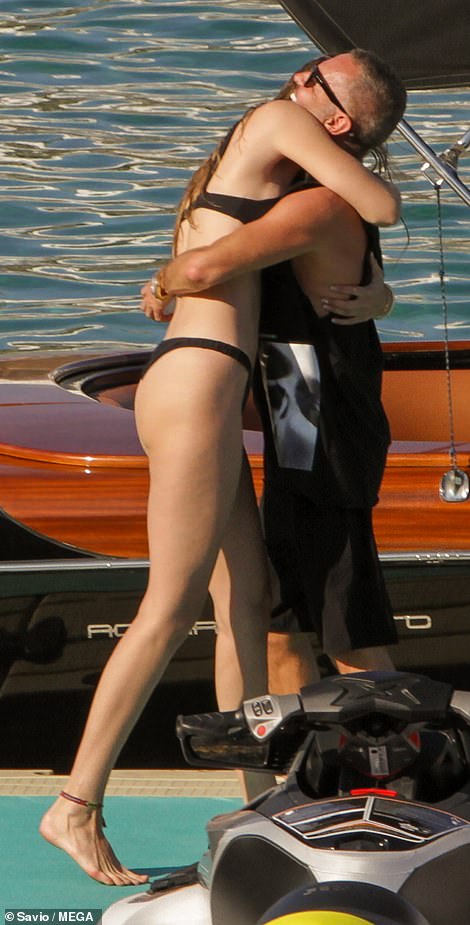 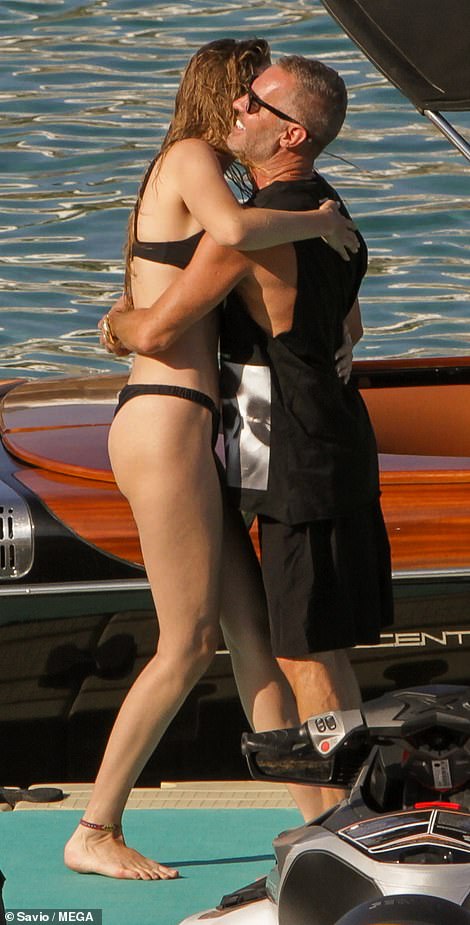 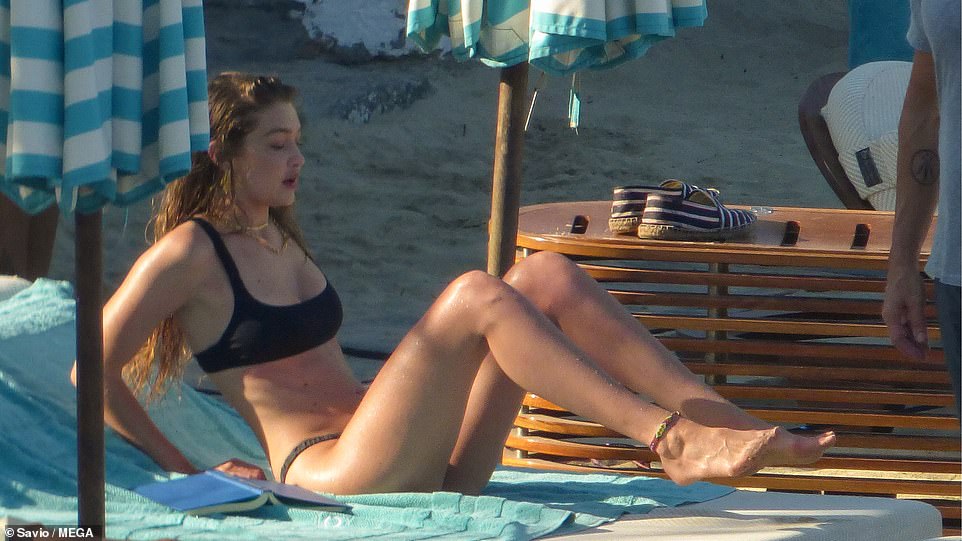 Wow: Gigi showcased her enviably taut midriff as she prepared for a spot of sunbathing 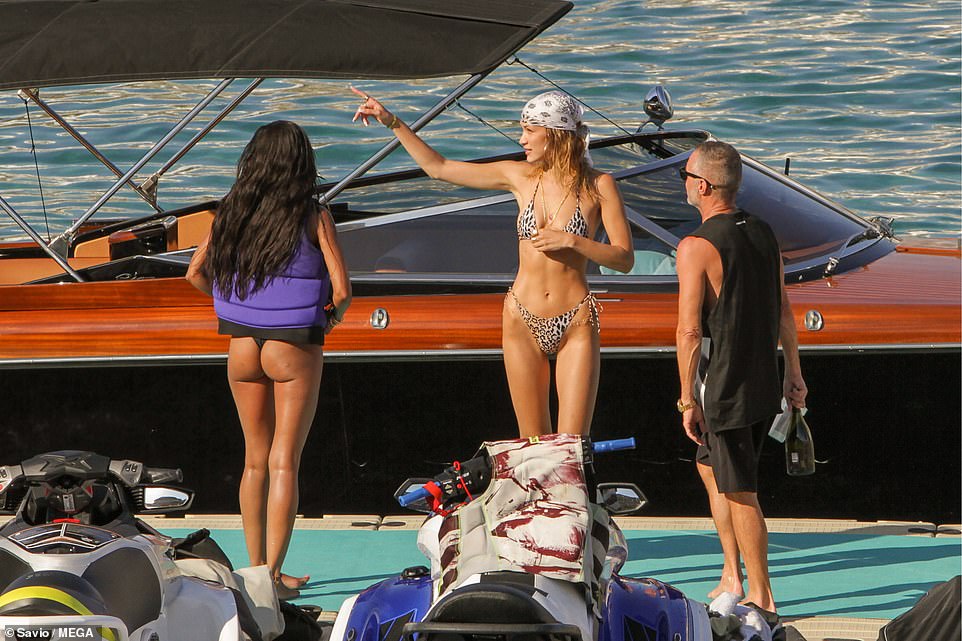 Look of love: The star pointed at something in the distance as she soaked up the sun 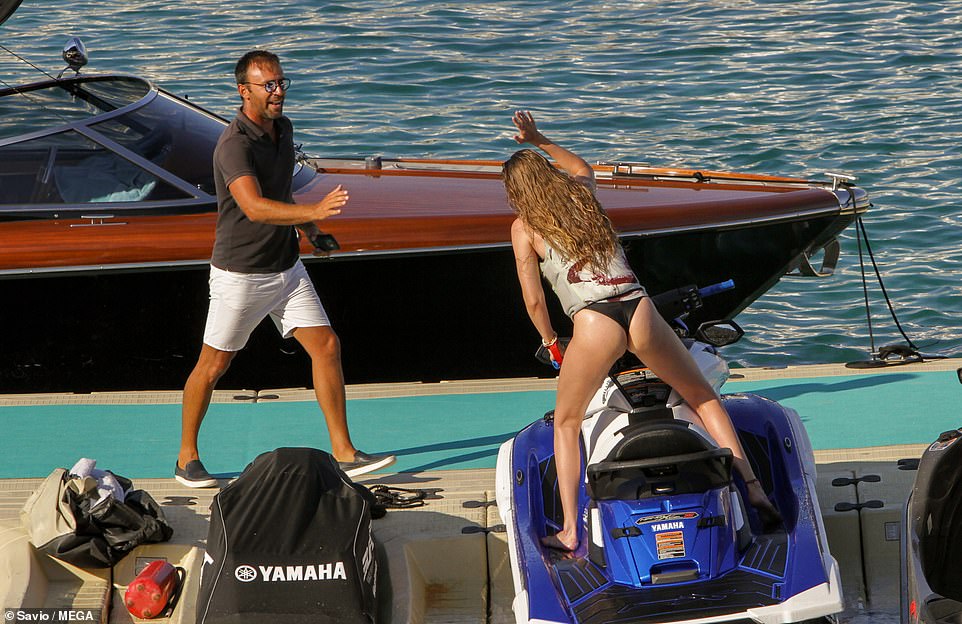 Per: Gigi revealed her peachy posterior in thong bikini bottoms as she climbed onto the jet ski 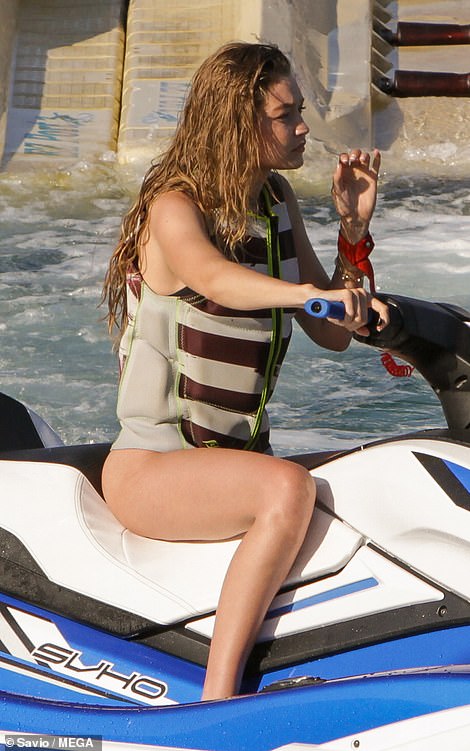 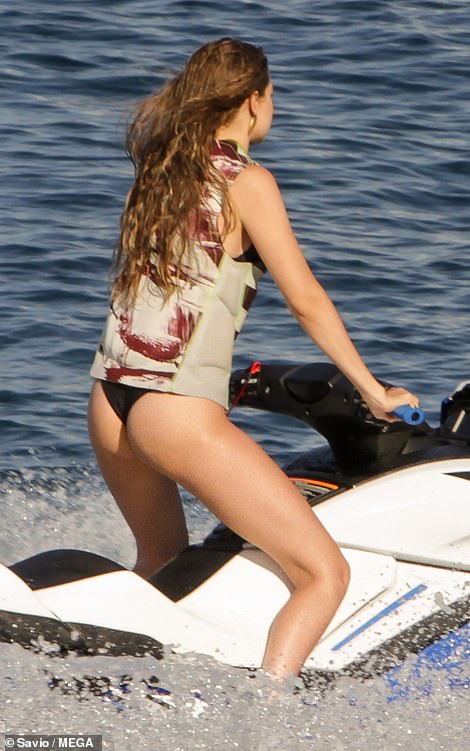 Beach babe: Gigi looked incredible as she took to the waves during the idyllic beach day

According to Metro UK, the pair who’ve been dating on-and-off for about four years are ‘hanging by a thread.’

‘Bella and Abel have had their rough patches in the past, and always managed to make up. But things have now reached an all-time low,’ alleged their source.

‘They are constantly fighting, and friends and family on both sides are beginning to wonder if the relationship might not be what’s best for them. They are now hanging by a thread.’

Chic: Gigi looked sensational as she covered up in a fringed top while relaxing on the beach 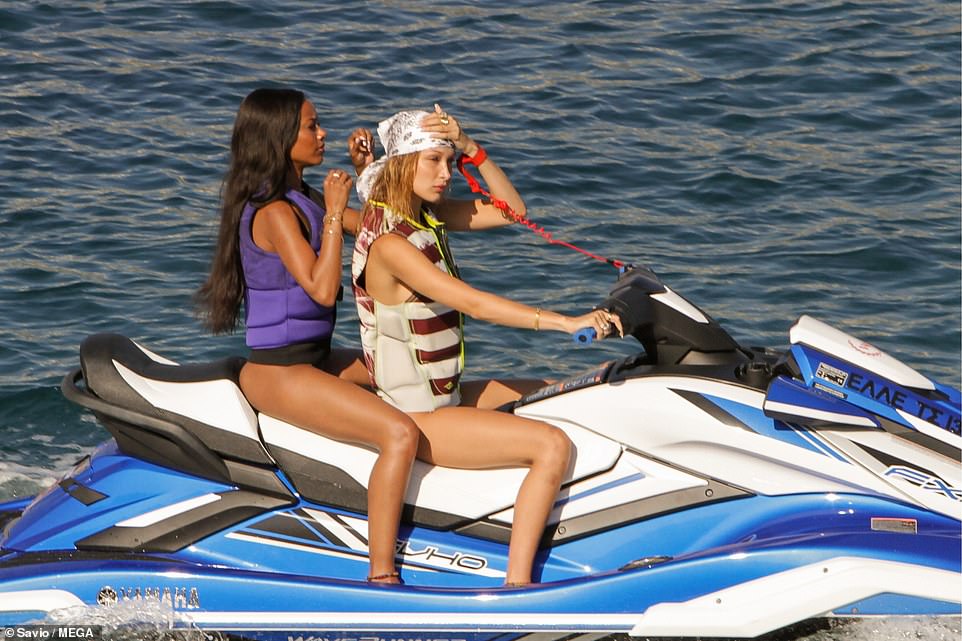 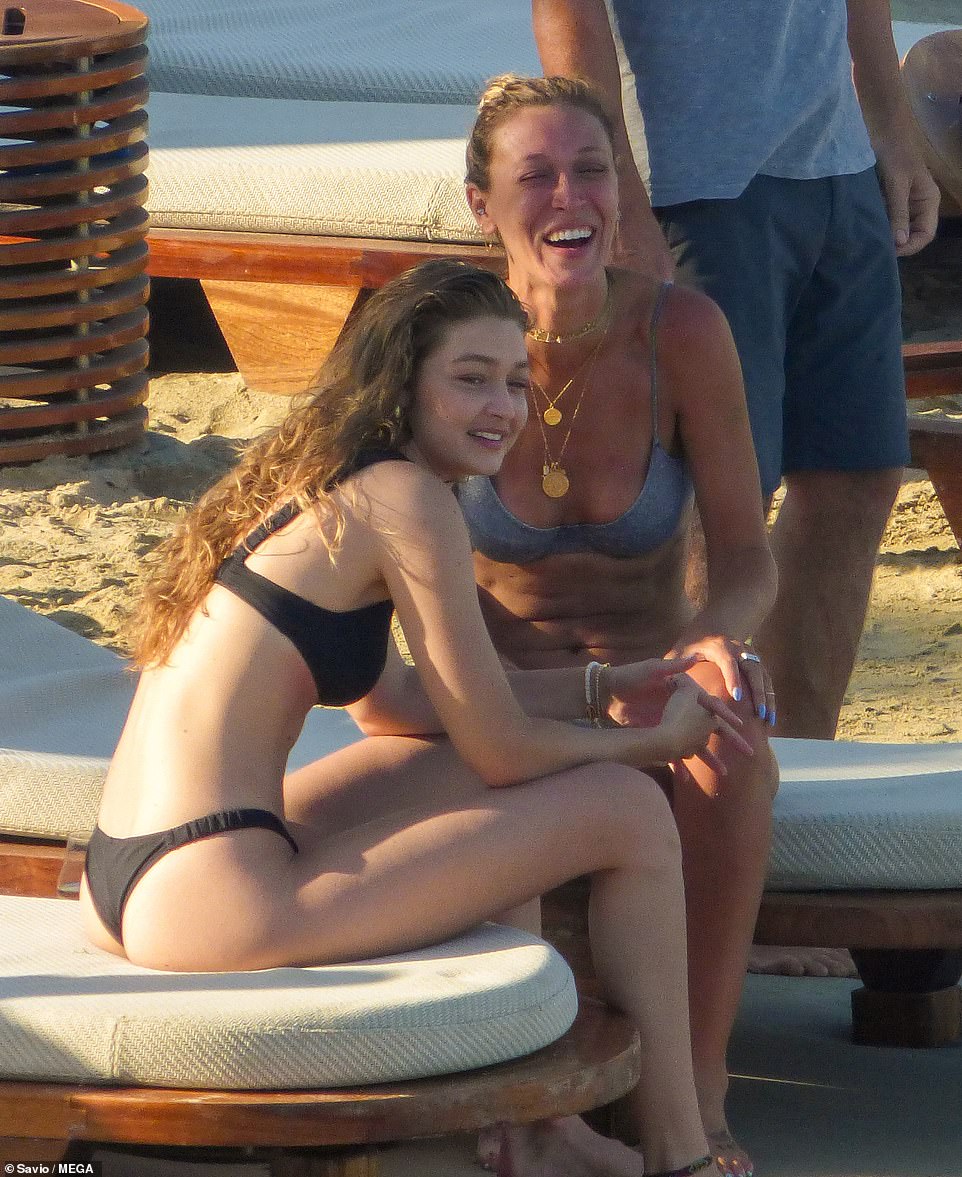 Wow: Gigi looked incredible as she chatted with birthday girl sister Alana at the beach

It comes after Bella has been noticeably spending more and more time with family and friends.

She last shared a post for her boyfriend for his birthday in October 2018 and last pictured on social media with him back in November 2018. 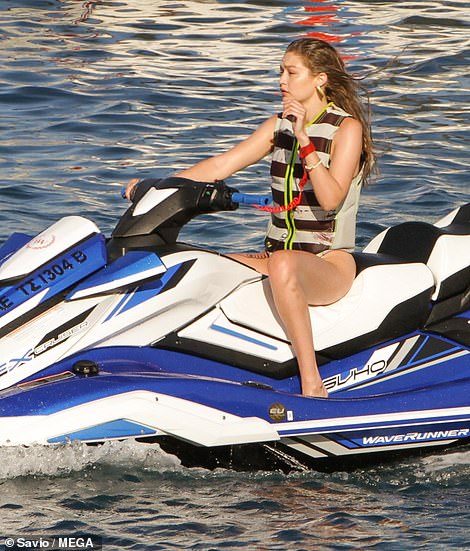 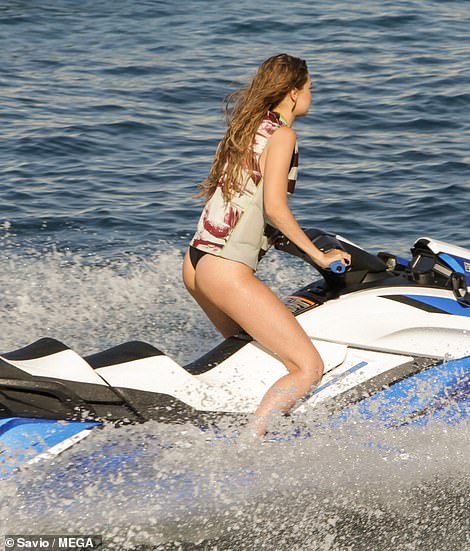