She may not be appearing on the cover, but Meghan Markle still dressed to impress for her recent Vogue photoshoot.

The , 37, wore a stunning embellished tweed pencil Gucci dress with an eye-watering price tag of £2,300.

Meghan will become the first royal to guest-edit the fashion bible, bringing together 15 ‘trailblazers’ and ‘changemakers’ for a special ‘Forces for Change’ September issue.

The sleeveless chic cream gown featured a subtle pale blue, black and pink check pattern and was adorned with a pretty pink rose brooch and grosgrain black ribbon bow just below the neckline.

It hails from the Resort ’19 collection, is designed for a body-skimming fit and is available to buy now at NET-A-PORTER. The Duchess of Sussex, 37, wore a stunning embellished tweed pencil Gucci dress with an eye-watering price tag of £2,300 for her Vogue photoshoot

Get it at NET-A-PORTER

The Duchess of Sussex has joined forces with Edward Enninful to guest edit the September issue of British Vogue.

Whilst she doesn’t appear on the cover of the magazine, Meghan is pictured looking impossibly chic in the workroom of the Smart Works office in London.

She’s wearing a cream sleeveless dress by Gucci in the photo, which features a check print tweed fabric and a pretty rose and ribbon bow brooch. Chanel might be known as the boucle experts, but Gucci has its fair share of perfect tweed pieces, and we’re in love with this one!

It hails from the Resort ’19 collection and is available to buy now at NET-A-PORTER, so click (right) to invest in a classic.

Or if you’re feeling the need for tweed after seeing Meghan looking so glowing, how about one of the more affordable alternatives from our edit below instead? SHEIN, River Island, Mango and SilkFred have all got options that will do the trick.

While the image shared of the duchess is in black and white – a style seemingly favoured by her and husband Prince Harry – Meghan has visibly opted for soft, natural make-up.

She wore her long brunette locks loose and wavy and is seen inspecting a rack of garments in the workroom of the Smart Works office in London – a charity that donates clothing to disadvantaged women.

The duchess is fan of the Italian fashion house, having carried a small black satin Gucci clutch bag costing £1,680 to The Lion King premiere earlier this month.

Meghan, a former actress and avowed feminist, had initially been asked to appear on the cover herself, but Vogue’s editor-in-chief Edward Enninful said she refused as she thought it would appear too ‘boastful’.

Instead, the new mother, who gave birth to son Archie in May, has selected a line-up of women she admires. 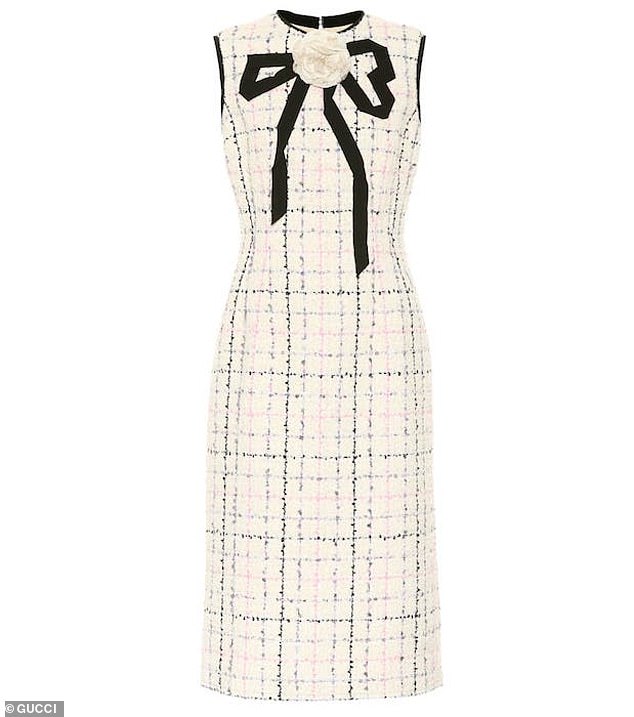 It includes celebrities, politicians and activists known for championing issues such as diversity, body positivity, transgender rights and climate change.

The 16th image on the cover is a mirror to ‘include the reader and encourage them to use their own platforms to effect change’ – the duchess’s idea.

Though some have criticised the duchess for failing to include the Queen in the magazine and for ignoring nurses, doctors, lawyers and teachers on the cover. 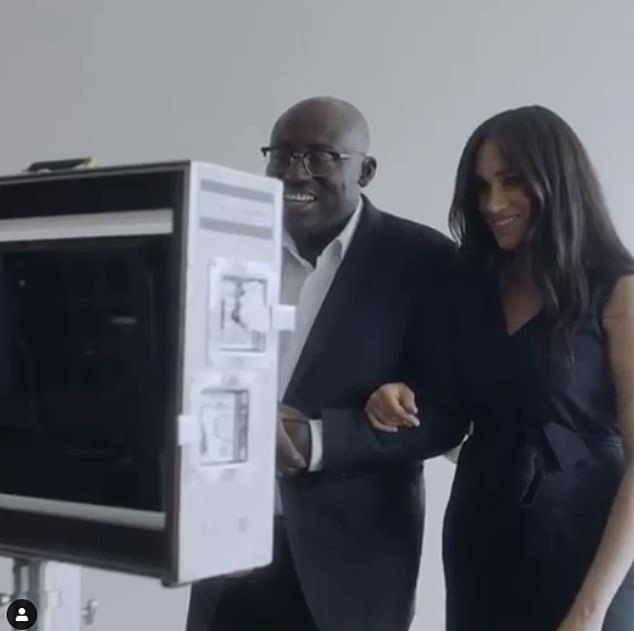 Meghan, a former actress and avowed feminist, had initially been asked to appear on the cover herself, but Vogue’s editor-in-chief Edward Enninful (pictured left) said she refused as she thought it would appear too ‘boastful’

In a video posted to the Sussex’s Instagram page today, a visibly pregnant Meghan appears alongside Enninful as they put the finishing touches to the magazine.

The post says the Duchess spent the last seven months creating ‘an issue of inclusivity and inspiration, focusing on what connects us rather than what divides us.’

Meghan said she wanted to focus on the ‘women she admires’ from the ‘frontline of fashion, film, tech and wellness’.

She has also selected content for the issue which, according to Enninful, shows she is willing to wade into issues of ‘female empowerment, mental health, race or privilege’.

It is believed the magazine will feature an article on Smart Works, one of the UK charities of which Meghan is a proud patron. 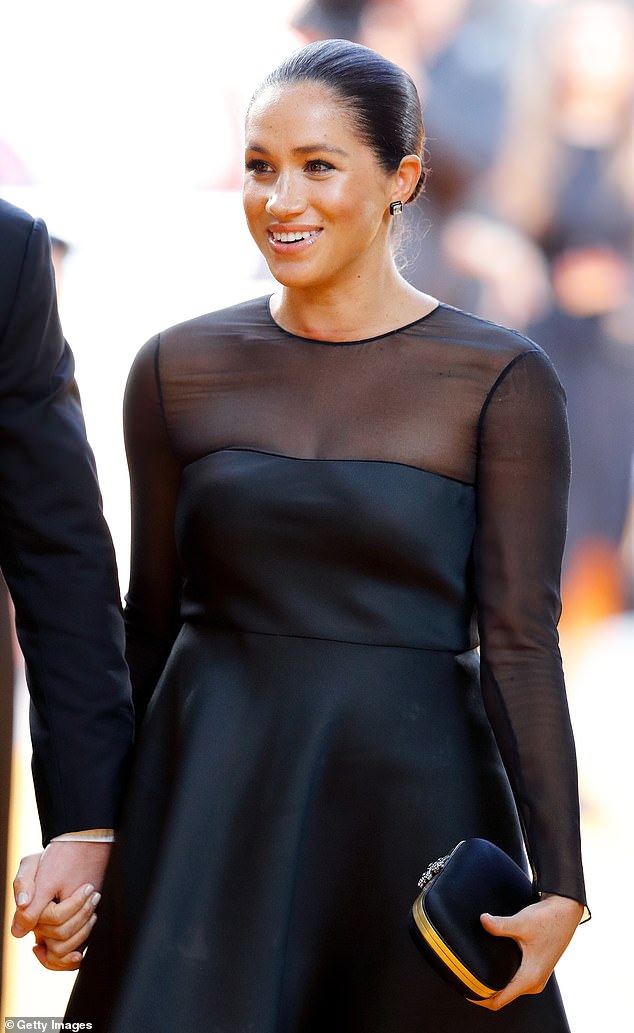 Meghan said she wanted to focus on the ‘women she admires’ from the ‘frontline of fashion, film, tech and wellness’. Pictured at The Lion King premiere earlier this month carrying a Gucci clutch bag

Critics have also hit out at Meghan for promoting her friends and ‘involving herself in politics’.

The cover represents one of the most radical moves in Vogue’s 100-year history, with the magazine saying it considers the new September issue to be its most important edition of the year.

Prince Charles, Prince Harry and the Duchess of Cambridge have all tried their hand at being journalists in recent years to plug causes close to their hearts.

Kate was also the cover star of the Vogue centenary issue in 2016. However, rarely has a collaboration been so ‘woke’ – a political term for being socially aware over issues such as race and sexual equality.