During an interview with Nunes, a ranking member of the House Intelligence Committee, said Sunday that following Mueller’s testimony in front of Congress on Wednesday, ‘It’s clear that Mueller didn’t write the report’ that colloquially bears his name.

Nunes then said that he and, presumably, other , believe that there were ‘five or six lawyers involved’ in the writing of the 448-page report and that they’re ‘still trying to get to the bottom of that.’ 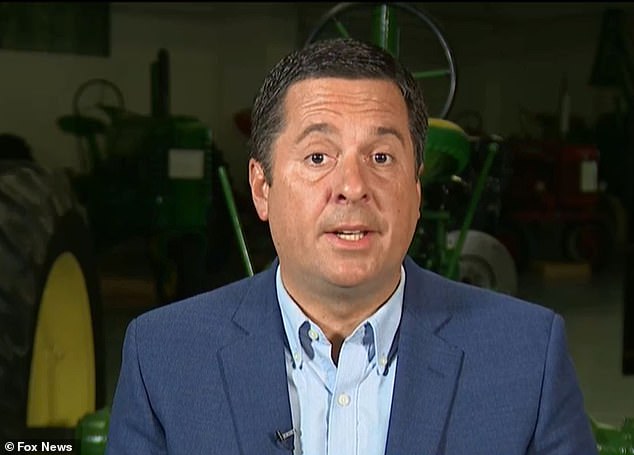 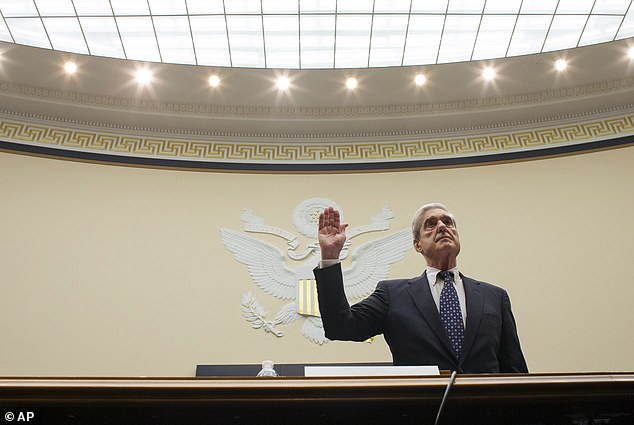 Nunes seems to have based his statement on the fact that Mueller declined to answer questions from Republicans that challenged various aspects of the two-year-long investigation, while largely repeating what was already revealed inside the report when answering questions from the Democrats.

According to Nunes, Mueller’s reluctance to say anything that wasn’t already recorded in the lengthy document indicated to him that ‘one of the main takeaways is we still don’t have any Russians.’

‘We don’t know who the Russians were who supposedly colluded with the Trump campaign. Why? Because there were none, and that’s what we said two and a half years ago,’ Nunes added.

Nunes said that there is actually evidence of Democrats colluding with Russians, but ‘clearly Mueller and his team of lawyers and 40 investigators and $40million didn’t bother to look for those Russians.’ 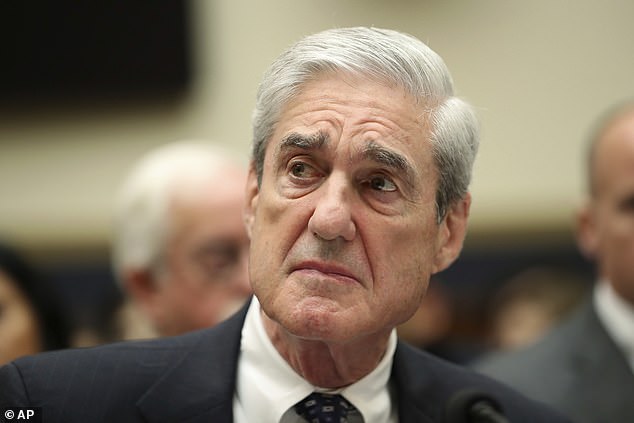 Nunes said that he and others suspect there were ‘five or six lawyers involved’ in the writing of the 448-page report, which he doesn’t believe that Mueller (pictured Wednesday) wrote 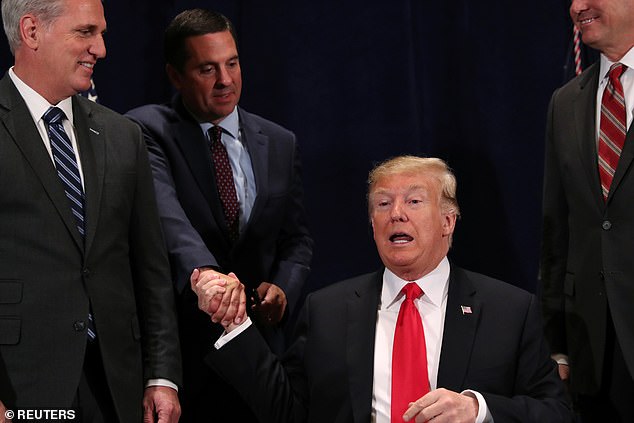 Nunes also mentioned that the committee was also ‘trying to figure out’ when the FBI really started to investigate Russian interference into the 2016 presidential election because ‘it’s clear that the FBI did not open the investigation on July 31,’ 2016 as stated, because ‘That’s in the paperwork.’

‘What we’re trying to figure out is when did the FBI really start to run the investigation, what types of processes did they use, what was the predicate, because it really looks like they were spying on the Trump campaign,’ Nunes said.

All told, Nunes said that Mueller’s testimony left ‘Lots of questions, and not many answers on Wednesday.’

During his testimony, Muller declined or deferred nearly 200 questions from committee members, citing not wanting to speculate, being unable to detail internal Justice Department deliberations and being under orders not to broach specific topics.

At times, Mueller, 74, stumbled during answers, asking fast-talking lawmakers to repeat page citations and repeat their questions. He sometimes had to scan the hearing room to locate questioners.

Although his stock answer was to say issues were beyond the purview of his mandate, he also appeared not to recall specific information at times.

‘Where are you reading from?’ he asked one member, Rep. James Sensenbrenner. ‘I am reading from my question,’ the Wisconsin Republican lawmaker told him.

Under questioning by Republican Rep Steve Chabot, Mueller didn’t show immediate familiarity with political intelligence firm Fusion GPS, a key player in the trail of the Steele Dossier, and a fixture of attention of President Trump and GOP critics of the Mueller probe.

Viewers reacting on social media called out Mueller’s unsteadiness early on, remarking that he was acting ‘like a confused old man’.

Some said the wobbly performance could be a delaying tactic on the part of the special counsel to frustrate Republican committee members determined to discredit findings that are damaging to Trump.