A British tourist has revealed how she was left four inches shorter after breaking her spine on a water slide in Majorca.

Aspiring teacher Jennifer Proctor, from Dunstable, Bedfordshire, was at the Aqualand park on the Spanish island when she claims she was thrown from a board used on the ‘Banzai’ slide.

The 25-year-old suffered severe spinal fractures in the accident before undergoing surgery abroad, including fusion of two spinal vertebrae and the insertion of metal rods and pins in her body.

She then suffered from a recurring sepsis infection for several months after the treatment and claims the fractures to her spine have left her four inches shorter.

Ms Proctor, who was in Majorca with her partner Jodie Morgan at the time of the accident, told MailOnline she was not given instructions on how to sit on the board before going down the slide. 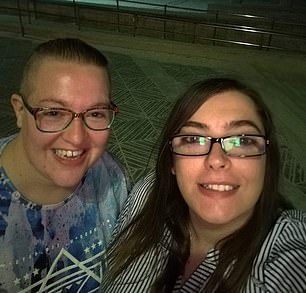 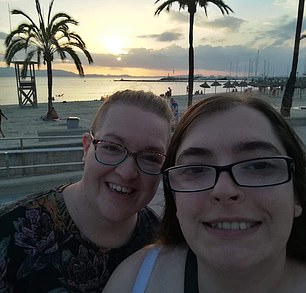 Jennifer Proctor (right) was enjoying a day out at Aqualand on the Spanish island of Mallorca with her partner, Jodie Morgan, in September 2018 when she was involved in an accident on the ‘Banzai’ water slide 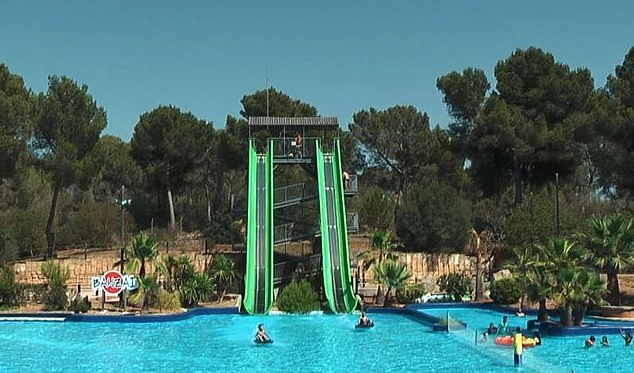 Jennifer said she was involved in an accident on the ‘Banzai’ water slide (pictured), which she claimed resulted in her sustaining severe spinal fractures

Jets at the top of the slide propel the rider to speeds of up to 40 mph. The ride stands at a height of around 40ft.

The intention is that the slide enables you to ‘fly’ across the water on your board upon landing in the pool below.

While her memory of the accident is hazy, she says she can remember her board feeling like it had ‘hit’ something as she was going down the slide and she was thrown off it.

She then says she hit the water below with such force that her spine was severely fractured.

Ms Proctor says she was left with no choice but to leave her job as a retail manager at Road Chef while she underwent two operations. 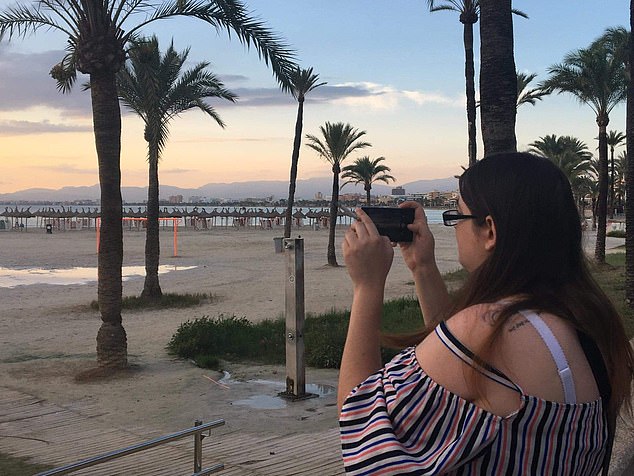 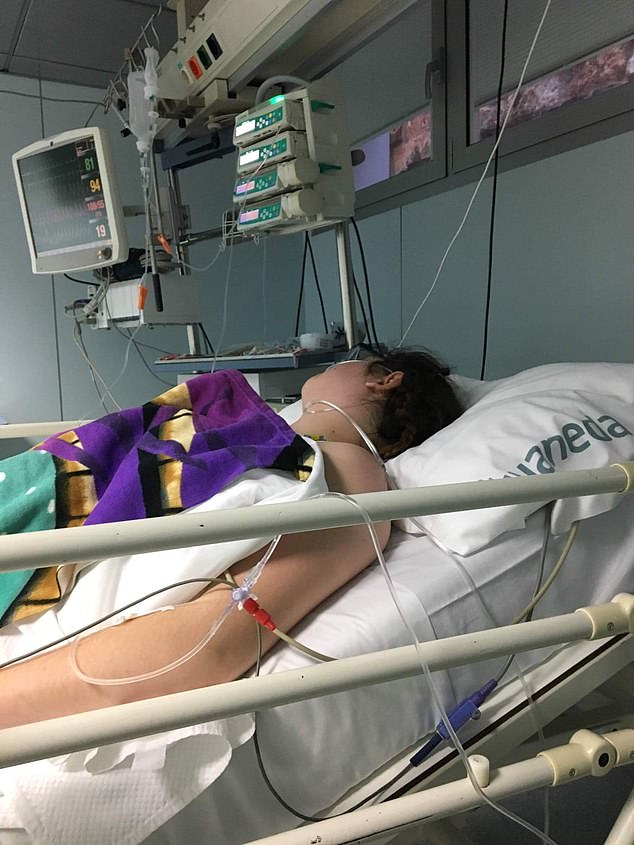 She said she is now able to walk again but is awaiting a third surgical procedure later this year.

She has been able to carry out occasional office work as a QA Tester.

Ms Proctor said: ‘The past 10 months have been awful. I thought I would have the time of my life on holiday, but instead it quickly became a nightmare.

‘Having to undergo surgery abroad, away from family and friends, was extremely difficult, and I feel that my life has been turned upside down by my injuries.

‘I just hope that I can get the answers I am looking for as to what happened.’

Following the accident, she appointed specialist international injury lawyers at Irwin Mitchell to investigate what happened to her. 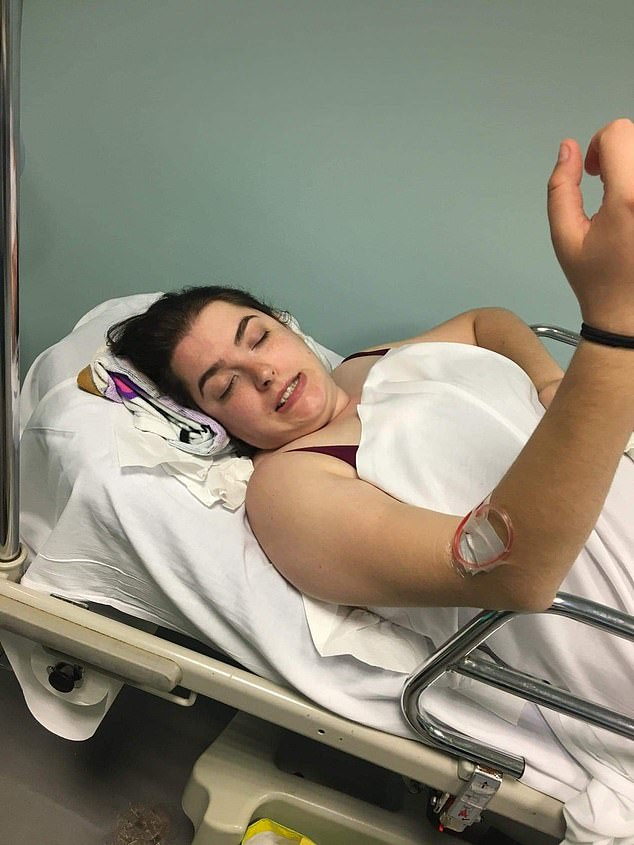 Virginia Zarin, the lawyer at Irwin Mitchell representing Jennifer, said: ‘At this time of year, a lot of people are heading abroad for their Summer holiday. Unfortunately, in some cases the holiday doesn’t turn out as expected, and in Jennifer’s case it was totally ruined.

‘Jennifer loves swimming and was absolutely devastated to learn she had sustained severe fractures to her spine. Her life has been completely turned upside down, and we hope that by discovering what happened we can at least get some answers that Jennifer needs to move forward.’