A nuclear police officer has been criticised for attempting a kung-fu kick while holding his assault weapon as part of the ‘bottle cop challenge’.

The unnamed officer can be seen spinning round before removing a water bottle’s top with just his foot as another officer holds it in the air at the Dungeness nuclear power plant in Kent.

The Civil Nuclear Constabulary posted the clip on Twitter but soon deleted it, reports the . 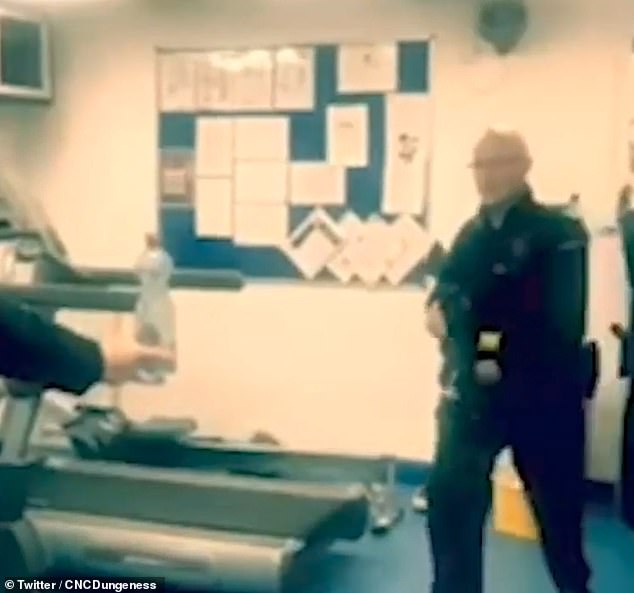 In the clip, the nuclear police officer can be seen brandishing his assault weapon while another officer holds up a water bottle

Those involved in the footage have since been reproached for their actions.

‘What do you think of our effort for the #bottletopchallenge? Do any of our policing friends fancy rising to the challenge? @nuclear­police #police #bottlecapchallenge,’ the original tweet said.

The Civil Nuclear Constabulary protect nuclear sites across the UK, as well as guarding the safe transfer of any nuclear materials.

There are ten sites across the UK, eight of which have armed police. There are 1,500 officers in total.

One angry local said: ‘Armed police d****** about with firearms while people are getting stabbed on the streets?

‘How can you be an armed officer and do things like that?’

Officers from the CNC are occasionally deployed to other areas during terror attacks, including the Manchester bombing in 2017.

A spokesperson for the CNC told the Sun: ‘We were made aware of a tweet from Dungeness which contained a video of the bottle-top challenge.

‘The officer has been given appropriate management advice.’ 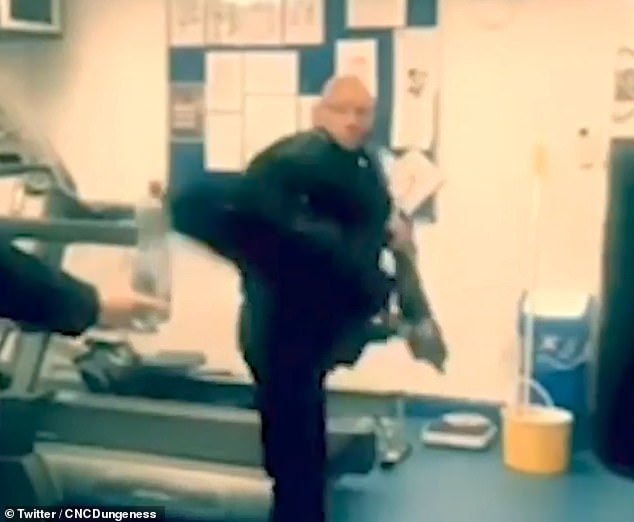 He then turns and spins before kung-fu kicking the top of the bottle of water off at the Dungeness nuclear power plant in Kent. 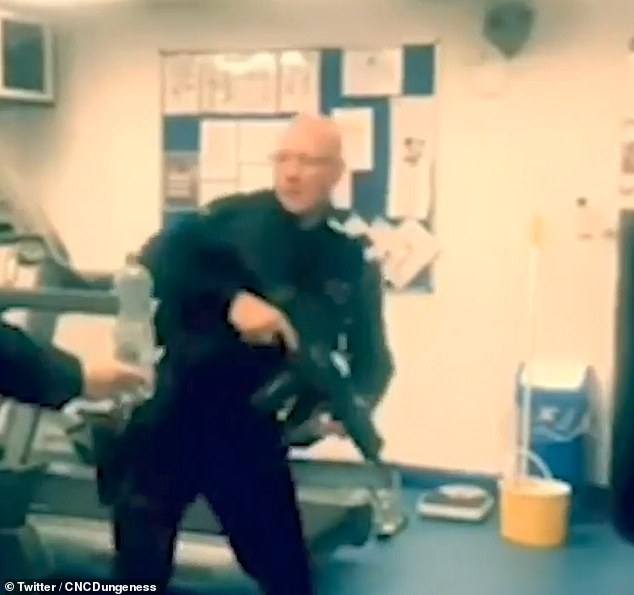