She recently revealed her plans to slide into Ovie Soko’s DMs if he leaves the villa single.

And Megan Barton Hanson has changed up her look – perhaps to ensure she matches the basketball player’s ideal brunette type – as she debuted a new hair look on Instagram on Sunday. 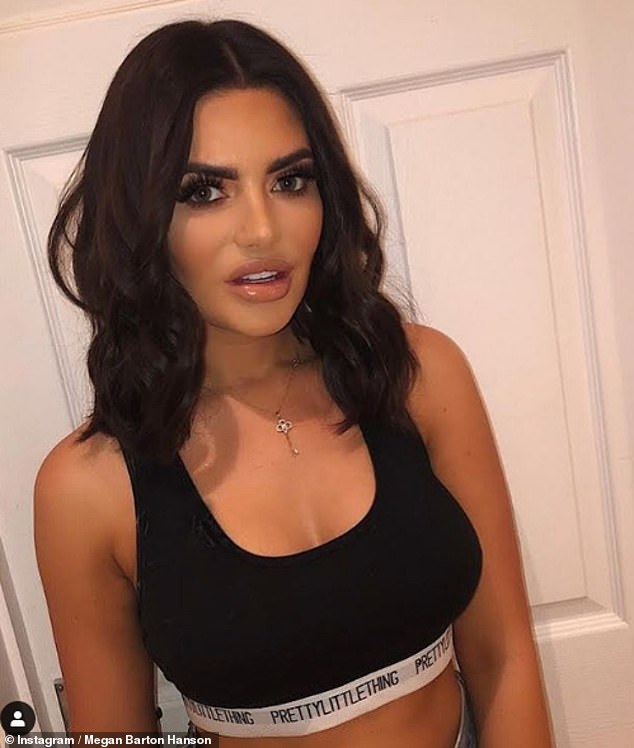 Make like Megan wearing a logo bra from PrettyLittleThing

You can never have too much sportswear. Fact!

On hand to provide today’s dose of inspiration is Megan Barton-Hanson, who looked stunning with her new dark locks.

Her sports bra instantly caught our attention as we can see it slotting rather nicely into our own wardrobe. It’s from PrettyLittleThing and has a classic scoop neckline, racer-back and stretchy fit. Comfort and style? Check, check!

We’re absolutely loving the logo band at the bottom of the bra. The white contrasts against the black material and gives this a sports luxe vibe that we are really into.

What’s more, this bra is only £10, making it an absolute steal! Click (right) to make it yours.

Alternatively, you can channel Megan’s look by shopping the options that we’ve lined up below. With styles from Missguided, Calvin Klein, Vetements and Moschino, there’s something to suit every budget.

She captioned the shot, ‘New Me – thank you @joel_maghair21 & @remibutlerbeauty’, while wearing a black sports bra bearing the Pretty Little Thing logo.

Megan’s new look comes after she confessed Ovie, who is romancing model India Reynolds in the Love Island villa, has caught her attention.

The reality TV star shared that she has a huge crush on the 6ft 7in hunk, 28, as she joked she starred on the ‘wrong’ year of the ITV2 summer show. 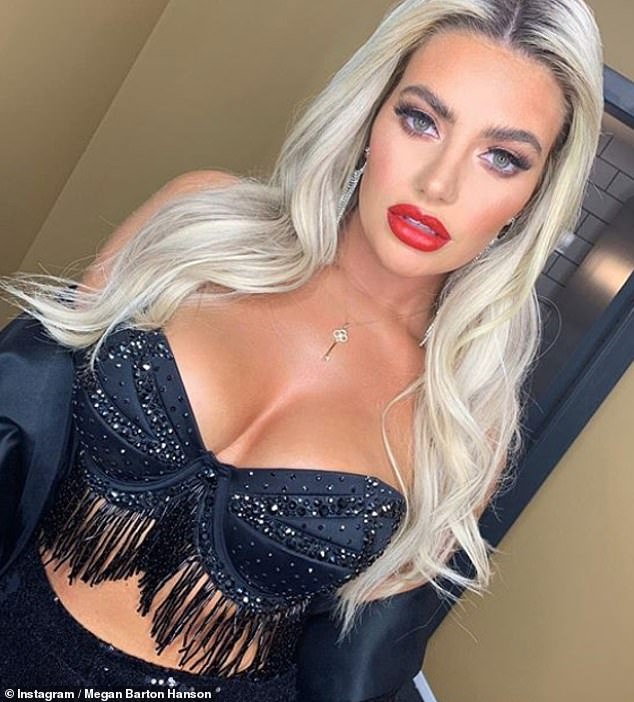 She said in an interview with Heat magazine: ‘I was messaging all my friends like a school girl saying, “Oh my god, I was in the wrong year! I need that 6ft 7in piece of a**!” I’d be up for a date with him when he gets out.’

However, Ovie appears to besotted with former glamour model India inside the villa and the couple appear to be going from strength to strength.

Megan has been officially single since she split from her Love Island co-star Wes Nelson after a very public spat ended led to their split in January. 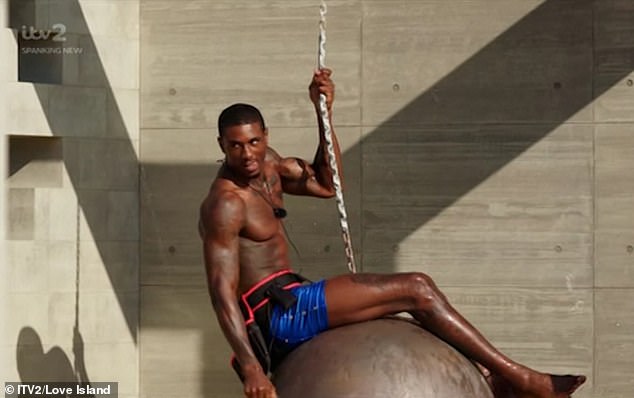 Eye candy: The reality TV star shared that she has a huge crush on the 6ft 7in hunk Ovi , 28,(pictured)  as she joked she starred on the ‘wrong’ year of the ITV2 summer show 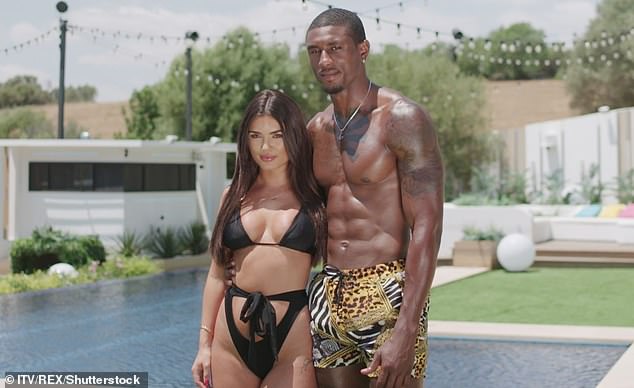 Loved-up: However, Ovie appears to besotted with former glamour model India inside the villa and the couple appear to be going from strength to strength

The former stripper and the engineer had a number of explosive rows over claims he cheated on her with his Dancing On Ice partner Vanessa Bauer.

Megan admitted she and Wes no longer speak and she has no plans to maintain a friendship with her ex.

She added: ‘We don’t speak, whatsoever. I don’t want a friendship with him. There is definitely nothing to talk about. I have moved on. I’m in a really happy place and I’m just surrounding with positive, truthful, honest people.’

Megan’s claims come amid claims she has been ‘romancing’ TOWIE’s Demi Sims after the pair met on Celebs Go Dating.

A source told The Sun Online: ‘Megan and Demi met on the show and have been dating ever since.

‘It’s really serious. They like each other a lot and it’s the real deal. Of course it’s not the ideal scenario for the Celebs Go Dating bosses as the celebrities aren’t meant to date each other, but it’s happened and they’re not hiding it.’ 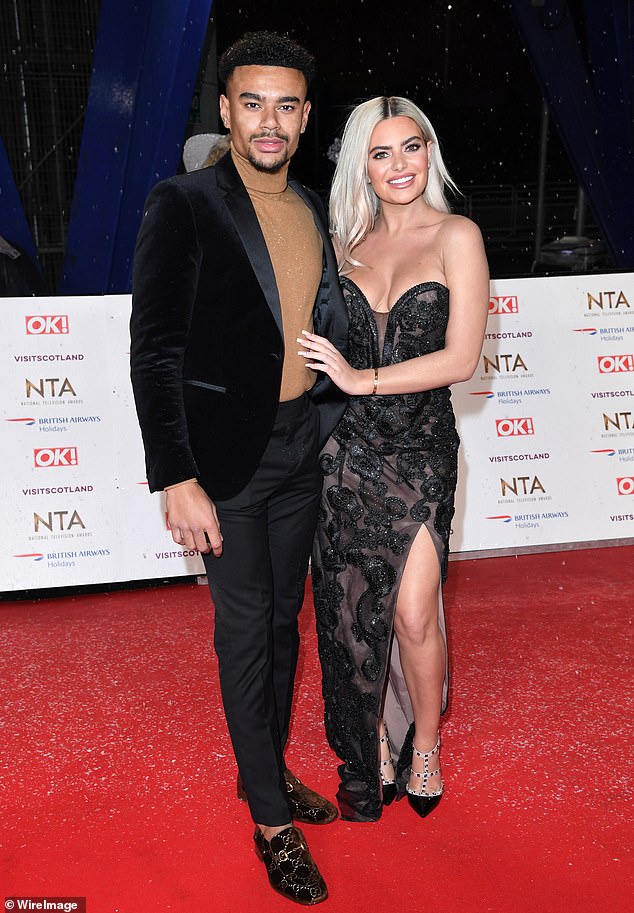 Awkward: Megan has been officially single since she split from her Love Island co-star Wes Nelson after a very public spat ended led to their split (pictured in January this year)