A man traveling through a San Francisco building caught on camera what looks to be ants scurrying over glass – but it turns out the sight was actually not what it seems.

Twitter user DannyDutch posted a video of little, oblong black shapes moving back and forth over a frosted glass grid.

At first glance, the dots appear to be ants on a glass ceiling, but that’s a far cry from what they actually are. 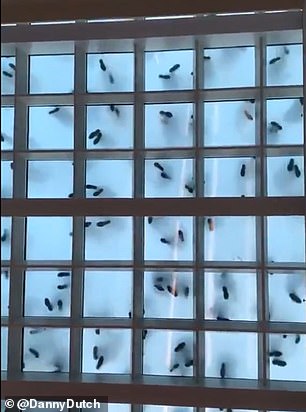 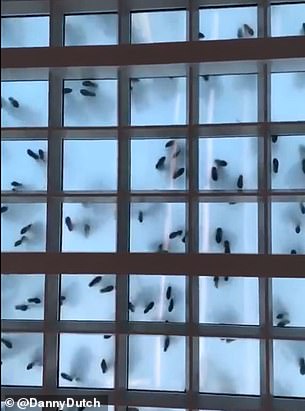 DannyDutch said that the video, showing salsa dancers’ feet, was taken from below 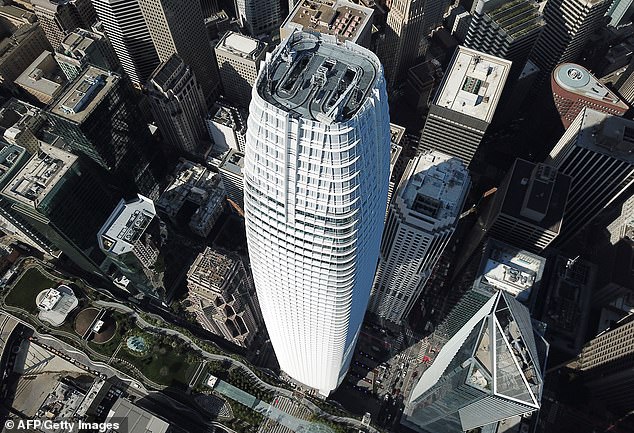 ‘A Salsa class filmed from below looks like very busy ants,’ DannyDutch in his tweet accompanying the video.

Upon closer inspection, it’s possible to identify who is leading and following in the dance pairings, as well as see the couples spinning and moving back and forth on the beat.

The video was apparently shot at San Francisco’s STC building, according to ,  and shows the dancers moving on a glass floor while DannyDutch appears to have been standing on an up escalator.

‘I’m not gonna lie. It gave me the heebie jeebies,’ wrote Twitter user @SeduceMeInWords upon watching the video.

Other tweeters were quick to point out how similar the dancers seen from below resembled the disappearing footsteps in Harry Potter’s Marauder’s Map.

Vigil held for slain California cop after murder suspect was arrested
'We're in the building.' Socialist star Alexandria Ocasio-Cortez boasts of Vanity Fair photoshoot
People are sharing the craziest things to happen to them during sex
Trump will ask Congress for $8.6 BILLION to build his wall, setting up ANOTHER clash with Dems
Missing man sought in 2nd wife's death, raising questions about death of his first wife
Kansas man slips off wet porch and lands in a puddle - after taking the time to put up his umbrella
New York promises fines of up to $250K for saying 'illegal alien' and threatening to call ICE
Maryland boy hands out 'Hero Boxes' to homeless vets for Thanksgiving